Belize is a beautiful Central American country known for its world class scuba diving, lush rain forests, pristine beaches, and friendly people. However, it is also the ancestral heartland of the ancient Maya. These ancient people originated in the Yucatan Peninsula around 2600 B.C. By 250 A.D., their civilization encompassed southern Mexico, Guatemala, Belize, and Honduras. In recent years, archeologist and cultural anthropologists have concluded that the center of Maya civilization was Belize. The country is an exciting place for these professionals. While Maya temples, cities, and ceremonial sites have been discovered, many think this is just the tip of the iceberg and there is yet a treasure trove of artifacts to be found.

Here are 15 fascinating facts about the ancient Maya:

Many believe that the Mayan calendar predicted that the world would end in 2012. However, the Mayan calendar was not meant to forecast an apocalypse. Designed based on the alignment of stars, the end of the calendar simply signified that a new astrological age was beginning.

The ancient Maya believed the Earth began in 3114 B.C., which is when their calendar begins. Their creation story shares surprising parallels to the Bible. They believed that animals were created before people and that “artisan gods” created the heavens and earth.

They believed that flat foreheads and large noses were beautiful. Young children had boards clamped to their heads to elongate their skulls, and people with small noses might wear prosthetics. Tattoos were also considered beautiful, and both men and women would adorn themselves with ink.

Children were named based on the day they were born. Each day had a specific name assigned to it for both boys and girls. 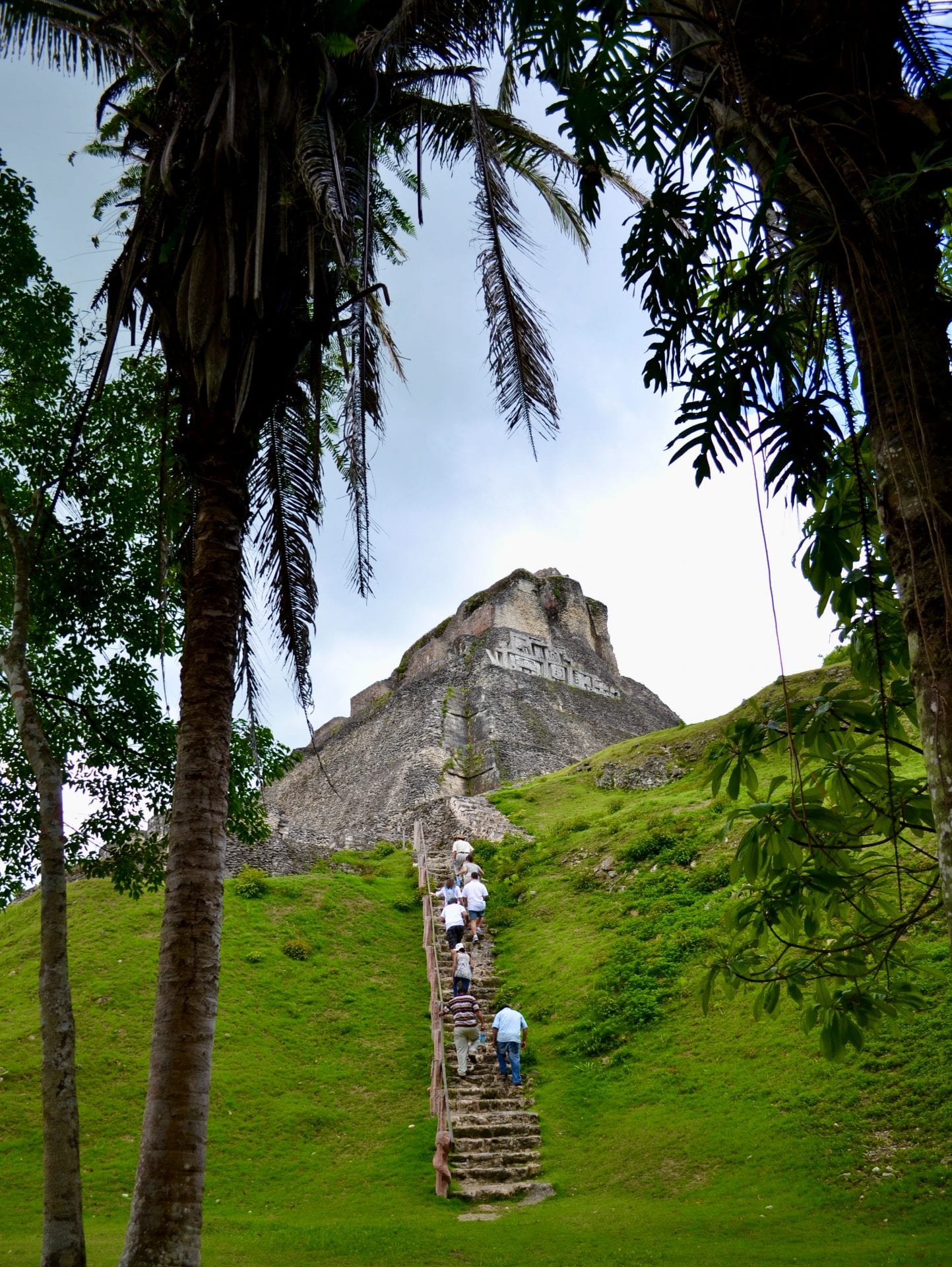 Throughout Belize you will find towering pyramids. They are often intricately carved and feature a stair-step design. The first known examples were created 3000 years ago. These structures are even more remarkable as they were built without using iron tools.

They loved jewelry! Ornate jewelry made of gold and jade were particularly favored.

The Maya had a sophisticated knowledge of the herbs of Mesoamerica. They knew how to formulate both pain killers as well as hallucinogens which they used in their religious ceremonies.

When a person died, the Maya believed they would begin a long journey towards paradise, or Tamoanchan. First they had to suffer through a nine level underworld called Xibalba. This would be followed by 13 levels traveling through a higher afterlife before they finally reached Tamoanchan. Those that died in childbirth, however, along with those who died as sacrifices or honorably in battle were immediately transported to paradise.

Yes, they did sacrifice people as part of their religious ceremonies. However, it was considered to be an honor to die in this way, with the soul guaranteed a direct passage to paradise. The ritual sacrifice involved cutting under the ribs to remove the heart.

The Maya were star struck – they were obsessed with astronomy. They used the movement of the stars and the planets to guide their lives. For example, the appearance of particular constellations would trigger the start of planting season. Their priests were also astronomers because of the importance of the stars to their culture.

The Maya traveled all across Mexico and Central America and traded in good including cotton, jade, salt, obsidian, tropical bird feathers, slaves, and cocoa pods, which they used to make xocolatl.

The Maya discovered xocolatl, or chocolate. Instead of the sweet treat we know today, however, they consumed it as a frothy, invigorating drink.

The Maya, like the ancient Greeks, believed their gods lived on a mountaintop. Their pyramids, therefore, were meant to mimic the shape of mountains.

The Mayas were among the first civilizations to write books that recorded their history. They used the inner bark of wild fig trees as their writing material. They were incredibly prolific – many historians believe they wrote as many as 10,000 books. Unfortunately, the Spanish conquistadores burned their writings, a devastation that has resulted in the loss of much knowledge.

The Mayans were great mathematicians as well as prolific writers and brilliant astronomers. They used a base 20 system for their calculations.

A Glimpse Into A Historical Past

As you can see, the Maya were a fascinating ancient people. Many of their cities and artifacts still survive, and you can visit their magnificent pyramids when you come to Belize. Scattered deep within the rain forest, these ancient ruins are the closest you can get to time travel. It’s no wonder they are among the top-rated of Belize’s many tourist attractions. Popular sites include Caracol, Lamanai and Altun Ha, but there are also many others. When you plan your visit to Belize, be sure to include a visit to at least one Maya site as part of your itinerary. It will give you an unparalleled insight into the rich culture of Belize.

A National Tamales Day? Why Not! Here’s How to Celebrate in Belize