A True Wonder of the World

Actun Tunichil Muknal Cave is the Maya name for what is perhaps the most impressive, most mystical Mayan attraction in Belize.  In fact, National Geographic has listed it as #1 of the Top Ten Sacred Sites in the world.  Let me preface this information with an anecdote.  Several years ago, I was visiting the San Ignacio Hotel in the Cayo District, quietly reading a book in the lobby.  It was late afternoon, and a tour group was returning from a day trip.  A gentleman came in and sat across from me.  The stunned look on his face led me to believe that something awful had happened.  He then revealed that he had just visited the ATM cave. He told me that he almost felt that a spell had been cast, and even felt a bit guilty for having gone. This spellbinding effect is not unusual. 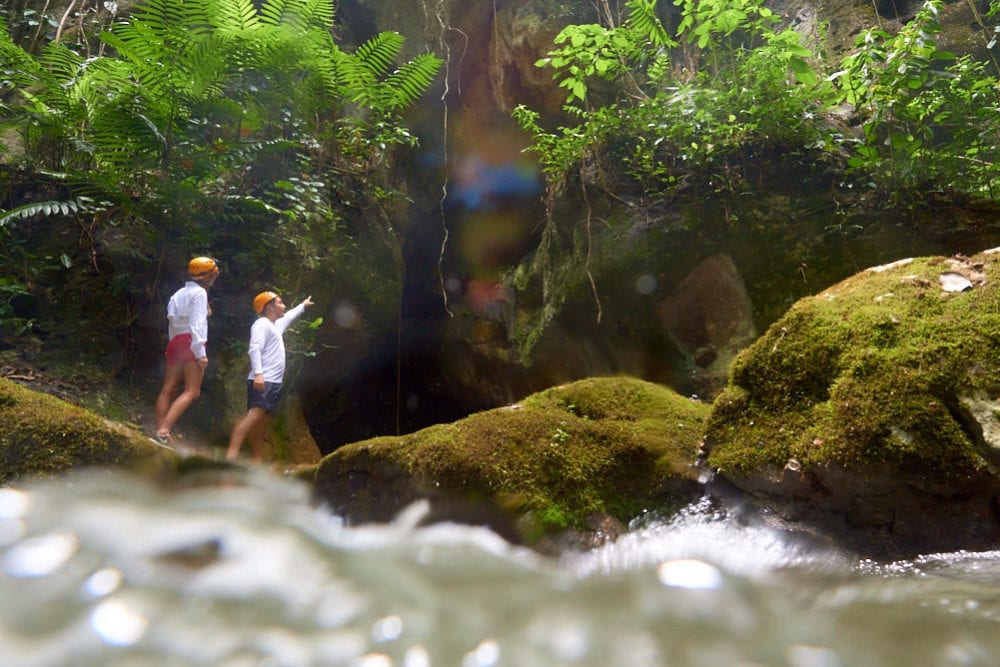 The Tapir Mountain Nature Reserve is home to this Cave system.  It is nearly 3miles (4.8 km) long and river passages extend for 2 miles (1.5 km), then there is a sump (an exit that empties into solid ground) at the end of the stream.  Incredibly, passages from prehistoric times, continue for another mile, through huge broken-down boulders and large rooms. These all culminate in a giant sinkhole, which is a possible exit, but a very tight squeeze.

The Actun Tunichil Muknal Cave is a Maya Ceremonial Site in the Cayo District, in the Village of Teakettle. It has fairly recently been opened to the public (the 1990’s) and dates back to Pre-Historic times, between AD 300—600 to later AD 700 t0 900. It was in the latter period that it came to be used as a ceremonial, or sacred sacrificial site.  Today the entombed “Crystal Maiden” is known throughout the world.  This adolescent girl, an offering to the Maya gods, lies in the main chamber of the cave, in one of the many limestone caverns that are found in Belize. Over the years, this limestone calcified, covering the maiden with a sparkling, light-catching, crystallized coating. There are other skeletons to be found here, and these bear what are called “kill holes” which reinforces the theory that they were human sacrifice.  There are also ceramic and stoneware artifacts.

The cave is large and everything in it has become as one with the cave floor, all melded together through calcification.  There are also rare artifacts, one called a “Monkey Pot”, one of only four that exist. In the caves, the Maya also carved altars and images into the limestone; silhouettes and faces and animals.  In the upper passages, there are cave formations that were formed into decorations. 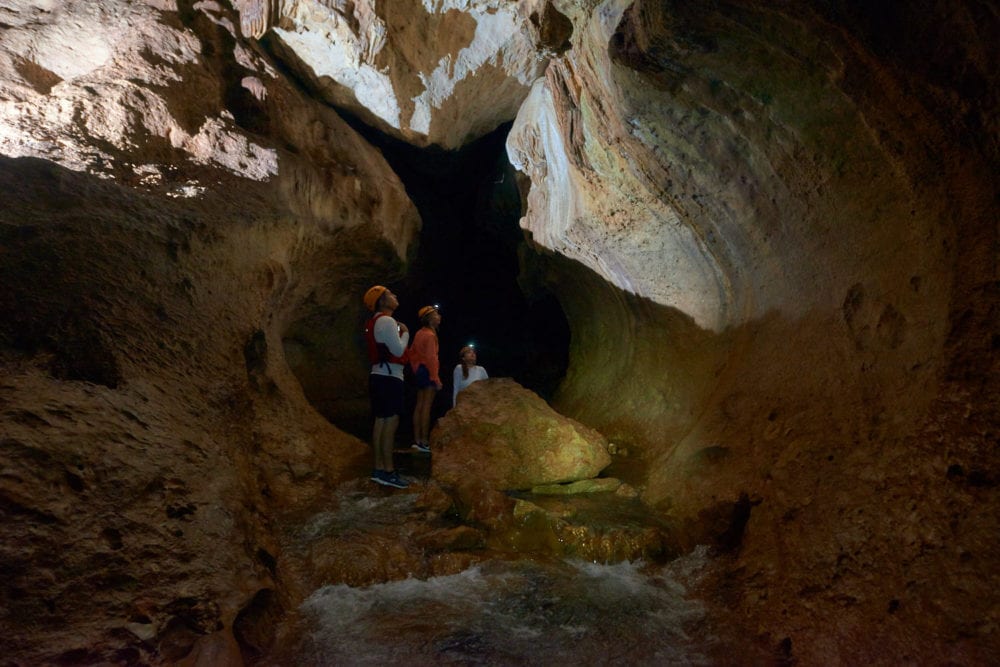 Yes, there are living species found in this eerie habitat, mostly large bat populations.  There are also large freshwater crabs, crayfish and catfish and a ferocious species of spider.  A strange spineless creature called an Ambly’pygi, a creepy, crawly thing. Some agouti and otters are sometimes seen, as they are in other cave systems of Belize.

To avoid confusion, I must mention another system with a similar name, Actun Tun Kul, but it’s in the Chiquibul Forest. In the vicinity, in the Cayo District, there are other sites, namely: Cahal Pech, El Pilar, and Xunantunich.  Since the ATM is so precious and fragile, and in keeping with conservation protocols, the National Institute of Culture and History, and the Institute of Archaeology have granted licenses to only a small group of agents to carry out tours with a paucity of risk.  Cameras are not allowed as they can fall and cause damage. Bring jungle gear over a swimsuit as you’ll have to swim into the entrance.  No shoes are allowed, but dry socks to protect your feet.

Come and be enlightened and amazed. It will be an adventure you will tell and re-tell for the rest of your life.

A Day for the Kids in Belize