Want a taste of Paris in Belize? Delices de France bakery is known for its savory and scrumptious selection of bread to their luscious and beautiful pastries. Learn more about this French family that moved from France to Belize and opened an exquisite bakery on the island of Ambergris Caye.

Most of us dream of traveling to Paris to see the Eiffel Tower and eat a French baguette while sipping on some tea. Delices de France is a French bakery located on the island of Ambergris Caye, Belize. This bakery brings the rich taste and flavors of France to Belize. The history and story behind Delices de France are equally impressive.

Florent and Sandra Marandon, a French couple along with their two kids moved from France to the island of Ambergis Caye four years ago. After many years of being CEO in France, they had a dream to open a little artisan bakery in some remote corner of the world. Florent and Sandra heard about Belize and decided to visit San Pedro (Ambergris Caye), which rapidly became the perfect option to settle down.  Belize is an English speaking country with English schools for their kids, relaxing with the sea, sun, reef and most importantly in their own words “without real competition.” Florent is additionally fond of snorkeling and spearfishing. Furthermore, they moved to Belize and it became their new home. 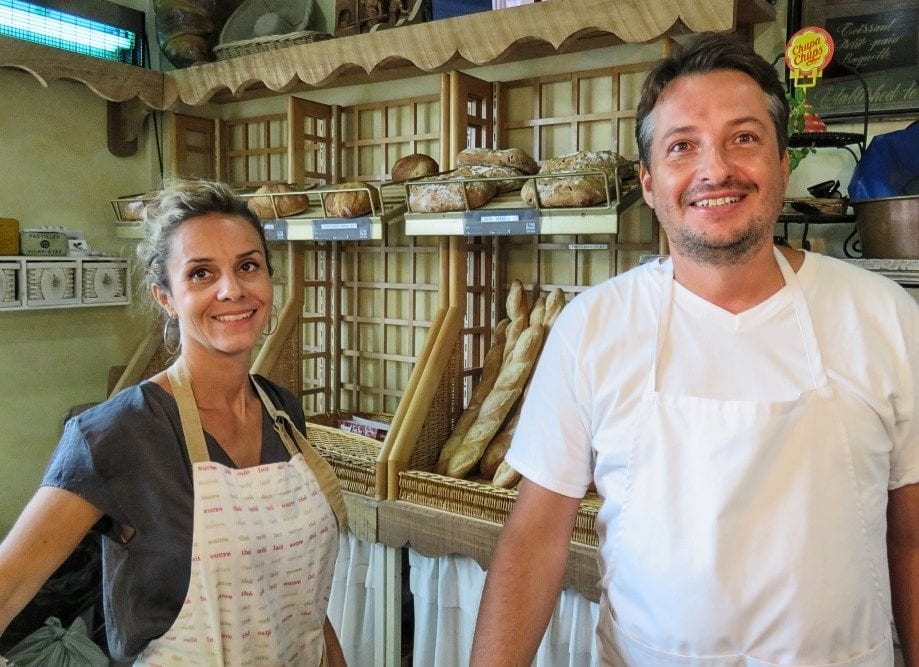 All Photos by Delices de France

Delices de France opened in March 2017 after working 10 months diligently with logistics as well as execution of the building. Florent and Sandra set up the bakery from scratch with all their equipment imported from France. They took on the task of doing all the floor plans and designing the laboratory and selling area. They were the first business to open in the newly constructed Sancas Plaza building. Florent and Sandra came to Belize with a French baker and pastry chef who trained them and a Belizean baker for a year, before moving back to France. Their Belizean baker makes all the croissants, bread and most of the regular French pastries while Sandra does most of the special orders of cakes for birthdays and events. 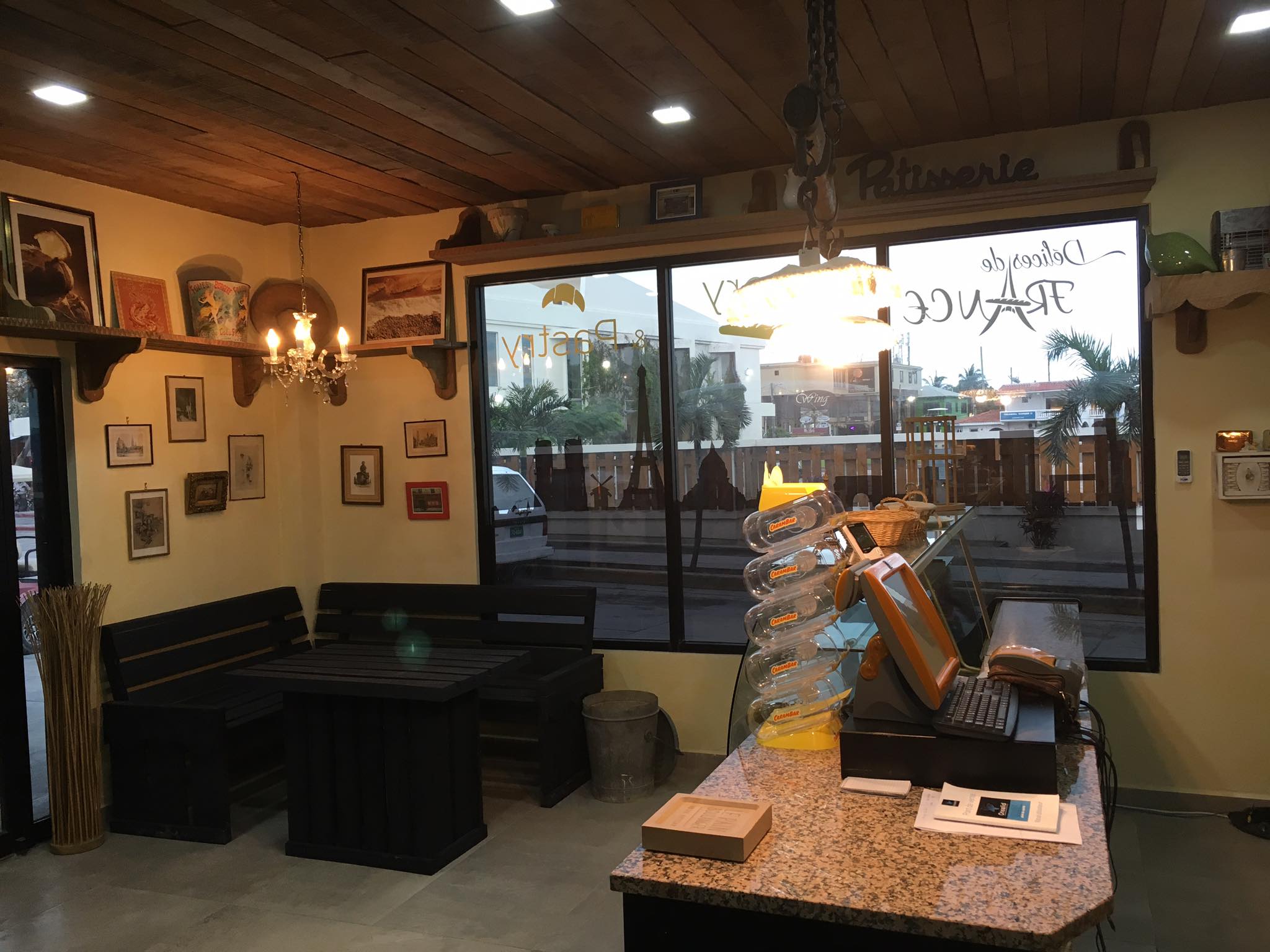 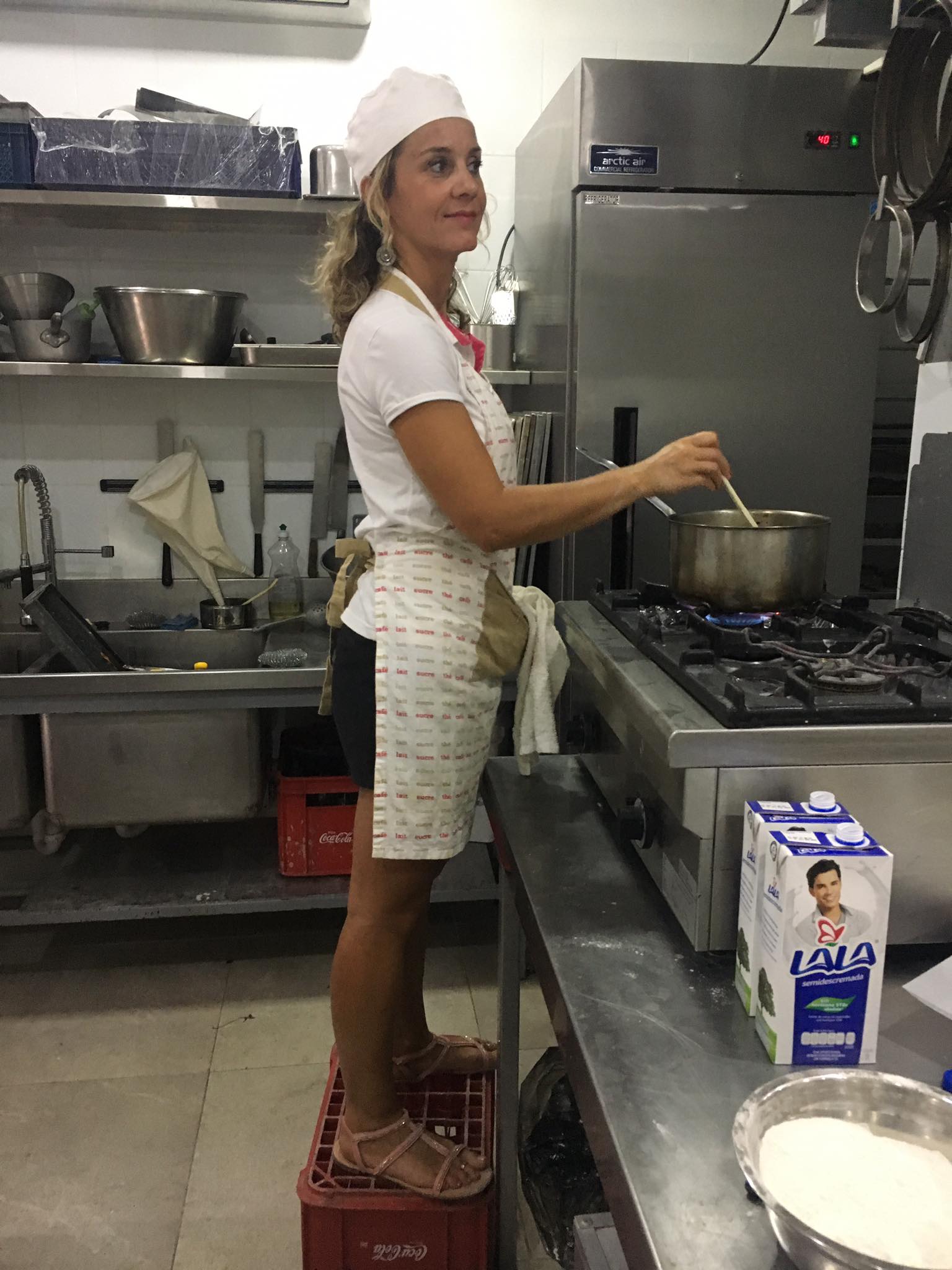 Delices de France is located in the Sancas Plaza directly across from the Ambergis Caye airport strip. It is the perfect spot for travelers coming in and leaving to cross the street and grab croissants and baguette sandwiches on the go before boarding the plane. It is also super convenient to send cakes and bread orders by air to the mainland. 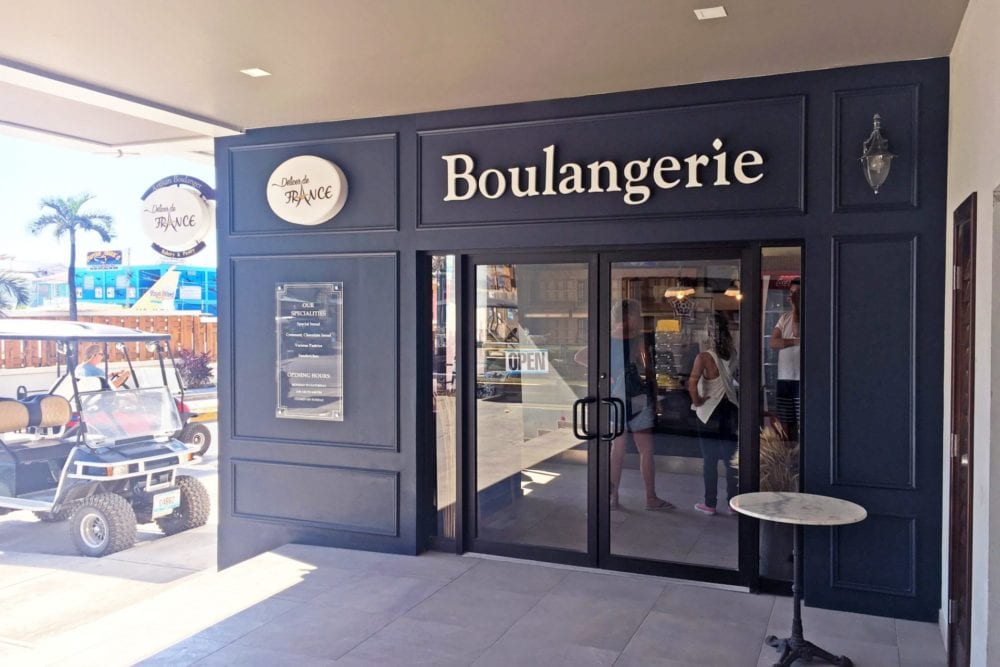 The name “Delices de France” just popped up one day as they were brainstorming about their brand and finally agreed it was a great name to represent their business. “Delices” a French word meaning “Delight” in English; “Delicias” in Spanish which also means “Delight” and “France” because that’s where they are from.

Delices de France offers various “viennoiseries”: Croissant, chocolate croissants, cheese croissants, and cinnamon rolls.
Assorted bread such as the french long loaf “baguette”, honey & nut bread, wholewheat bread, and sour-dough bread. And, of course, numerous pastries: eclairs, apple tart, key lime pie, vanilla flans, strawberry pie, brownies, muffins, canelés, and banana bread. They also offer sub-sandwiches in a baguette with the following filling: Ham and cheese, curry chicken, bacon avocado, chicken mayo, tuna, brie cheese and apples, beef and pickles and veggie sandwich.  Prices are affordable for everyone, not only tourists. Viennoiseries and pastries are set in a price range from $4 to 8 BZ. Baguette is sold for $4.25 BZ  and special bread does not exceed $10 BZ. Sandwiches which are are rich and filling between $10 to15 BZ. 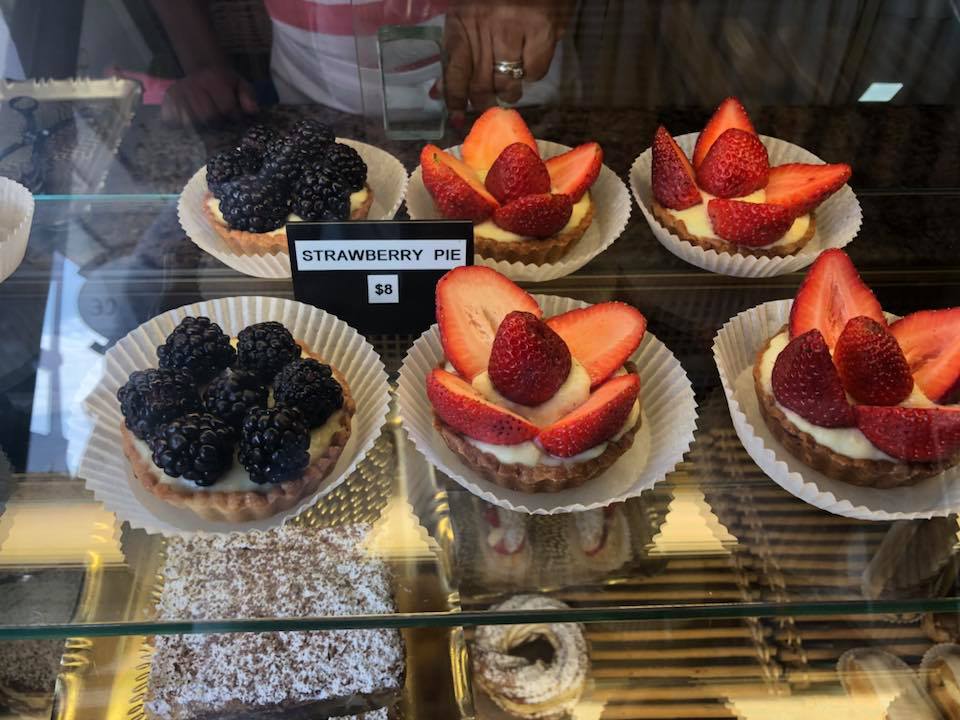 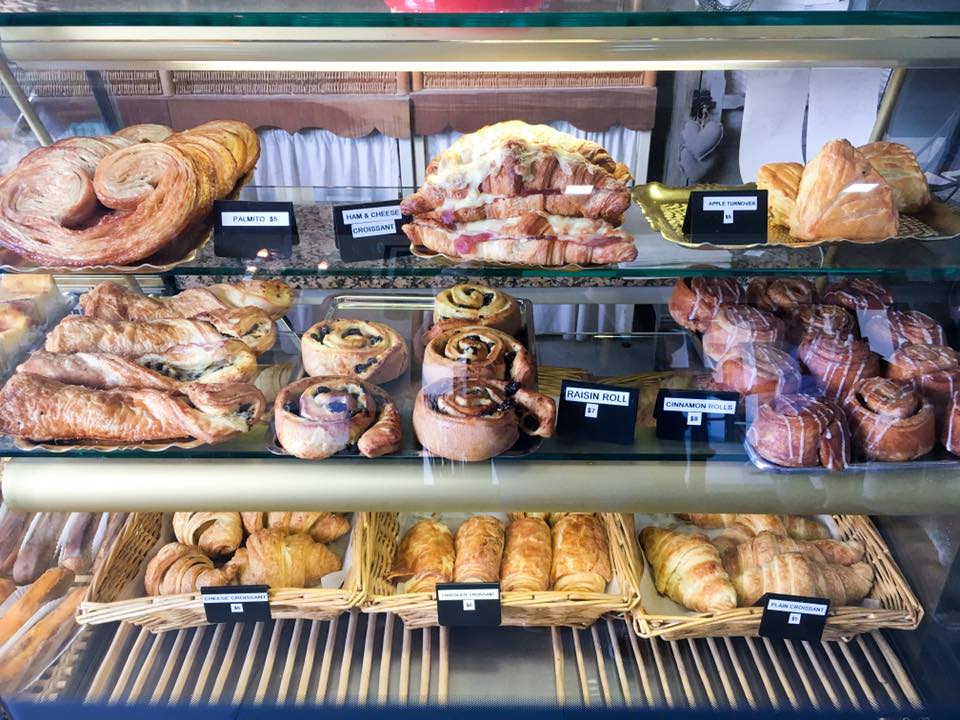 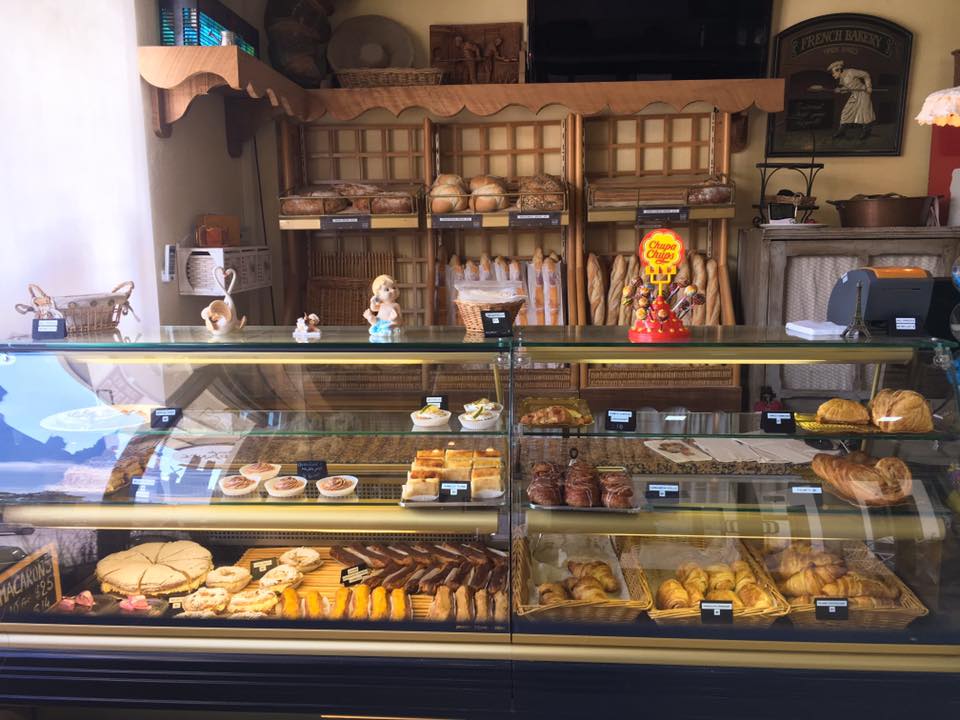 Finding an authentic French bakery when you are visiting the country of Belize is something unexpected and a little bit odd. Nevertheless, it is the chance to experience the taste of a delicious flaky french croissant without having to travel halfway around the world. Don’t miss out on the chance to taste the richness of France in this gem of a bakery.

What To Do in Belize? 5 Hidden Gems in The Country of Belize

Make a Trip to Hopkins in Stann Creek, Belize