A world traveler, avid sailor, and philanthropist, Henry Edward Ernest Victor Bliss, the 4th Baron Bliss has played a significant role in the propagation of Belize’s culture, education, and the arts.  Born February 16, 1869, was a wealthy English Baron descended from Portuguese and English nobility. He inherited his wealth from his father as well as from his uncle Edward Bliss of Brandon Suffolk. Some of his predecessors were Portuguese nobility and he was also granted a bequest from a Colonel Barreto of Spain. He had been an engineer by trade and inherited his title from his father. 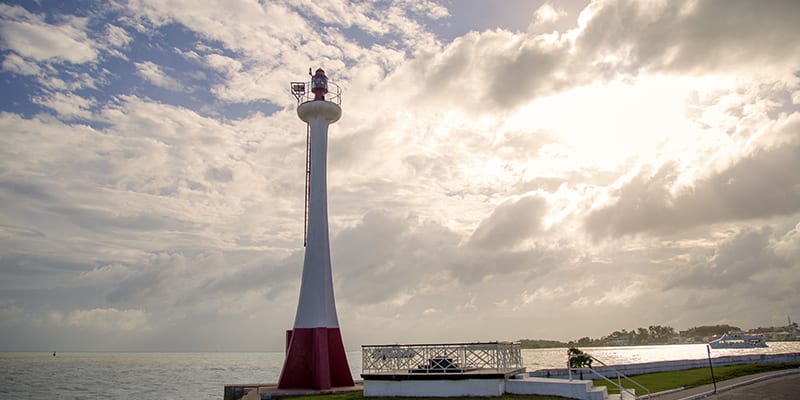 At the end of World War I, he was wealthy enough to live a life of leisure. He was an avid sailor and fisherman. He became paralyzed in 1911 from polio, while scarcely 42 years old. Although confined to a wheelchair, this did not deter him from living a full life.  He loved yachts and had given his launch to the war effort. After the war, he ordered a new 120 footer, to be built by the famous Scottish yacht designer, Alfred Milne. In 1920, he christened it Sea King II.  He immediately set sail for the Bahamas, where he remained for five years. He later traveled to Trinidad but became quite ill from food poisoning.  At that time, there was a friend of his, Willoughby Bullock serving as Attorney General in then British Honduras, who invited him for a visit.

After a brief stop-over in Jamaica, Baron Bliss arrived in Belize City Harbor on January 14, 1926. He immediately fell in love with Belize and spent time fishing and discovering the Bounty of the reef and coastline. His health seemed to have benefitted. However, it was not to last; only a few weeks after his arrival and shortly before his 57th birthday, his health took a downward turn and doctors declared him terminal.

This led him to a decision to leave most of his fortune to Belize and on February 17th, 1926, he drafted a new will. He died on March 9th, never having landed on the Belize mainland. This will was very specific. At that time, the bequest was 1million pounds sterling (1,8 million BELIZE).  The UK withheld nearly half for inheritance tax. His wife received a lifetime annuity, (they had no children). He also left sums to his relatives and staff.  The remainder was placed in trust under three executors: the then Governor, the Colonial Secretary, and his friend Bullock, the Attorney General.

The monies were to be invested in British Stocks and Bonds and only the interest spent.  It was stipulated that it was not to be spent on churches, dance halls or schools unless they were vocational or agricultural. There was money set aside for an annual regatta on the Belize Harbor. This has persisted on the ninth of March of every year.

Today we have the Bliss Center, a place for the community to perform, dance, do cultural research, hold workshops and art exhibits, and much more. There is also a Bliss school of Nursing.

Baron Henry Edward Ernest Victor Bliss is buried beneath the Lighthouse across from Bliss Park, and the Bliss Center is across the Harbor on the foreshore…two iconic landmarks. The trust is still said to be worth 1.5 million in Belize currency. 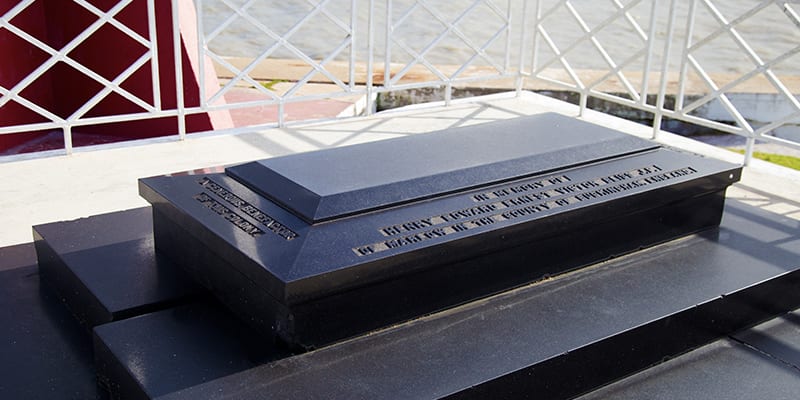 The Lebanese of Belize