Belize – The Only COVID-19 Free Country in the Americas

Besides being the last country in the Americas to report its first coronavirus case on March 23, 2020, Belize also becomes the first in the Americas to report no active COVID19 cases. Belize, since Tuesday, May 5, reported it’s last two of eighteen (18) cases testing negative and officially declared recovered. In the Caribbean, Belize now joins Suriname and Anguilla to report any active cases of infection, hospitalization, or new deaths.

This came with prompt action in sealing the country’s borders and imposing strict quarantine measures. Many hotels said goodbye to their last guests at the end of March with the international airport closing before any cases were even reported in country. From March to the start of May Belize remained under heavy lockdown. The country was placed under a national state of emergency for 30 days.

As of today, the country has begun to lift restrictions allowing some businesses to open. Other preventative measures have been made mandatory. Now, everyone is required to use a face mask when in public and social distancing remains a mandatory practice. In due time, these standard practice will become the new norm.

Despite having zero active cases, Belize has not lost site on the risk that lies outside its borders. Many Northern and Latin American neighbors are still confirming new cases daily. As a preventative measure, Belize borders remain closed. Belize will continue to exercise all preventative measures to stay all clear of the virus.

Belize confirmed its first case of coronavirus on March 23, nearly 2 months after the United States confirmed its first infection. On March 30, when the country had 3 cases, the Government of Belize announced a national state of emergency for 30 days. A few days later, Belize’s borders were closed even to Belizean nationals seeking entry. Though then-considered extreme, this decision was a turning point to avoid community spread from imported cases. Nationals may only enter the country under a medical emergency, while borders remain closed for exiting. However, exits for non-nationals are possible through various repatriation flights.
More than 241,000 people have died from COVID-19, the disease caused by the new coronavirus, while some 3.3 million infections have been confirmed in at least 187 countries and territories. Fortunately, more than one million people have recovered to date. 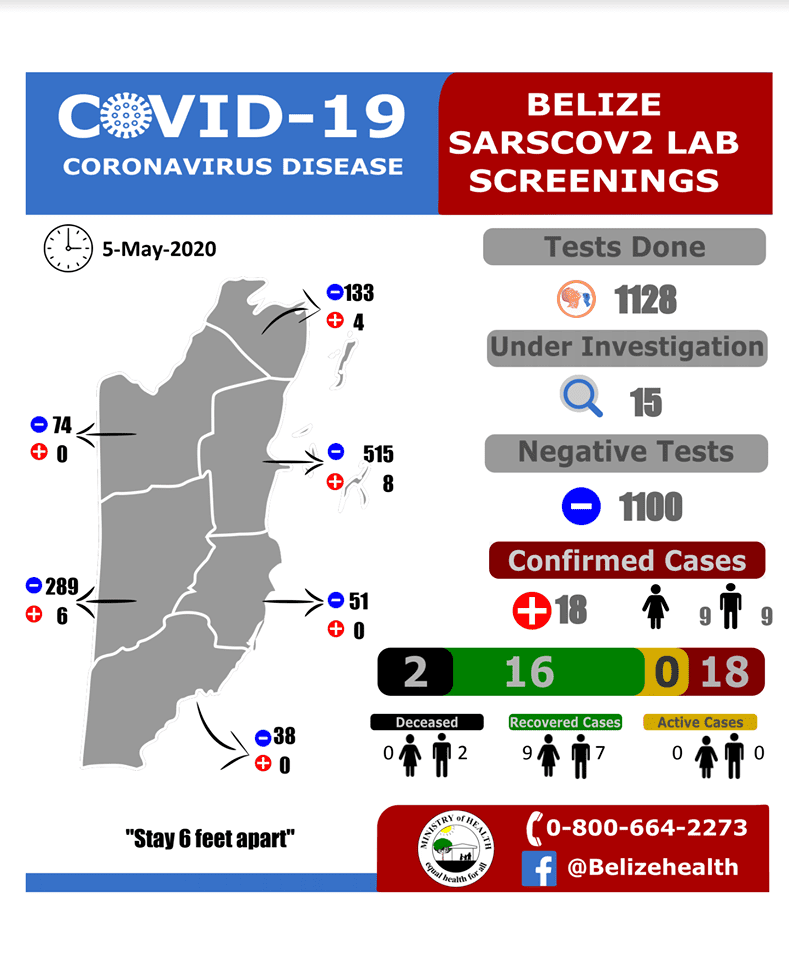 Plastic Pollution During a Global Pandemic