The confirmation of reopening Belize’s international airport, announced June 25, marks phase 3 of Belize’s travel reopening plan. The reopening of the international airport for tourism, which was closed late March to mitigate the spread of COVID-19, comes ahead of the reopening of land borders and cruise tourism. Moreover, the Belize Tourism Board (BTB) has simultaneously launched their reopening plans for hotels, restaurants and tour operators. The new guidelines outline the enhanced health and safety protocols which are being introduced as part of the Government of Belize, the Belize Ministry of Tourism, Ministry of Health, and the BTB’s commitment to keep Belizeans, tourism dependent communities, and visitors safe from the risks related to coronavirus. With the release of these protocols, Belize’s tourism industry can prepare for the international arrivals of travellers starting August 15, 2020. 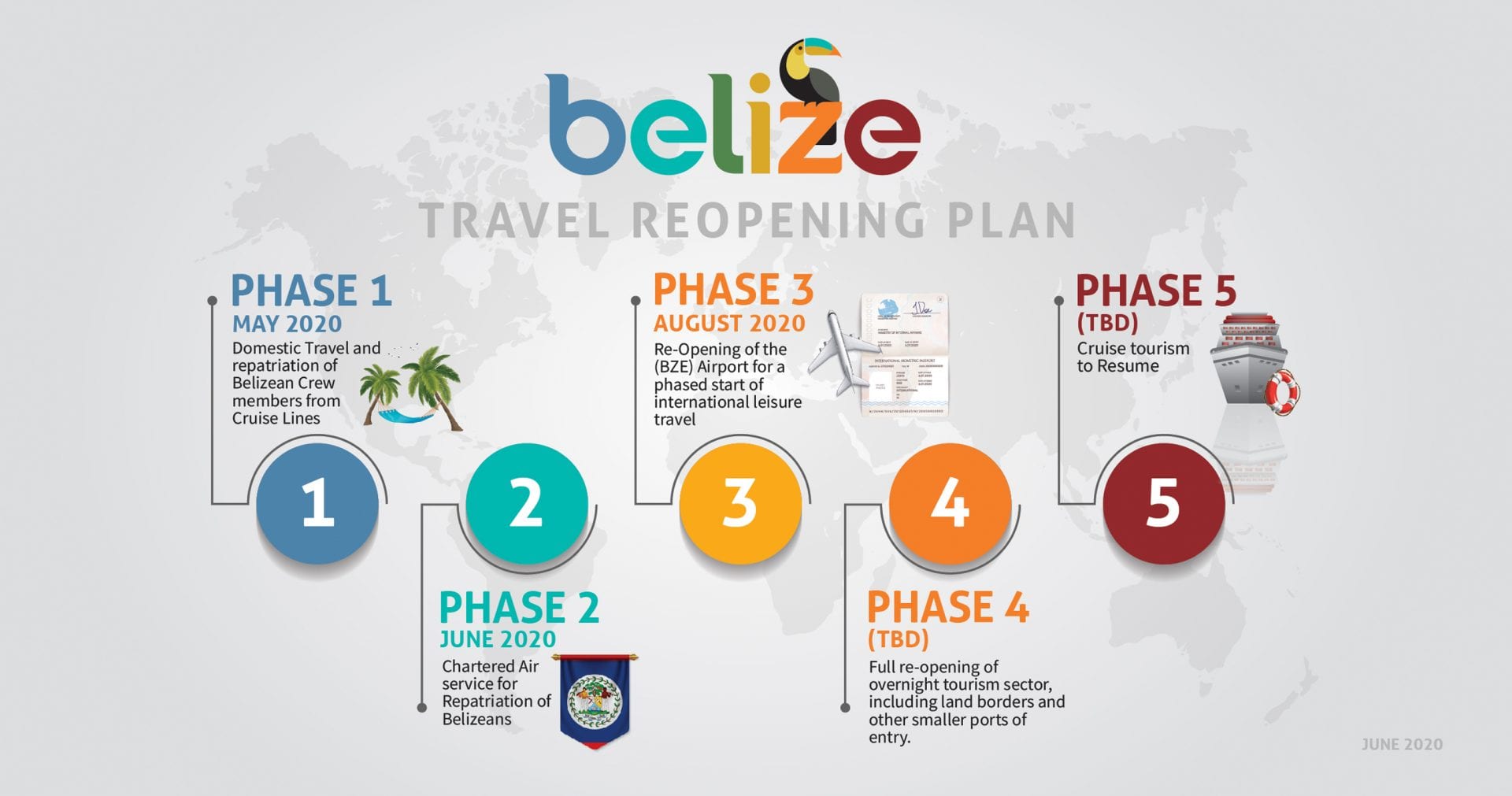 Early on, a strict national curfew and state of emergency was mandated for Belize. Over the course of April and May, restrictions were gradually relaxed which included an encouraging boost for domestic travel. Local hotels and resorts extended discounted rates for local tourism as “staycation specials,” while Belizean crew members from various cruise lines were repatriated into mandatory quarantine.

Chartered air service for repatriation for Belizeans began via United Airlines in June 2020. Although several repatriation flights were allowed to depart Belize in April and May, Belizeans to be repatriated from abroad is expected to continue into August. Presently, all returning Belizeans must go into mandatory quarantine in a government-approved facility and test negative before being released.

The reopening of the Philip Goldson International Airport marks a phased reopening for leisurely travel, beginning August 15. Arriving travellers can either present a negative PCR test result, taken within 72 hours of travel; or, pay for a rapid test within the airport at the traveler’s expense. Belizean citizens and residents on arrival will be not be given the option of a rapid test within the airport, but rather a PCR Test instead. Additionally, travellers to Belize will be put through a number of precautionary measures. That includes mandatory temperature checks at the airport; numerous sanitising procedures; and agreement to adhere to a track and trace system.

A full reopening of Belize’s overnight tourism sector is listed as phase 4, with no date confirmed. Given the current high case numbers of neighbouring countries in Mexico and Guatemala, Belize’s land borders remain closed; this also includes smaller ports of entry.

Although the CDC has issued a no-sail order for cruise ships operating in U.S. waters that will expire on July 24, that is expected to be extended. However, cruise tourism is listed as the last phase in Belize’s reopening plan for travel.