Flight schedule is every Tuesday and Thursday leaving from Belize at 7:00AM and at 9:00AM from San Pedro Sula. Flight time is one hour.

Here’s all the ways to fly into Belize via the Philip Goldson International Airport (BZE), which is the only international airport in Belize, found in Ladyville just 15 minutes out of Belize City. 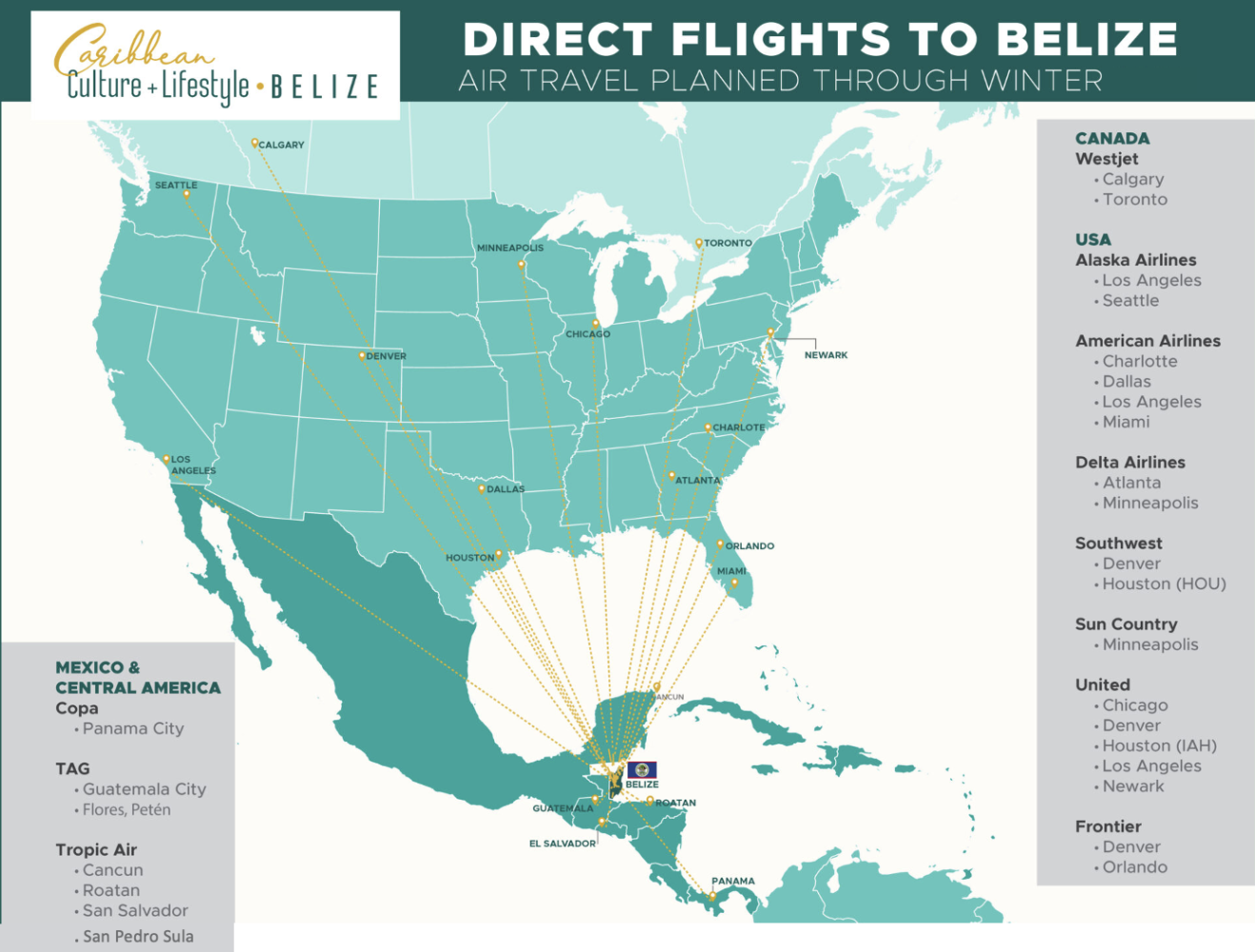 Placencia, Belize: Come for the Fun When You Crave a Winter Escape