In this series of Belizean Women in Lead, we sit down with Janelle Chanona from Oceana Belize. As Vice President of the largest international organization devoted to ocean conservation in Belize, each day she leads her team in efforts to protect the country’s marine resources.

Our Interview with Janelle

Did you always want to work in conservation? How did you get to where you are today? 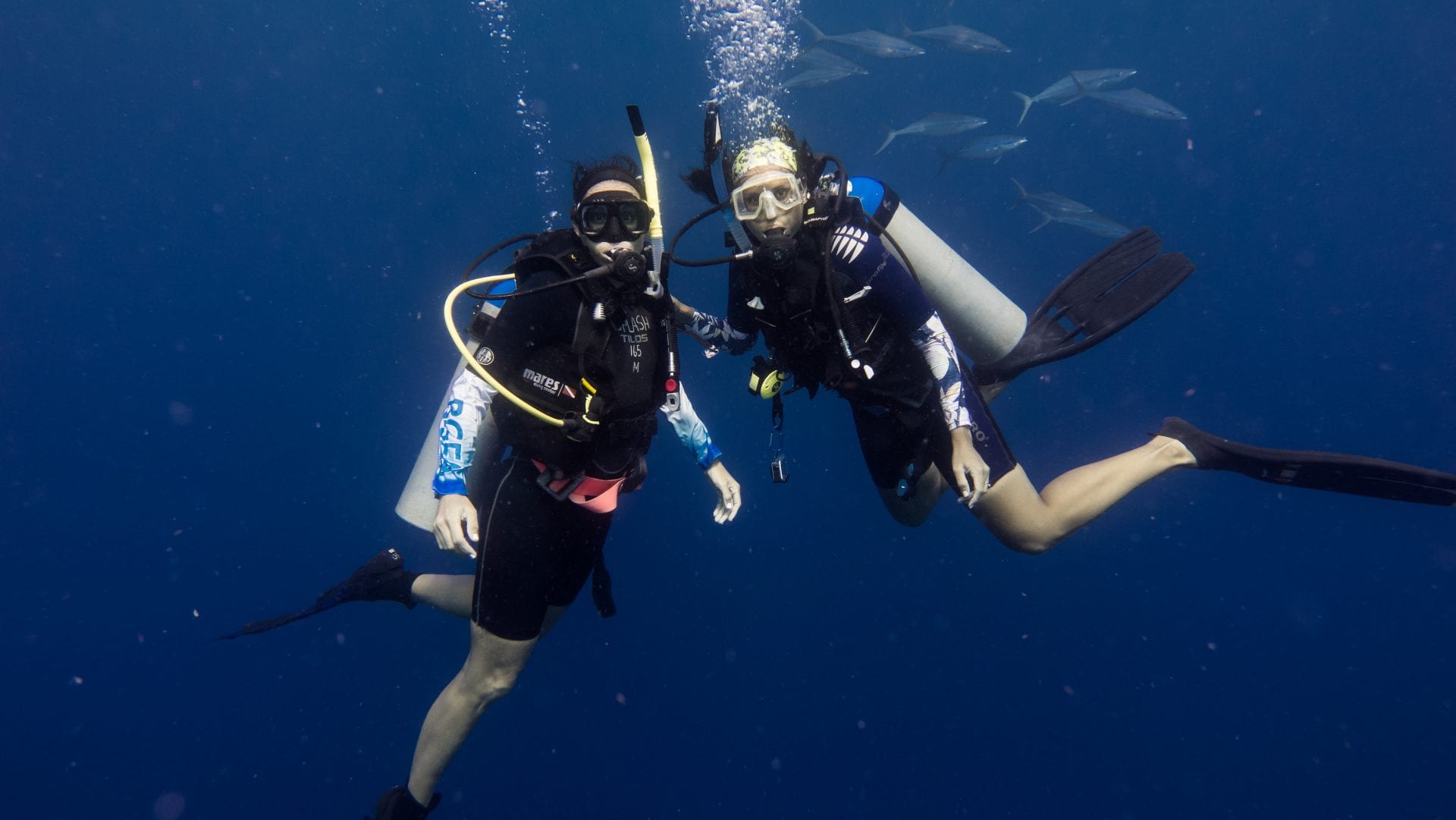 My twin sister and I were taught to swim at an early age so we were always outside having an adventure. By high school, I was determined to be a marine biologist. But a news writing course my first year of college took me into the exciting world of broadcast media for almost two decades. When Oceana approached me in 2014 about joining their team, I balked at first. I’m still not a scientist or lawyer. But I love my country and they appreciated my dedication to natural resources and the people who depend on them. As an advocate, I have been grateful for my communications background: sharing the stories of the sensational Belizeans who depend on healthy coastal and marine resources has been an honor and a privilege.

What do you enjoy most about your job? 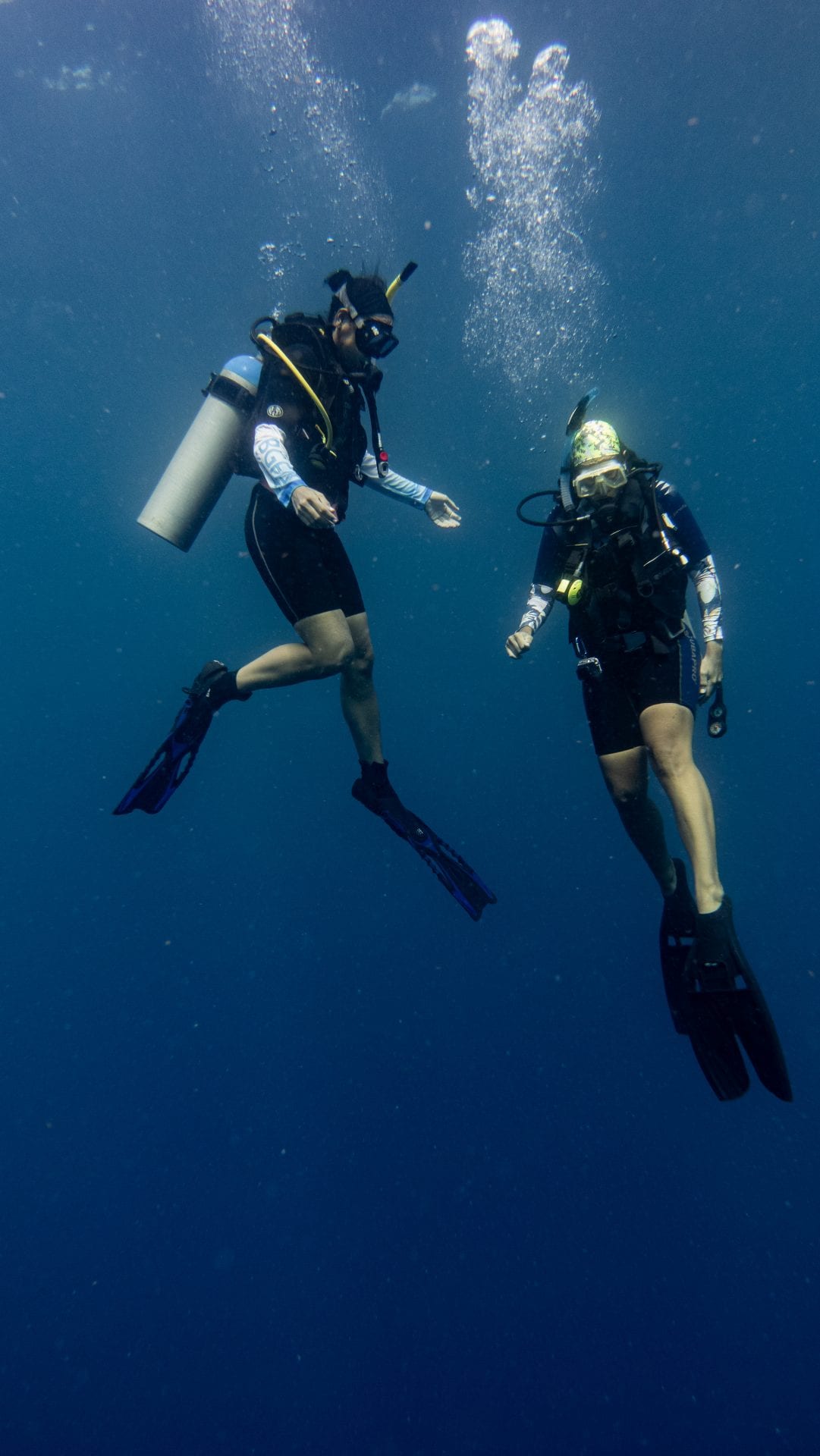 I’d like to tell you I dive or snorkel every day! But every day that I am in our Belizean blues is a blessing. There is something very embryonic in underwater sounds; it drowns out all the chaos and puts priorities into sharp focus. The world beneath the waves always motivates me to navigate the world of decision making in the corridors of power. I love that Oceana’s advocacy is helping to ensure that Belizeans will always be able to depend on our world renowned resources for food, jobs and way of life.

What do you find to be the most challenging part of a woman in your industry?

Mansplaining is very real. It’s frustrating to be in a room and hear your position rejected, only to be repeated and immediately accepted because a man said it the second time. It also doesn’t help much that assertive women are immediately labeled aggressive. Whenever this happens, I am even more grateful for all the men who actively listen to and respect the perspectives, insights and contributions of others.

How do you choose to challenge this?

Deep breaths and counting to ten helps. But as an organization we’ve prided ourselves on working with Belizean youth. All too often they are also dismissed far too easily. By providing opportunities for young Belizeans to access information, share ideas, and amplify their voices in the corridors of power, I believe we are helping to break the cycle and create an environment conducive to equality. All too often their positions are dismissed far too easily. Belizean youth know a thing or two about setting trends while innovating solutions to challenges!

What advice would you share with women who are at the start of their careers and aspire to reach a senior position? 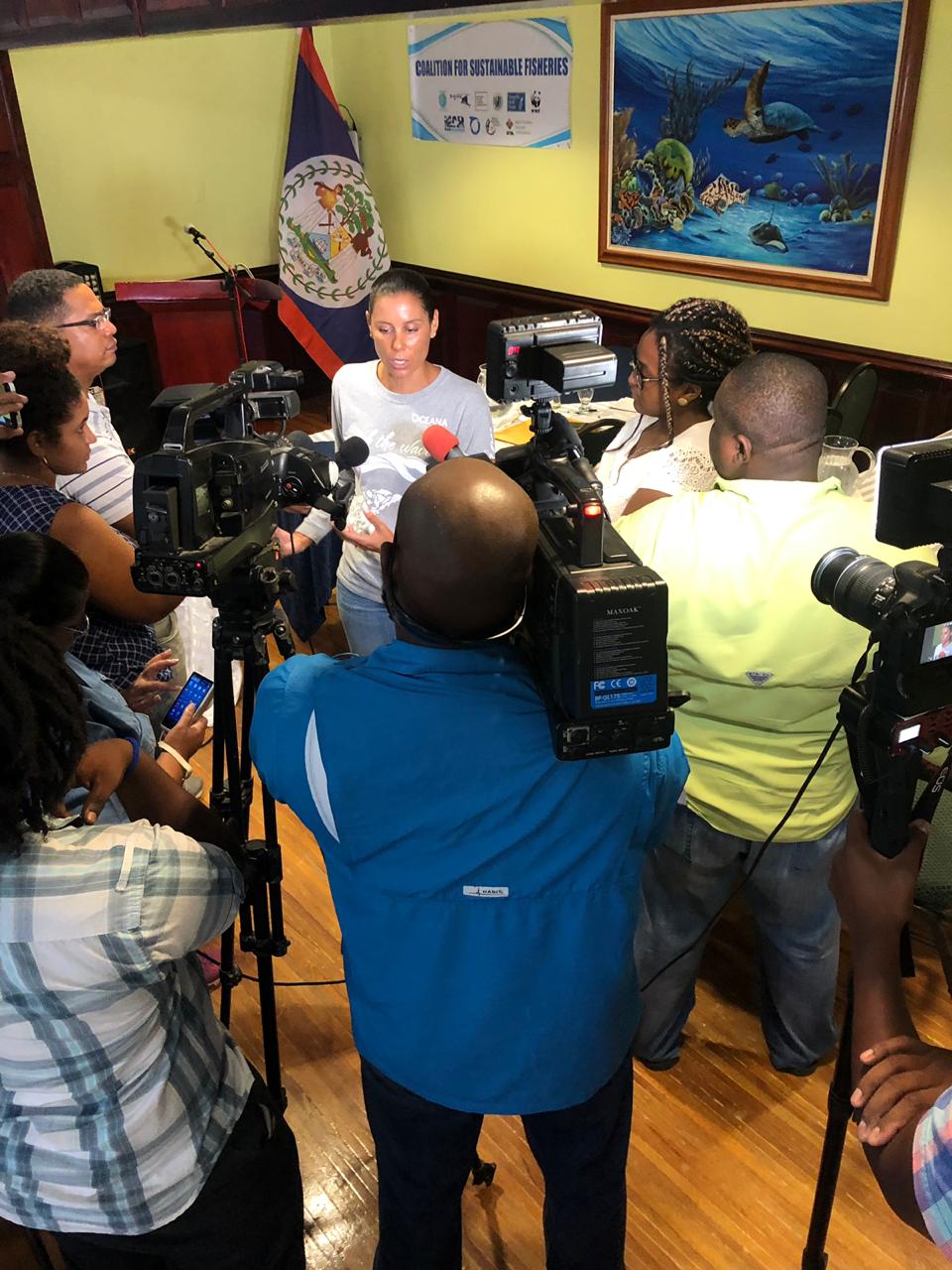 One of my favorite sayings is “the only constant in life is change.” My advice to everyone is to always be open to the changes, challenges and opportunities that life brings your way. Once you keep doing what you love, life has a way of taking you to the right place.

And finally tell us how you manage to achieve a work/life balance? What do you do for fun/to relax? 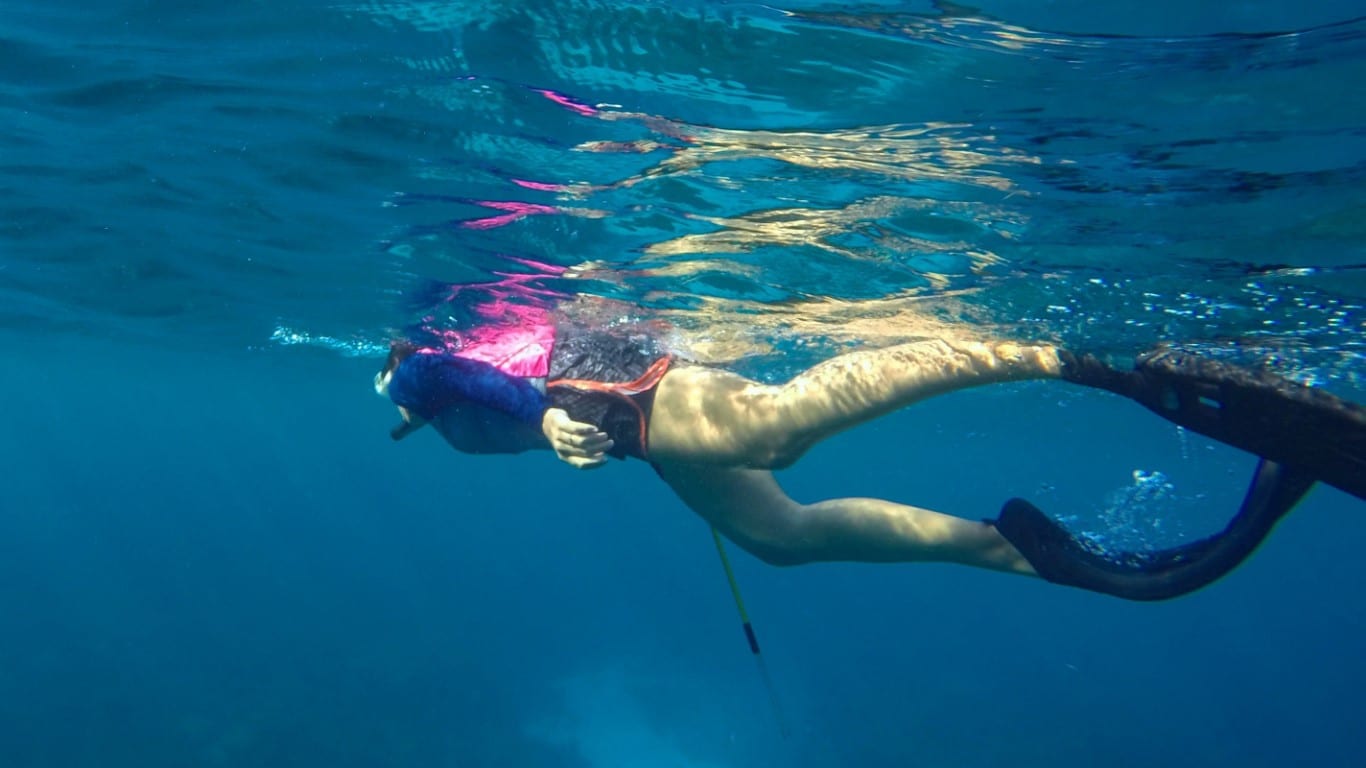 As Oceana campaigns, “eat ’em to beat ’em” when it comes to lion fish in Belizean waters.

I’ll immediately concede I’m still struggling to hit this balance personally! As Bob Marley put it, “The people who were trying to make this world worse are not taking the day off.” How can I? I am eternally grateful to be part of an incredible and dedicated team. My colleagues make work feel like a labor of love. When I can get away, swimming has to be included. Especially when I’m feeling overwhelmed! Reminding yourself that you can swim when you feel like you’re drowning is a definite power source! The support of my husband and family for my work has also been invaluable. When my family participates and supports my work events, it does feel like a balance of sorts!

Although, I definitely recommend doing at least one thing, just for you, every day. Sometimes that’s as small as giving yourself permission to hit the snooze button more than once or as big as counting your blessings.

The Oceana Belize team at their 2019 Ocean Hero Awards.

Janelle Chanona joined Oceana as its new leader for Belize in 2014. The former Belize newscaster and Belmopan native now leads Oceana’s efforts to protect Belize’s marine resources. Chanona, a long time anchor for News Five, Great Belize Productions in Belize, most recently ran her own media and production company prior to Oceana. She has produced documentaries for several environmental groups in Belize, with several awards behind her. Janelle is a graduate of St. Johns College Junior College in Belize, of Loyola College in Baltimore of the United States and received a Master’s degree with distinction from Nottingham Trent University in the United Kingdom. A passionate diver, she is a frequent visitor to Belize’s barrier reef, the largest such reef in the Western Hemisphere. 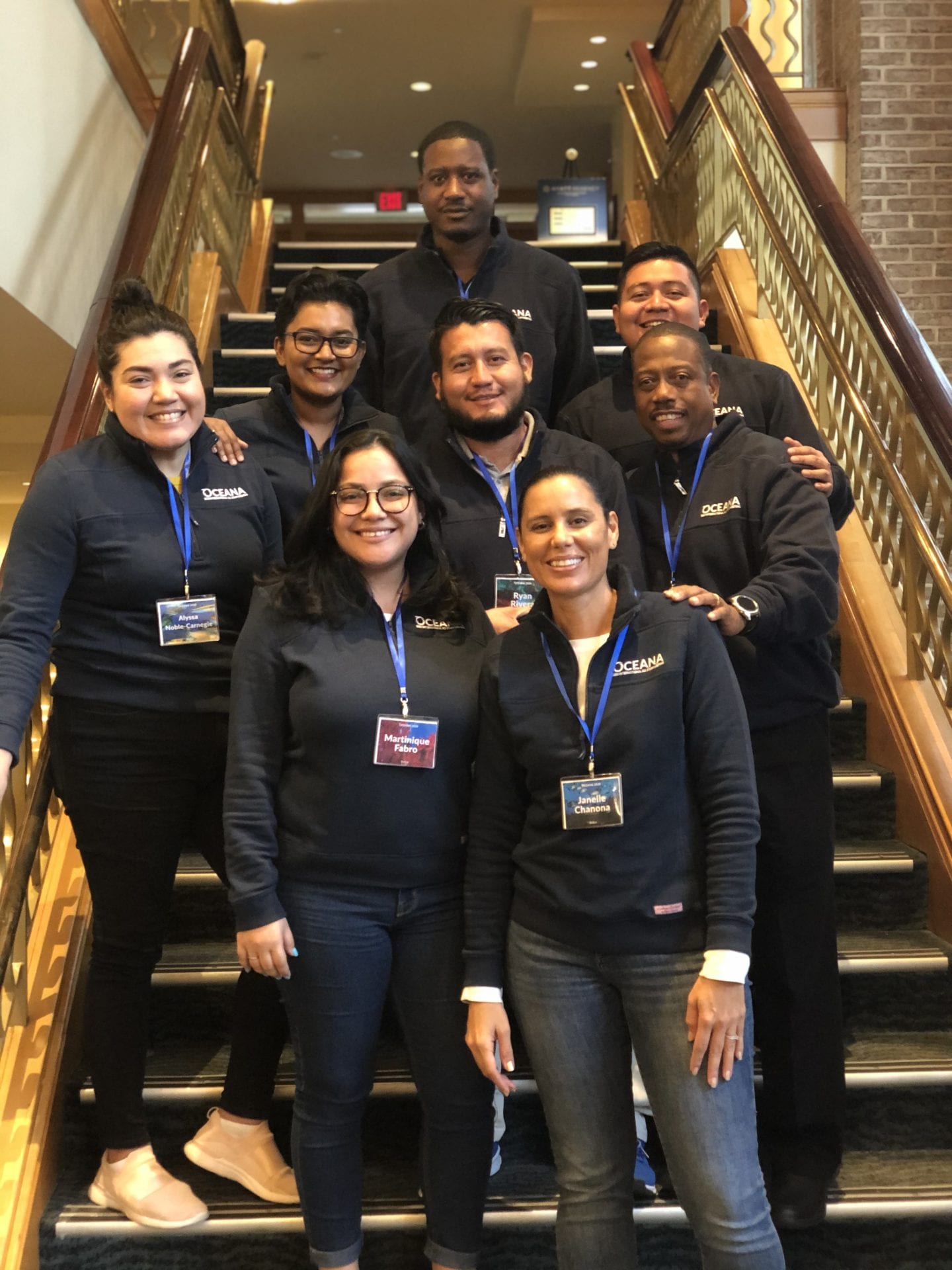 Janelle with a few members of the Oceana Belize team.

Chanona is determined to ensure that the reef that all Belizeans love and depend on is protected and made healthier than ever before. As a Belizean, she is convinced that the country’s future development depends on it. Chanona leads Oceana’s campaigns in Belize – which has included efforts to successfully reject all offshore drilling in Belizean water, and continues to promote other campaigns like responsible fishing practices in Belize’s waters. 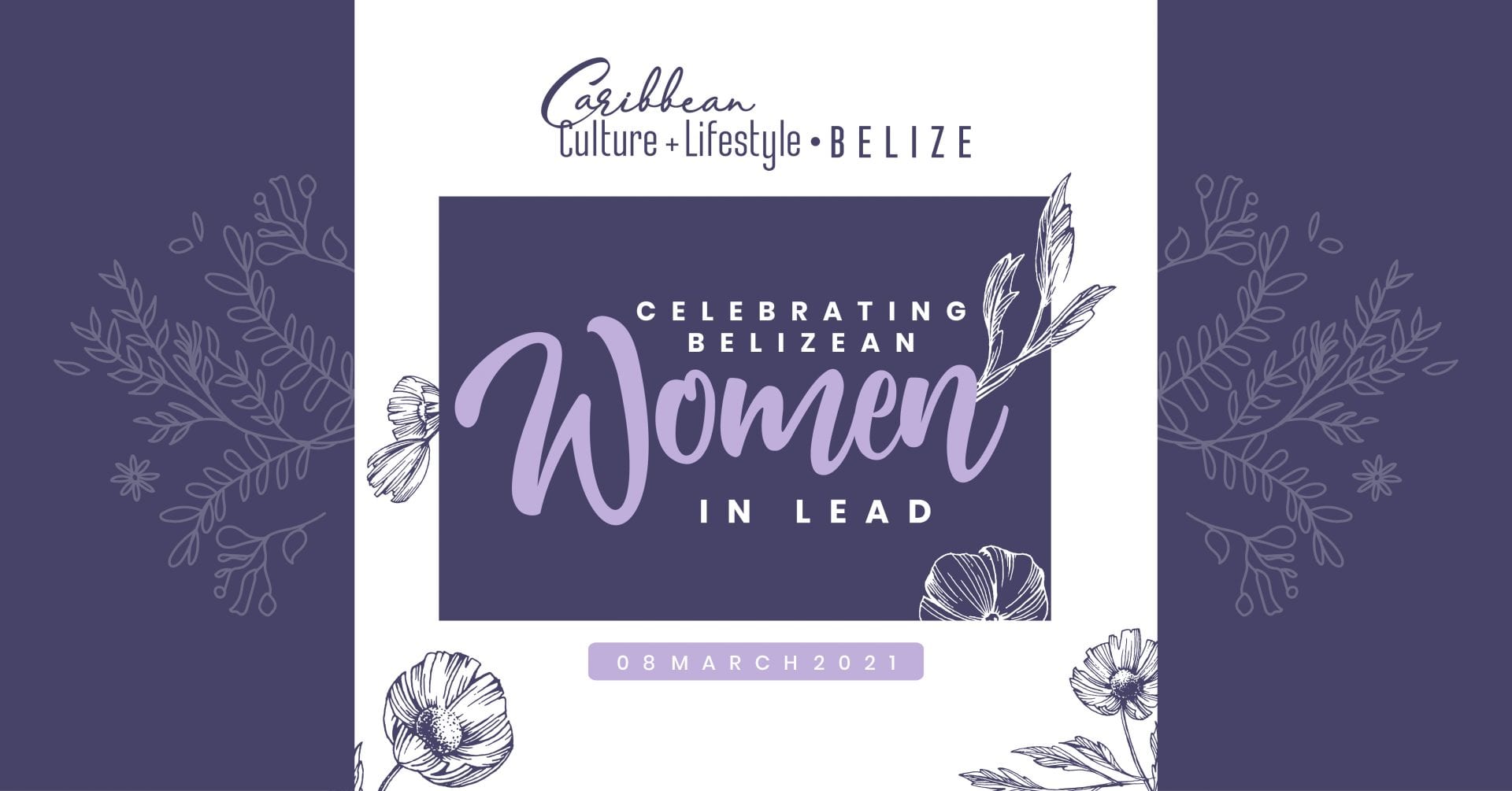 Caribbean Culture + Lifestyle’s ‘Belizean Women in Lead Series’ celebrates International Women’s Day 2021. The day, marked annually on March 8th, is witnessed worldwide and celebrates the social, economic, cultural and political achievements of women. At CC+L, we are going a step further and dedicating the entire month of March to the women of Belize during Women’s History month. The series features some of the industry’s most innovative and successful female leaders in Belizean hospitality and tourism. We chat to them about their career path, including their passions and challenges faced. In addition, we share their best tips, tricks and advice to other women in the industry.

We ask you to join us in celebrating the women around us this month and look forward to sharing this series with you. Finally, we encourage you to share any inspirational stories of those women making a change in our community with us.

Belizean Women in Lead: Meet Kim Simplis-Barrow of The Ellysian

All The Ways To Celebrate Earth Day with...