“Staat yuh mawin’ rite wid sum meat pies!” (Start your morning right with some meat pies!) as most Belizeans would say. While it may not sound like a breakfast item, meat pies are truly the best-selling, most popular breakfast food in Belize. These mini hand pies are a Belizean staple. You will often see vendors riding around with coolers on the front of their bikes selling these little pies in the morning and during lunchtime.

Hand Pies made for On-the-Go

These pies are an ideal pocket food as they are made to eat on-the-go and readily accessible in both quantity and price, usually costing $1.50 BZ ($0.75 USD).  Meat pies are purely dough stuffed with chicken or beef, and seasoned sauce; golden crisp on the outside, warm, soft, and juicy on the inside. It’s like a soup explosion in your mouth!

While the debate over who makes the best meat pies in Belize continues daily; for those visiting, we recommend these shops as your go-to for trying them: Dario’s Meat Pie, Belizean Meat Pies, Ladyville Meat Pies, and Pou’s Meat Pie. You decide who’s the winner! The best time to get them is when they’re hot and freshly baked. The scent coming from the meat pie shops will draw you in! 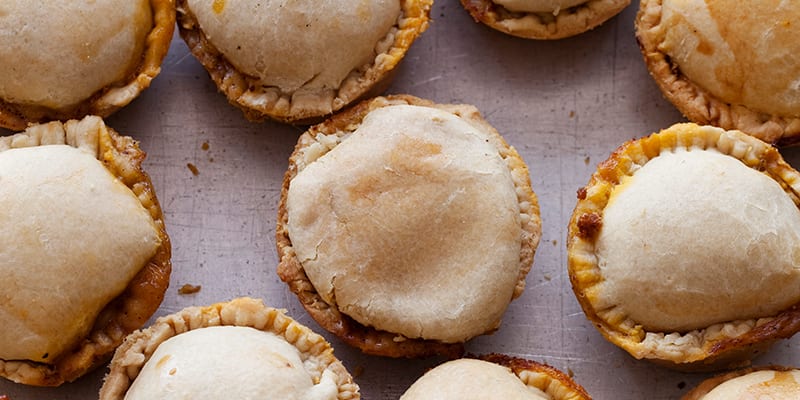 One thing Belizeans can agree on when it comes to meat pies is how to eat them. The best way is to allow the steam to escape by peeling off the top and using it as a spoon to enjoy the meat inside. Take care when biting through the crust as the fillings are piping hot and a little spicy. Meat pies are a small treat, so be sure to grab a few when you’re at the shop. No one will judge you because there’s no way you can only have one or two! 😉

Bring a taste of Belize into your kitchen with Flavors of Belize’s Meat Pie recipe! These spicy little meat pies are tasty and quite simple to make. We hope you enjoy the unique and exotic flavors of Belize! 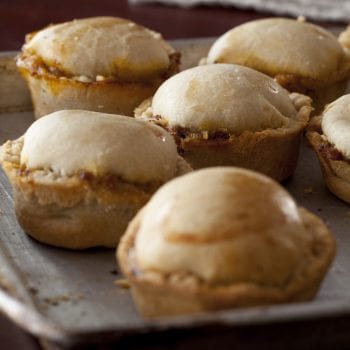 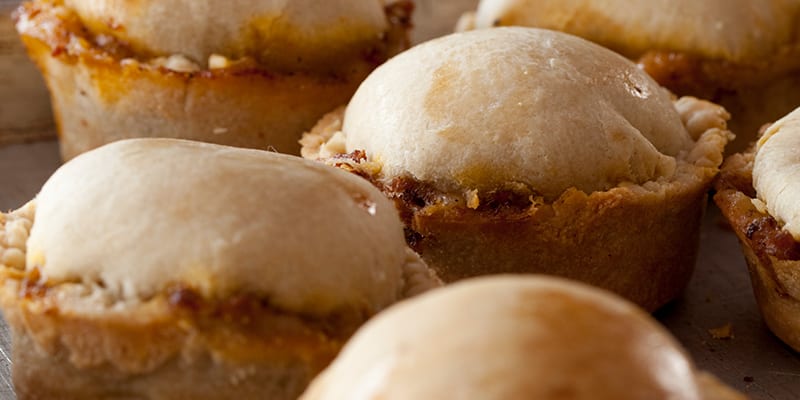 Heat oil in a saucepan. Season meat with salt, black pepper, thyme, allspice, and recado. Fold in onion, bell peppers and garlic until combined. Place in saucepan and stir. Add ¾ cup water and cook for about 20 minutes, stirring occasionally. Dissolve 1 to 2 teaspoons flour in 2 tablespoons water and add to meat mixture to thicken. Cook approximately 5 minutes or until mixture is thickened but not dry. Set aside.

First, preheat your oven to 400F. Combine flour and salt. Cut in shortening and add water, slowly mixing until dough holds together and is pliable. Roll half pastry out on a floured surface. Using a round cookie cutter, cut out 24 rounds. Next, press into individual large cupcake pans. Add 1 tablespoon meat filling to each. Roll out the remaining dough on floured surface and cut out 24 additional rounds. Place on top of each pie and seal edges with a form. Brush with milk. Bake for 20 minutes or until golden brown.

Great for breakfast, lunch, or dinner!

How Belize is Managing Coronavirus Pandemic

Chasing Sunsets: 3 Great Spots On The...