In the Americas, the country of Belize was the last British colony on the mainland. The City of Belmopan, “the new capital,” is the youngest city established in 2000, although it was later designated as Belmopan in 1973. Belmopan is located near the town of Roaring Creek in the Belize River Valley at 50 miles west inland from the former capital, Belize City. If you’ve ever been curious about how Belmopan came to be, here’s a little history.

In 1961, when we were still known as British Honduras, the Belize City was devastated by a Category 5 hurricane: the notorious Hurricane Hattie. At that time, Belize’s only source of weather reports came from the weather bureau in Miami or BBC, via our then-radio station, the British Honduras Broadcasting Service. On the day of October 31, 1961, school was out early after news of a hurricane headed for Belize. 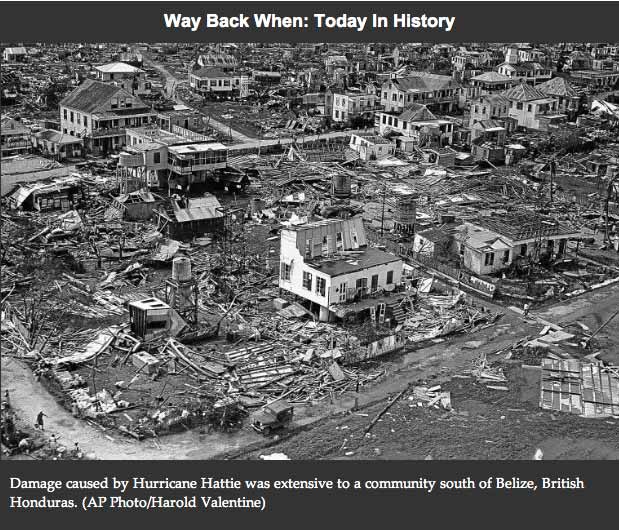 With only a few hours to prepare, there was a mad scramble to get provisions and kerosene lanterns, plus board up windows and doors. Some people moved into improvised shelters such as government buildings, like the Mercy Convent and other Colleges. By 8 pm, Hattie began to rage, torrential rain falling like stones, and winds that sounded like freight trains. It lasted 8 hours, but the aftermath was terrible. With about 75% of homes and businesses destroyed, recovery was slow and excruciating. The Red Cross and British Army, as well as Belizeans, came to the rescue although conditions were precarious.  For months, Belize remained without any school nor electricity. While rain water was collected, food was also rationed. Belize, as a nation, was incredibly vulnerable. 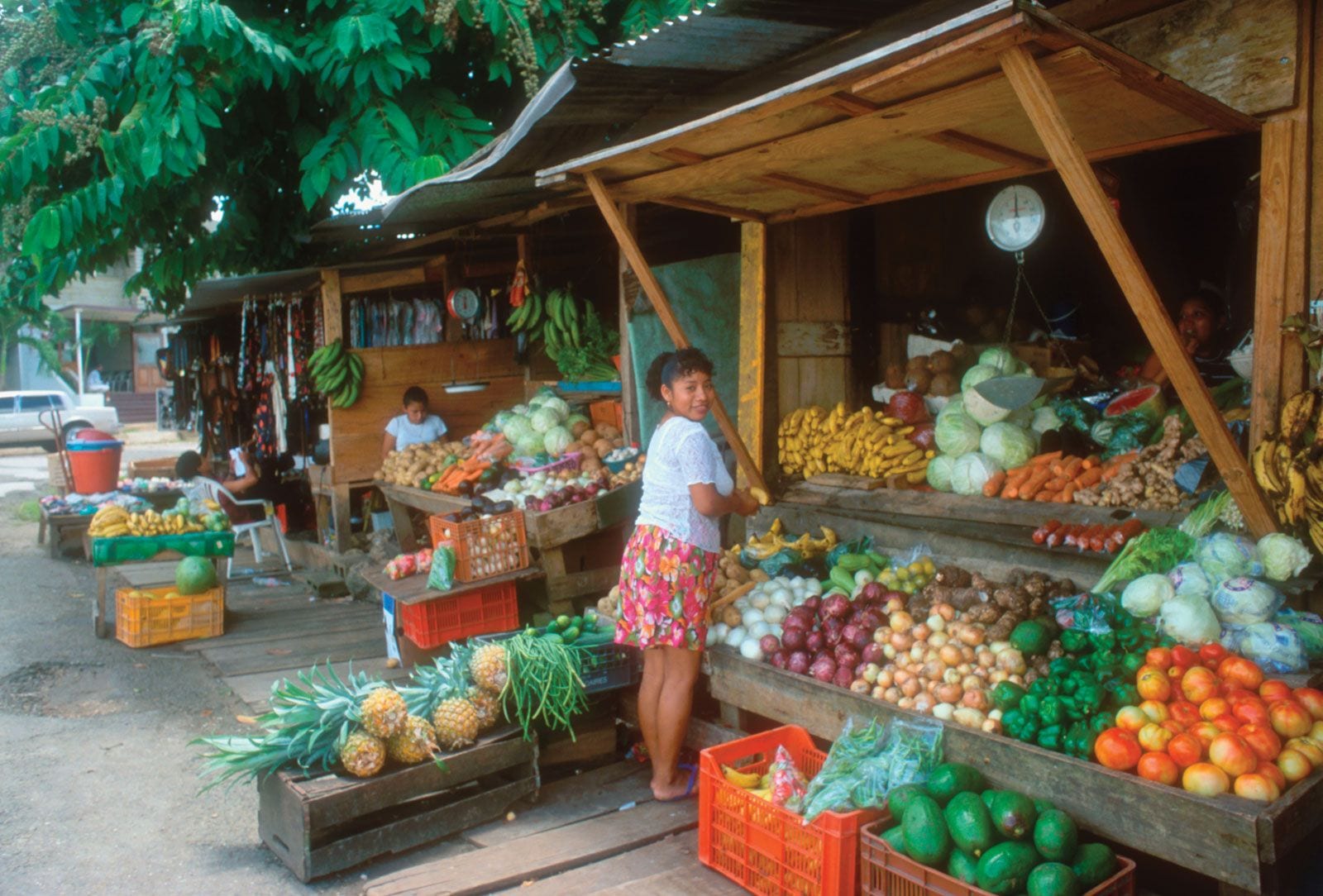 A stall in Belmopan at the stationary farmer’s market. Photo of the 2000s via Britannica

Belmopan’s central location inland didn’t make it susceptible to flooding. Thereafter, construction began in 1966 with funding from the United Kingdom. By 1970, the vast majority government offices moved to the new capital. Construction of housing continued through the 1970s, and there was also an additional terrain set apart for industrial expansion. At first, most residents of Belmopan were government workers and their families. In March 2000, the people of Belmopan and surrounding communities of Salvapan, San Martin, Maya Mopan, Las Flores and Riviera went to the polls for the first time in its 30-year history. A mayor, Anthony Chanona, and six councillors assumed the administrative and municipal responsibilities from RECONDEV, a quasi-government entity, as Belmopan City Council. Two decades later, the council works towards the development of these spaces into recreational, entertainment, business and a cultural hub for the use of the Belmopan Community. 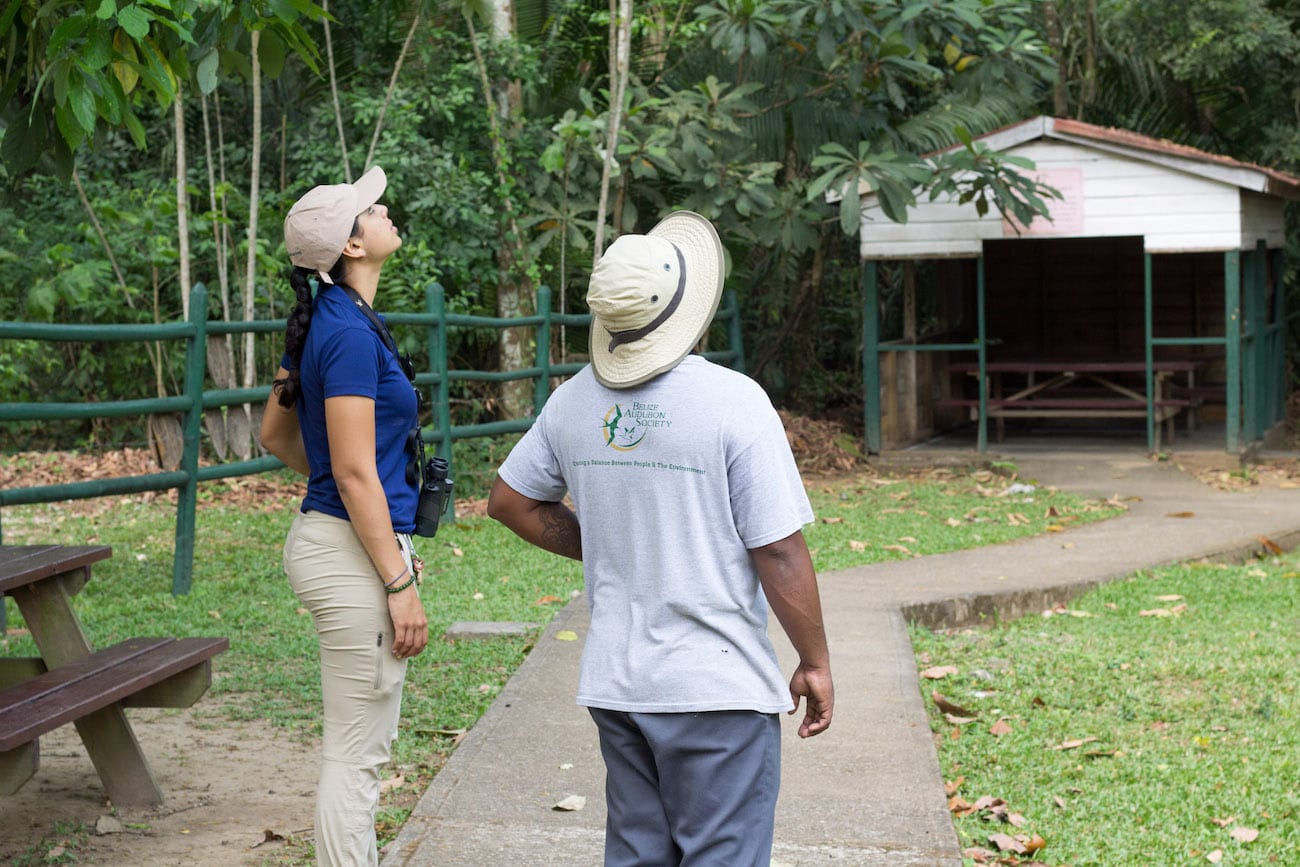 Guanacaste National Park, found at the entrance of Belmopan, is an urban green space. Photo by Belize Audubon Society

Today, Belmopan is well on its way to being a thriving, modern city with the fastest-growing population, bustling with immigrants who have since settled there. Or, Belizeans and retirees who want a quiet yet clean city surrounded by mountains. Nicknamed the Garden City after Singapore’s thriving model, Belmopan aims to be a blend of city and country life. The people love football and have a state-of-the-art synthetic pitch stadium—the Isidoro Beaton Stadium—home of the Belmopan Bandits Sports Franchise.

Not to mention, Belmopan also boasts a beautiful center for the arts and music named after the Father of our country, the Honorable George Price. In May, Belmopan is teeming with visitors from all over the country for the annual Belize Agriculture and Trade Show. It features exhibits and booths from all over the country and Central America; in addition to cultural presentations music, mechanical rides, and even a rodeo. Indeed a transit point for many travelers, keep some of these historical facts in mind for your next visit.

Girls Can Have Fun Fly Fishing: Learn in Belize