Caye Caulker: The Perfect Car-Free Destination If You’re Over Driving On Vacation

In case you missed it, Paris announced a ban on most cars driving through the city that will take effect in 2024—making way for pedestrians, cyclists, and public transit instead. It’s something some of us don’t even give a second thought to, with cars being a staple in our daily lives. That’s why this article on The Points Guy was the perfect conversation catalyst: “Where can you go on your next holiday for a car-free destination?” Elizabeth Atkin outlines destinations from the U.K. to Europe and North Africa, the U.S. to South and Central America, but we’ve got our eyes on our own little slice of traffic-free bliss in Belize. Whether barefoot or on a bicycle, here’s why Caye Caulker, Belize should be your next car-free holiday.

Moving almost entirely at a walking pace, the actual motto of Caye Caulker is Go Slow. The main modes of transportation? On bare feet, bicycles, buggies (a.k.a. golf carts) and plenty of boats to be messing about in. After all, the small limestone coral island off the coast of Belize measures about 5 miles long by less than 1 mile wide. It’s essentially a playground; swarms of kids chase one another across sandy streets while parents, either on their porch or a colorful hammock, happily ignore them. Near The Split, beachgoers thump a sun-bleached volleyball across a net, while sweet and sticky neon green frozen cocktails go out, hand over fist, to sunbathers. The island is almost intimate. In fact, in some parts, it takes just 2 minutes to walk from one side to the other and bicycles are almost always complimentary by every resort.

While on Caye Caulker, here are three “slow” activities to try out on the Belize island.

Sunset on the leeward side of the island 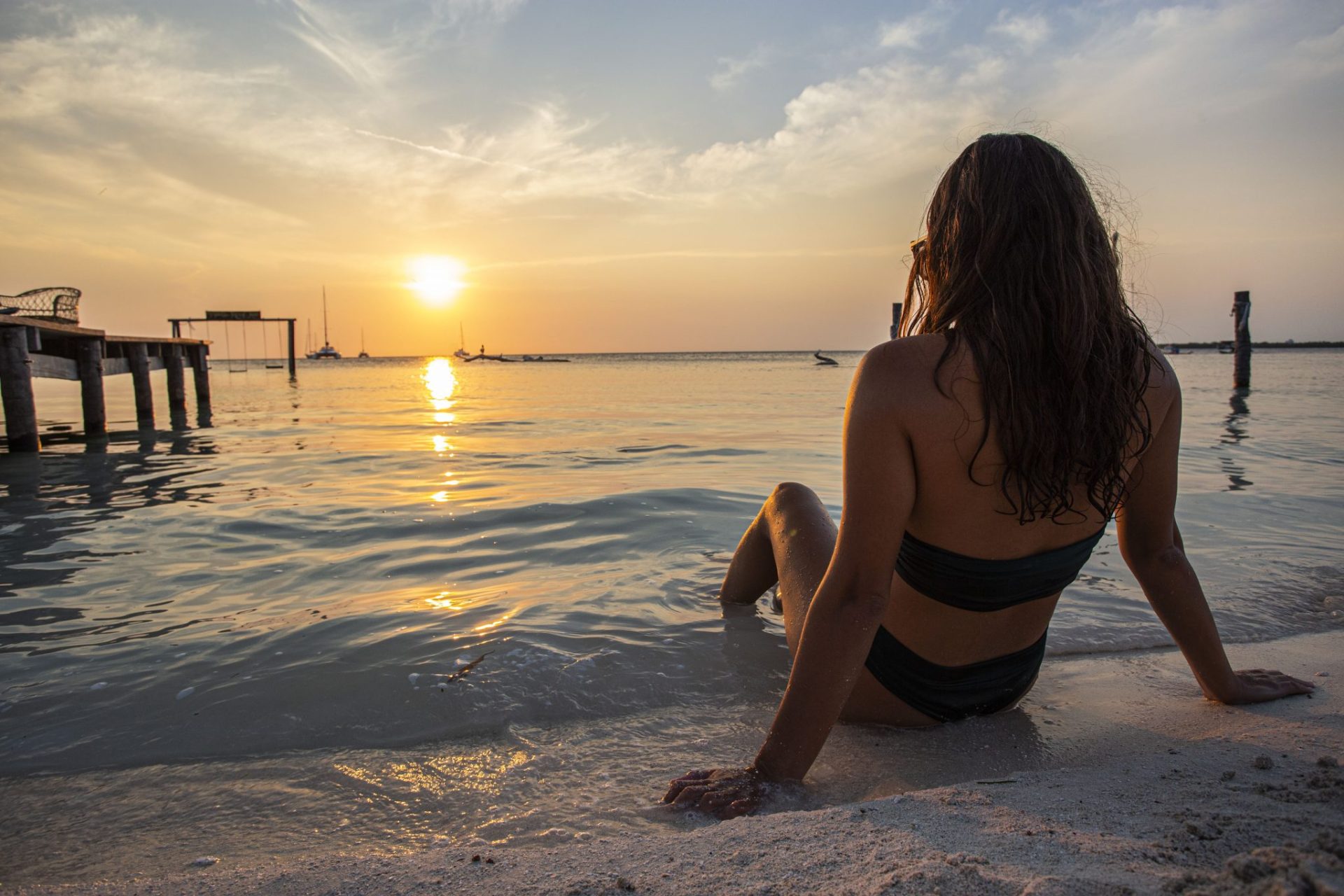 Setting on the leeward side of the island, a smoldering sun tucks in behind sailboats and catamarans for a picturesque view on Caye Caulker. It’s sublime, romantic, and even better with a sundowner. Although there are fewer resorts & restaurants on this side of the island, grab a cocktail nearby and cozy up on either the dock or seawall. Guests can hang back for practically as long as they like—bars like Iguana Reef Inn’s own will cater to the last guest. That also means if it’s a slow night, they’ll close early too. To get here, take the 3-minute walk just past the football field.

Particularly special during sunset, there’s a mini seahorse nursery on the west side of the island, plus grounds for resident Southern Stingrays to come right up to shore. The seahorses are tiny, but the staff at Iguana Reef Inn do a great job at pointing them out to you, so keep a keen eye!

Caye Caulker’s Namaste Café offers not only coffee and fresh breakfast and lunch but also one of the most zen things to do in Caye Caulker: rooftop yoga. Everything is provided for yogis of all ages, including yoga mats and blocks. Plus, the class is technically free—the fee for a yoga class is done on a donation basis.

All The Best Ways To See Caye...