If you visit Belize and ask about the top chefs in the country, hands down one of the names you’ll hear is Chef Sean Kuylen. 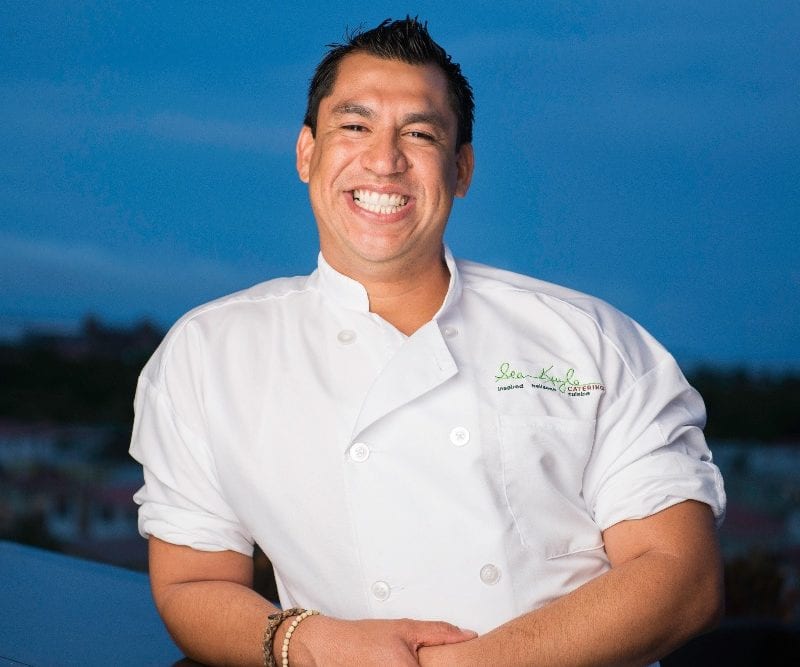 Born in Corozal and raised in Dangriga (known as the cultural capital of Belize), it started very early for Chef Sean Kuylen. Sean’s passion for the kitchen was nurtured by one of his greatest influences – his mother. She inspired him to become a chef when he was just a boy after he had burned up many of her pots cooking eggs and baking. Sean attended culinary school in San Francisco and finds the creativity of being a chef and pleasing guests exceptionally rewarding. Sean uses a unique touch with all his specialties of the Caribbean, most notably Belizean cuisine. He says, “Belize has so many cultures and flavors to play with, it will take my entire career to mix, marry, and flirt with them all!”

After several training and internships all over the world, Sean returned to his beloved Belize and began working at several celebrated resorts then later ventured off to do his own thing. He now tours the country catering from his fully equipped mobile kitchen delivering his “Inspired Belizean Cuisine”. He is known for catering to a variety of events, and Belize destination weddings.

Chef Sean was also the host and contributing author to the Flavors of Belize cookbook and YouTube videos. He has been representing Belize and its foods internationally to places such as El Salvador, Mexico, The United States, London, Taiwan and many more.

During an interview for the Flavors of Belize cookbook, Sean was asked to tell the readers and viewers what his favorite dish was. “The best foods are the ones perfected by tradition,” Sean says. For example,” My favorite Belizean dish from another chef,” he says, “are the tamales from Miss Bertha, located on a roadside stand at “The Gap” on the Hummingbird Highway. She’s known as the Tamales Lady because all she does is tamales. She gets up at 3 am to grate the corn and assemble the tamales and cooks them on a fire hearth. She’s been doing this for many, many years and has had three generations of helpers.” In Belize, you never know where you’ll find a hidden culinary gem and I’m proud to be a part of that culture.

Take a look at some of the recipes prepared on the Flavors of Belize cooking show by Chef Sean Kuylen. https://www.youtube.com/user/BelizeCooking

Things to do in Orange Walk