If You’re Craving Belizean Panades, Make Them With This Recipe

The most salient characteristic of Belizean society is our ethnic diversity. And with it, our self-proclaimed and well-anointed reputation of being a melting pot of not only cultures but also cuisines. The Mayas, the first inhabitants of what we now know as Belize, carved a landscape rich with ancient sites as their civilization’s heartlands that dominated Central America. In its wake, the Mayas not only left behind 1,400 recorded sites in Belize but an intricate culture and stronghold in traditional and ceremonial cuisine, including cacao and corn. Today, the popularity of corn has spread beyond its indigenous roots to be enjoyed by all cultural groups with only-in-Belize twists, like our beloved “corn foods” that use masa as their base. Tamales, panades, salbutes, and dozens of other Belizean dishes wouldn’t be possible without the foundation of each recipe, masa — a wet corn dough of corn grains boiled in water with cal, or a little calcium carbonate, achieved from a process called nixtamal. 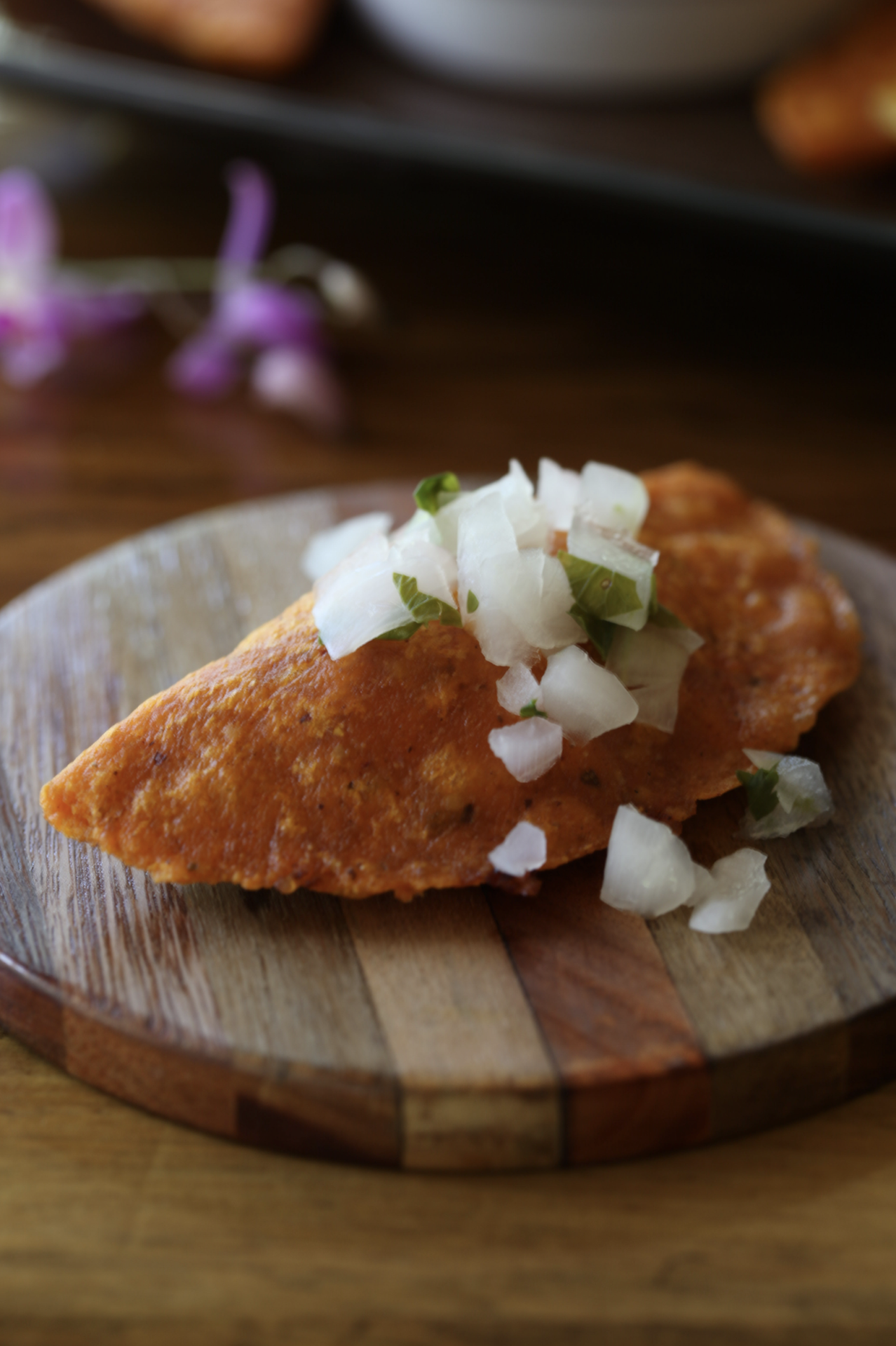 Herein, we present the panades. As empanadas are to Spain, panades are to Belize. Mini mounds of seasoned masa are pressed thin, like a tortilla, between two hand-cut pieces of plastic on both sides of the tortilladora. However, these won’t meet a comal like a regular corn tortilla. Instead, they’re filled with the likes of refried beans, hashed fish, and more unconventional fillings like cheese, chicken, and pumpkin. Pressing the edges into the shape of a half-moon, these crescents meet piping hot vegetable oil to be deep-fried. 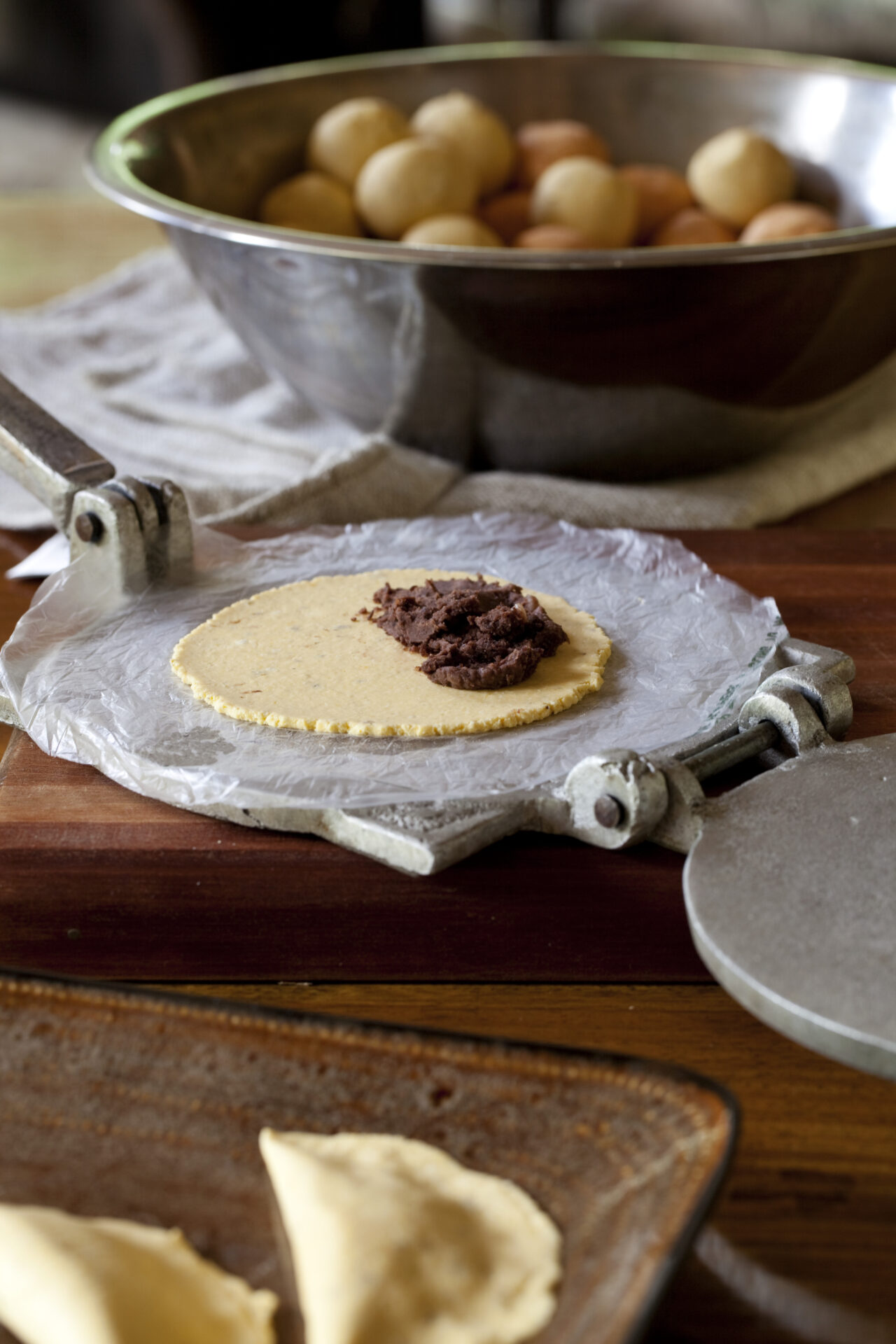 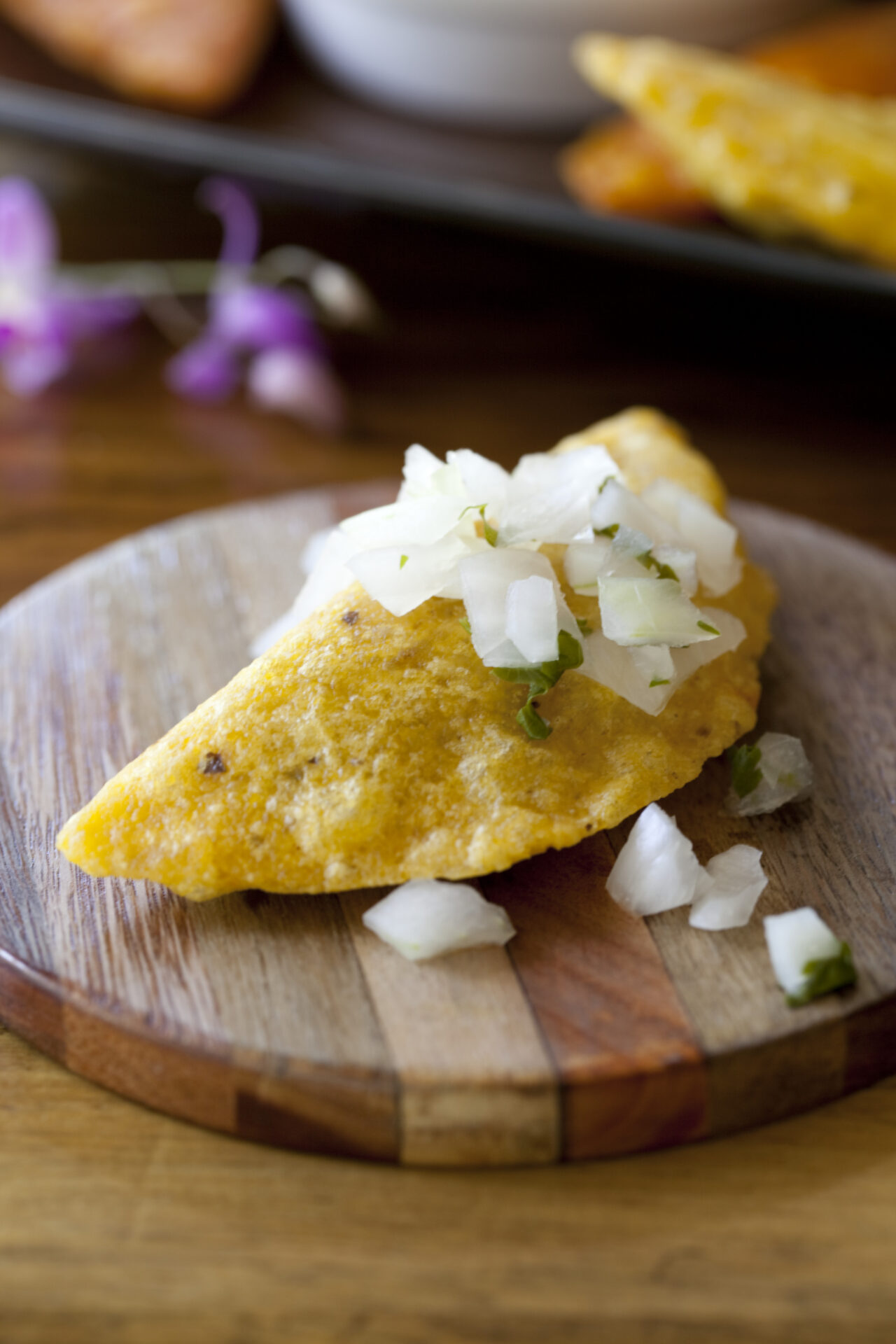 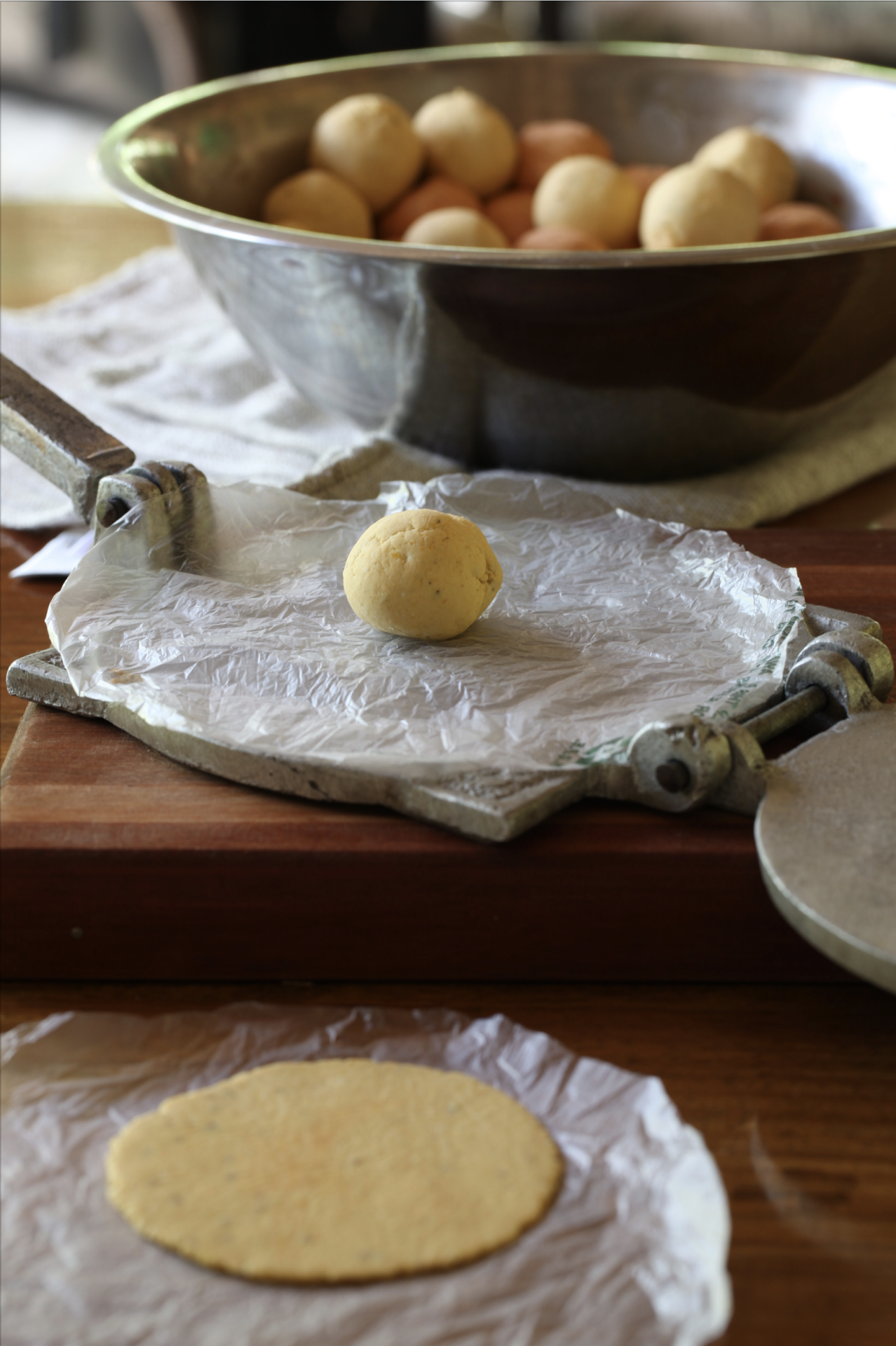 Cooked until crisp, they’re served hot underneath a pickled onion sauce—chopped onions are seasoned with vinegar, whole allspice seeds, cilantro, and whole habanero peppers. So if you’re craving Belizean panades, it’s time to make your own with this recipe. 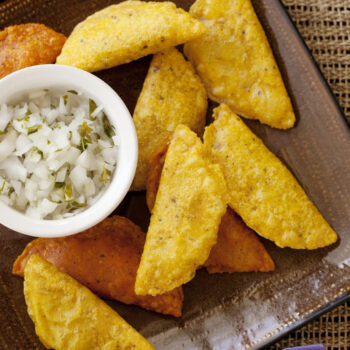 Mix masa, baking powder, and salt. Dissolve recado in water and add to masa until soft and masa holds together. If using Masa Harina, follow the instructions on the package. Form into 1½ inch balls. Place a ball of masa in-between 2 sheets of parchment paper in the center of a tortilla press and flatten (Belizeans traditionally use plastic bags cut into squares). Place approximately 1 teaspoon of filling—either refried beans or fish— in the middle and fold over to form a patty. Press edges together to seal. Do not overfill, as you don’t want them to explode when cooking.

Heat oil in a large frying pan—oil is hot when small bubbles form when testing with a wooden chopstick. Fry panades until it floats, turn, and cook until slightly crisp. Serve with Belizean hot pepper onion sauce.

When using refried beans, eliminate red recado paste from the recipe. Locally, cooks use red recado to differentiate between panades fillings. *Red recado is a Maya spice paste colored brick-red from annato seeds, or achiote. Recado rojo can be bought at Latin markets in brick-shaped packages.

Night Life Is Back In San Pedro Town. Here Are The Places To Start With

A Sneak Peek at ‘Caribbean Summer’: The Hallmark Rom-Com Movie Filmed in Belize