5 Fun Facts About The Philip Goldson International Airport in Belize

Because every airport on the planet has a story to tell, it may come as no surprise that the San Francisco International Airport employs a therapy pig to calm anxious flyers; that the 53-square-mile Denver International Airport is larger than Manhattan, San Francisco and Miami combined; and that during the 2014 Ebola outbreak, travelers refused to fly out of Costa Rica’s Liberia Airport because they thought it was located in Africa. While you won’t find comfort pigs at Belize’s Philip S. W. Goldson International Airport, that doesn’t mean there aren’t plenty of interesting stories associated with this busy airport. Instead, find five fun facts about Belize’s international airport that stand as a vital hub, welcoming passengers from around the world, especially from North America.

If you fly in and out of Belize’s Philip S. W. Goldson International Airport, the number of connecting flights you can catch is remarkable. On your way to Corozal, Caye Caulker, Dangriga (Hopkins), Kanantik, San Pedro, Savannah, Placencia, and Punta Gorda, you receive a free sightseeing tour that could include flying over majestic Maya mountains, lush rainforests, winding rivers and the second-longest barrier reef on the planet.

Related: Getting To Belize & More

Built between 1943 and 1944 during World War II, this airport has been a vital military asset that a senior U.S. Air Force general called “the best-defended airfield in Central America.” Goldson has hosted British Forces Belize, the Royal Air Force, U.S. Army Air Corps, and other “guests” of the country when the defense of the western hemisphere required enhanced mobilization. It remains the 7th busiest airport in Central America. 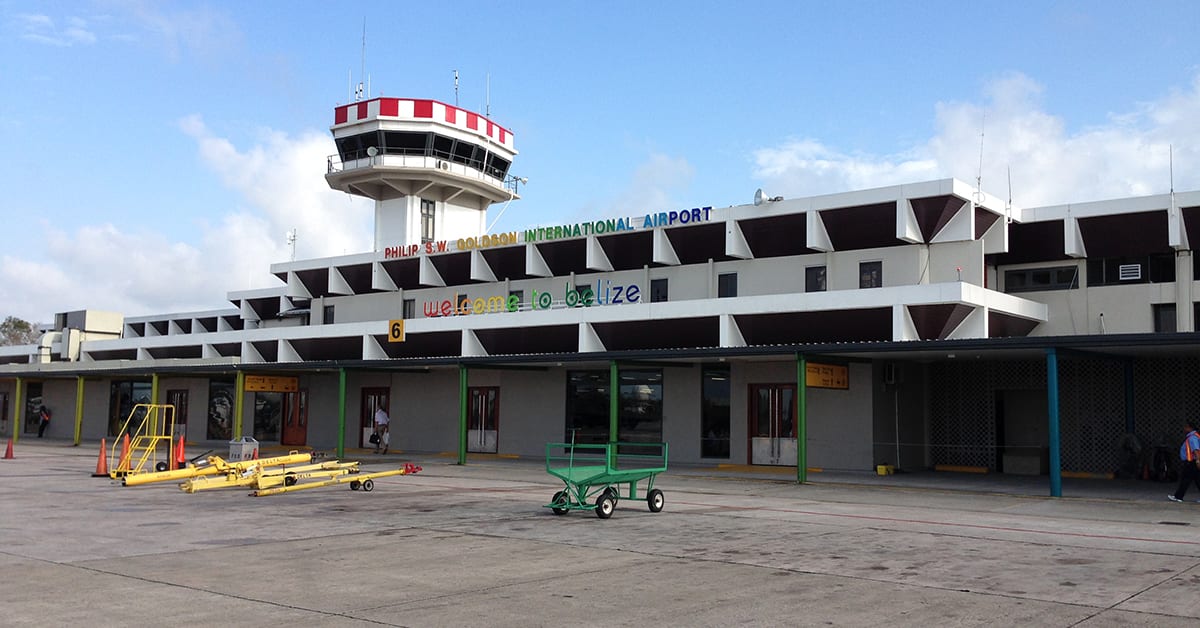 When government officials decided to name Belize’s international airport in honor of Belizean newspaper editor, activist, and politician Philip Stanley Wilberforce Goldson, they decided not to use his entire name, honoring the living legend by calling it the Philip S.W. Goldson Airport instead. Despite going blind in 1978, he turned a distinguished career into advocacy for the Caribbean Association of the Disabled, remaining a patron and icon until he died in 2001. 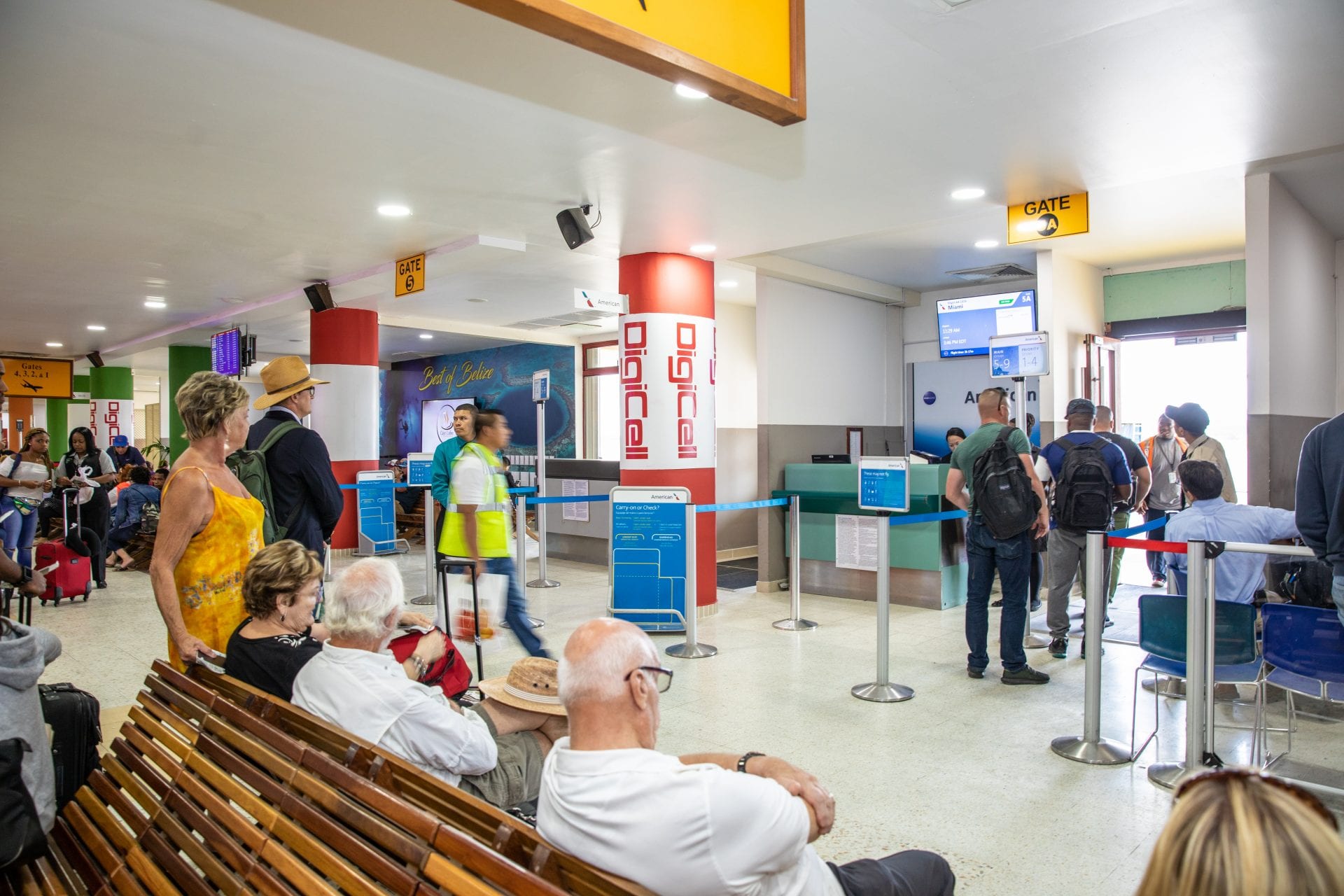 Goldson is truly a self-sustaining facility that covers 457 acres of land and offers pilots 9,900 feet of runway and apron. Two terminals host 12 international airlines. There are 7 departure gates within the 110,000-square-foot building and a surprising number of services under a roof that include 14 car rental agencies, 8 duty-free stores, 15 retail, and convenience stores, 2 ATMs, 1 bank, 2 restaurants, 2 delis, and one shoe shine emporium. Eight cargo companies are headquartered here, too.

Just because Belize’s airport is small, that doesn’t mean there aren’t plenty of interesting things to do while waiting for a flight and that’s a fact. Jet’s Bar, operated by Jet himself, has been keeping passengers in good spirits for 30 years, probably because Jet’s is the only bar in the airport! For travelers more interested in boutiques than booze, stopping at the Harley Davidson store for kicks and the Belikin Beer Shop is mandatory, even if you neither ride nor imbibe. Souvenirs of your Belize visit are also available – just in case you had such a great time during your stay that you forgot about friends and family back home!

Win a Grand Caribe Getaway for 2021 to Ambergris Caye, Belize!

The Intel on Booking Last-Minute Holiday Travel to Belize