(Forbes) — Seen on First We Feast’s Hot Ones and in stores around the world, Marie Sharp’s hot sauce will have you thinking, Frank who? But that’s not what Marie Sharp set out to do when she first began making hot sauce in her kitchen using vegetables and herbs from her garden. In fact, her first habanero pepper crop wasn’t even something she’d planted for herself.

Once upon a time, Marie Sharp worked full time at the Belize Citrus Company, though she and her husband were known for growing a variety of fruits and vegetables on their own family farm. In 1980, Marie was tasked by a local doctor to plant and harvest some red habanero peppers for him as he was a hobby hot sauce maker. When it came time for the doctor to retrieve the harvest, Marie had grown nearly 1,000 pounds of peppers in a short three month span of time—and the doctor only wanted about 100 pounds of the peppers.

Marie thought about the work she’d put into growing the red habanero peppers and knew she didn’t want any of them to go to waste, so she grabbed her home blender and began infusing her habaneros with fresh vegetables from her farm—mainly celery, papaya, and carrots. Her personal favorite was the carrot mix and she made dozens of bottles of hot sauce to give away to friends and family. Within hours she was being given rave reviews and began to make her unique hot sauce at home as a part time job. 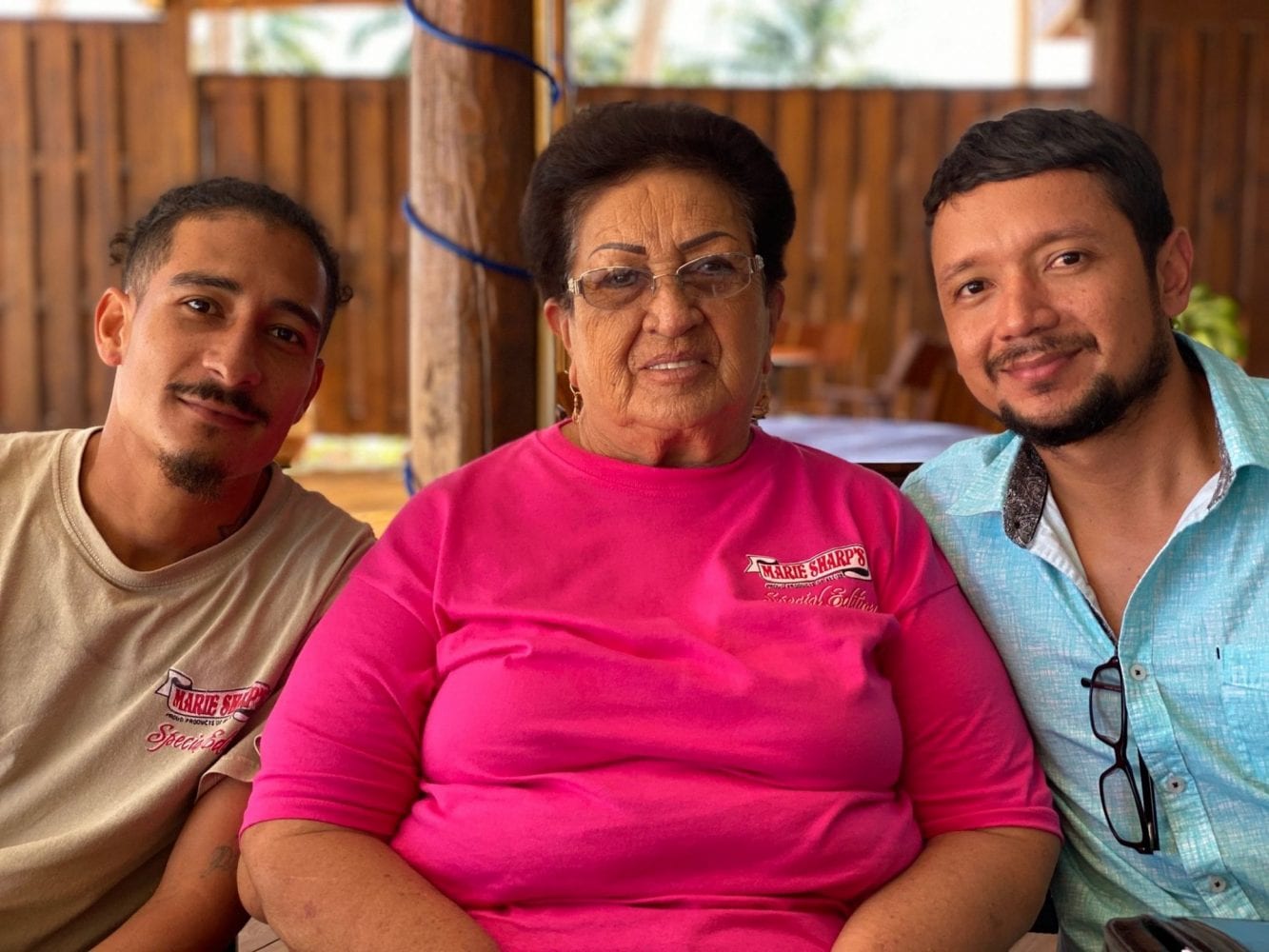 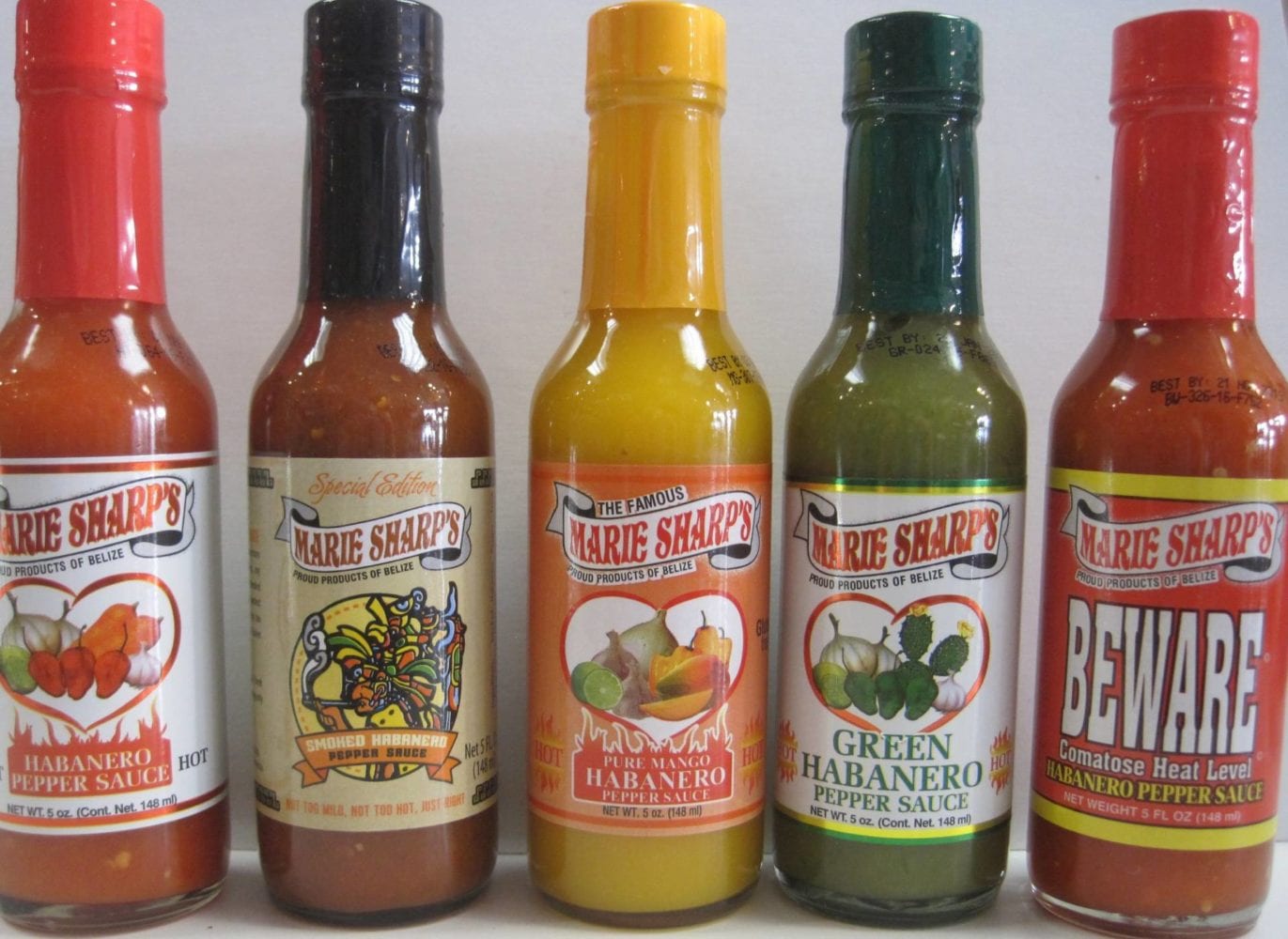 Available in 16 flavors and counting, there are no additives to these hot sauces and they’re made purely with fresh sun-ripened fruits and vegetables grown in Belize soil. The most brand’s bestsellers are the Original Fiery Hot Pepper carrot-based sauce, Green Cactus Habanero Pepper Sauce, and Red Hornet Lava Heat, though newer flavors include Pure Mango Pepper Sauce made with ripe mangoes, Pure Love Pineapple Pepper sauce made of fresh ripe pineapples, Nopal Green Habanero made with the prickly pear, and a Original Garlic Hot with a touch more of garlic—Sharp’s personal favorite. 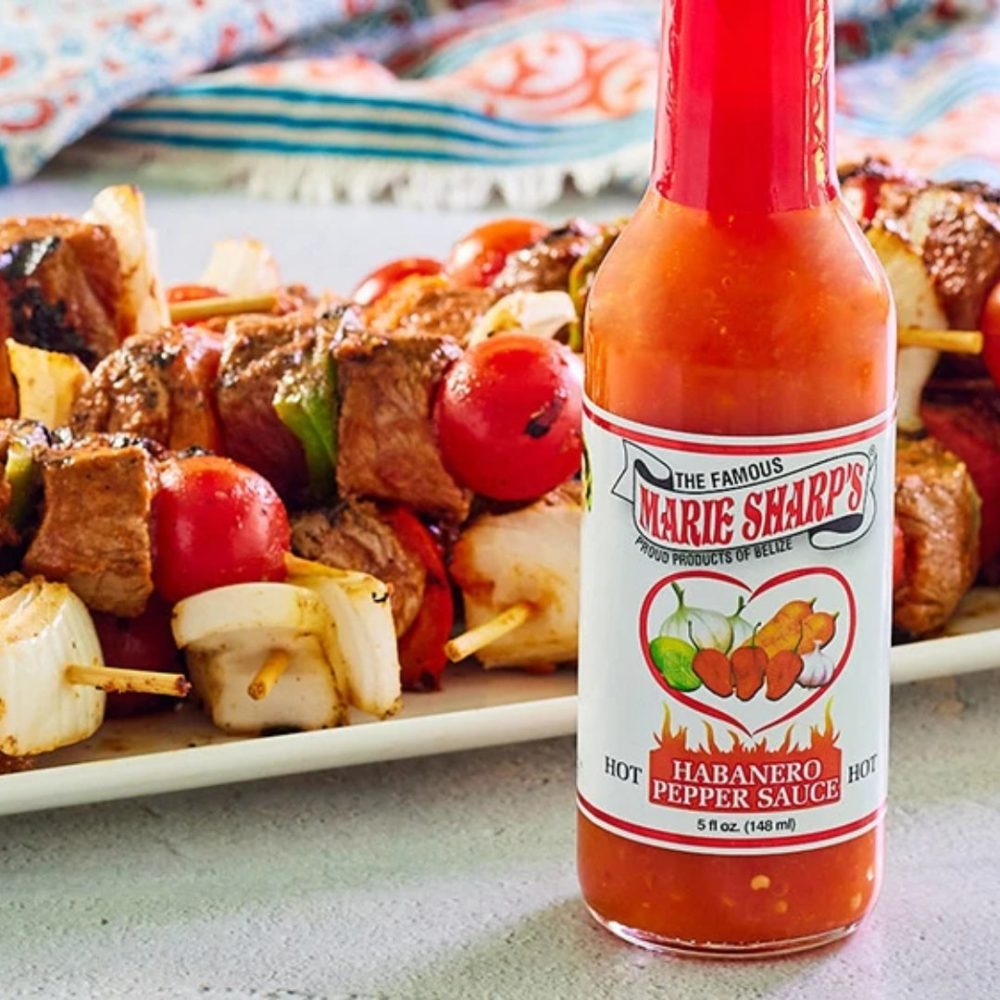 There’s a magic in the way Sharp is able to fuse the habanero with fresh vegetables or tropical fruits that has the perfect balance between flavor and heat making these sauces a favorite of everyone who tries them. Those who love extreme heat can opt for the spicier ones like the Belizean Heat, No Wimps Allowed and Beware.

A published author, poet, and blogger, Khaila believes that her one true passion in life is the written word. She loves connecting with readers through her work and feels there’s no better way to do so than writing about the cultural and life experiences that come along with the place she gets to call home.

Beat the Heat: Air-conditioned Restaurants on the Placencia Peninsula

4 Reasons You Should Visit Belize during the Festive Season