The Belize Barrier Reef, Earth’s second-largest reef, is celebrating its 10,000th birthday in 2022! Running from the North adjacent to Ambergris Caye in a generally southward direction before hooking at the Sapodilla Cayes, the 185-mile-long Belize Barrier Reef is Belize’s pride and glory. Under its protection, 450 mangrove cayes and sandy islets dot the coast for a smorgasbord of marine adventures just waiting to be experienced. But it’s not just inherent beauty ⁠— the Belize Barrier Reef contributes a wealth of ecological value too, with some of the best reef growth in the Caribbean. After being dubbed “the most remarkable reef in the West Indies” by Charles Darwin himself in 1842, Belize does not shy away from its claim to fame. 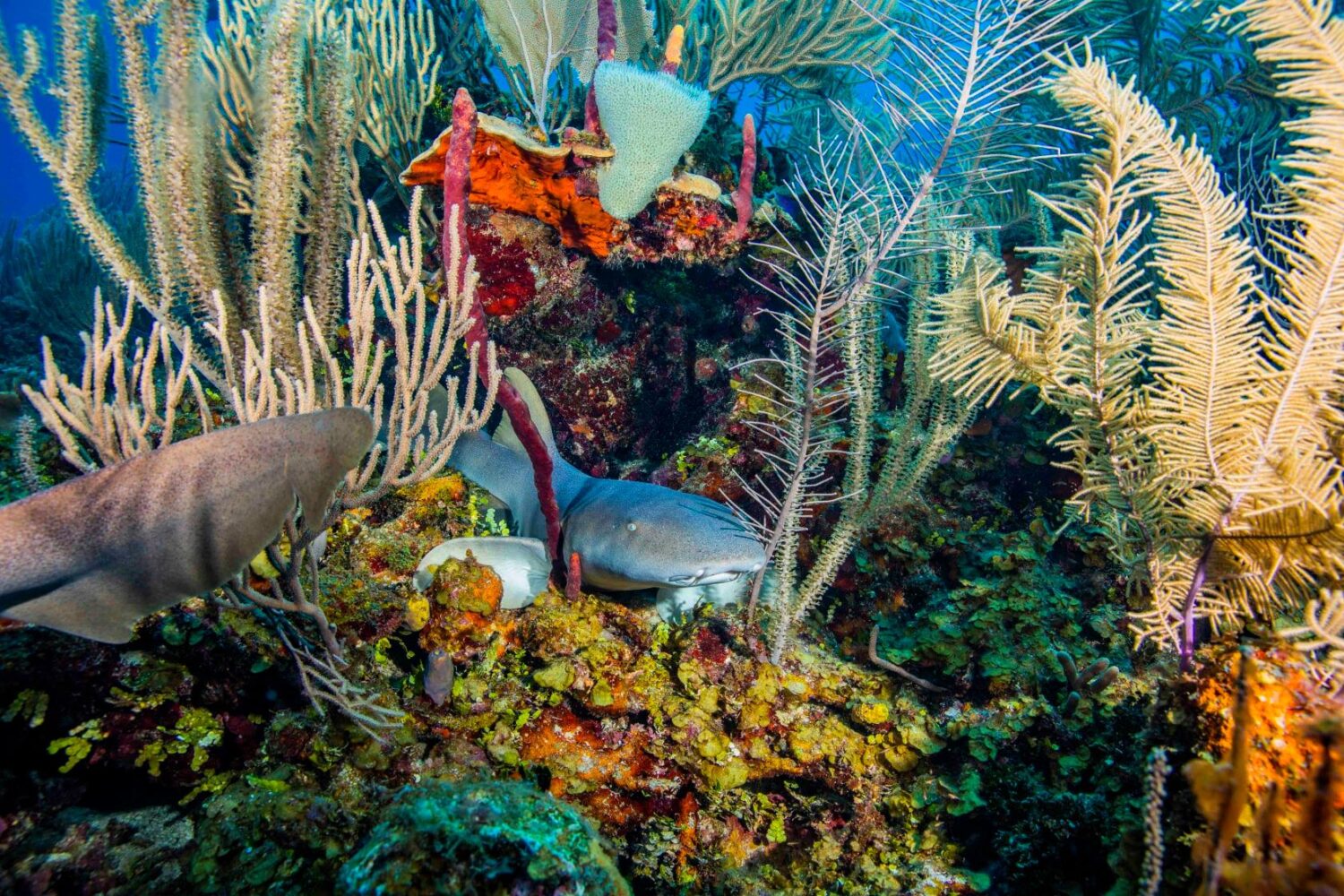 The 10,000-year-old beauty is home to roughly 100 coral species, 500 species of fish, and much more in its 370 square miles. Plus, three of the Caribbean’s total four atolls. As part of the larger Mesoamerican Barrier Reef System, seven key marine protected areas have been identified as the Belize Barrier Reef Reserve System (BBRRS), which was inscribed as a UNESCO World Heritage Site in 1996 in recognition of its importance as a marine habitat and global natural resource.

Last year, Belize made history with the support of the largest debt conversion for ocean conservation to date. Belize has committed to protecting up to 30 percent (10,113 square kilometers) of its ocean areas, including coral reefs, seagrass beds, mangroves, and other important marine habitats. To support this commitment, The Nature Conservancy (TNC)—led by local staff in Belize and supported by NatureVest, TNC’s impact investing team—has helped restructure approximately US$550 million of the nation’s external debt, leading to a lower outstanding debt balance and a longer repayment period.

As a guest in Belize, do your part in its preservation when visiting the reef by wearing reef-safe sunscreen, avoiding contact with the coral, and picking up trash and recyclables on the beach.

As close to a birthday party as it’ll get, join in on the celebration with the World Oceans Day Expo! Held in Belize City’s Buttonwood Bay Park, stakeholders, students, and reef-lovers alike gather from 9 am to 3 pm on June 8. There’ll be giveaways, games, and much more.

And if you’re in San Pedro on Friday, June 10, join the sargassum community beach clean-up! Starting at 8 am, community members hit the beaches of Ambergris Caye to tackle blooms of Sargassum that have wreaked havoc on our tropical shores.

Living For The Long Haul: How Carmelita...