Time was, rum was thought of as a summer drink, a light, ephemeral spirit to add booze to your frozen cocktails and little else. But times, thankfully, have changed. Rum is now widely regarded as a sipping spirit to rival the world’s great whiskies and cognacs. What’s changed? Well, there are plenty of new and exciting distilleries coming on board all over the world. But more than that, it’s simply perception and awareness—the same distilleries that have been making great rum for decades or even centuries are now getting noticed by a lot more people. In this article by The Robb Report, author Tony Sachs takes us through the 9 best new rums to drink right now, including the Belize 2005.

So if you think that sweater weather means it’s time to put away the rum, think again. Here are 10 of the most exciting new expressions out this fall, ranging from Jamaican pot still to rhum agricole from Guadeloupe, and many spots in between. They’re all mixable, but most of them are intended to be sipped like the fine spirits they are (although we wouldn’t blame you if you wanted to see how they play in a daiquiri). One trait they all share is that, unlike many more popular brands, they don’t add sugar or any other additives after distillation; these rums are as pure as they are delicious. They’ll definitely warm you up on those chilly autumnal nights. And these ten are just the tip of the iceberg—or, possibly, the entrance to the rabbit hold—of the most exciting category in spirits right now. 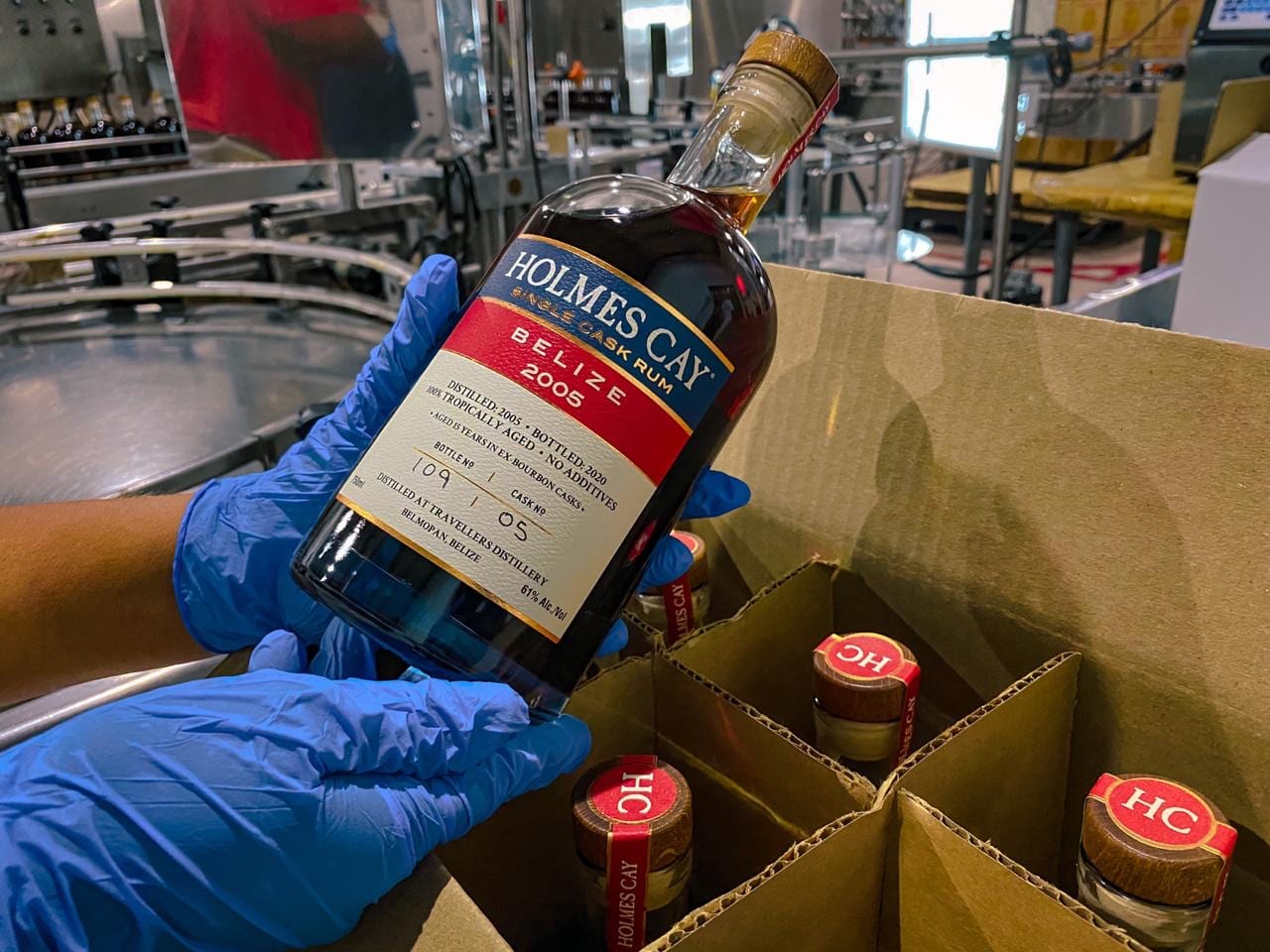 Holmes Cay’s mission is to search out the world’s best rums, one cask at a time and bottle them at full strength, with no additives, fancy barrel finishes, or anything else that would distract from the rum’s purity and quality. So far, it’s doing a bang-up job. It burst on the scene in 2019 with a 14 year old bottling from Barbados and followed it up this year with offerings from Fiji and Guyana. Now Holmes Cay hit Belize and its Travellers Liquor Distillery, for the country’s first ever tropically aged cask strength rum to be offered Stateside.

Fifteen years in a barrel in the heat of Belize is a surprising amount of rum aged in more temperate European warehouses, hence the “tropically aged” distinction. Nonetheless, it has given the rum a shockingly dark ruby-amber color. On the palate, it is intense as well; with notes of dark cherry, baking spices, stewed prunes and a hint of tobacco. For a rum matured entirely in ex-bourbon barrels, it’s got surprising sherry qualities, especially on the finish. It’s a fascinating rum that’s a top-of-the-line introduction for Belizean rum novices.

The Best Belize Travel Deals To Shop This Black Friday

An Agent’s Checklist For Booking International Travel To Belize