This Is The Best Time To Visit Belize and Eat Lobster

Hello, summertime! We find ourselves even happier, and with the opening of the lobster season on July 1, it’s no coincidence everyone’s in a good mood in Belize. during the summer. After all, the Spiny Caribbean Lobster plays a huge role in the Belizean economy with an estimated $7 million exported yearly. All the lobster sold and exported from Belize is done by traditional fishing methods. Some lobster fishermen free dive (i.e. dive without any breathing apparatus) to the seafloor. There on the bottom, using a long stick with a hook at the end called a hook stick, the fisherman has to quickly hook the lobster before it can scurry away. Despite their sluggish appearance, lobsters can swim incredibly fast when threatened.

The other way that lobsters are caught in Belize is with traps. Local fishermen carefully make handmade traps using traditional methods and then bait them. The trap is then placed in a shallow, sandy area of the sea. When the trap has caught a few lobsters, the fisherman free dives to the bottom of the seafloor and connects a line to the traps. The traps are then hauled up into small boats called dories or skiffs.

What makes Caribbean Lobster so special

The lobster found in the Caribbean waters off the coast of Belize is the spiny lobster, which is a bit different than the lobsters found in North America, but many visitors find that they have a sweeter and more delicious taste than American lobsters. 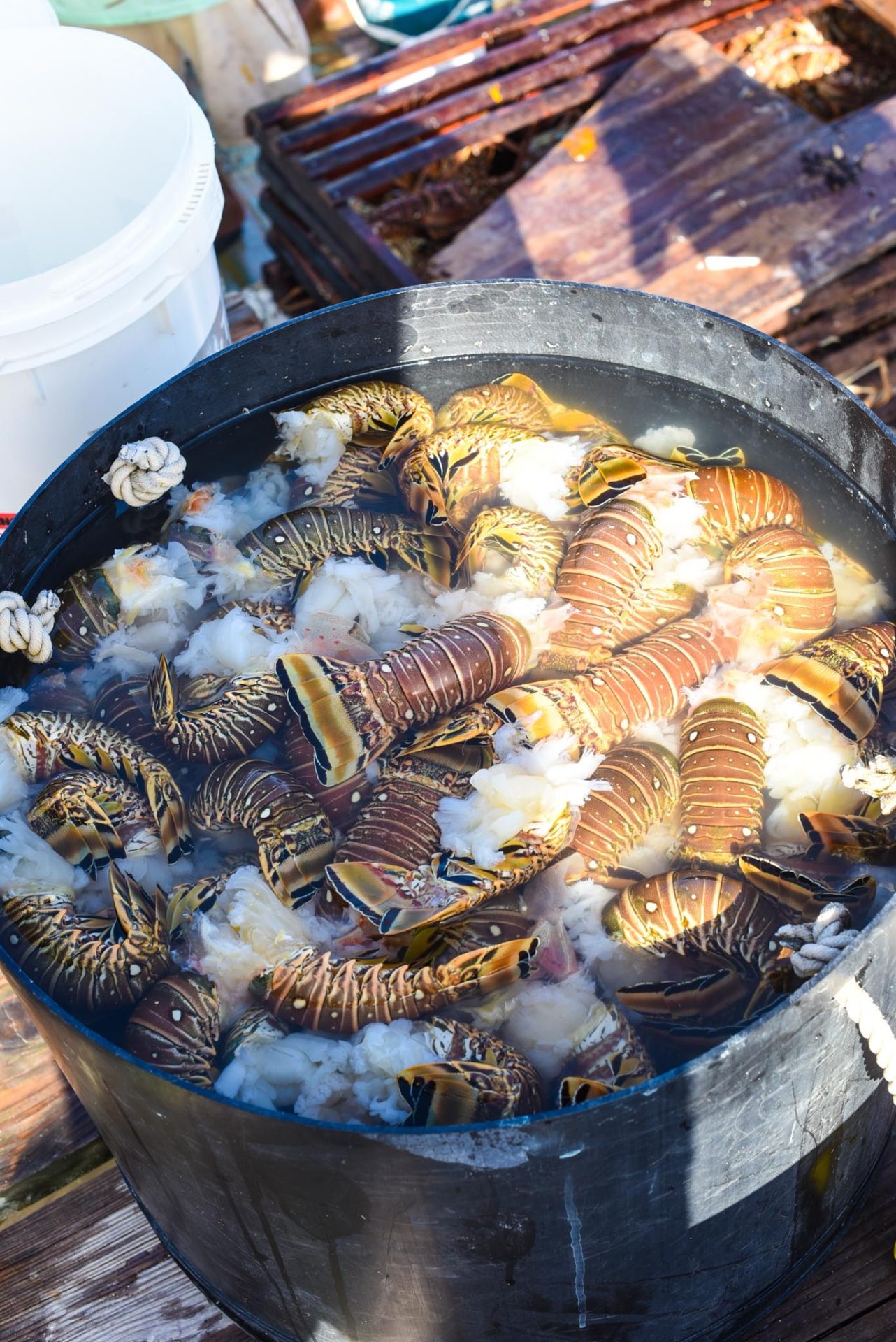 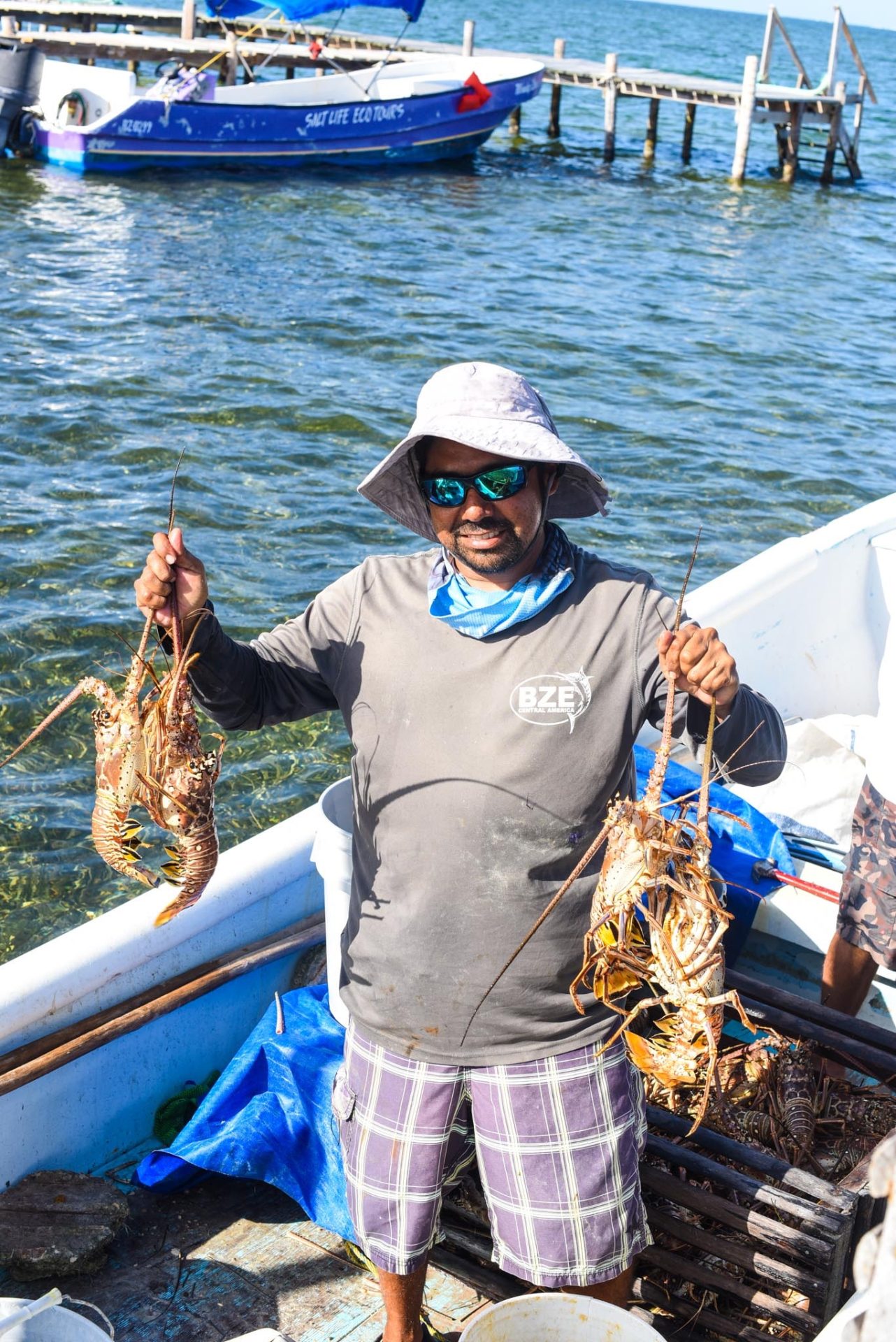 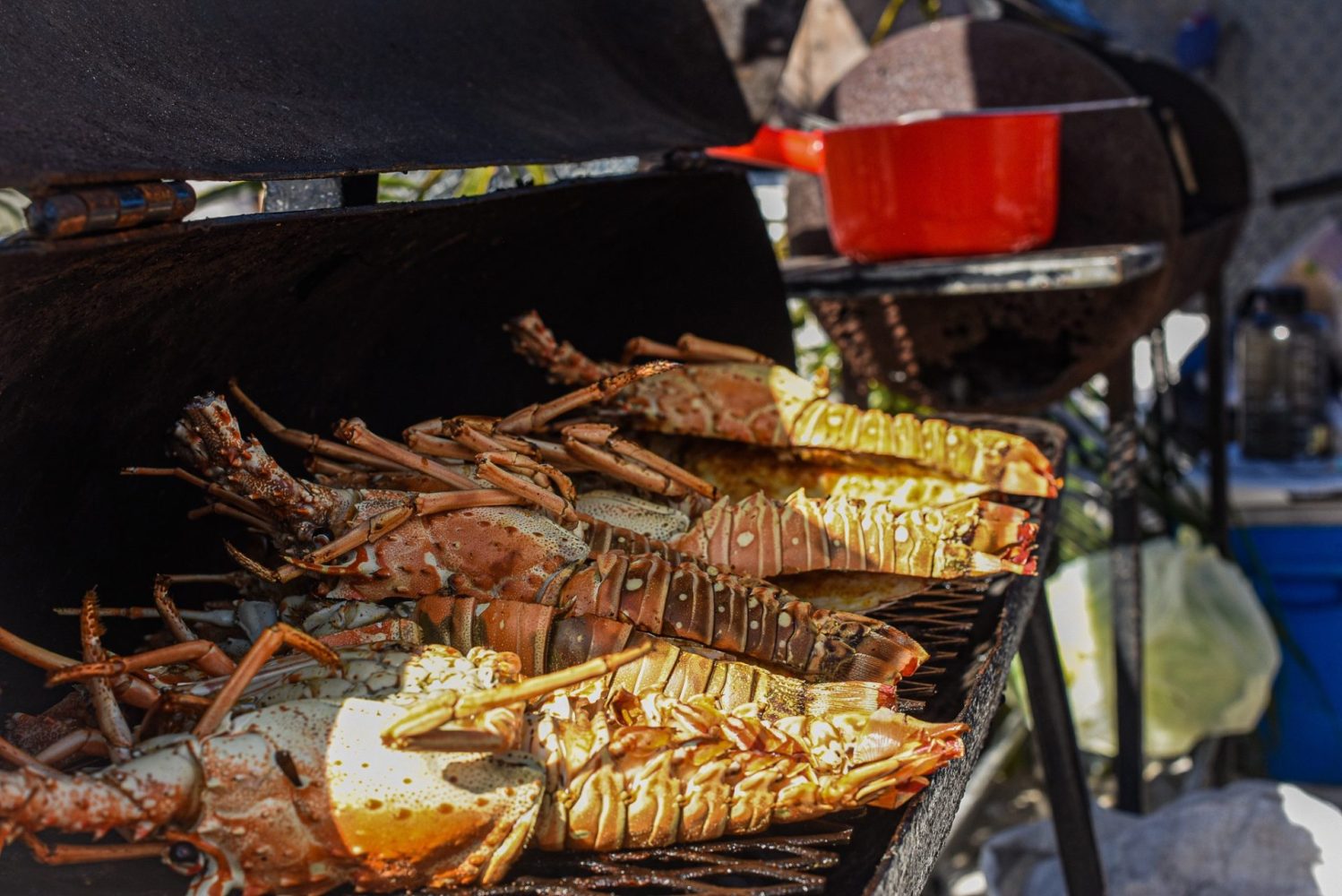 Like in all decapods, the Caribbean spiny lobster’s shell really is a skeleton on the outside of its body. The exoskeleton does not expand, and therefore the lobster must molt (or shed) it regularly in order to grow bigger. Before molting, an individual begins building a new, larger skeleton inside the existing one. As it gets too big to be contained, it splits open the outer shell, and the new exoskeleton hardens. During this process, the new exoskeleton can be soft for several hours, and the lobster is highly vulnerable to predation. 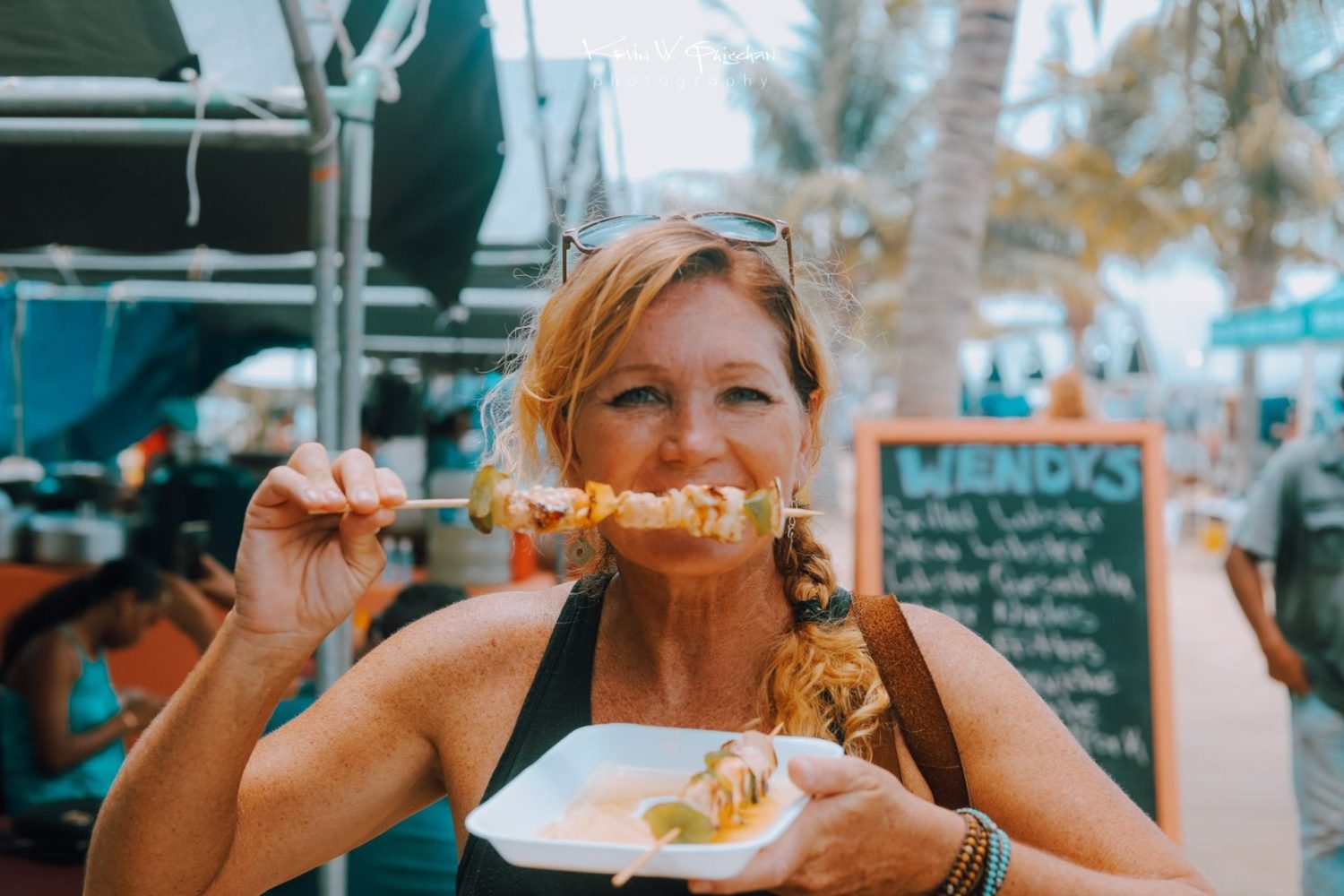 Caribbean spiny lobster populations are declining throughout their range and have been mostly depleted in some areas, but scientists do not have sufficient information to understand whether or not they are vulnerable to extinction. They are highly sought after for their meat and are one of the most valuable species in the Caribbean. For this reason, they are vulnerable to overfishing. Fishers throughout their range catch Caribbean spiny lobsters by free diving or SCUBA diving to catch them by hand or by setting numerous, baited traps.

Using these methods, a team of fishers can capture nearly every individual in an area. This species is harvested through a managed fishery throughout its range. Regulations on time of year and location where the Caribbean spiny lobster can and cannot be captured are defined by most countries where it is fished. Unfortunately, poaching and other forms of illegal fishing, plus fishery regulations that are not based on the best science, threaten this species, and populations will likely continue to decline. Along with the queen conch, the Caribbean spiny lobster is one of the most valuable exports for small Caribbean countries, and a collapse in this fishery would threaten coastal economies in many places.

“It’s not just a vacation.  It’s an experience!” 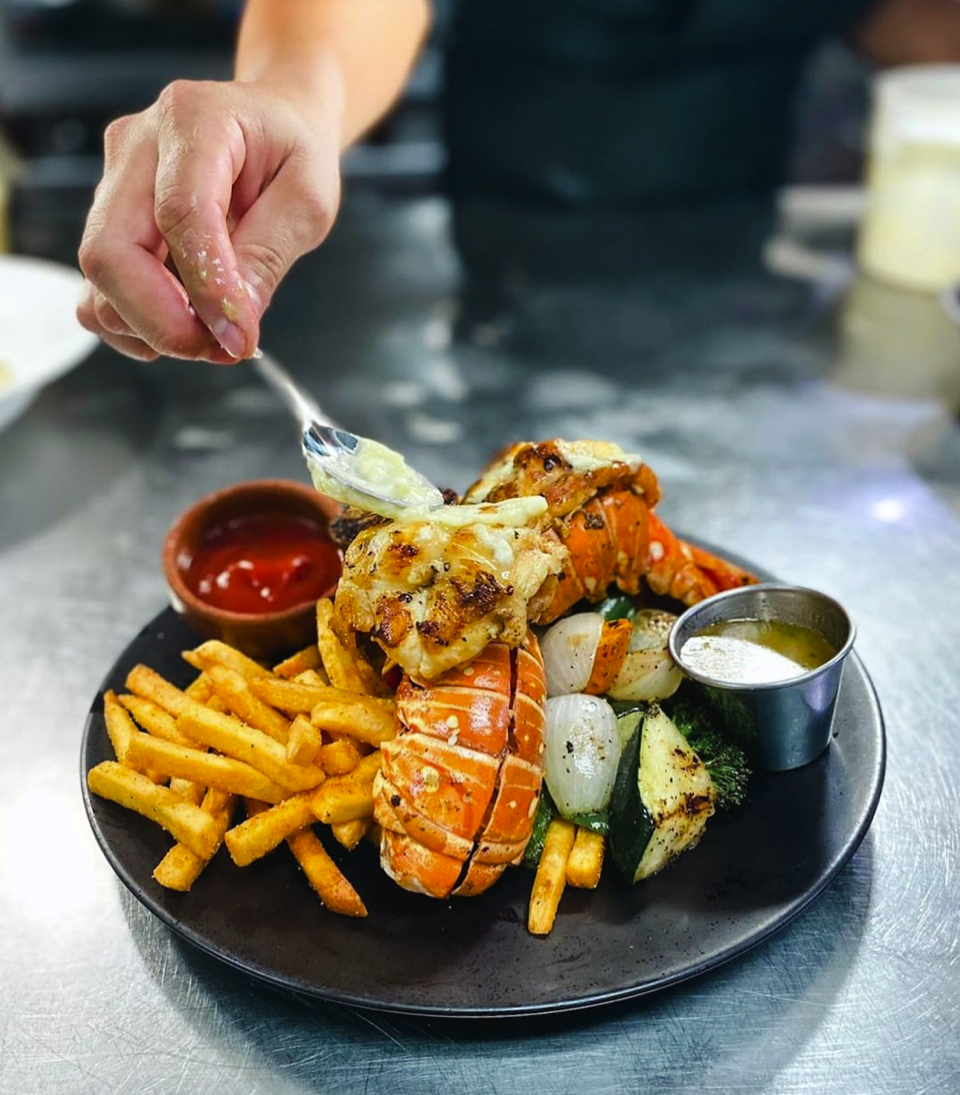 Summertime really is a great time to visit Belize to enjoy lobster, seafood, and all the seasonal celebrations. Lobster specials and lobster plates are part of the menus where the chef serves a delicious assortment of lobster dishes, including lobster tails with drawn butter, mixed seafood, salads with homemade noodles, lobster crouton, and one-pound lobster.  Make sure you book now to enjoy these summertime classics!

Is this the most Romantic Island in Belize?

Have Rum, Will Drink: Celebrate This International...