ConservationWhat to Do in Belize

When you talk to a fisherman, a real fisherman, you are talking to a steward of the water. He’s a lover of fish – angry about the vast plastic poisoning the sea and fishery mismanagement. Most of all, a real fisherman wants fishing to survive into the next generation and beyond – a sustainable sport. That’s partly why catch-and-release practices have gained popularity in recent years: saltwater fly-fishing, a fast and athletic catch-and-release sport that seems more like hunting than fishing, is what fuels interest today. Mike Heusner is a pillar for conservation in Belize, joining tireless advocacy efforts before him to redefine Belize’s sport fishing industry into a game of catch-and-release only. 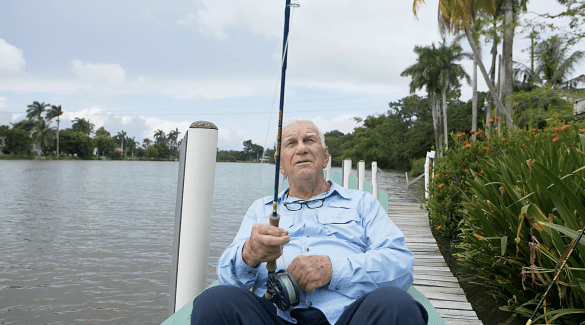 Mike at the Lodge 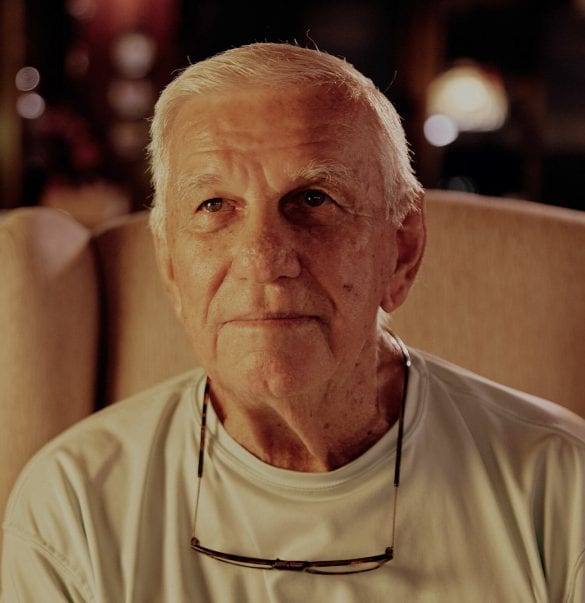 Born in Belize in 1939, Mike grew up fishing the mangroves and cayes around Belize City with his father – using cotton handlines and a small harpoon. The local fishermen later taught him techniques for trolling kingfish.

After high school, Mike traveled to California where he studied environmental management in college. Mike then returned to Belize in 1970, and ten years later was hired to manage the Belize River Lodge, then named Keller Caribbean Sports. A year later, he took another management position at a neighboring lodge, which then led him to start his own ecotourism: a sport-hunting and fishing business. When Keller Caribbean Sports put itself up for sale in 1986, Mike got a call to purchase the lodge for his own. By offering discounted prices on prime sport fishing trips, Mike made the 30-day deadline and became the new owner. Despite selling anglers on a lodge he didn’t yet own, he knew Belize’s rich waters would support the business.

By the late ’80s, Belize River Lodge was a premier destination for adventure anglers. But the Lodge’s early success was tempered by Mike’s growing concern about the improper management of the fishery. Essentially, a potential catastrophe that could destroy Belize’s fish population and capsize Mike’s sport fishing business before it started. On the water, Mike managed the guides and the guests; otherwise, he turned his attention to formalizing conservation efforts in the region. This one Belizean’s relentless lobbying ultimately got the three main sport fish — tarpon, permit and bonefish — legally protected from harvesting by designating them as catch-and-release-only species in Belize. Additionally, Mike brought environmentalists and representatives from fishing gear companies to Belize to help educate his guides on best practices for hooking, handling and releasing fish in Belize.

Through his advocacy, Mike joined a long line of angler-conservationists that includes Lee Wulff, who advocated in Belize for catch-and-release practices as early as the 1930s. Not to mention, Lefty Kreh, the fisherman, journalist and author that educated anglers and sportsmen about habitat conservation and the preservation of fish populations until his death last year. In 2018, Mike received Oceana’s Ocean Hero Award in recognition of over four decades of his conservation efforts in Belize. In 2009, he was a leading advocate for the protection and catch-and-release of Belize’s three sport-fishing species. Additionally, lobbying for the fruitful economic benefits of the fly-fishing sector and ecotourism in Belize. Heusner’s efforts continues today against gillnets, an indiscriminate fishing gear that threatens Belize’s manatees, sea turtles, sport fish, and more.

Whatever I’ve done has been achieved through active participation in various organizations and committees. I challenge the younger generations to get informed and involved in development issues. Work as an advocate rather than an activist. We need activists and we need advocates, who are after the same end result.”

Since 2009, Oceana Belize honors and expresses gratitude by sharing the stories of men and women who are committed to safeguarding Belize. In 2019, Ocean Hero Award recipients were fisherman and sea advocate, Mr. Dale Fairweather, and fisherwoman and avid diver, Mrs. Guadalupe Lampella.

Read more on Gear Patrol’s feature on Belize’s Catch-and-Release by clicking below.