A Sign of the Times: Placencia Village Unveils New Masterpiece

Could you imagine New York City’s Times Square stripped bare of its pantheon of signs that turn the cityscape into a fabulous mélange of advertising? How about Las Vegas, Nevada where the state’s electric grid ensures its illuminated signs never go out? However, not every destination prefers its signage to be big, bold, and glitzy. Sometimes, a sign can be a lovely homage to a place that’s worthy of a graphic proclamation, inviting folks to see what awaits beyond that signpost. Given this much importance and significance, it’s no wonder that Placencia Village in Southern Belize recently unveiled their newest artwork—a mural sign of the Southeastern Coast’s beauty and sites. Without a doubt, come to Placencia today for the newly-installed masterpiece sign at the northern end of the village!

A Blank Slate and a Vision

A blank slate, ready to be transformed into a masterpeice. Image by Susan Leslie

The story behind this sign is equally fascinating. Ultimately, the Placencia sign is a collaborative artistic effort that was designed and painted by local artists eager to honor their hometown. This labor of love began when cement was poured into molds representing each of the letters in PLACENCIA. 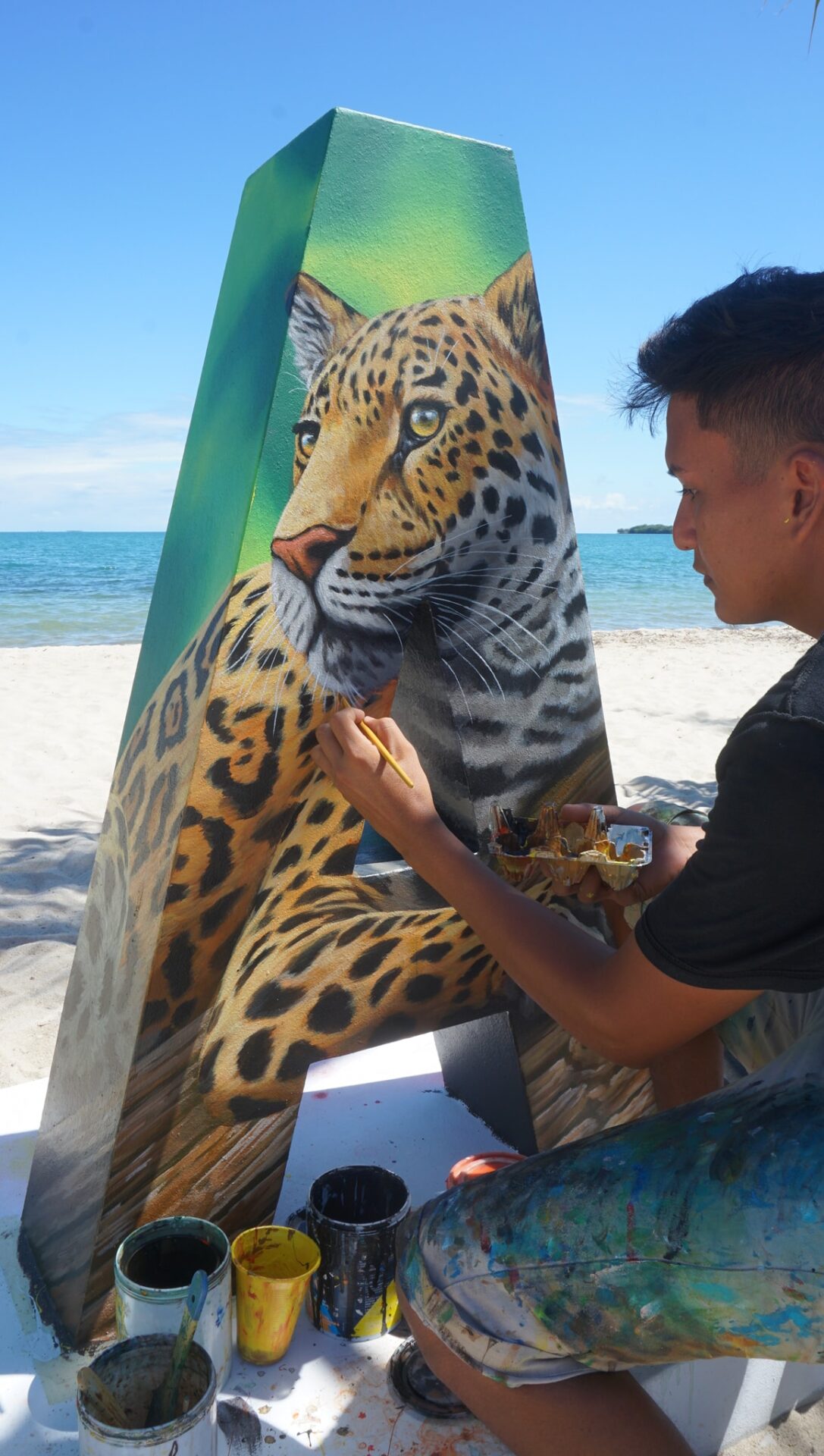 Details of the new Placencia mural. Image by Moralez Arts

Mounted on a flat slab of cement, each of the 9 letters was primed and sealed beforehand. Then, the individual artists began to paint their iconic images. Each one represents the rich cultural, natural, and ecological heritages for which Placencia and Belize are known throughout Central America. 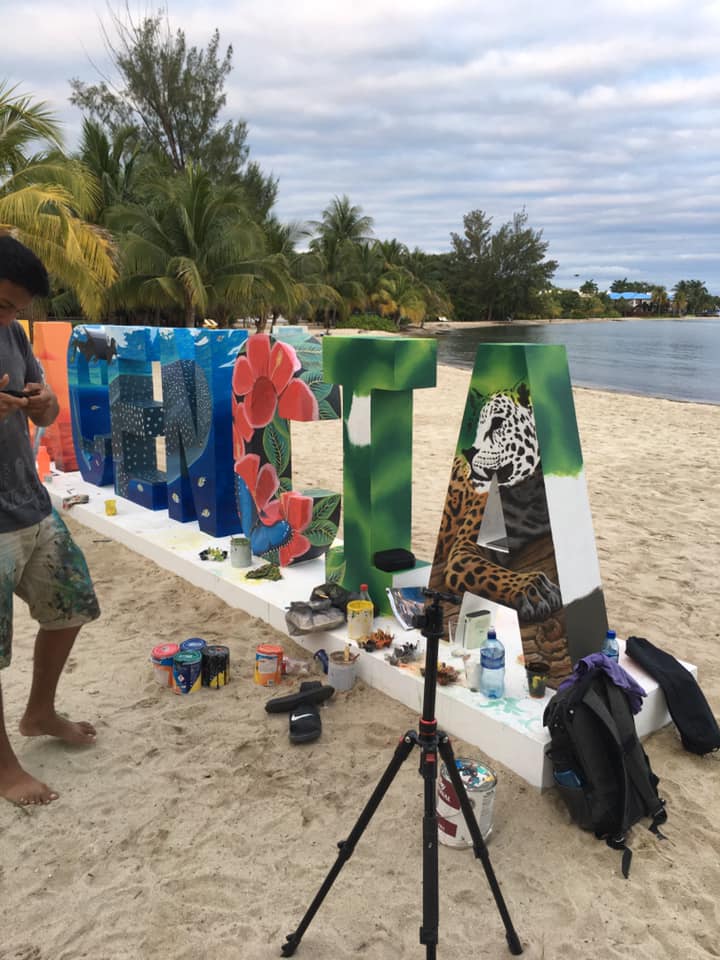 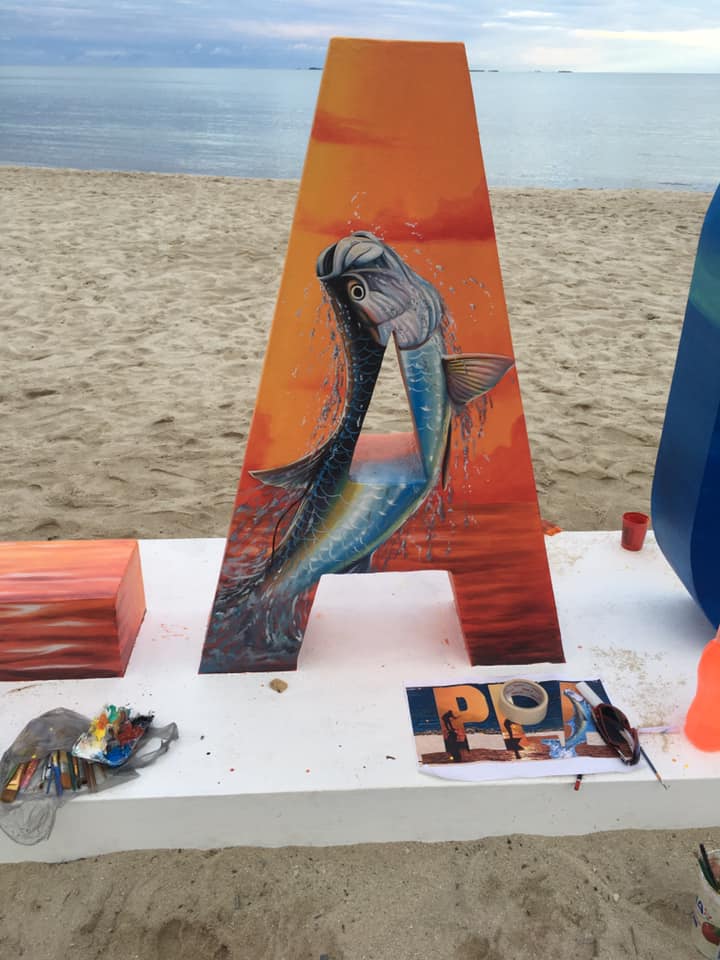 Images via Anton Leslie, one of the artists that collaborated on Placencia’s newest mural. 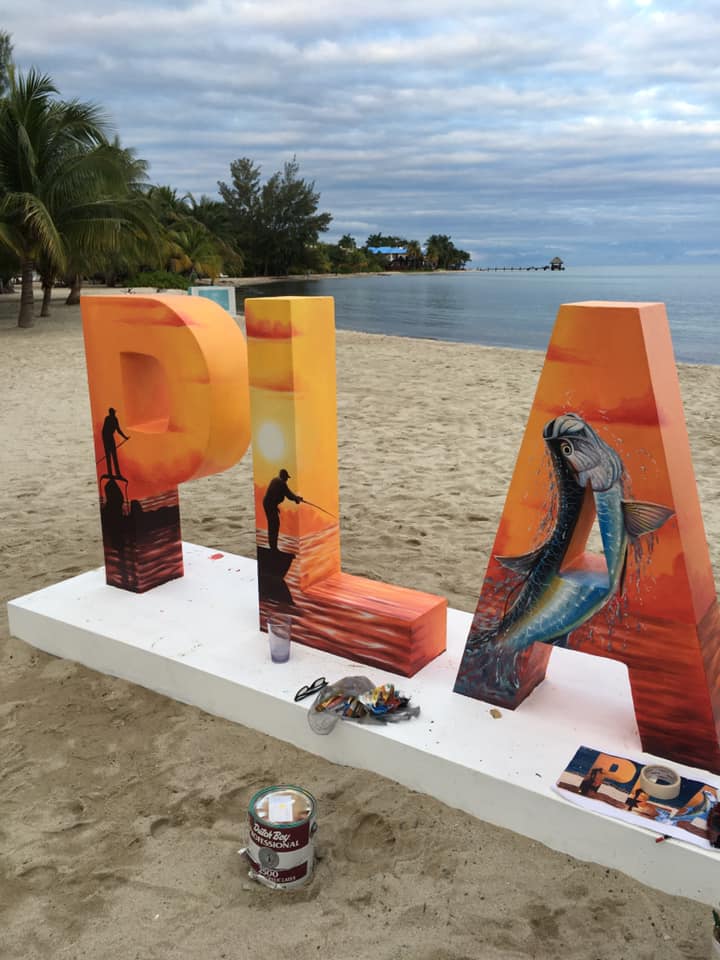 Among those detailed renderings is an homage to the nation’s fishing history featuring images of anglers trolling the flats and ocean for the region’s vast variety of fish. Secondly, the middle three letters are a symphony in cerulean blue that pays tribute to the Caribbean Sea; within, the region’s most famous visitors, the whale shark, and a solo diver outfitted in a wet suit symbolize Southern Belize’s place as a premier diving and snorkeling epicenter. 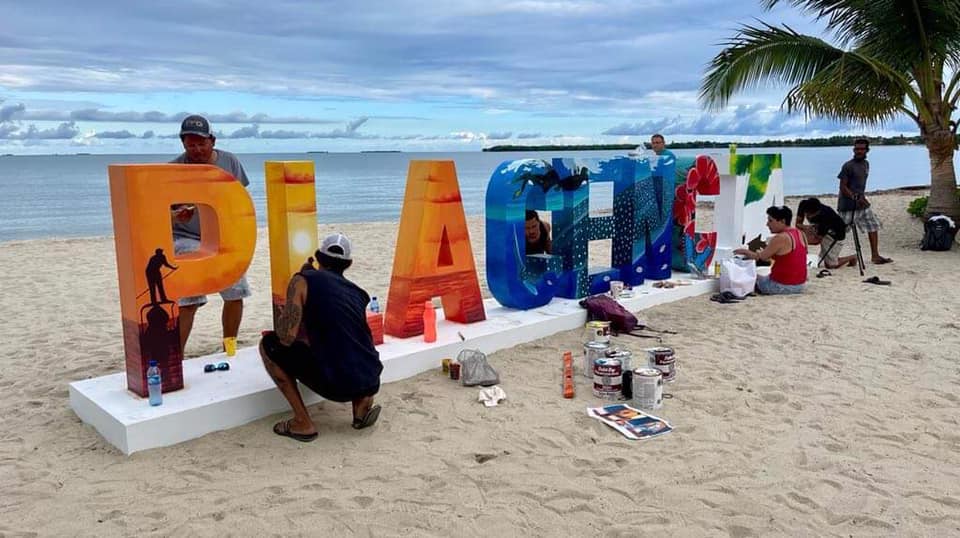 The Placencia sign mural was a collaborative effort of local artists. Image via Anton Leslie

Finally, the final three letters are devoted to tropical flora and fauna; butterflies, a scarlet macaw dressed in a plethora of colored feathers, and the image of a gorgeous jaguar. Throughout the montage of letters, artisans captured the essence of Belize with their talent while using an array of colors culled from Mother Nature’s palette. 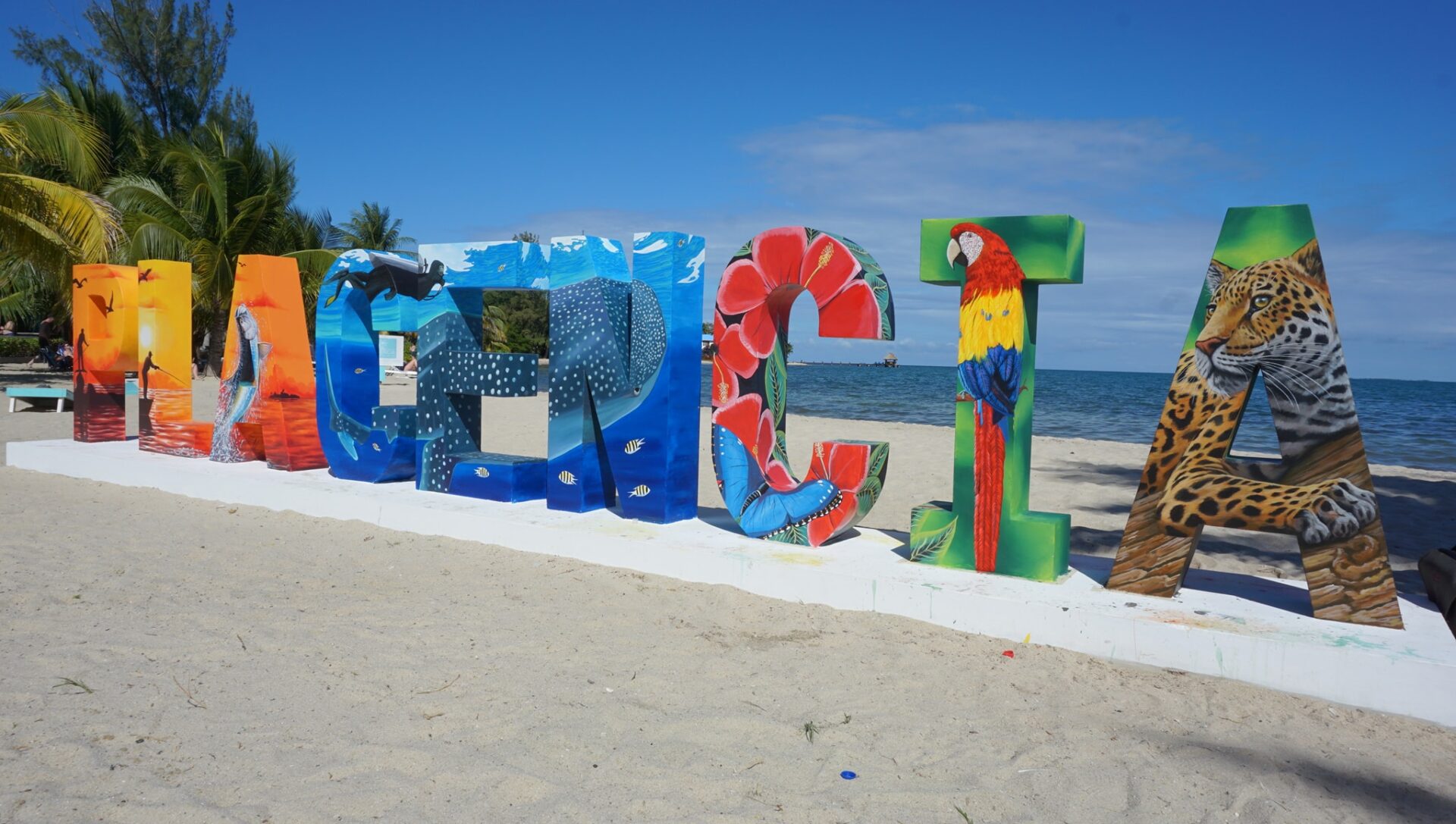 Undoubtedly, this new Placencia sign in Southern Belize is a new hotspot; that’s for tourists and village folk alike. Not to mention, the place to capture photographic memories of a visit too memorable to forget. Bring your camera, pose for the perfect shot, and make sure every inch of color and beauty is included!

The Best Island Brunch on Ambergris, With a “Best In Show” Taco

These Caribbean Countries Dropped Their National Curfews This Week