Traveling to Belize this summer? Besides the beautiful warm and sunny days you can expect, there might be an unexpected (but pleasant) surprise on its shores. During May to November of every year, three endangered sea turtles come on land to nest across the country. And northern Ambergris Caye is no exception. This is the largest island in the country, found off the northeast coast, where sea turtles visit the island’s Robles and Rocky Point beaches to lay their next clutch that will see the next generation. 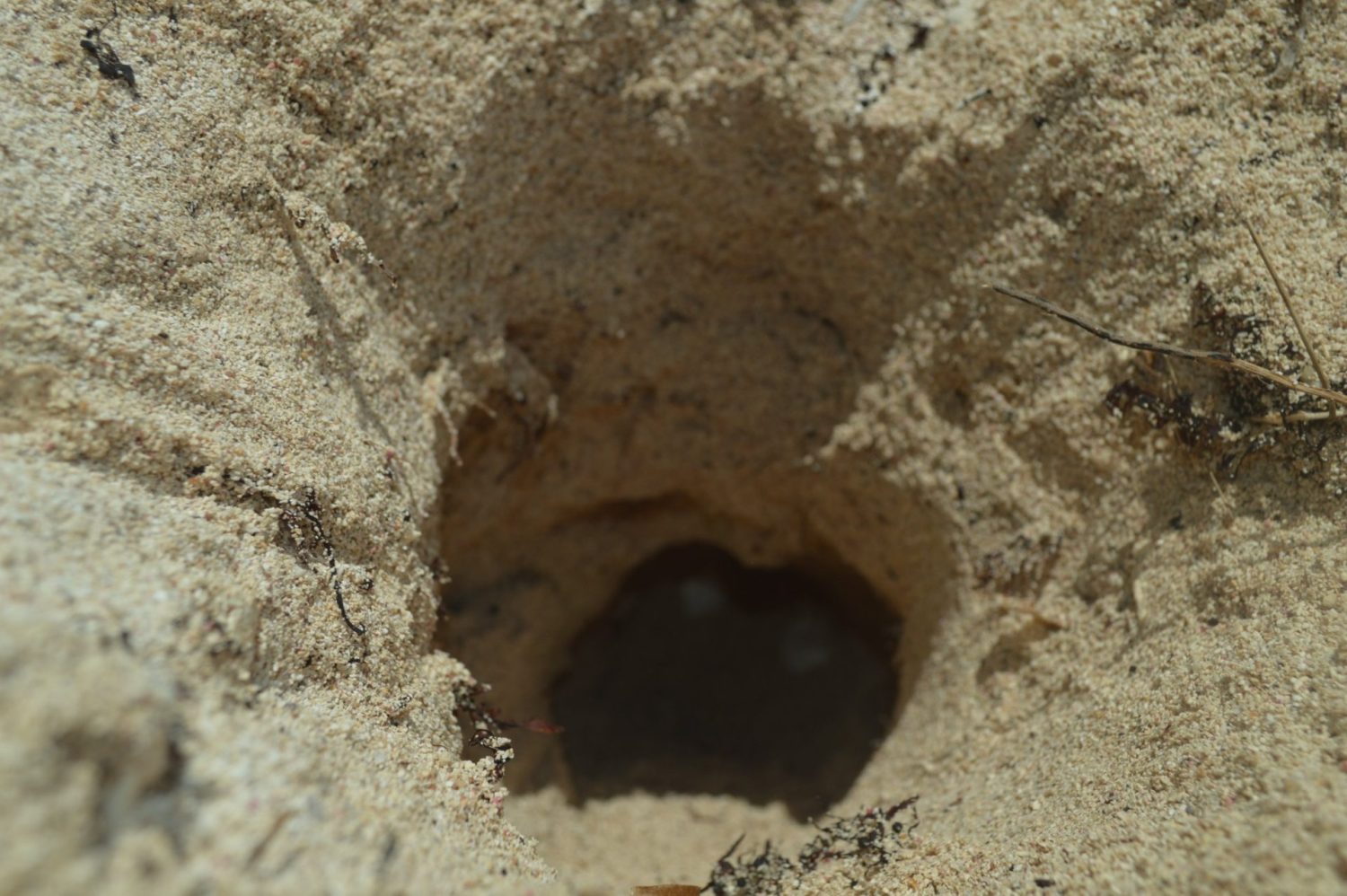 These pristine beaches are found outside of the island’s town of San Pedro about 7.5 miles north but when visiting these remote sites, you will see signs of the nesting grounds. If you are lucky, you may witness turtle hatchlings scuttling toward the sea. The recommendation is to not interfere and simply enjoy this treat from nature. Immortalize this moment with your camera, but from a safe distance. 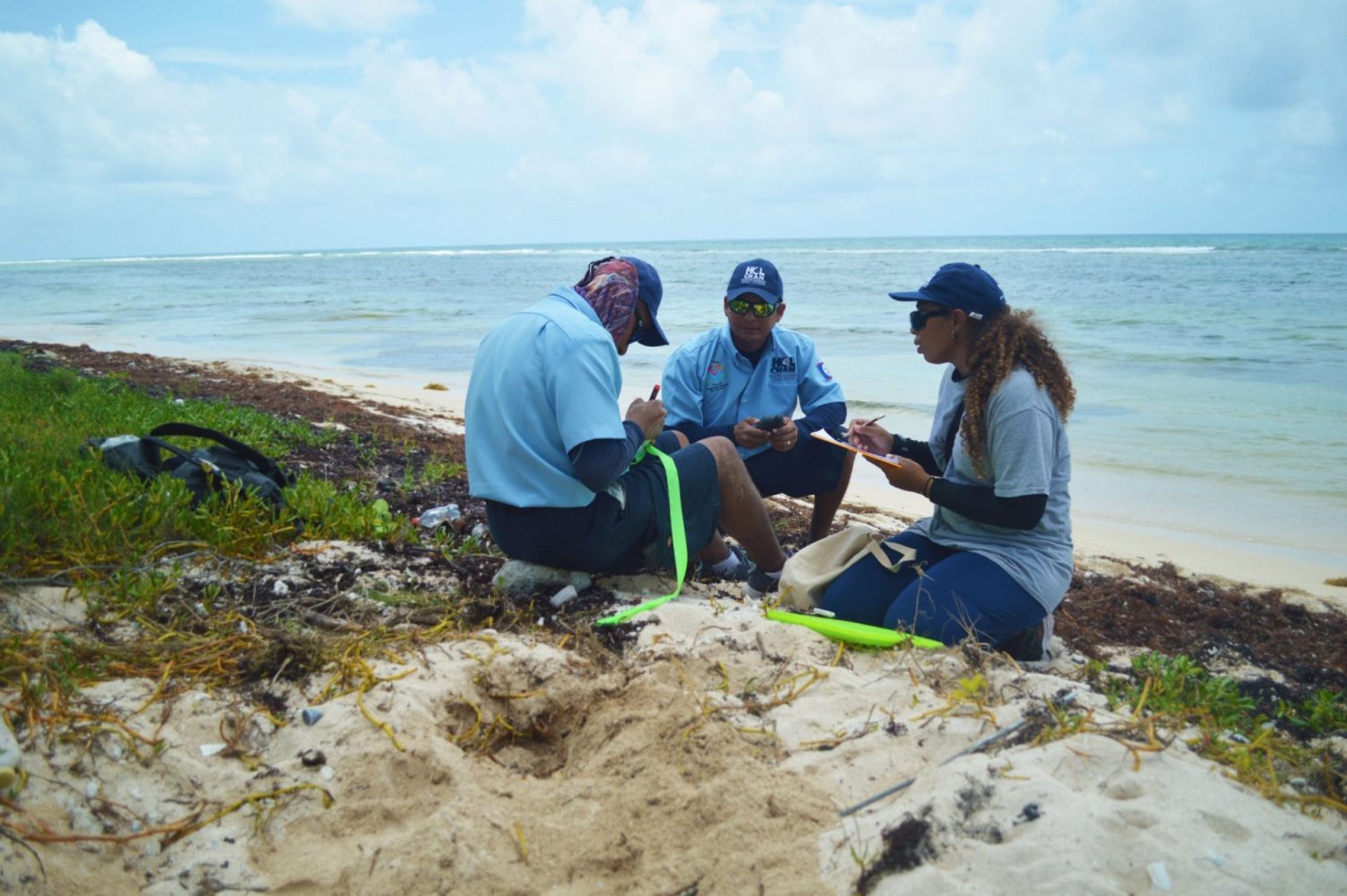 The rangers of Hol Chan Marine Reserve run a program through which they monitor sea turtle nesting with their Technical and Operations Teams with weekly nest surveys. These surveys play a crucial role in the measure of abundance and population trends of sea turtles. This is also an opportunity to train the new generation of Hol Chan Staff in the field of science. 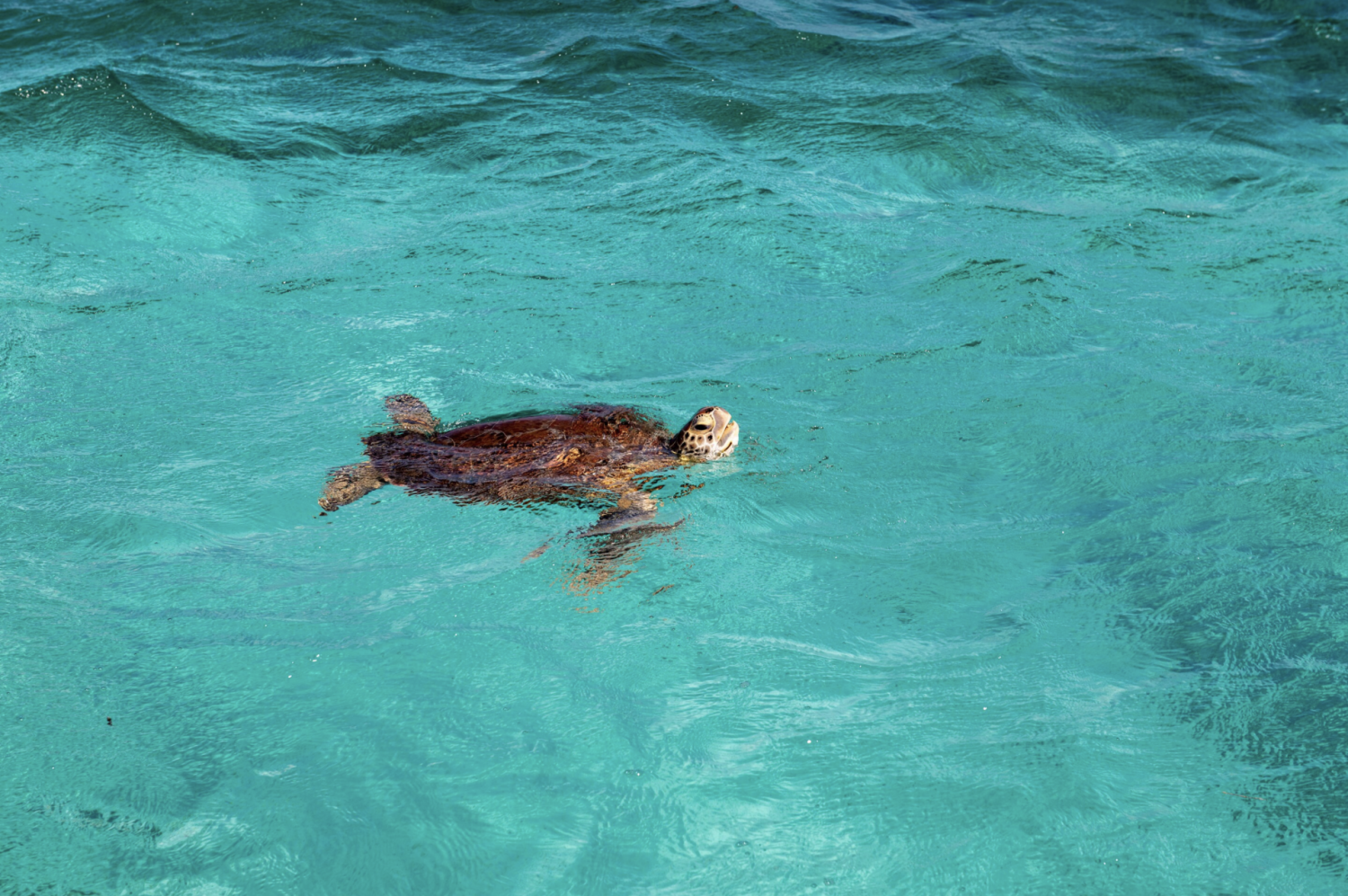 The magnificent sea creatures are said to return to the same beach they were born where, depending on species, they’ll lay up to 190 eggs; hatchlings can take up to 10 weeks to hatch. It is estimated that only one in 1,000 hatchlings survive to adulthood. Records in Belize show that on the northern part of Ambergris Caye, the green, loggerhead, and hawksbill have all laid their clutches of eggs. However, the hawksbill turtles do not nest on these beaches too often, being the most infrequent visitor every year. Hol Chan also reports that in an average season the number of nests discovered juggles in the 90s and 100s.

The threats to the nesting grounds 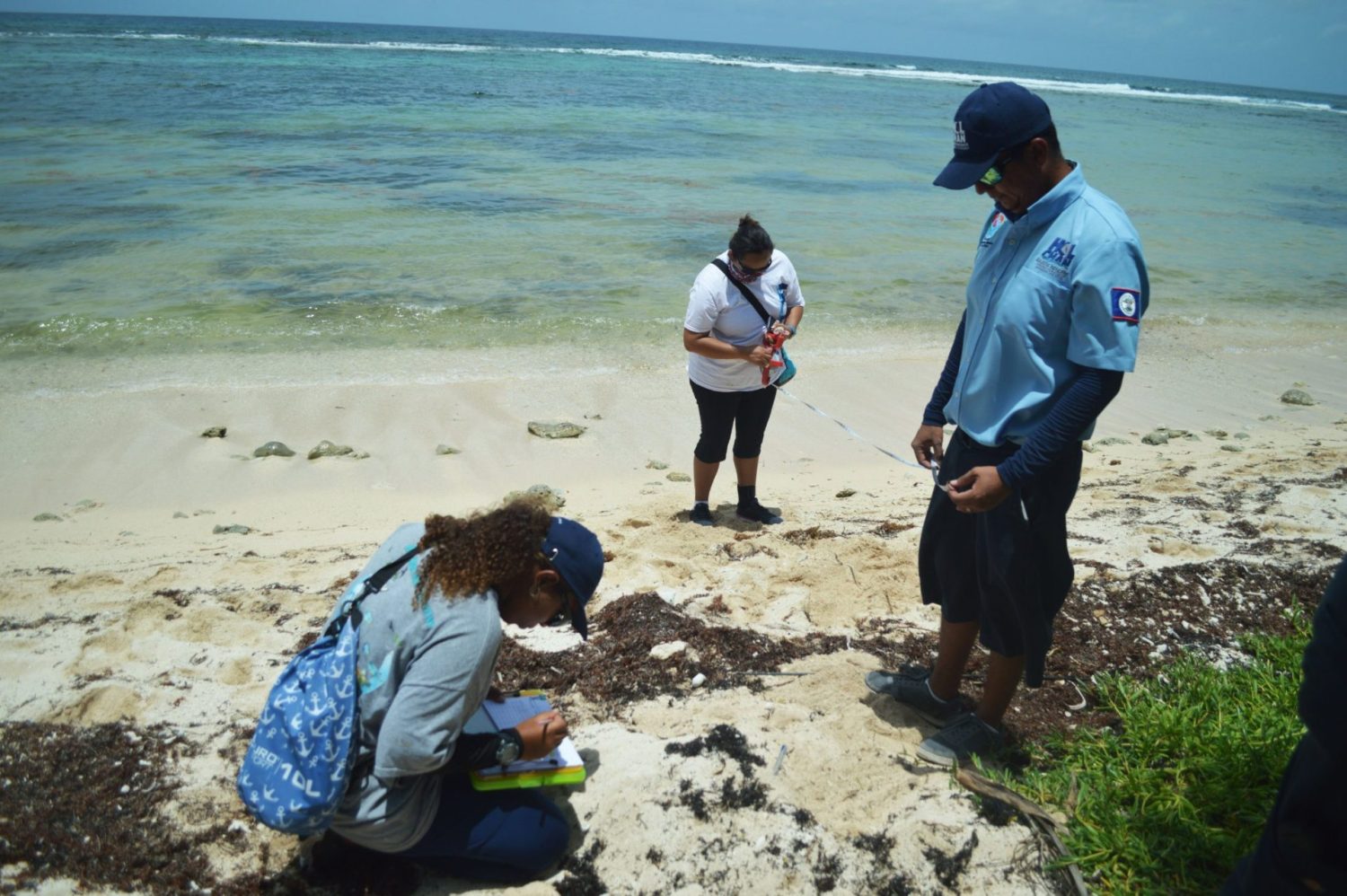 The turtle nesting sites in Robles and Rocky Point Beaches are under threat due to development and the vehicular traffic that reaches these remote beaches, especially on weekends. There’s nothing wrong with the adventurer wanting to explore these interesting northern beaches, but be attentive to nests and avoid driving over them. The northern road leading to these areas swerves to the east after the 7.5 miles where the beach then becomes the road. Practice caution and if there’s a demarcated section with caution tape, it’s an active nest within which you should avoid it.

Secondly, it is important not to tamper with nests. If you witness a hatchling just observe and do not attempt to touch or grab the little baby turtles. This could disrupt their natural process of finding the sea. Do not leave garbage behind, as it may also disrupt the nesting process. If you believe that a nest may need the attention of an expert, report this to the Hol Chan Marine Reserve team at their office on Caribeña Street in downtown San Pedro.

Belize Itinerary: How to Spend 3 Days in San Ignacio