How to Plan an Epic Road Trip in Belize

If you go from A to B for the pleasure of doing so while ‘smelling the roses on the way’, then it’s a road trip. The two simple words can mean so much. Namely, it can be an exciting chance to get away from everyday life as you venture into uncharted territory. Although Belize only has four national highways, some (including myself) argue its best explored by road. Take the Hummingbird Highway: you’ll meander through the scenic Stann Creek Valley; drive between verdant citrus and banana orchards; cross numerous rivers; and get familiar with the villages along the way. In Belize, any destination is just a day’s trip away. Here’s how to plan an epic road trip in Belize.

Save Time for Photo Ops

A post shared by Caribbean Lifestyle – Belize (@caribbeanlifestylebelize) on Jun 6, 2020 at 10:28am PDT

Regardless if you’re into social media or not, make sure to budget time for videos and photos along the way! Whether it’s a flurry of tropical colour from Keel-Billed Toucans gliding through the air across the road, vivid fruit stands, artisan crafts from weaved Jippi Jappa, or an un-Belize-able sunset; take time to capture the moment and make stops along the way!

Make a list of Foodie Stops along the way 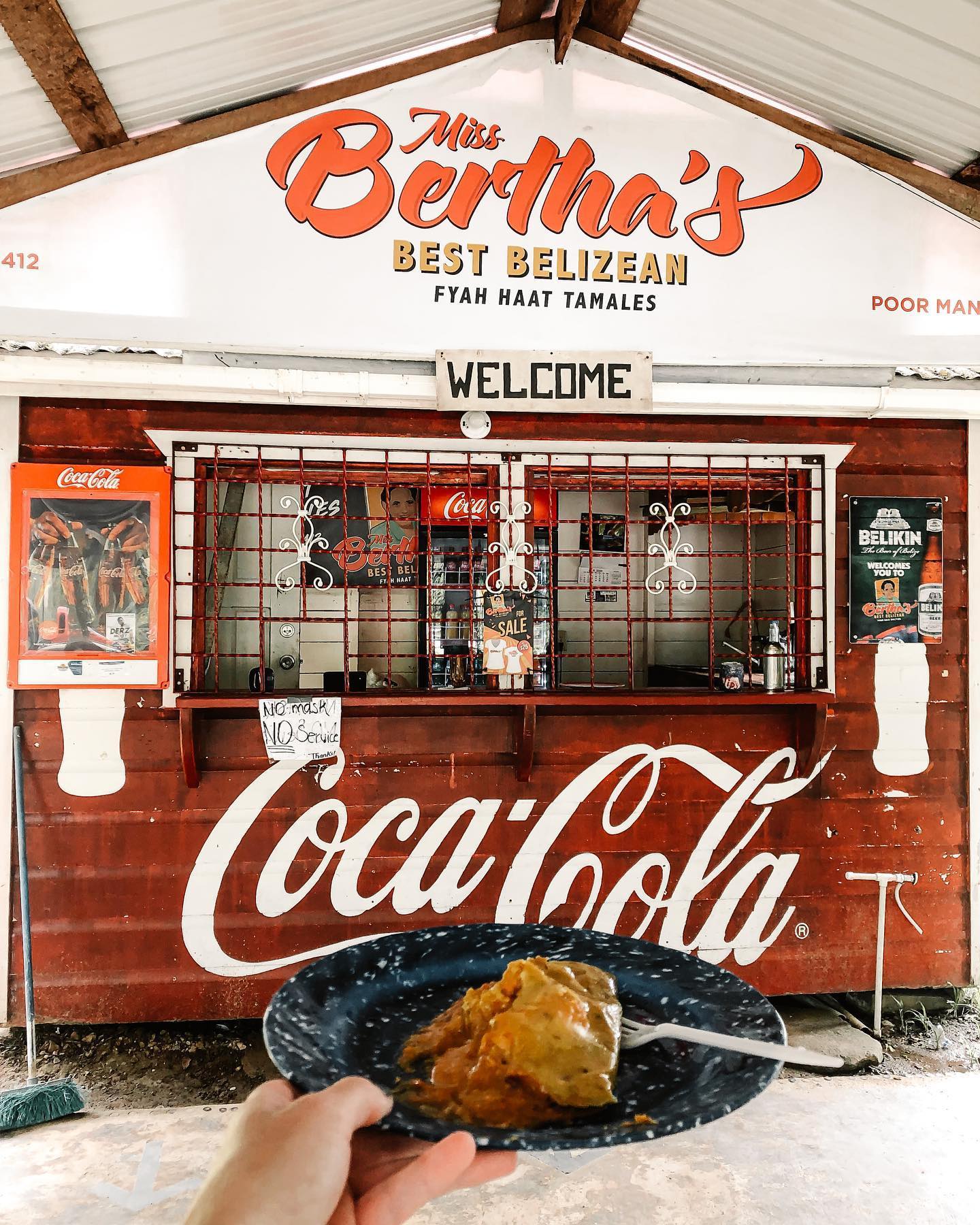 See something that catches your eye? Belize’s street food varies from North to South, but are always worth a stop. Along the  highways and byways, you’ll find family-run restaurants serving up homestyle street food, with a little extra love. Some of the most common are tamales, street tacos, stuffed fry jacks, hearty rice and beans, salbutes, meat pies, and much more. Trust us – some are a destination in themselves.

The Road Signs are in English

As the only English-speaking country in Central America, finding your way around is easier than ever. All the road signs are in English, while distance is given in miles (versus kilometres like our Caribbean counterparts). However if you get lost, don’t be shy to ask for directions! There are no freeways in Belize, and the majority of its highways are only two lanes. Road tripping the breadth and width of Belize just got a whole lot easier.

Whilst it’s great to be spontaneous, some of the things you might want to do are going to be popular and have limited availability, so you may want to keep a loose itinerary of what to do. If you leave early enough, you may be able to do all! Heading South? You can stop in for a quick dip at St. Herman’s Blue Hole National Park or the ‘Bunches of Fun’ banana farm tour. In the West, pop in quickly to Xunantunich Maya Site or The Belize Zoo, if coming from Belize City. On a Belize road trip, the possibilities are endless.

5 of the Best Places to Live & Retire in Belize

What to Expect When Time to Travel Again