Maya Angelou quoted “Every person needs to take one day away. A day in which one consciously separates the past from the future. Each person deserves a day in which no problems are confronted, no solutions searched for.” That day is now and if you’re looking for where to go, Belize is the perfect place. Find out more about what Belize has to offer and why you should consider it as your bucket list country to visit when flying solo.

Going solo might be a scary and lonely idea for some, but it is an experience that can also empower you and bring a fresh perspective of yourself you never knew existed. Solo traveling means freedom, independence and a chance at an unforgettable adventure. Traveling solo allows you to create your schedule when and where and how you want it to be, however you like, with no compromises. Belize is the ideal location for a solo getaway.

Belize is a small Central American nation with a Caribbean vibe that benefits from being one of the most diverse yet least populated countries in Central America. Not only that, Belize holds a unique history as it was the only British colony in the region and to this day English is its primary language. Also, Belize is known to be the “Jewel of Central America” with its many natural wonders and beauty such as the Belize Barrier Reef and Great Blue Hole. It’s an adventure’s paradise home to ancient Maya Ruins, daring underground caves, gorgeous crystal blue islands and breathtaking jungles with views of majestic mountains. Belize is not only beautiful for its geographical features but also its people. Belizeans are known to be friendly, welcoming and warm. You are sure to leave Belize making at least one good friend.

Belize is a country where you can set your own pace. Its laidback and relaxing lifestyle can reel you in to kick back and enjoy the vitamin sea without a care in the world or give you a rush of adrenaline while hiking in its mystical jungles and caves. Belize is a destination blessed with all the right tools and elements for an epic solo travel experience.

When is the best time?

This all depends on budget and preference of busy or slow season. The choice is yours:

The high season for tourism in Belize is November until April, during its dry season. This peak season draws thousands of tourists fleeing from the harsh cold winters to the warm tropical temperatures of Belize. The nice weather calls for the scheduling of fun activities such as aquatic sports and jungle adventures. However, the peak season also means certain towns and sites might be crowded along with higher rates.

The low season for tourism in Belize is from May to mid- November during its rainy season. Its most rainy months being September and October. This period is also considered hurricane season. Despite some points to keep in mind, this is the best time for those avoiding crowds and traveling on a tight budget. During the slow season, there are lots of good deals and rates for tour packages as well as accommodations and flight tickets.

Although Belize is a safe country, when traveling solo its best to hit the more popular spots such as the following:

Located in southern Belize (35- minute flight from Belize City), this mesmerizing emerald peninsula has 16 miles of sandy beaches. The Caribbean Sea is on the east and the Placencia lagoon lies on west towards the Maya Mountains on the mainland. It was once a sleepy fishing village but now an increasingly popular eco-destination. Placencia is the perfect base to explore many of Belize’s natural attractions. Inland attractions such as the Cockscomb Basin, Victoria Peak, Monkey River, Red Bank, and ancient Maya Ruins. Placencia is also the gateway to some of the best diving in Belize- an underwater paradise. This destination offers a variety of deep-sea, fly, lagoon, trolling and spin fishing adventures and tours. 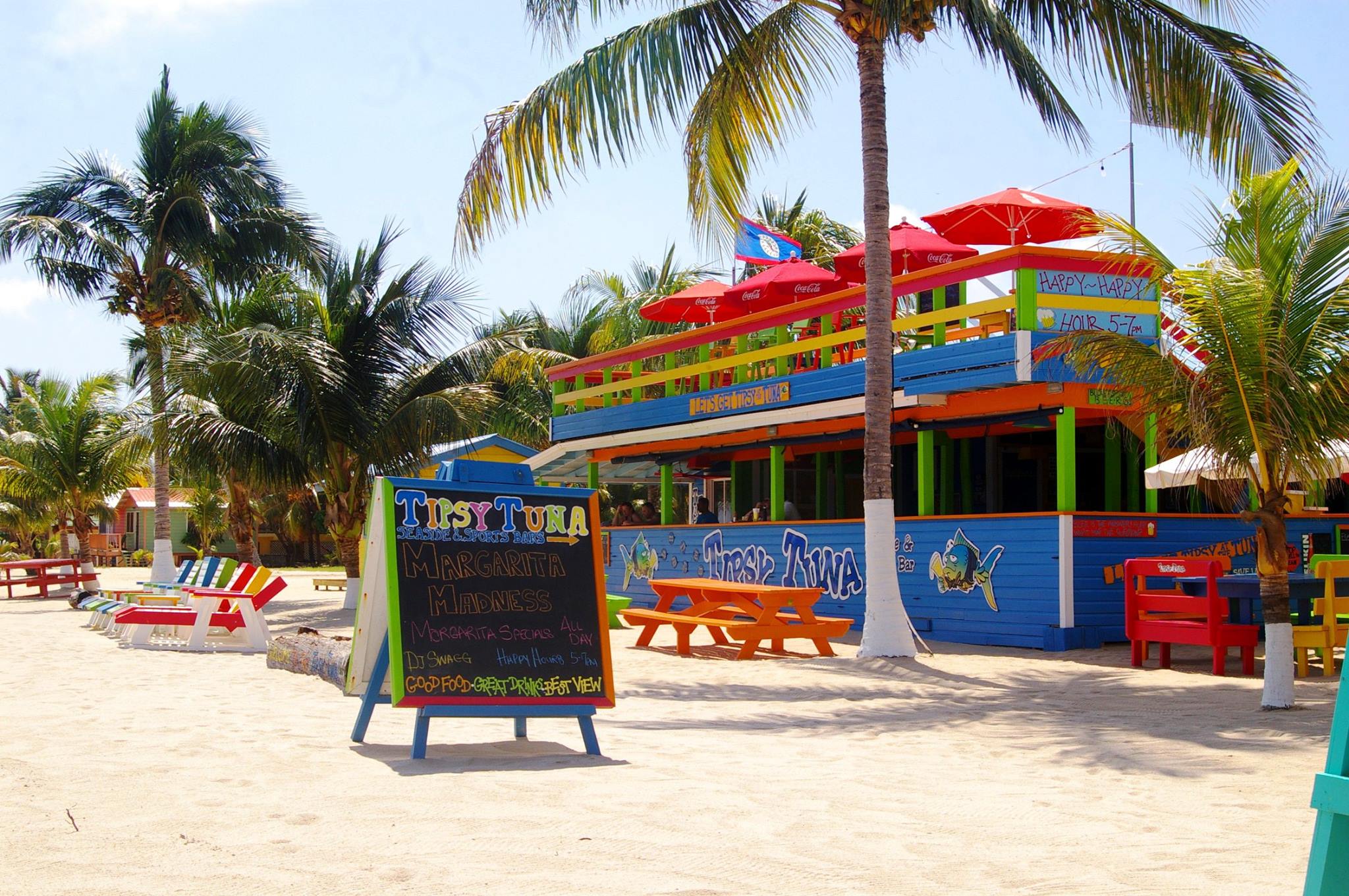 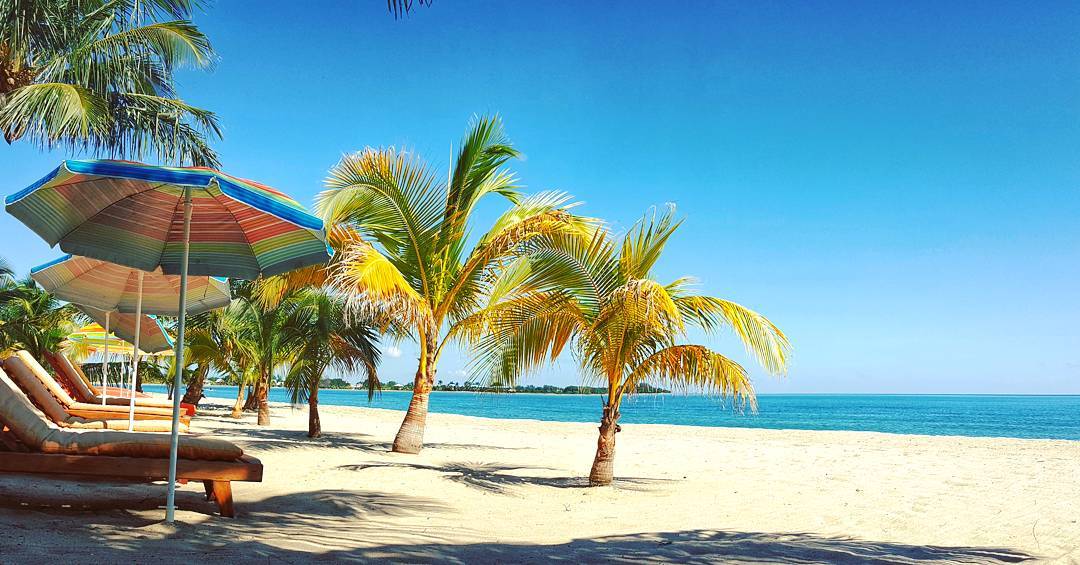 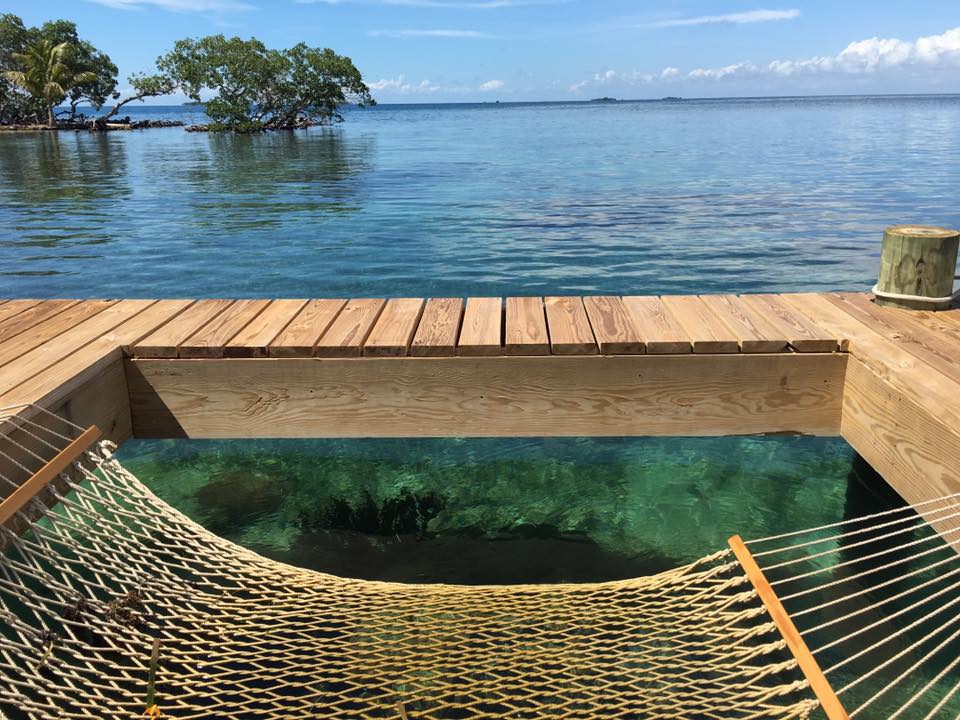 The second largest of the Belizean Cayes, this island is 4 miles long and 21 miles northeast of Belize City. It is home to a complex network of undersea caves. Caye Caulker is a popular destination for snorkelers, scuba divers, anglers and tourists who long for the beach at a budget-friendly location. Surrounded by the spectacular Belize Barrier Reef about a mile away, it is the perfect base for underwater adventures at the Hol Chan Marine Reserve and diving in the famous Great Blue Hole. One of the best places to visit on this island is “The Split”. This is where the Caribbean Sea splits the surface of the island in half. It is a launching point for swimming, diving, and snorkeling. The Split is also a popular hangout spot with a convenient bar and grill. Caye Caulker is an island though small in size is big on scenery. 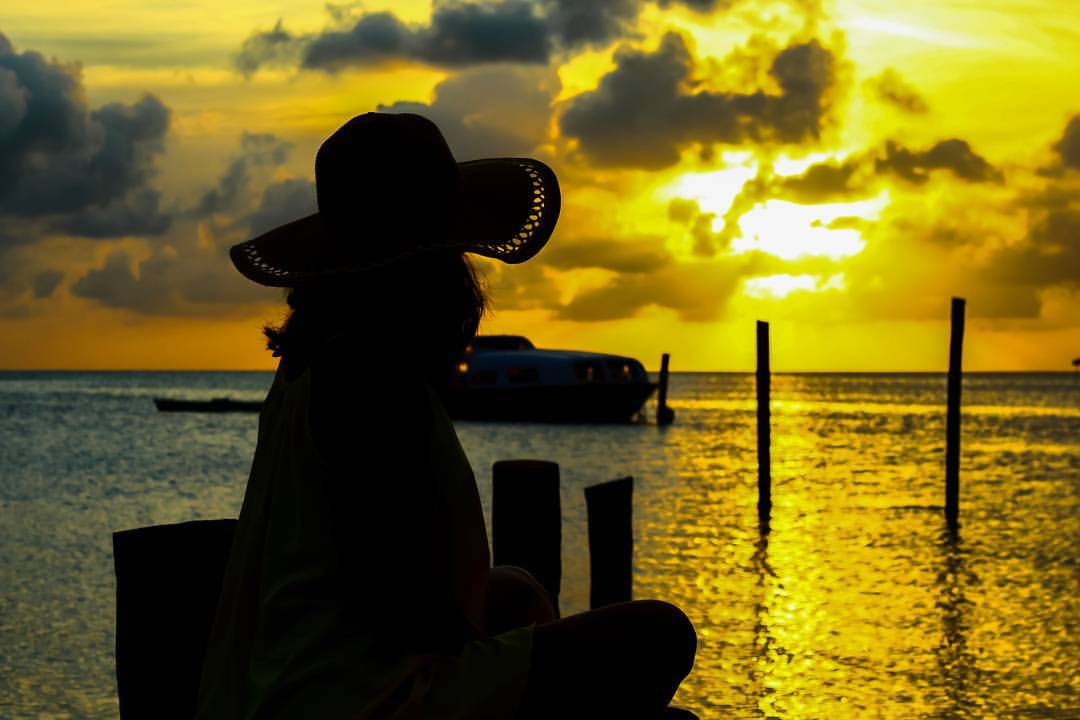 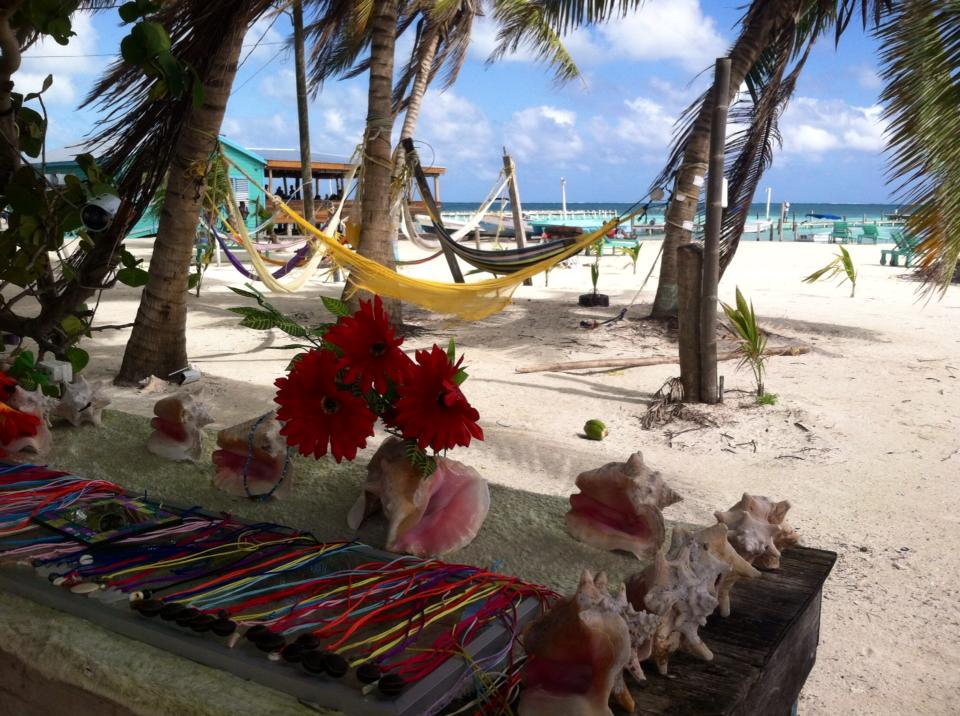 The largest district in Belize known to be the eco-tourism center of Belize. It is situated in the west part of Belize with a population of around 75,000 inhabitants spread out between villages and towns. Also, itis a popular travel destination with pristine rivers, mysterious limestone caves, captivating waterfalls, and breathtaking lush landscapes. It is also the center of the Mundo Maya Empire, hosting two of Belize’s biggest Maya Temple sites: Xunantunich and Caracol. Cayo holds the biggest market day in all of Belize every Saturday. It is an experience that comes alive with its multicultural blend of colors, flavors, sounds, crafts, and fresh fruits and vegetables on display. Cayo provides educational centers such as The Butterfly Exhibit, Natural History Centre, and Rainforest Medicine Trail at the Lodge at Chaa Creek. This district is filled with local craft shops and plenty of places to enjoy an array of ethnic cuisine. 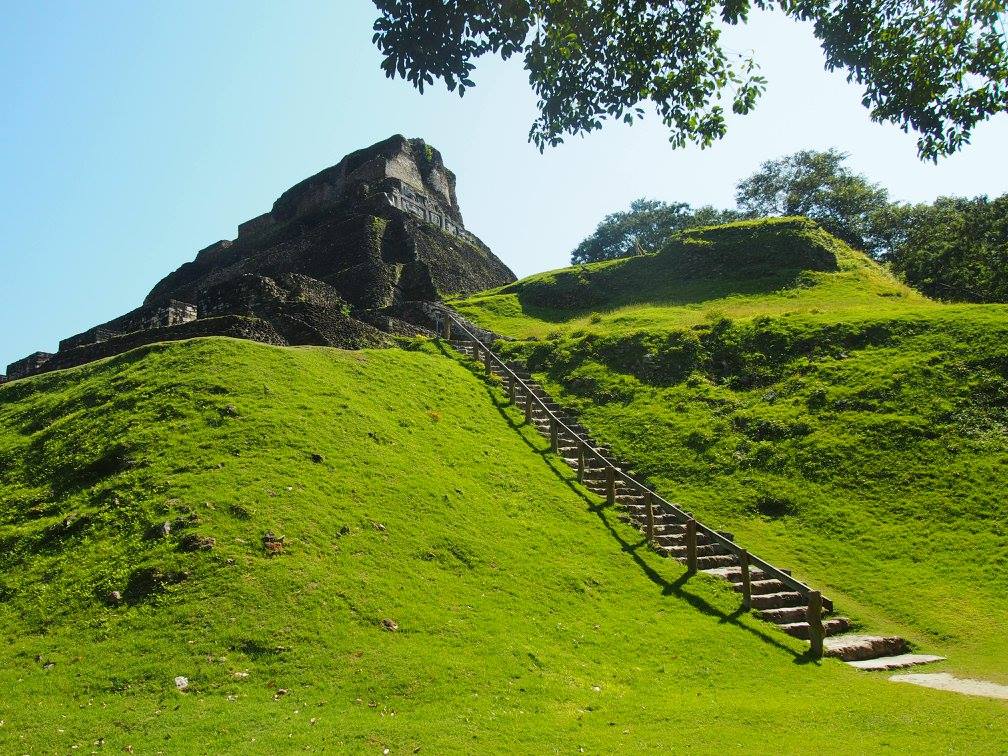 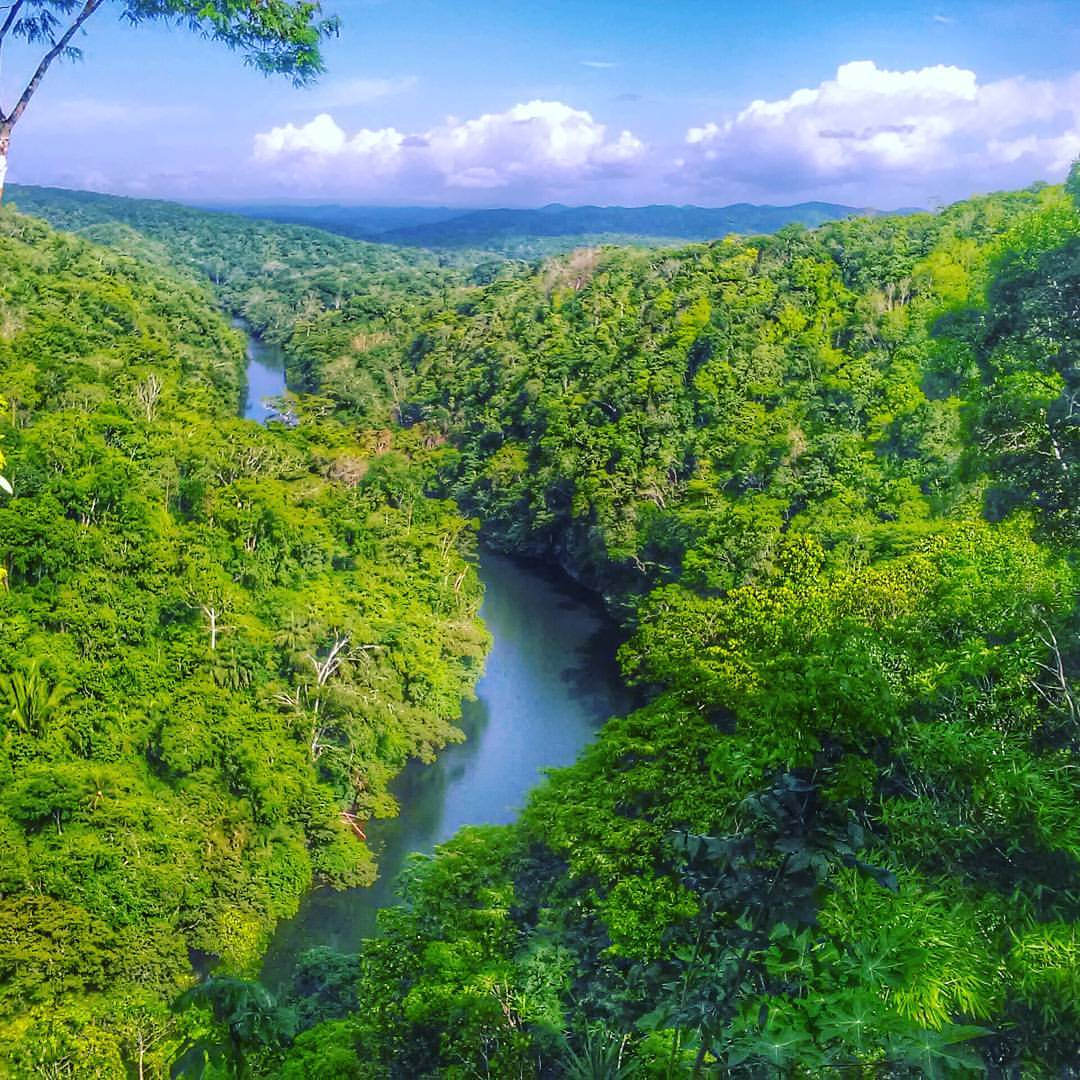 Take a chance at traveling solo to Belize! It can be one of the most exciting, eye-opening and freeing experiences in a lifetime. No matter what your age, going solo opens the window of opportunity for self- reflection, growth and endless freedom.