Very often in movies that have a Caribbean country as their backdrop, you can hear the tinkly, tinny cadence of a steel band in the background. The steel band is synonymous with Caribbean culture, and Belize is no exception. In general, music is part of everyone’s life story and connects us with events and memories in our lives. Steel Pans are a sound, a special language that draws one in.  Since Belize straddles both Latino and Creole culture, these influences and sounds are incorporated into our music.

Steel Pan music had its beginnings in Trinidad and Tobago. In fact, it is their national instrument. Now it can be found throughout the Caribbean. And the variety of musical styles that can be played is limitless, from Beethoven to Reggae, to the Beatles.

The steel pan is a truly ingenious creation.  Industrial 55-gallon barrel containers that once held chemicals are used. These barrels are cut across to about a third of their size and little hollow bumps or depressions are made which, according to their depth and size, emit the sounds of major and minor scales in music. Sounds are produced by hitting these depressions using straight sticks tipped with rubber. The pan is sustained by a steel brace and musicians stand and play. The music is a treat, soothing and thrilling at the same time. 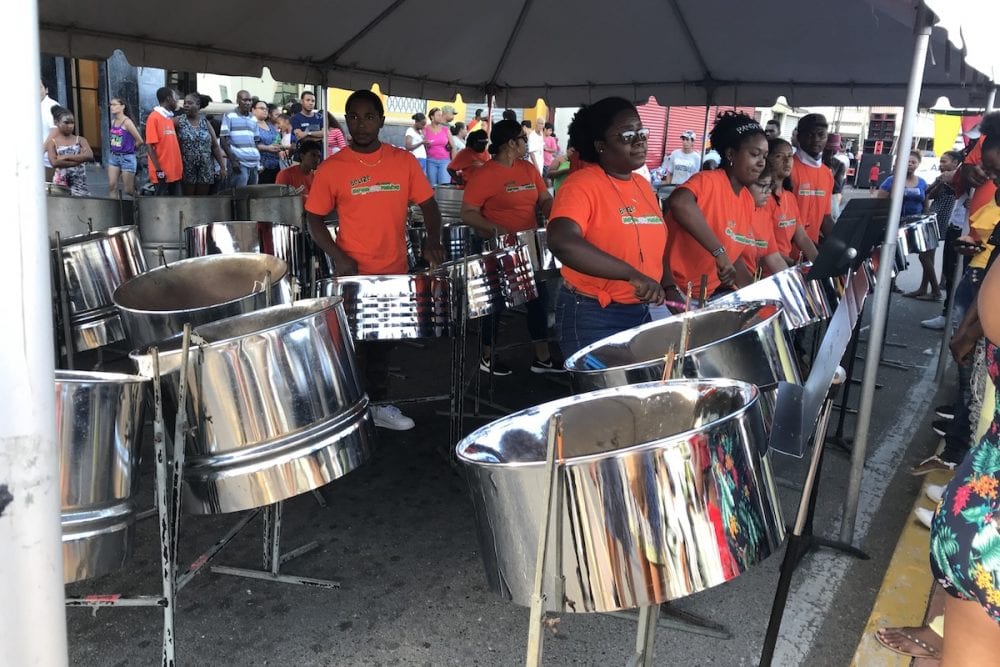 How Did It Come to Belize?

To begin with, Belize was gifted with its first set of steel pans by the government of Trinidad and Tobago. A program was instituted in Belize for at-risk youth to provide them with an alternative to idle habits that might lead them astray. The Creative Arts Music Department spearheaded the initiative more than twenty-five years ago and the target was to increase the level of proficiency of musical Belizean Children.  With funding from UNICEF, an Association was formed under the auspices of Restore Belize, which continued to foster music in schools and through Houses of Culture. It has improved and evolved into the phenomenon it is today.

Throughout the country, there are five major groups: The Pantempters Steel Orchestra; who also have performed abroad; Pannerifix; Pandemonium Steel Band; All Star Steel Band; and Dynamix Steel Band.  Currently, many schools have steel band as part of their music program.  These bands and programs are so influential and so vital, that our Governor-General, Sir Colville Young came up with the idea to have an annual Steel Band Concert.  All get together at the Belize House of Culture for a big bash called “Pan Yaad” (Yard). It has been incorporated into our Independence Day Celebration during the month of September.  In case you didn’t know, we celebrate all month and the actual day is September 21st.