Step Back in Time at Victoria House Resort and Spa

If you’ve been keeping up with the riveting Netflix series “The Crown,” we promise not to ruin surprises that await when you view the new season, but if you’re like most folks, the indelible imprint left on your brain of the spunky young Victoria and her dashing prince consort Albert remains strong for more than just the tale of their love affair. While only 18-years-old, Victoria ascended to the throne in 1837 and reigned for a remarkable 63 years, seven months and two days before her death.

During her reign, Victoria’s government oversaw colonies throughout the globe. One of the smallest among them was British Honduras, the Central American nation that not only came under Victoria’s purview, but the nation suffered a serious identity crisis when its name was changed to Belize in 1973.

A main source of the U.K.’s hardwood supplies, that revenue stream ended when overly exploited forests were almost laid bare, but once Belize fought for its identity and succeeded, a new industry reigned supreme: Tourism. This remains true to the present. In fact, Belize’s response to the COVID crisis remains a model of excellence that won the respect of the global travel community and continues to be a model worth emulating.

When you visit Belize, you can feel like royalty, too! 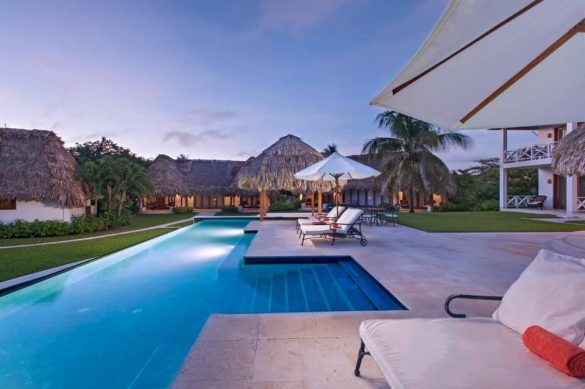 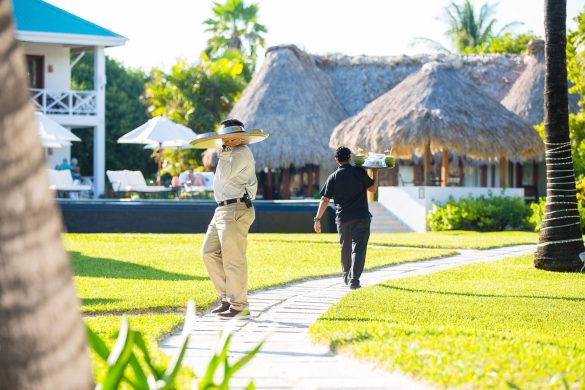 You don’t have to admit it aloud, but if you’re like most travelers, nostalgia can make a huge impact on a journey. Consider Victoria House & Spa, perched along the Caribbean shoreline on Belize’s most happening island, Ambergris Caye. This haven offers massive amounts of Victorian ambience reflective of the glory of the British empire and guests are invited to luxuriate in it.

Victoria would have been charmed by this resort’s ambience the moment she spotted Casitas, Palmetto Rooms, Suites, and Villas tucked into groves of palms along the edge of the sea where the swimming pool area is a favorite of guests who aren’t wild about the surf. But it’s the vast array of amenities available gratis to guests that would likely impress her most. Visitors need not emulate the number of offspring Victoria produced, but if your youngsters are coming along, you’ll appreciate baby sitting and child-focused services most of all!

You can drink a toast to another British hero 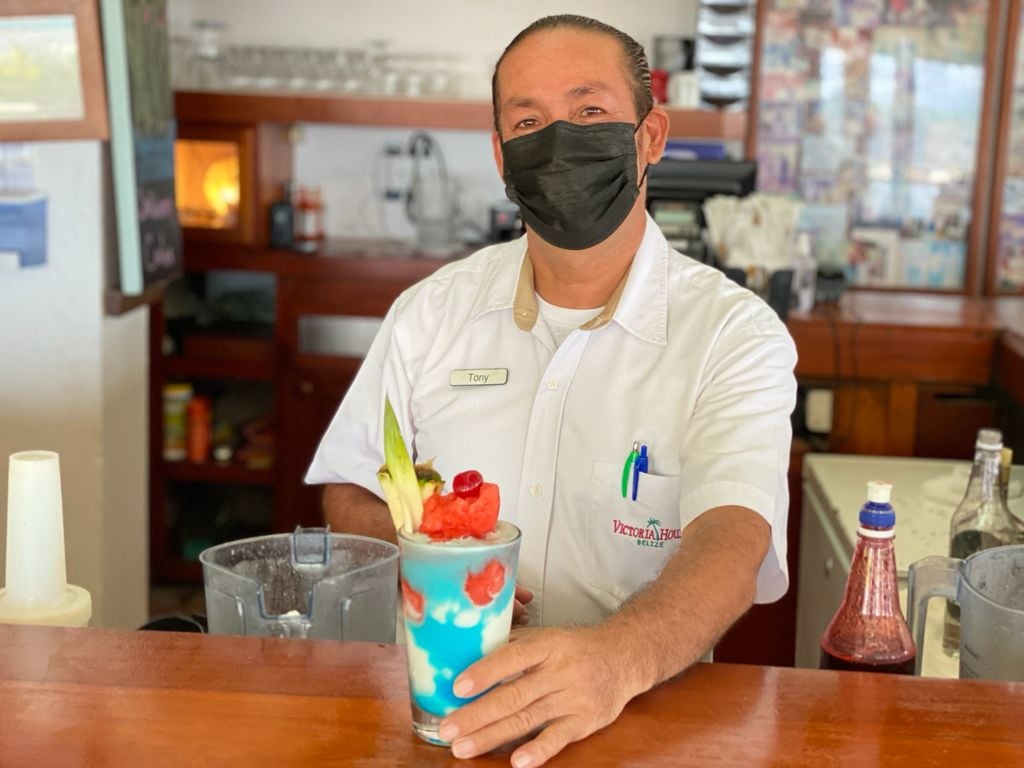 If you haven’t missed an episode of The Crown, you know that Lord Melbourne was Victoria’s closest advisor, but there’s another man likely to have gotten her respect: Admiral Horatio Lord Nelson. His daring exploits during his service (from age 12) earned plenty of ink on the pages of history books, which may be why Victoria House Resort & Spa chose to name the resort’s beachfront bar for him! This popular place faces the sea and serves as a gathering place for guests.

Further, fine dining at the Palmilla Restaurant elevates cuisine to new heights and guests who have no wish to leave this haven rave about the extras that make their sojourns magical: The Victorian House Spa and Fitness Center, a 3,500-square-foot epicenter of wellness has won so many awards, even Ambergris Caye residents have made it their go-to spa. Surrounded by bougainvillea, flamboyants and palm trees, guests find 36 types of treatments under roof, and take full advantage of the 500-square-foot fitness facility that includes a courtyard for yoga practitioners. 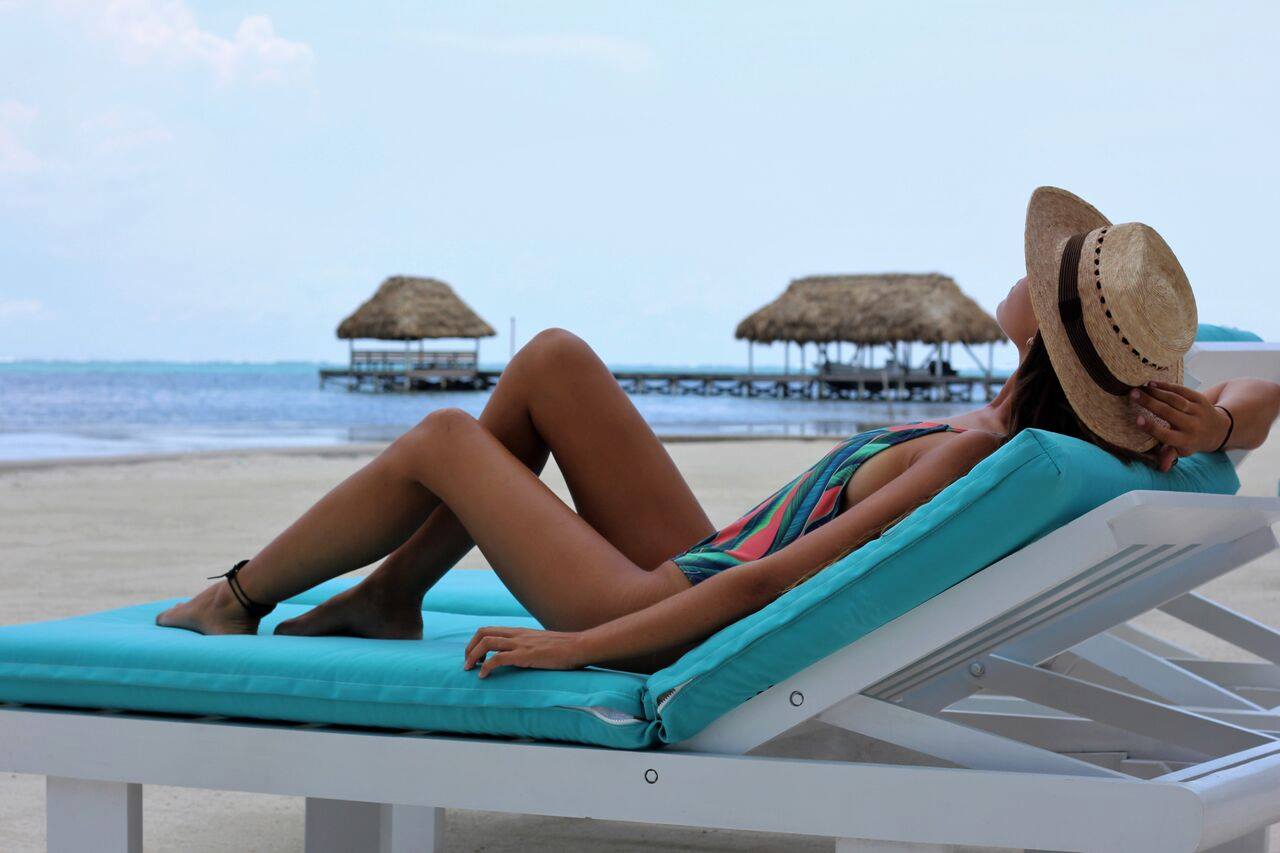 With this much to savor at this posh resort, leaving the fabulous food, remarkable onsite and tour options, tidy digs that emulate the resort’s charm and the kind of personal service Victoria would applaud can be hard to leave—which is why guests often feel torn when they consider going into San Pedro to find out why Ambergris Caye is the place to sojourn when visiting Belize.

But you owe it to yourself to see why so many prestigious tourism authorities wax poetic about the shopping, nightlife, and attractions. Every inch of this 25-mile-long island is an adventure. That stated, you’ll want to get back to Victoria House once you’ve had your taste—especially if there’s a stool at Admiral Nelson’s Bar that you’ve adopted for the duration of your escape.

How to turn your wish for a Victoria House Resort and Spa vacation into your next escape? Consult your 2023 calendar. Choose getaway dates. Put wheels in motion to visit this delightful paradise simply by calling the property’s toll-free number: 1-800-247-5159 and start packing. It’s okay to name drop when you make your reservation. We have it on good authority that Victoria wouldn’t mind you taking liberties in return for the best vacation of your life!

Belize Real Estate You Can’t Afford to Miss in 2023

Rethinking Where To Retire: Green Retirement Communities Sprouting in Belize