It’s Time to “Speak-Up”: The Caribbean Voice on Climate Change

Despite our individualities as Caribbean nations, climate change affects us all. As a combination of island states and coastal territories, the Caribbean is a region most vulnerable to climate change — especially with our collective reliance on tourism and nature-based economies. Regionally, the negative impacts felt are disproportionate: the Caribbean is responsible for less than one percent of global emissions. Yet, extreme weather events like hurricanes, droughts, and flash floods are more destructive; livelihoods, including those in fisheries and agriculture, are threatened by unpredictable weather patterns; fragile ecosystems like coral reefs struggle to survive continuous bleaching events and disease outbreaks; while shoreline communities are forced out of their homes and ways of life due to sea-level rise.

But hope is on the horizon, and it’s up to us to carry us to it.

It’s not a solo endeavor. Rather, it’s a new narrative of resilience — and of innovation, opportunity, collaboration, and commitment. Collectively, the Caribbean counts for nearly 45 million voices and together, we can go further than before. The climate crisis demands us to race to resilience, with no time to waste in speaking up for the Caribbean.

That’s why when the Caribbean Community Climate Change Centre (CCCCC) launched an art competition for all ages under its project, “Enhancing Climate Resilience in CARIFORUM Countries,” artists took to multiple art forms to add their voice on how climate change has affected them. As an initiative of the ACP Group of States, this project is funded by the European Union.

The Need for Climate Resilience

Enhancing climate resilience in CARIFORUM countries is in the best interest of all residents and citizens within, and receiving 90 entries was a resounding confirmation of that. Art and messaging in the form of drawings, signs, banners, paintings, and even stop-motion videos represented each individual’s stance on how they felt about the effects of climate change in the Caribbean. And, a call to action. 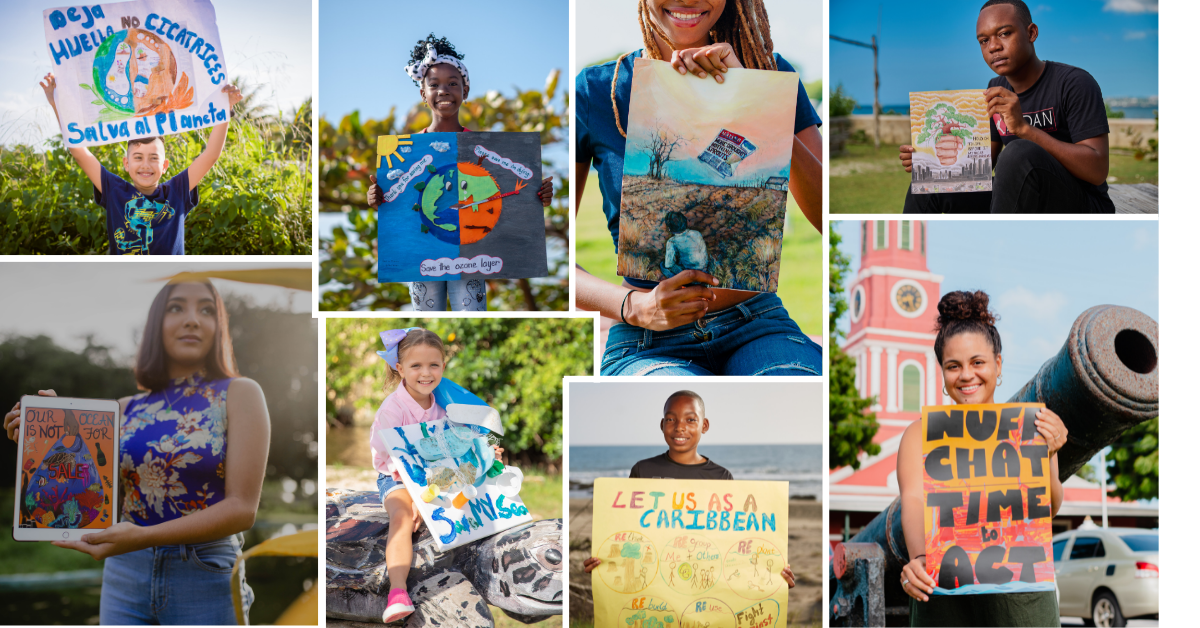 In total, entries from 14 of the 16 CARIFORUM countries covered 3 different languages with a total of 4 grand prize winners, 4 finalists, and 9 finalists. The Best Overall Winner, Jada-Marie Lum of Trinidad and Tobago with her digital art piece, reiterates that our ocean (and its resources within) is not for sale. Niyon Waldron, hailing from Barbados, showed the first-hand effects on food security from extreme climates with her Best in Fine Art painting: more droughts, nothing sprouts. Daniel Dixon, whose sister also entered from Jamaica, gave his Best Call to Action on solutions against climate change that we, the Caribbean community, can do. Jahvis Wood, also of Jamaica, offered the Most Impactful Visual that the future is in our hands — but we must not let it wither away.

Header image of The Bahamas © Duarte Dellarole. Article found on page 28 of the 2021/2022 Belize Gold Book. Read more articles from the #BelizeGoldBook below:

One Climate, One Caribbean Music Video released by Belize based team

All About San Pedro Fest’s 2022 Lobster Fest Crawl For A Delicious...

Cultural Experiences in Belize That Will Change Your Outlook On Life