When We Travel Again: A Belize Vacation in the Caribbean

Travel, an integral part of modern-day society, be it for work or leisure, is also evolving. Countless destinations across the world are heavily dependent on tourism, where travel-related businesses and services bring in enormous gains to local economies. It’s these destinations that are among the first to reopen their doors to travelers, offering amazing discounts and deals. The Caribbean, with nations who have handled the pandemic well owing to their small populations and safety measures, make for a fantastic destination. In fact, if you have never before considered the Caribbean owing to the obvious reasons of expense, you’ll be happy to know that it’s more affordable today than five years ago. And with flights from major U.S. cities in three hours or less, accessibility isn’t a hassle either. So, when it’s safe to travel again, plan a trip to Belize in the Caribbean for a vacation of a lifetime. 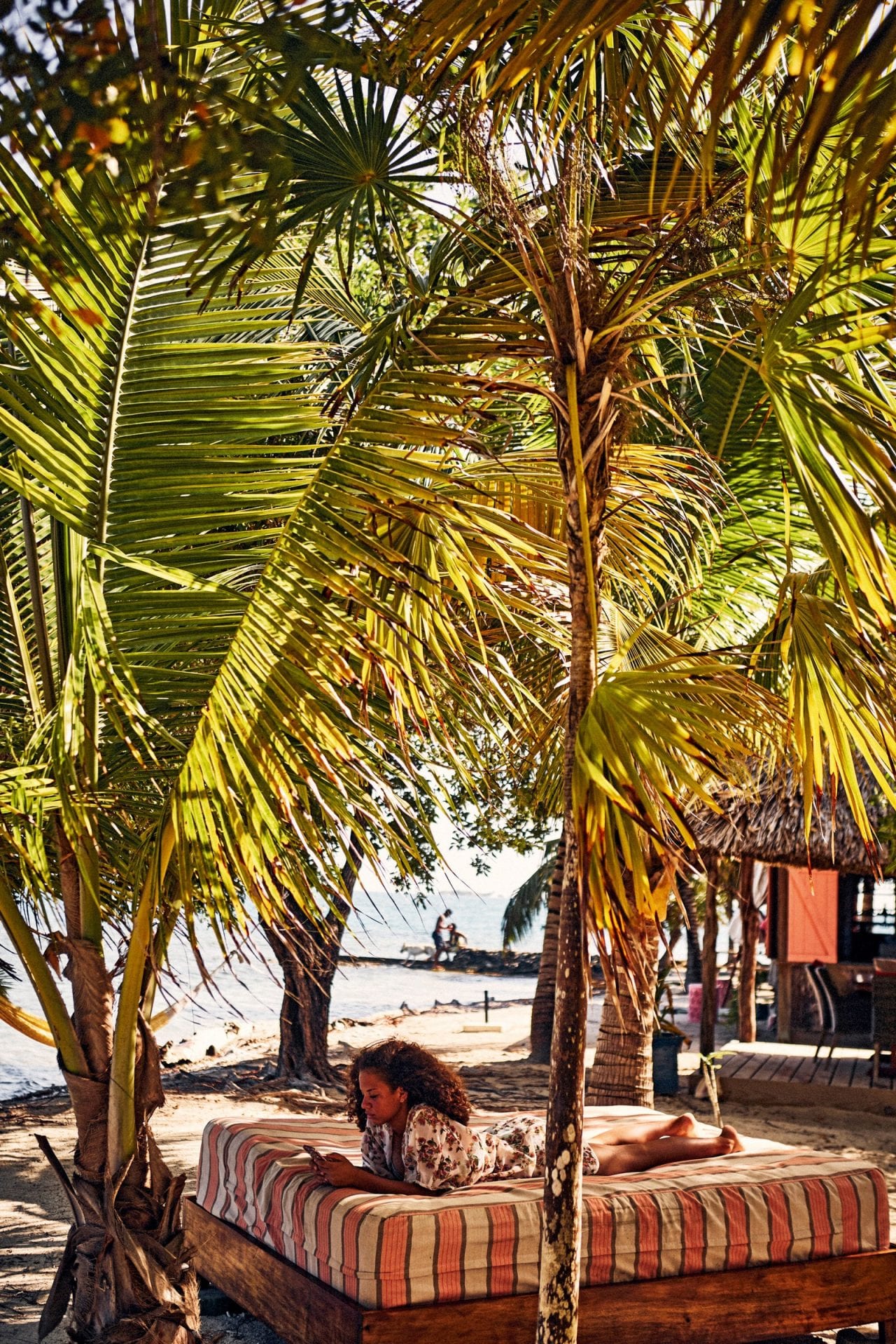 A thriving barrier reef? Check. Ancient Maya sites hidden in the jungle? Check. Central American flair? Check. Whether you’re looking for an exclusive luxury resort or budget-friendly open-air thatch dwelling, Belize has it all. Do nothing—or absolutely everything on your adventurous wishlist—with secluded stays embracing all its natural surrounding. That is, in addition, to enviable culinary adventures, world-class service, sumptuous spa treatments, and much more. After all, eye-opening island retreats and jungle hideaways in Belize await. They’re not going anywhere, but you should.

There’s a few things that make Belize stand out from its Caribbean companions. Firstly, perched in eastern Central America, Belize boasts three of the Western Hemisphere’s four total atolls, a dozen major Maya sites, the first jaguar reserve in the world, and much more.

THREE OF FOUR ATOLLS IN THE WESTERN HEMISPHERE 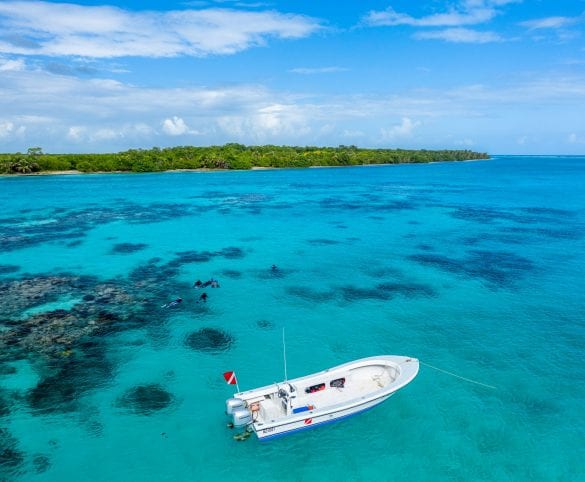 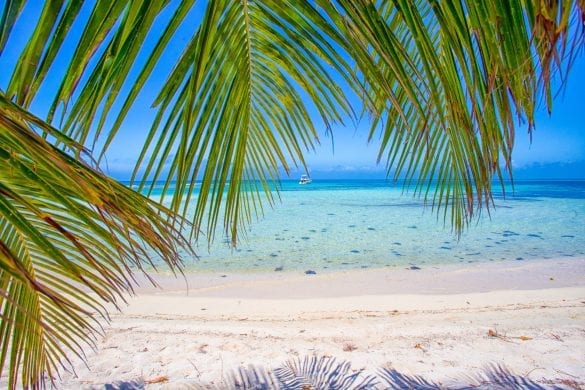 As the largest and most biologically diverse atoll in the Americas, the necklace of coral within Turneffe Atoll offers 131,690 (protected) hectares bursting alive with brilliantly giant coral sponges and natural nurseries of exotic tropical fish for one of Belize’s most lucrative dive spots. Further east, Lighthouse Reef Atoll is likely Belize’s most visited; that is, thanks to the allure of the legendary Great Blue Hole and its (seemingly) bottomless abyss. Besides abundant critters and inquisitive Reef Sharks, its steep dive walls – adorned with riotously colorful reef gardens – are a consistent favorite of both longtime divers and complete novices. 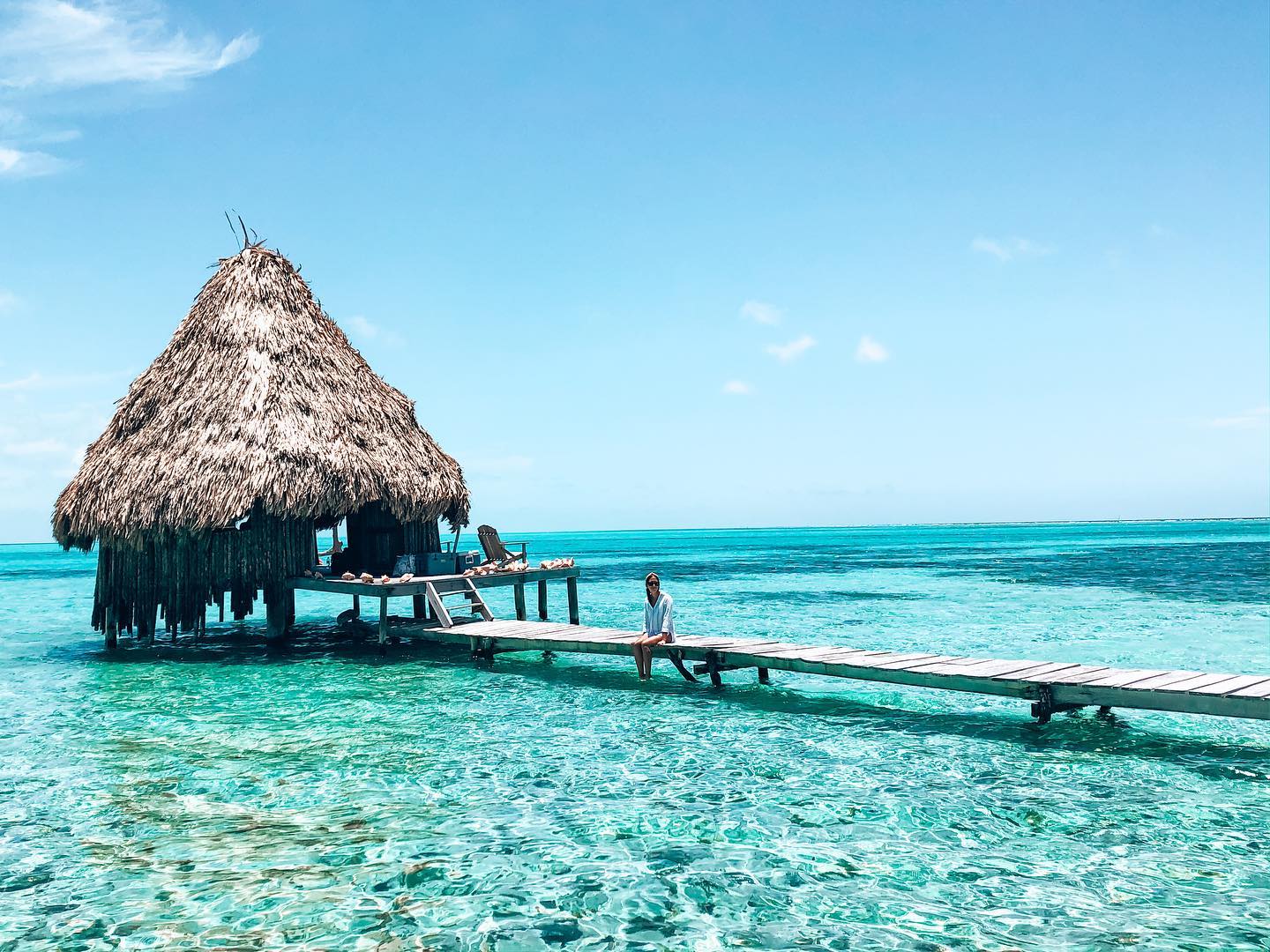 Lying like a string of pearls in a blue sea, the southernmost Glover’s Reef Atoll exemplifies pristine diving inside Belize’s best formed atoll at 16-miles long and 7-miles wide. Find more than 700 pristine patch reefs brimming with the richest variety of marine life in the Caribbean – from the delicate fan coral and spiny urchin to the colorful stoplight parrot fish and elegant southern sting ray. Discover this gem in the English-speaking Caribbean for yourself with a Belize vacation.

What To Know About Moving Your Family to Belize

Santa Baby, Take Me To Belize this Christmas