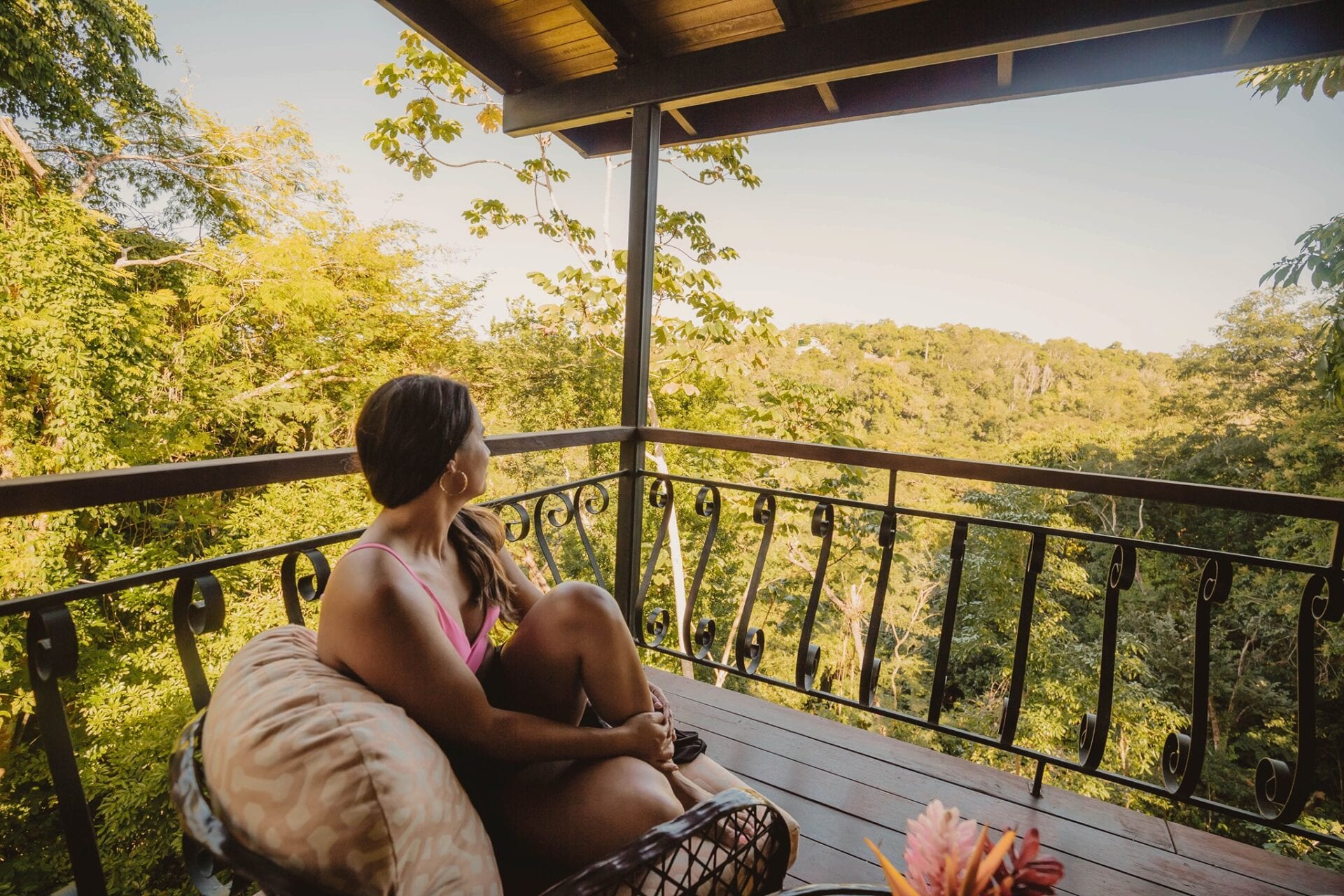 The San Ignacio Hotel Resort is one of Belize’s most enduring legacies — and a story of how perseverance and a passion for bringing happiness to others can build a family dynasty. First established in 1976 by Mr. and Mrs. Escandar Bedran, it quickly became a hot spot for dignitaries and celebrities from all over the world — and it’s even housed, Queen Elizabeth II. But you don’t need to be royalty to get the royal treatment at San Ignacio Hotel. Here’s what they have to offer.

If you’re trying to escape the doldrums of everyday life, you couldn’t dream up a more perfect place to retreat than Belize. Its position along the Equator ensures pleasant conditions all year long. The warm Caribbean Sea hugs the easternmost side of the country, opening out into the Belize Barrier Reef and over 400 islands and cayes. But that idyllic climate is equally influential on the ecosystem of Belize’s interior. The Cayo District in the far west is fertile land that’s been treasured since ancient times — and it’s rich with both farmland and lush rainforest. 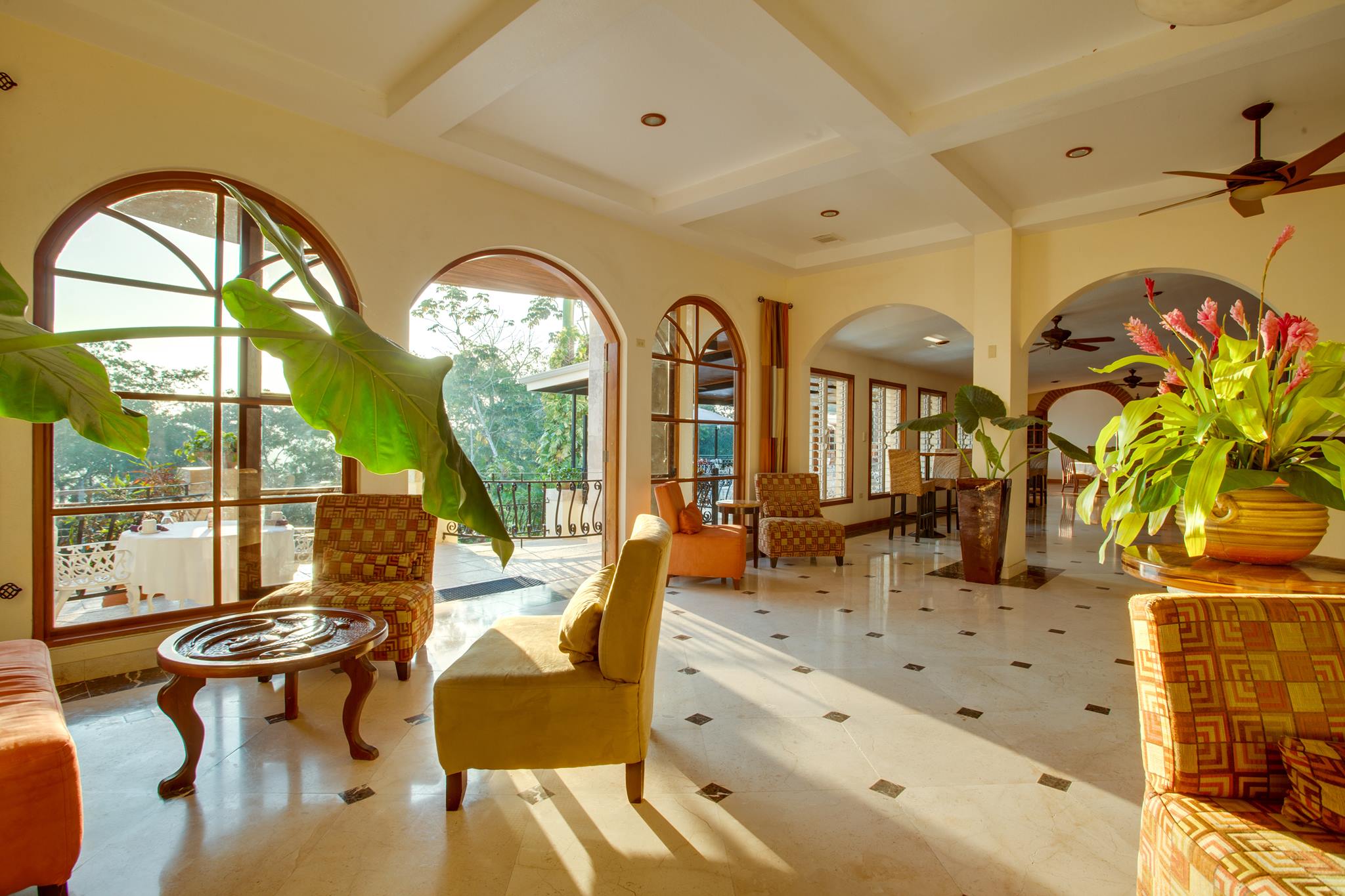 The first venture of the San Ignacio Resort Hotel’s owners was the Stork Club — a venue that sought to bring the glamour of New York City’s high society to Belize, and it’s a sensibility that lives on through the San Ignacio Resort Hotel. That’s reflected in the tastefully designed architecture and the manner in which it’s immaculately cleaned. And it’s reflected in the way the rooms offer lavish accommodations decorated with Belizean crafts and furniture but outfitted with all the modern amenities you’d expect. It’s no surprise that this resort has earned a combined 98.1 satisfaction points from customers and received a number of awards — not least of which include Restaurant of the Year, Hotel of the Year, and a Hospitality Award. But the biggest honor came from the guests themselves who helped San Ignacio Resort Hotel attain the Conde Nast Traveler’s 2021 Readers’ Choice Award. The local staff holds themselves to the highest international standards for customer satisfaction, but they pair it with the affable and friendly charm that the locals of San Ignacio Town are known for.

Adventures Outside Your Door 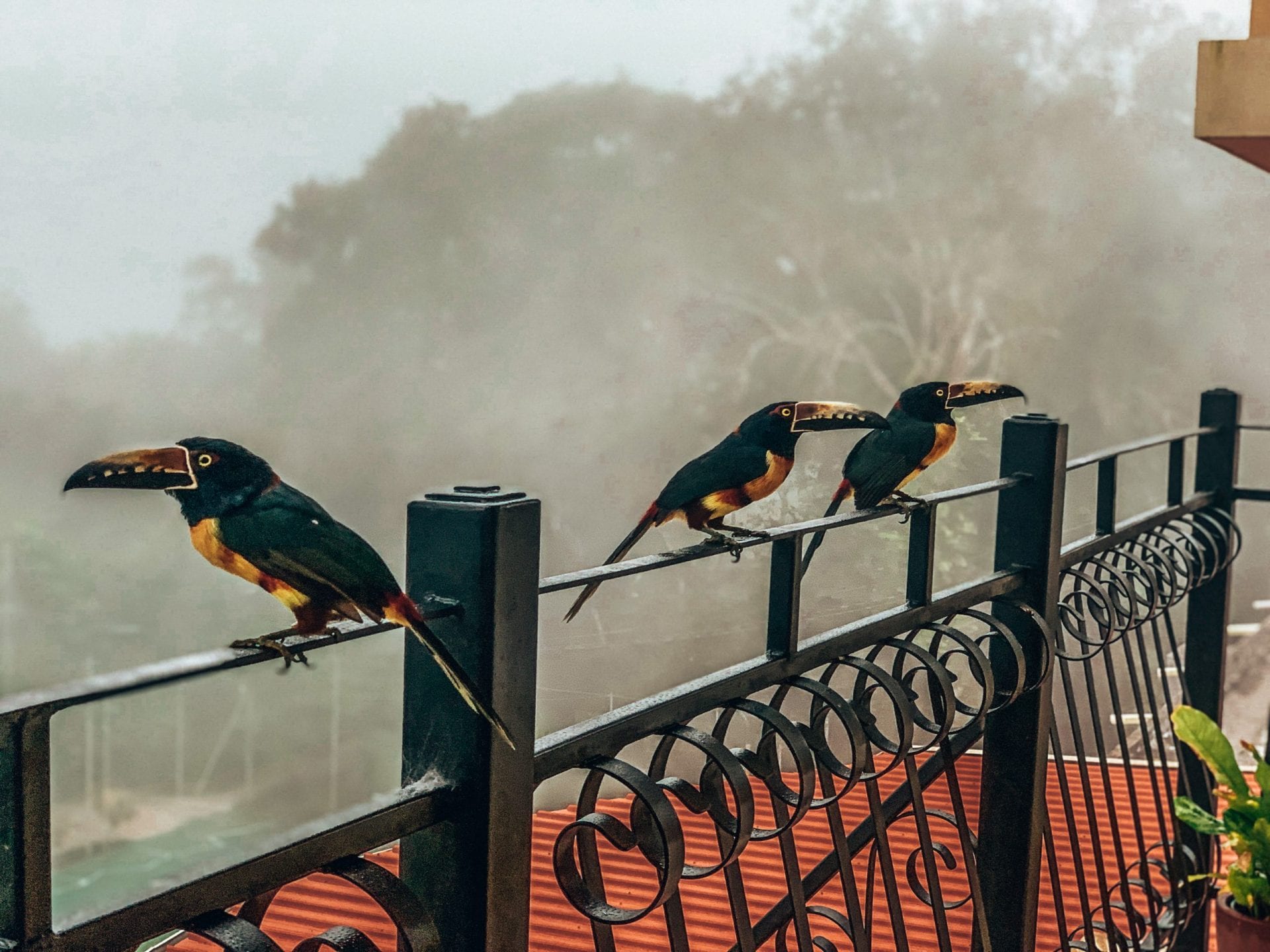 Collared Aracaris perched on the balcony. Photo by Kaitlin Narciso

Speaking of San Ignacio Town, it’s only five minutes from your door. Things tend to move slower around town, but the people are friendly and there are a surprising number of things to do around the area. And while San Ignacio is the cultural capital of the Cayo District, chances are that you’ll want to spend some time exploring in the wider environment. Fortunately, there are plenty of opportunities for that. You can schedule any activities you want right on the property, and there’s no lack of things to do regardless of your age or energy level. The Macal River is a favored choice for canoeing, while Barton Creek Cave offers the opportunity to canoe through pitch-black underground tunnels. The jungles offer chances for zip lining or horseback riding — or you can keep things low-key and spend your time bird watching or touring the abundant Maya sites in the region.

A Healthy Twist of the Cosmopolitan 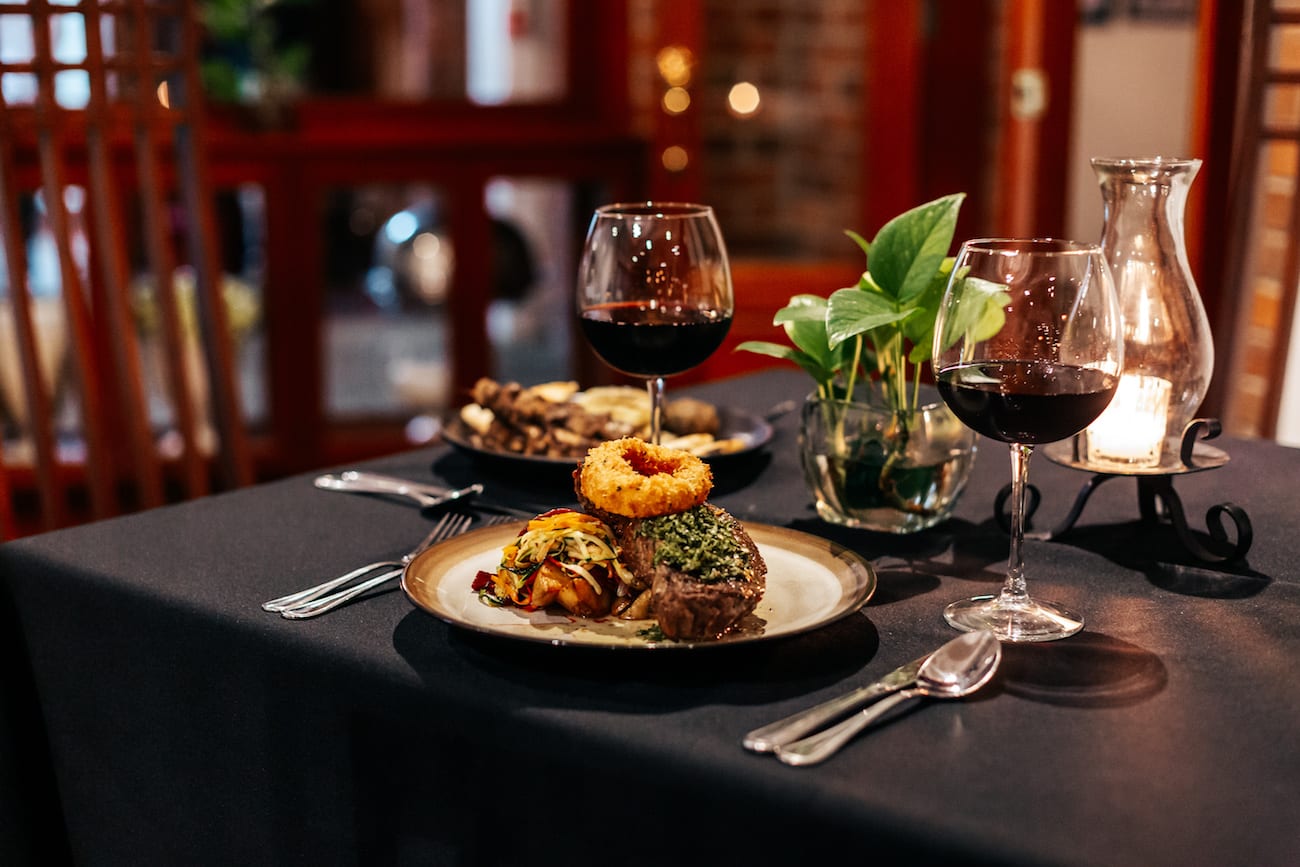 There are a lot of nice things to say about San Ignacio Town, but “sophisticated” probably isn’t the word that would top anyone’s list. The exception is when you step onto the grounds of San Ignacio Hotel Resort. The on-site Running W Restaurant offers stunning views of the 17-acre property, and it’s been racking up awards for its traditional but upscale approach to Belizean cuisine that sources its ingredients from the family ranch. The expansive property is frequented by some of the most exotic birds in Central America, and on-site tours offer a low-energy way to get up close and personal with nature. Be sure to check out the Green Iguana Conservation Project — just one of the creative ways that the habits of the San Ignacio Resort intersect with the needs of the community.

The Accommodations You Deserve 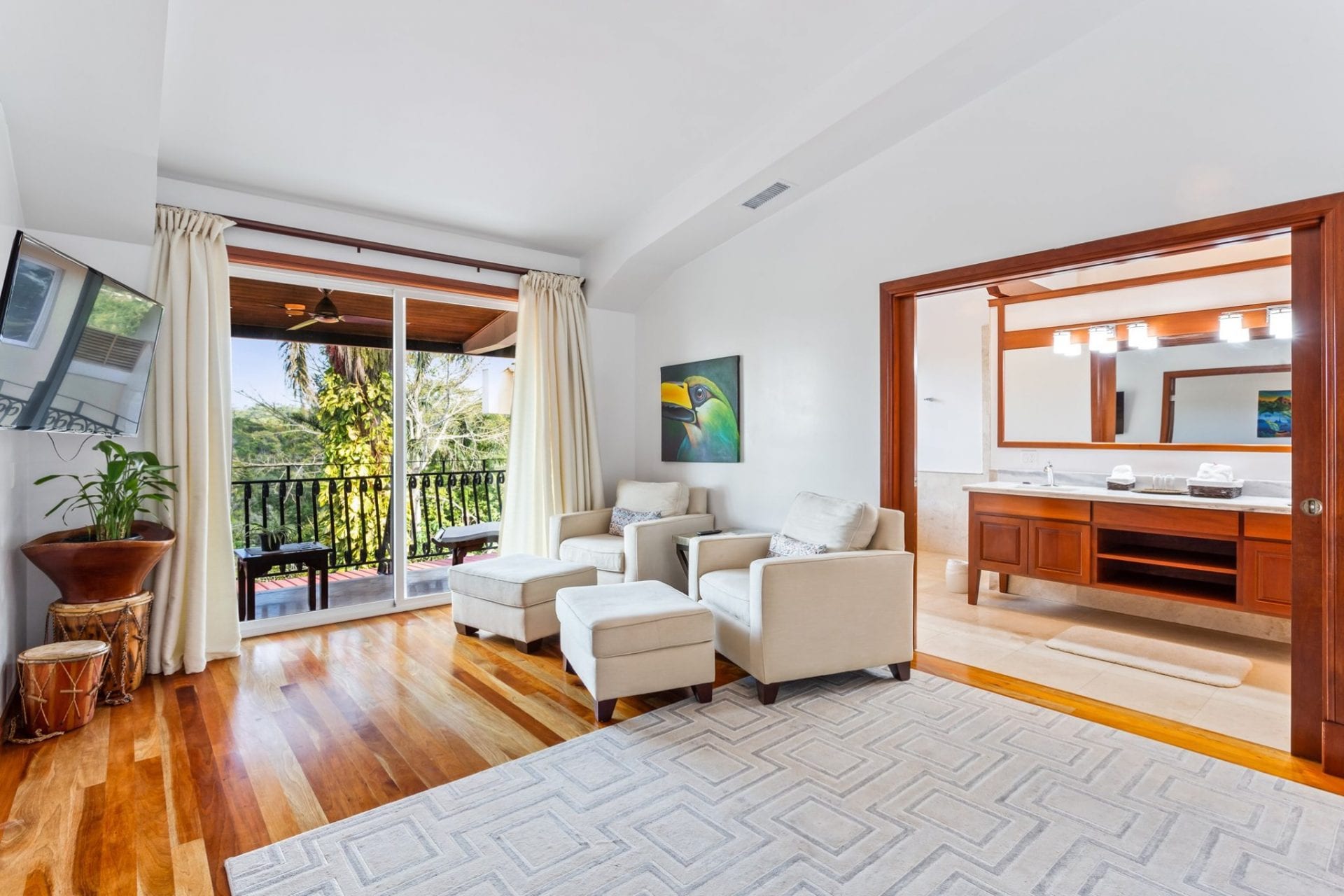 The 27 rooms that constitute San Ignacio Resort Hotel’s guest accommodations are universally welcoming and glowing with their own unique personality, but they’re also each diverse enough to feel at home. The royal and master suites can comfortably hold as many as four and three people respectively, and they embrace the opulence you’d expect from a retreat to a five-star resort. But the care and attention to detail extend through the river view and honeymoon suites into the smaller garden and deluxe rooms. Whether you decide to book excursions throughout the wilderness or simply lay around all day, you can be assured that your time at San Ignacio Resort Hotel will be a genuine experience. The friendly, local staff will make sure of that.

A Complete Guide to Buying Belize Real Estate as a Foreigner