7 Belize Islands To Visit This Summer

Belize is a truly fascinating little piece of paradise with more than one thing on offer to suit any possible taste. You have the lush jungles, gorgeous waterfalls within the mountains and more than enough islands to ensure that you will have the perfect vacation within the tropics. While there are hundreds of activities and venues you can explore in Belize, this particular article is concerned with highlighting the seven best islands that anyone coming to Belize this summer should at least consider visiting. But first, a brief heads up regarding terminology; throughout this article, you will see the term “caye” being used; “caye” or “cay” is the way that the locals spell the word key. Pronounced like a key, cayes are small sandy islands with a little elevation that is built atop a coral foundation. 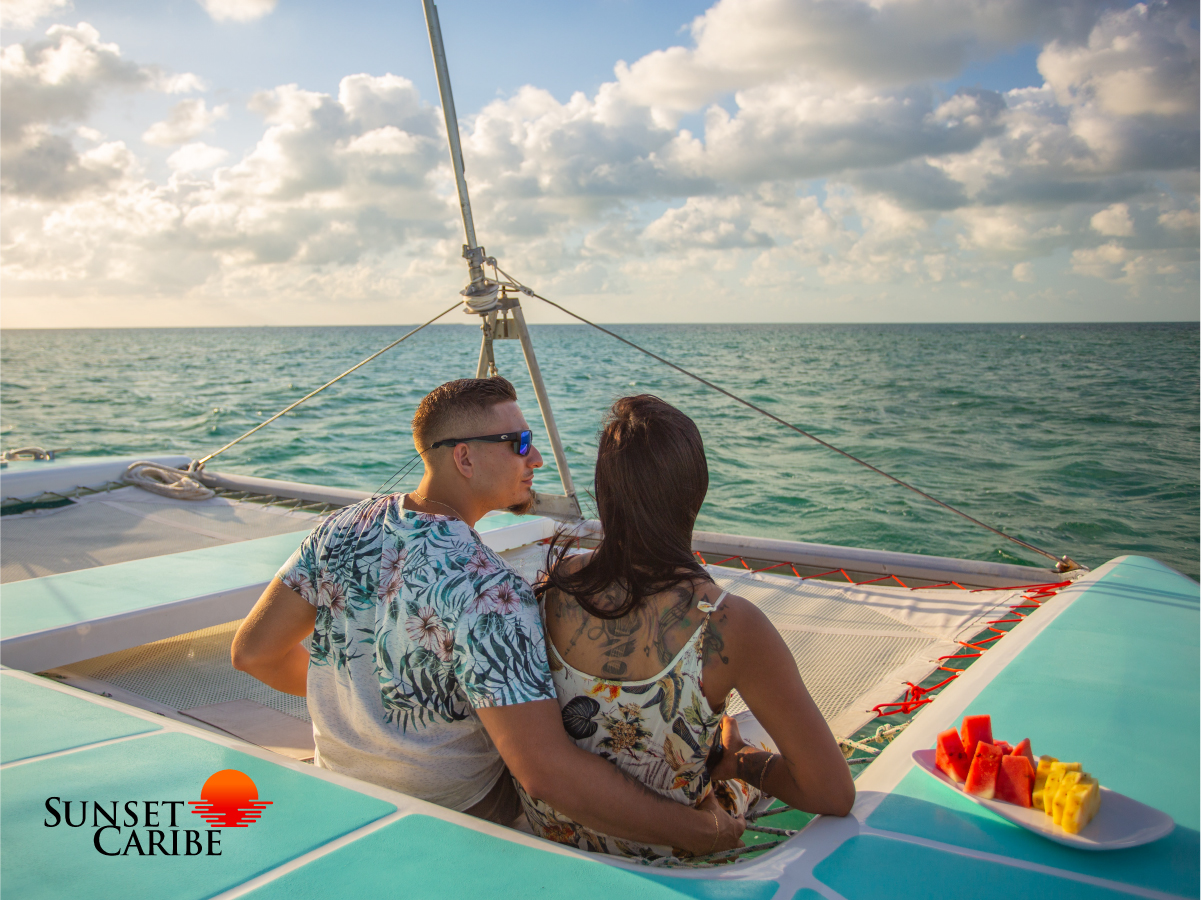 This is Belize’s largest, busiest island and overflowing with posh hotels, gourmet restaurants, beach bars, and entertainment venues. You can easily get to it by ferry, like with San Pedro Belize Express, or local flight from Belize City with Maya Island Air and it resides just one mile away from the Belize Barrier Reef, the world’s second-largest barrier reef. You can also easily get to the Blue Hole and Hol Chan Marine Reserve and Lighthouse Reef. San Pedro, the main town on the island is found along the east coast and was used for a song by Madonna. If you love to party, you will never be left wanting here. All of these offerings make Ambergris Caye one of the most popular destinations in Belize, but there is certainly a slice of paradise for everyone.

Where to stay: Ambergris Hotels here

This is where you go to relax and unwind while still having plenty of options beyond the resort. The lack of vehicles means you get to enjoy your journeys on foot or golf cart; even the welcome sign advises to take things slowly. You can even check out The Split, a channel created after a hurricane that split the island and endures as a great swimming spot. 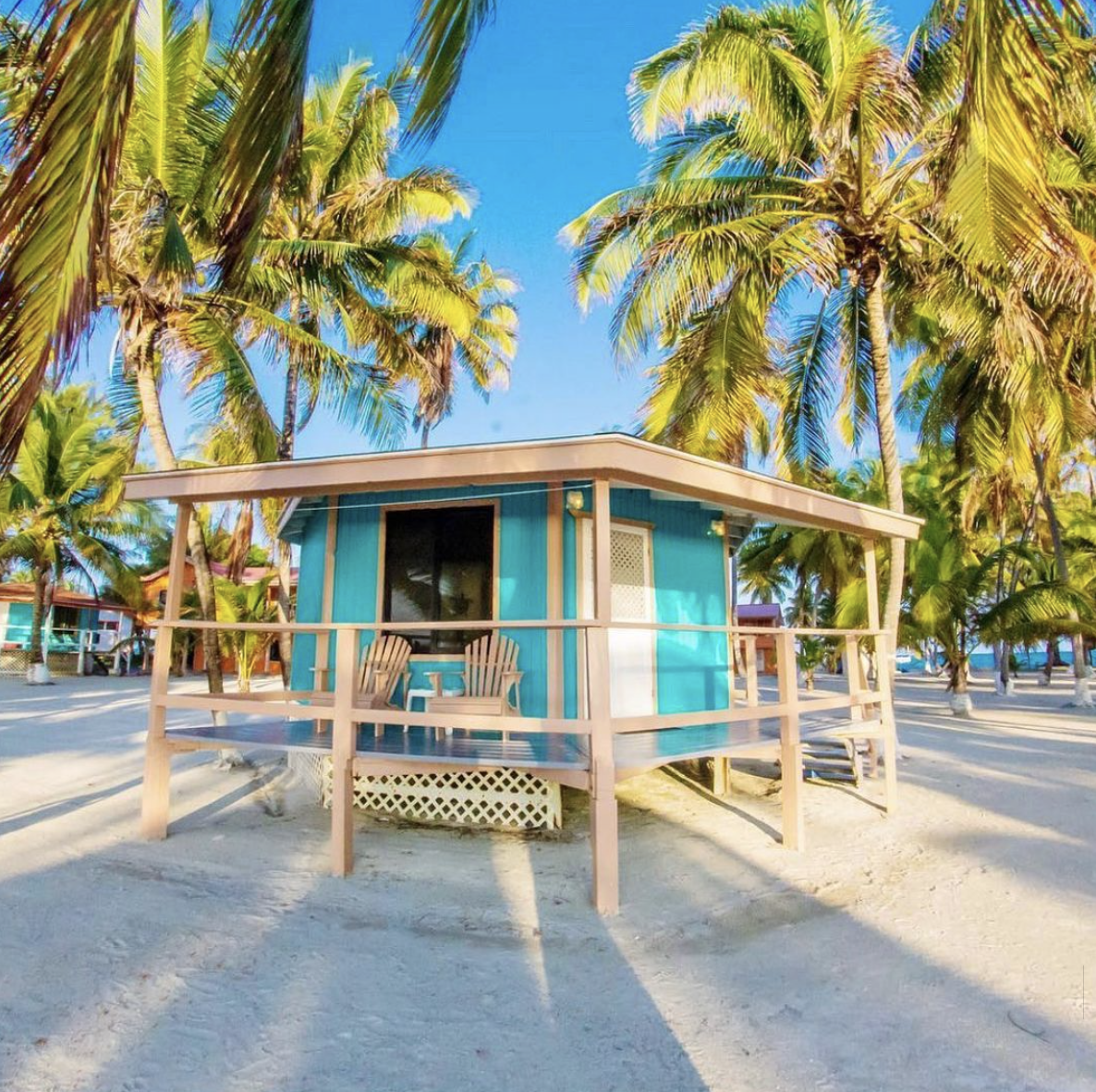 This is the best spot to go for easy diving. It’s just nine miles away from Dangriga and within walking distance of the reef. Just imagine waking up in the late morning, immediately slipping into your dive gear and swimming over to a dive site in under 15 minutes. It is not only a reality but South Water Caye is an access point to a 118,000-acre marine reserve.

Even though it enjoys a close distance to Placencia Village, this two-acre island of sugar-white sand remains relatively unknown. It has enough space for nine guests for an overnight stay and no more than 25 during the day. This restriction helps to keep tourism a stable pursuit while minimizing the damage to Ranguana Caye’s natural splendor. 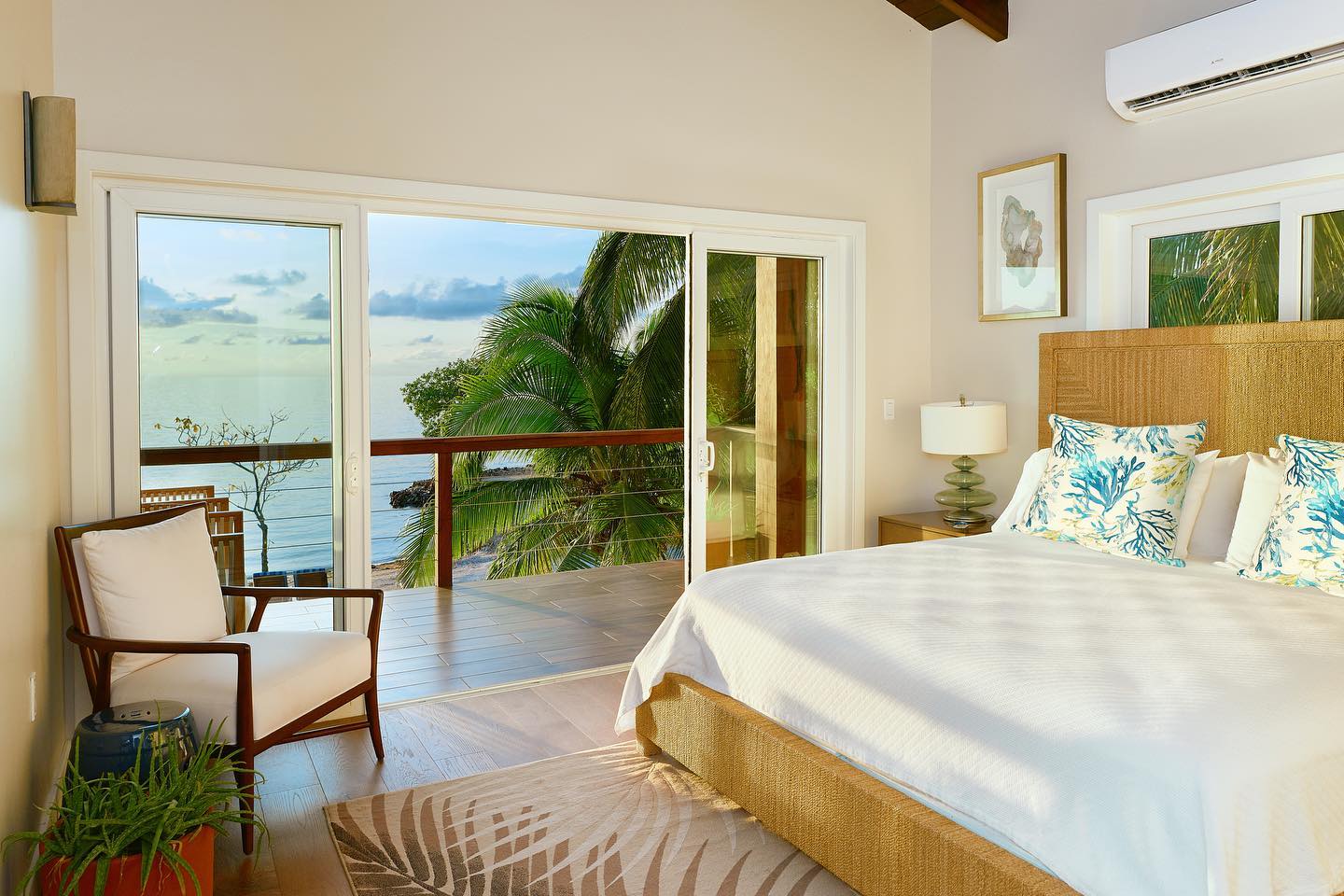 This tiny little jalapeño-shaped caye is a private island resort that prides itself on its diving, snorkeling, and fishing options. If you would rather just chill out, the resort has more than enough amenities to suit those desires as well. You can even rent the entire island and feel like royalty for a few days.

This tiny egg-shaped island gets its name from serving as an early tobacco farm. It also features a marine station to educate people about the local sea life and serves as a place to participate in night diving.

Read all you need to know about Tobacco Caye HERE!

Where to stay: Tobacco Caye Paradise 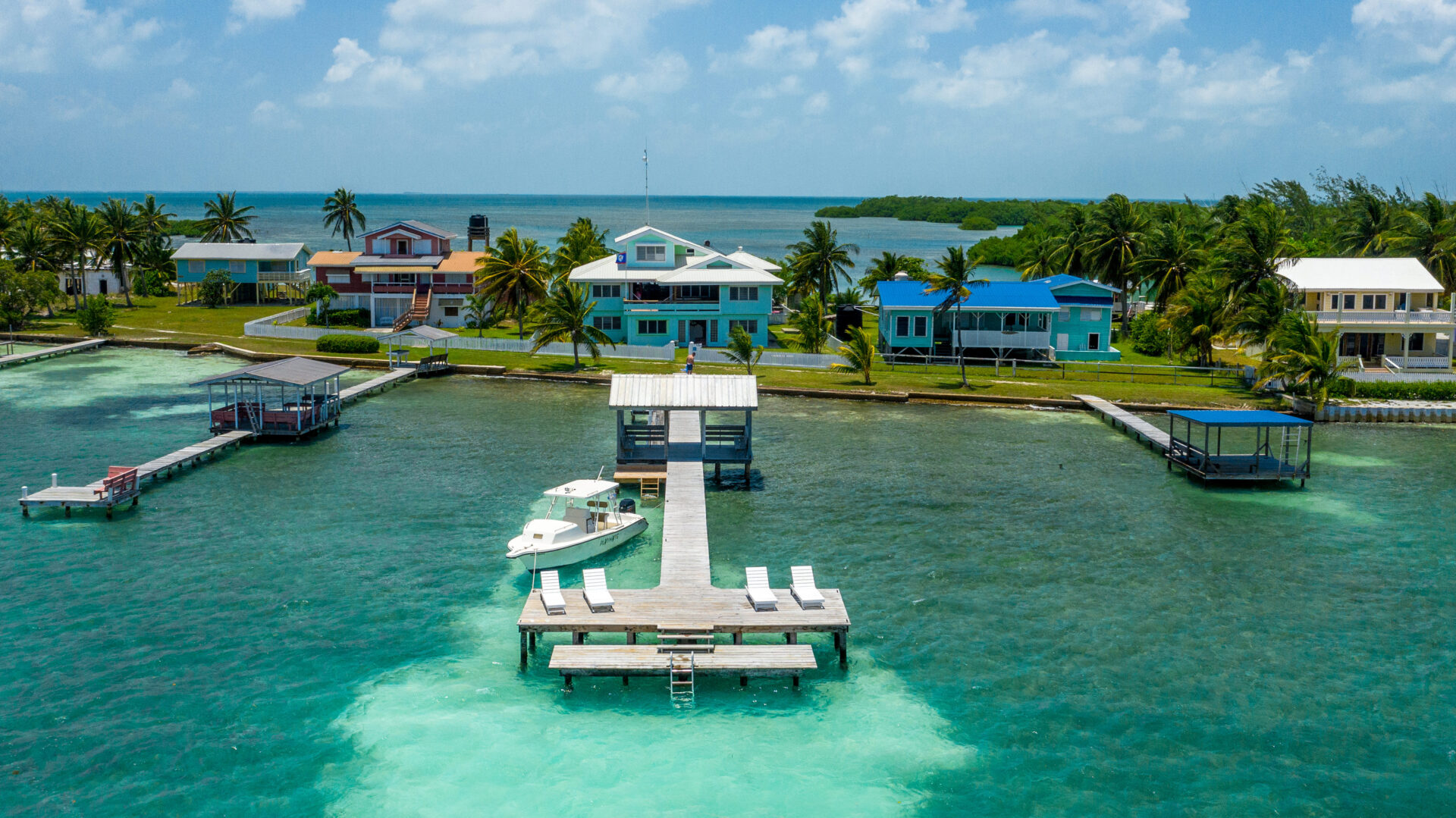 This place has great historic value as it was the site of an eponymous battle between a group of privateers and loggers known as Baymen that prevented the Spanish from taking the area for their own. September 10, 1779, is known as the only public record of aggression between the British and Spanish, making it a national holiday. St. George’s Caye is another chill place to relax and bask in the natural wonder of the island. If you would rather see what the island has to share, it has quite an impressive aquarium with some equally impressive groupers.

Islands in the Sun 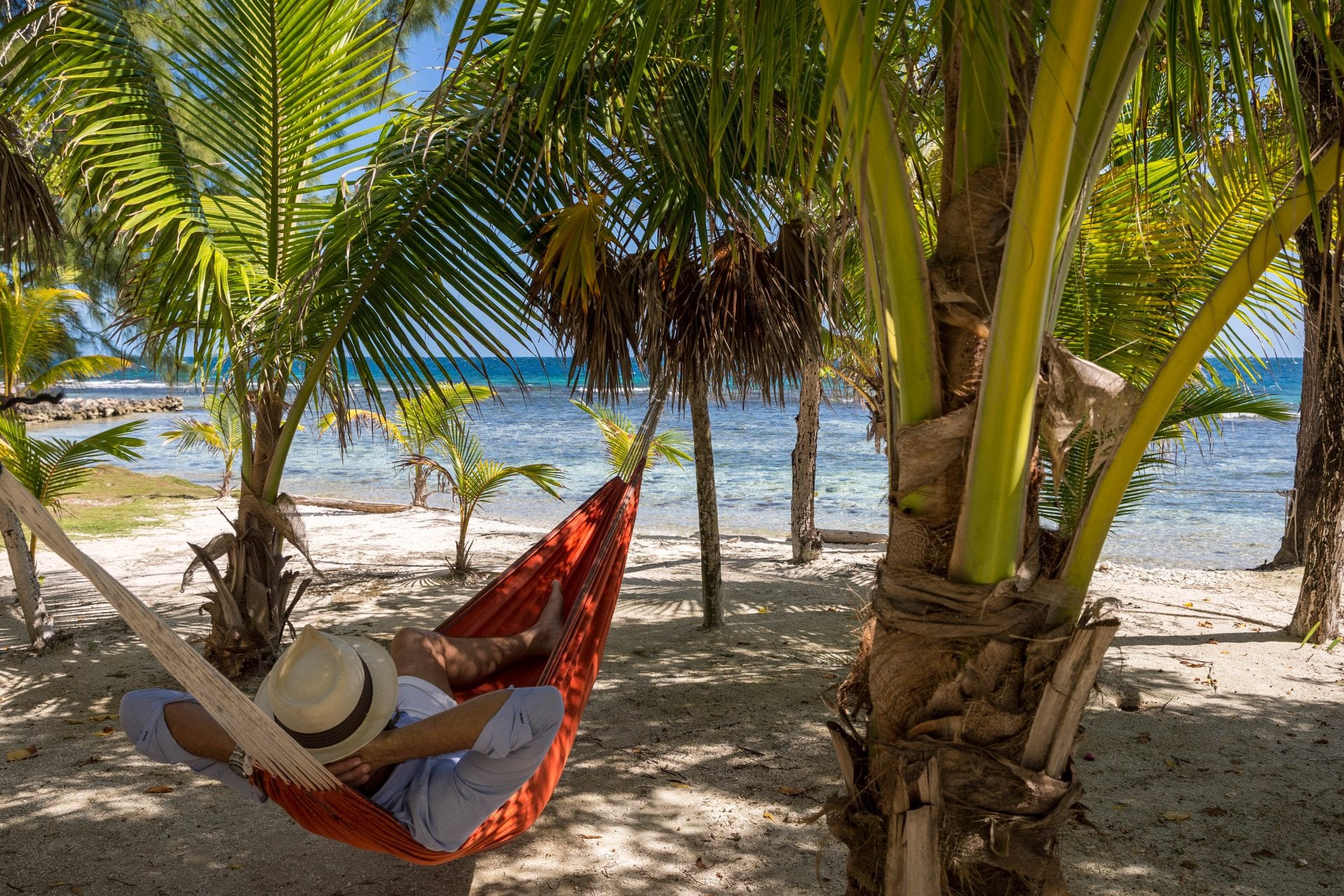 Belize is a country with over 400 islands to its name, and you can discover as many as possible this summer. Even if only a fraction of that number is inhabited, there are still more than enough of them for you to find your own personal flavor of tropical paradise. Yes, we only featured seven of Belize’s islands but that is because they are arguably the seven most prominent places that people will appreciate exploring this summer. Ambergris Caye is the quintessential tropical resort area with tons of things to do; St. George’s Caye offers a chance to learn about Central America’s colonial history; South Water Caye is one of the best environments for going beneath the waves; Caye Caulker offers a blend of chill vibes and resorts living; Ray Caye gives you a shot at feeling like a real big shot and Ranguana Caye gives you plenty of space from other people. The choice is yours!

Chabil Mar: The All-Villa Resort To Stay for Luxury and Location in Placencia