On June 12, Belize became the first country to receive a donation of 100,000 doses of the AstraZeneca vaccine from the Government and people of Mexico. A small delegation headed by H. E. Maximiliano Reyes Zúñiga, Undersecretary for Latin America and the Caribbean of the Secretariat of Foreign Trade and Immigration, arrived at the Philip S.W. Goldson International Airport to personally deliver the vaccines on behalf of President Andrés Manuel López Obrador of Mexico. Besides Belize, Bolivia and Paraguay also received 150,000 donated doses of AstraZeneca vaccine from Mexico.

During opening remarks, H.E. Martha Zamarripa Rivas, Ambassador of Mexico to Belize, extended on behalf of President López Obrador, condolences and support to the families that lost loved ones to COVID-19, which has taken 325 lives in Belize. She also noted that Belize is the first country to have received this donation out of solidarity and also to promote equal access to vaccines in countries of this region.

Belize expresses deep appreciation to the Government of President Lopez Obrador and to the people of Mexico for today’s generous contribution of 100,000 doses of AstraZeneca vaccine that will bolster Belize’s ongoing vaccination program 🇧🇿🤝🇲🇽 pic.twitter.com/dpx5sJ1sCI

Hon. Michel Chebat, Minister of Health & Wellness, in turn thanked the president, government, and people of Mexico for their generous donation. He said, “The successful completion of this process could not have been better timed as this donation will help us bolster our ongoing vaccination program. The immediacy with which our call was responded to by Mexico has not slipped us and we are truly humbled to be the first country to benefit from Mexico’s generosity.” 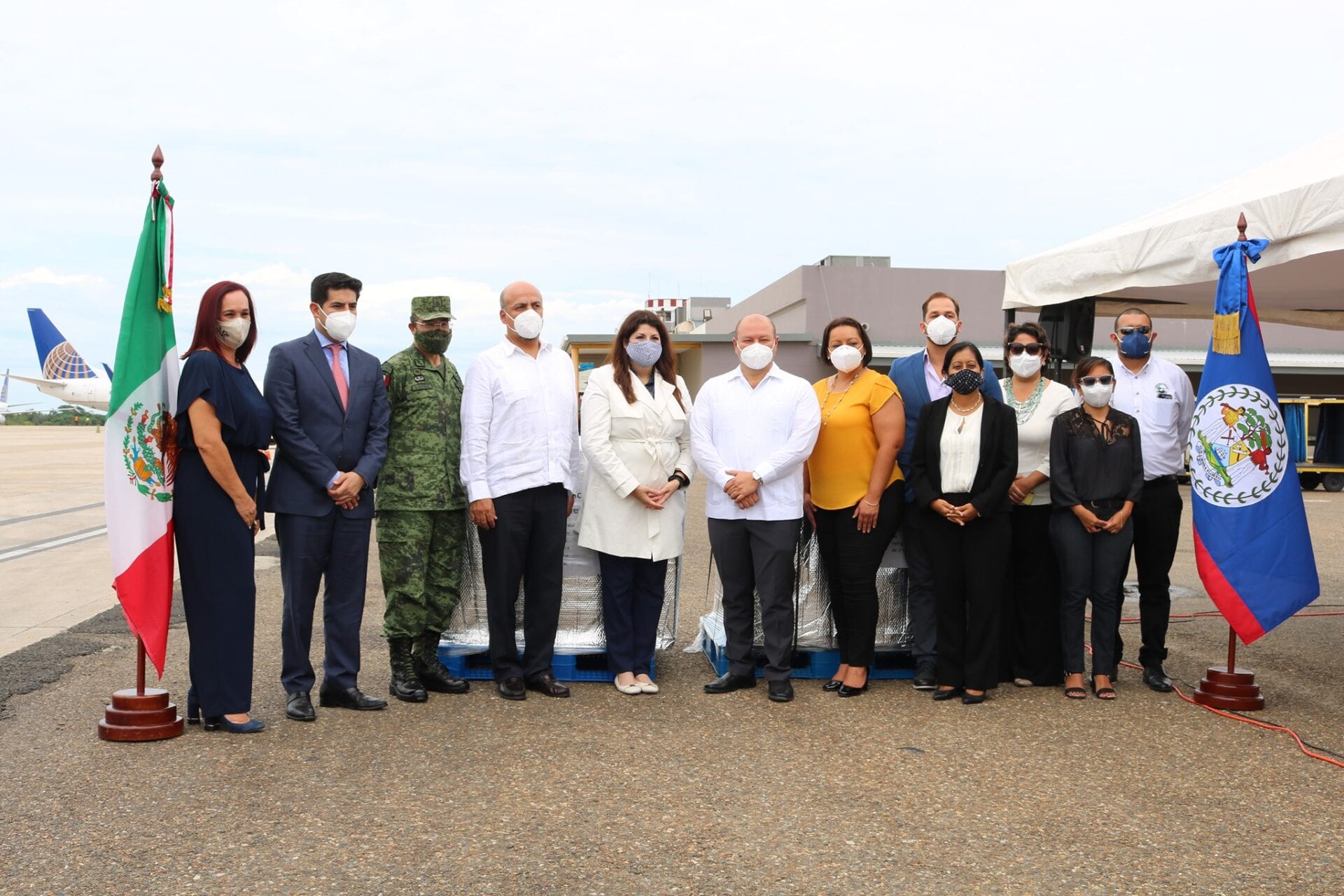 H.E. Maximiliano Reyes Zúñiga spoke on the donation of vaccines that should ultimately assist countries in rebuilding their economies. Bolivia, Paraguay, Guatemala, Honduras, and El Salvador will also be receiving vaccines. As Belize and Mexico commemorate 40 years of bilateral relations this year, Belize remains committed to strengthening cooperation between the two nations. Belize extends its appreciation for this humanitarian support made possible through the Mexican Foreign Ministry, the Mexican Air Force and Direct Relief.

The Ministry of Health & Wellness encourages persons to get vaccinated. Help keep Belize COVID-19 safe by following prevention protocols and getting tested if symptoms are present.

5 Underrated Towns in Belize Worth Exploring