The Maya ruins at Cerros stand out by being on the coastline rather than deep inland in the jungle. Cerros is a small site, but it has revealed a great deal about Maya society.

Cerros is about 85 miles north of Belize City in the northern district of Corozal. The ruins are located on the banks of the New River where it meets the Bay of Chetumal. 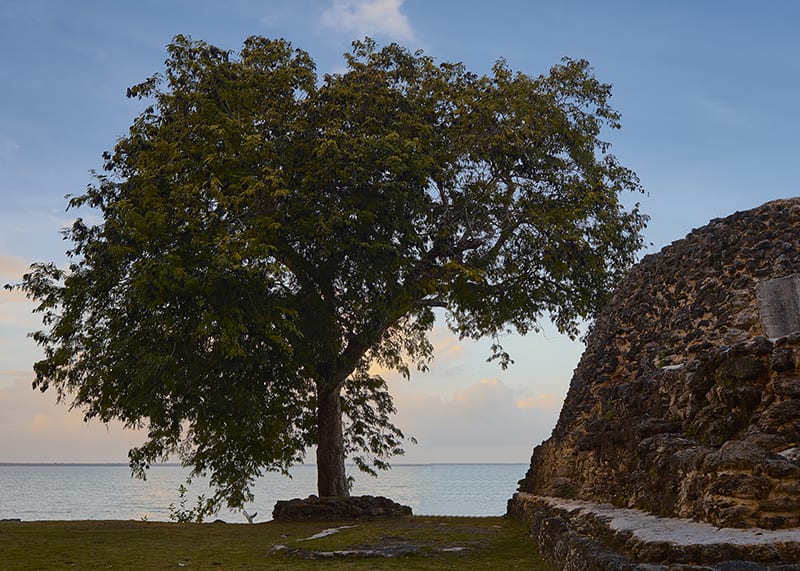 When Was Cerros Built?

Archaeologists estimate that people lived continuously in Cerros from 400 BC to 400 AD. Cerros is one of the few Maya cities that was continuously occupied for centuries.

Cerros is one of the most important late pre-classic Maya sites. It is the first Maya city that attempted to establish a king as its ruler. In 50 BC, Cerros established the first of its ruling kings and began a major urban renewal. Residents buried the original buildings to construct new temples, plazas and a palace.

Most of Cerros has still not been excavated. 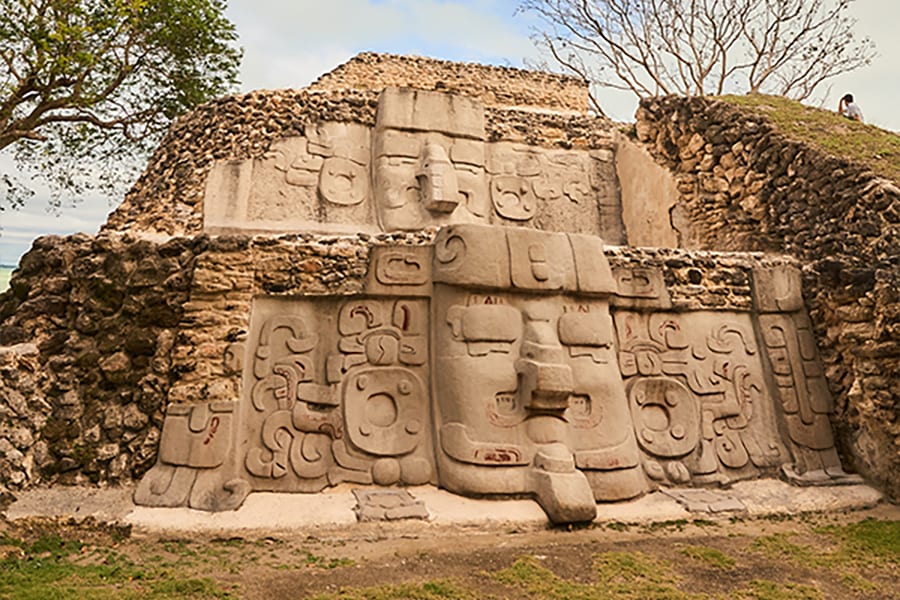 A Small but Powerful Stronghold

Compared to the large cities of Tikal and Caracol, Cerros was small. Archaeologists estimate that about 1500 people lived there at the height of its importance.

People in Cerros developed an economy based on trade with inland cities. They fished, farmed and developed irrigation systems that are similar to the ones we use today.

Over time, Cerros became an important trading hub for merchants from all over the Maya empire.

When Was Cerros Discovered?

The ruins were first discovered in the early 1900s, but there was no excavation done at the time.

In the 1970s, an American corporation attempted to build a resort near the ruins. The company abandoned the project after discovering that they had uncovered ancient Maya burial sites. Ownership of the land went to the Belize government.

How Can You Visit Cerros?

Unlike the Maya sites that are deep in the jungle, Cerros is easy to reach. The fastest way to get there is to take a ferry from Orange Walk Town. If you drive, you’ll need to drive about 55 miles down the Northern Highway.