HopkinsWhat to Do in Belize

Free Country Concert To Rock The Beaches of Hopkins, Belize

Signaling the official start to summer, country stars Lucas Hoge, Rob Mayes, and Keesy Timmer are set to rock Hopkins beach in Belize with a free concert this May! The Belize Collection, in partnership with the luxury travel agency, Choose Belize, kick-off the family-friendly fun starting at 5:30 PM on Friday, May 13, at the Lodge at Jaguar Reef. It’s the first time for a concert of its kind in the South and entirely free admission, with food and drink specials for sale from the Paddle House, the onsite beachfront eatery at Jaguar Reef. Country music, good company, great drinks, and an even better view—what more could one want? 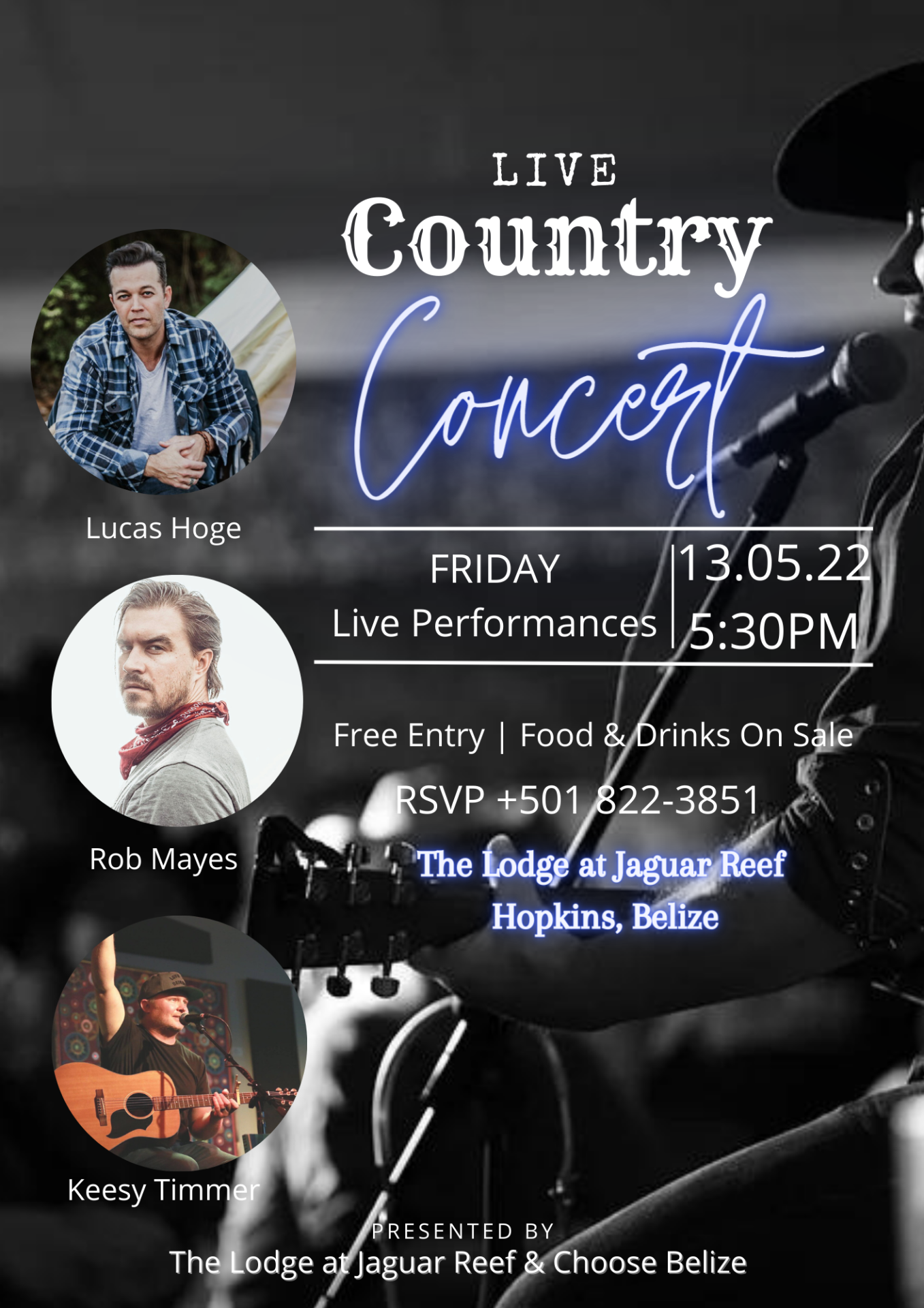 This free country concert on a beach in Belize has a lineup that includes American singer-songwriter and musician Lucas Hoge, who held the number 1 spot on the Billboard Country Album Sales chart during his debut week of Dirty South. Hoge is expected to perform his top hit, Get Lost, which has garnered more than 1 million views on YouTube; the country singer also hosts his eponymous hunting and fishing show “Hoge Wild” on Sportsman Channel.

Similarly, Rob Mayes is an American actor-turned-singer-songwriter, best known for his role in “Mistresses” and the Sundance cult classic “John Dies at the End.” His debut single Closer was released in June 2019. And to round out the line-up: Keesy Timmer. Originally from Washington State, Timmer is a country music songwriter living in Nashville, Tennessee; his song Yeah Boy went on to sell over a million copies worldwide! 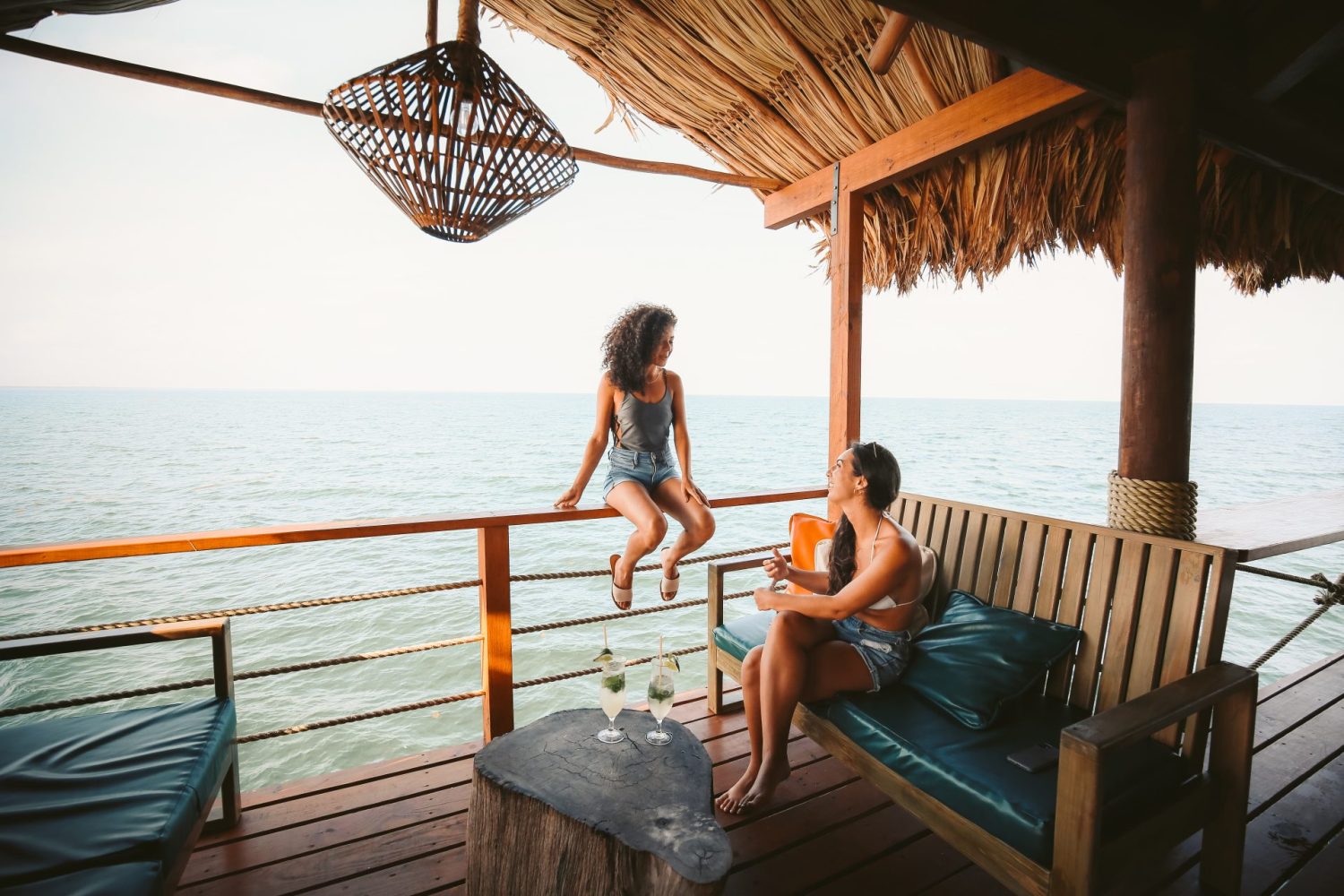 Whether in the Hopkins neighborhood to attend the free concert or not, you’ll also want to check out Big Dock Bar, the double-decker overwater attraction serving ceviche specials and craft cocktails. One thing’s for sure: there’s no shortage of new reasons to visit Hopkins, Belize in the upcoming weeks. Staying at Jaguar Reef before May 15? Feel free to say hi to Lucas, Rob, or Keesy—the Lodge is hosting all three celebs with the same Southern hospitality of Hopkins, Belize.

A Year of Alaia: Inside The First Anniversary of Belize’s Buzziest Hotel Opening

How To Start Planning for San Pedro Lobster Fest 2022

Why This Hopkins Resort Has 5 Stars on...

Why This Hopkins Resort Has 5 Stars...

Reef and Rainforest: Where To Go in...