It’s safe to say the return of travel is here. With it, highly anticipated hotels opening in the Caribbean are buckling down to make up for the lost time. On the upside, the pandemic has pushed opening dates down as it did for others—the first Marriott-branded property in Belize, Alaia, six months after its original schedule in May 2021. Margaritaville Beach Villa Resort Belize—inspired by the lyrics and lifestyle of singer, songwriter, and author Jimmy Buffett—is on track to tuck guests into plush beds on the northern edge of Ambergris Caye in just a few short months. Featuring 55 units as one-, two-, and three-bedroom fully-furnished rooms, here are five development updates to get the most discerning parrot head excited about Margaritaville in Belize. 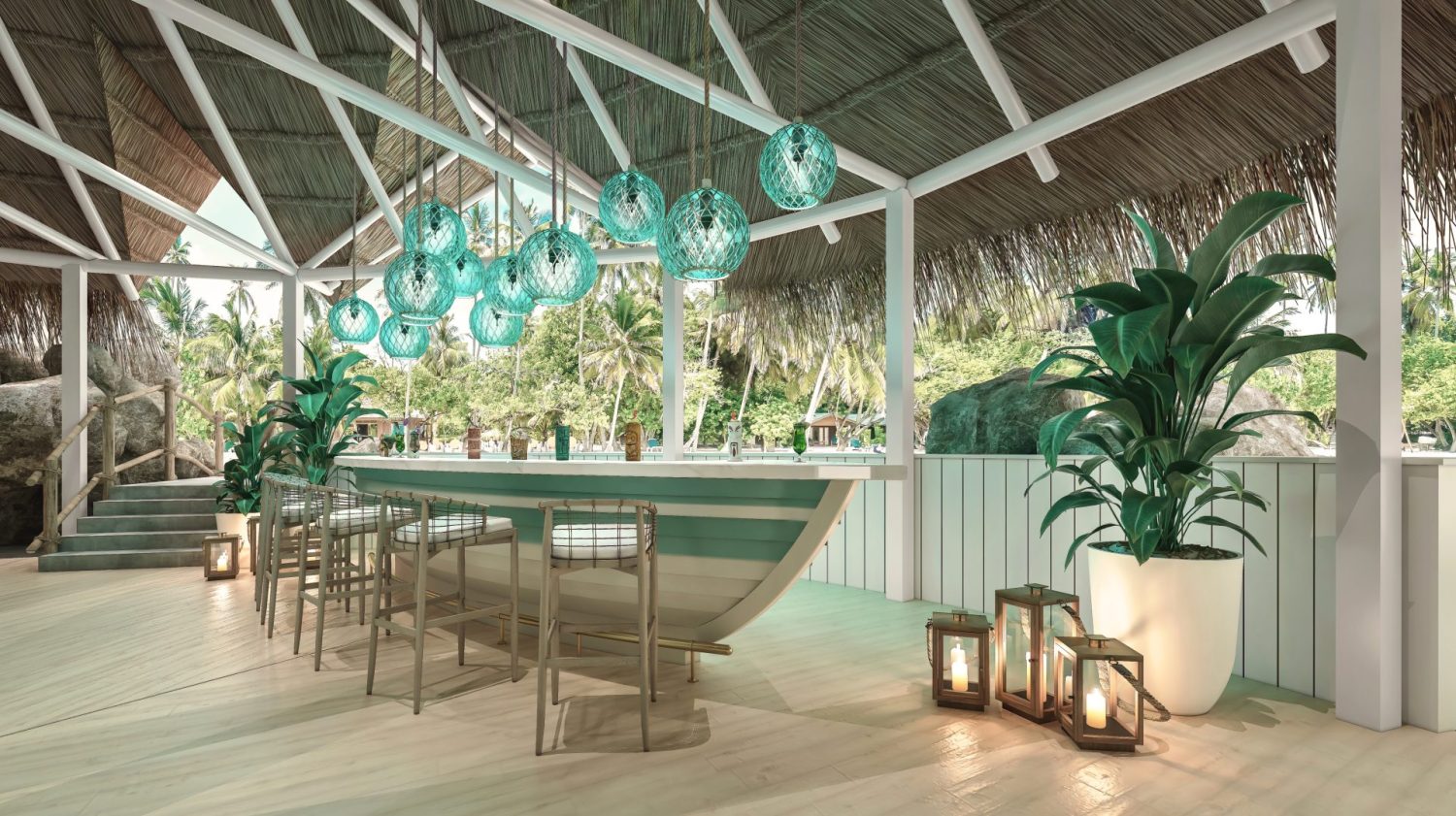 The Boat Bar inside the Lobby at Margaritaville Belize.

Margaritaville branded resorts across the globe have multiple things in common, with the design teams laser-focused on the brand’s aesthetic, using several design staples in every location. Unlike most hotel franchisors, Margaritaville is hands-on about hiring, the design firm they require, and even details such as which pillows (“100 percent goose down-proof cotton”) go on guest beds. An iconic image of all Margaritavilles? A giant pair of flip-flops at the center of every hotel lobby, rising at least 11 feet tall, is a popular photo destination for guests. Parrot heads can rejoice: Belize installed their 14-foot tall flip-flop in July 2022.

“I knew we were onto something when I was sitting in the lobby and I saw a family take a picture of themselves in front of the flip-flops,” Margaritaville Holdings CEO John Cohlan said. Of course, this happened way ahead of the Instagram era of hotels creating spaces that are visually appealing for photographing.

2. Riddles In The Sand Restaurant 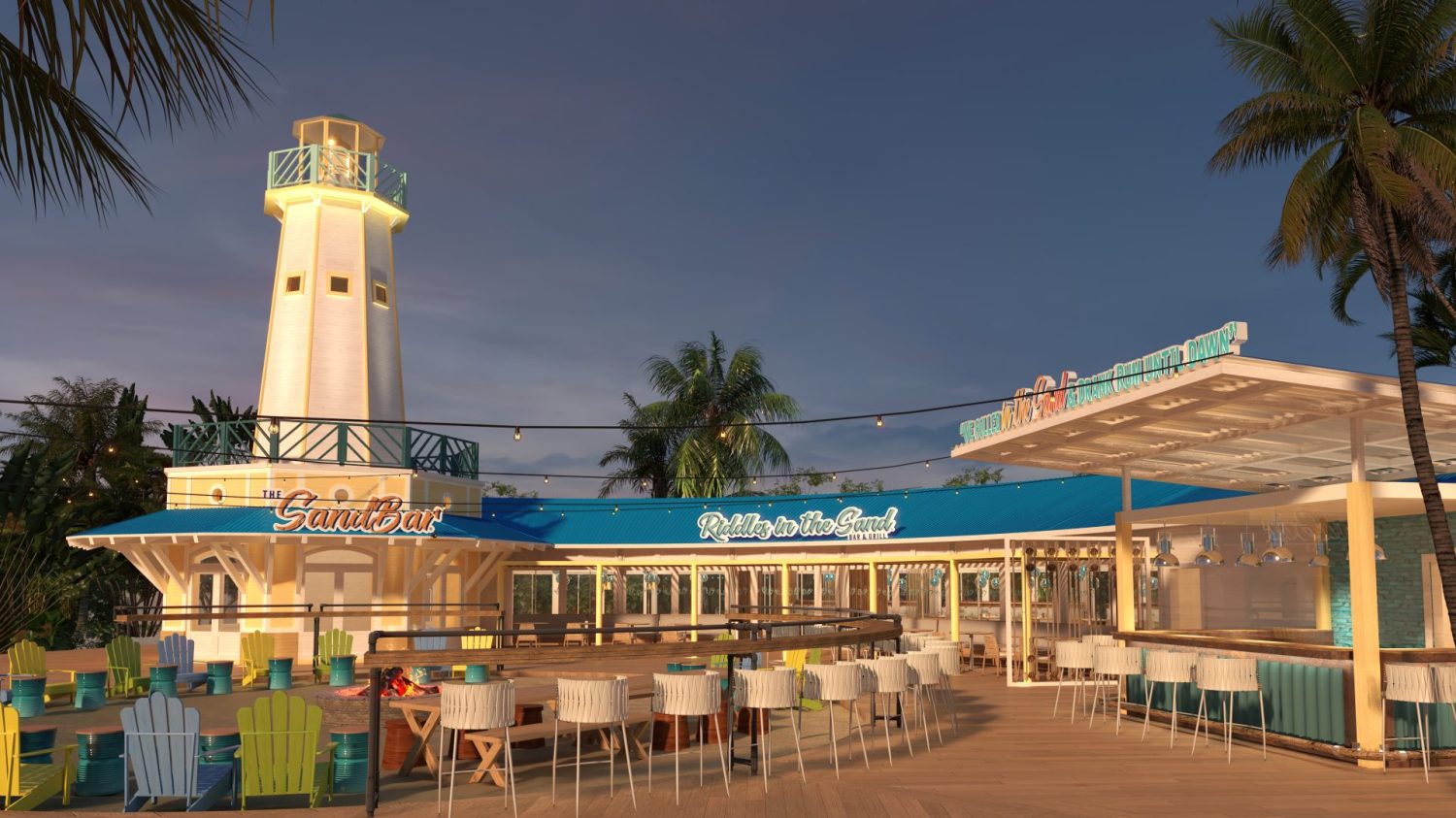 Acting as the main entertainment center, the 5,400-acre restaurant is well underway. With the deck laid and Chef’s Table along the way, guests at Margaritaville Belize can expect live music, a bar, and even a 40-foot lighthouse with a lookout.

3. A Picklebar Court on the island, at last 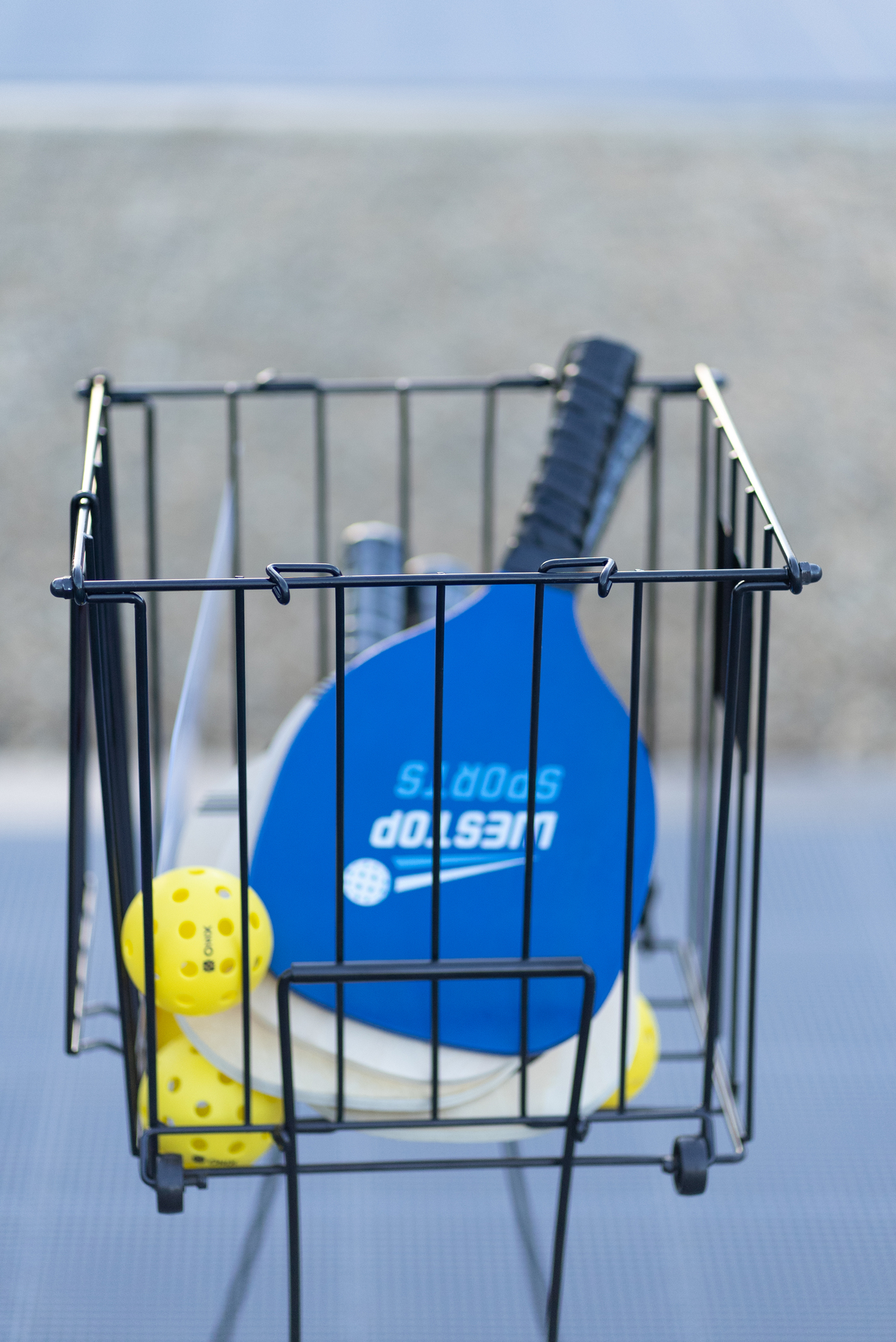 First things first: what even is Pickleball? Played with a Wiffle ball (one of those light, plastic balls with holes), it’s a cross between tennis, badminton, and ping pong. In fact, it’s reported to be the fastest-growing sport in America. And now, it’s on its way to Ambergris Caye: the first court on the island will be ready at Margaritaville’s debut. In this latest update, construction has already begun.

4.) The BBQ and Picnic Area 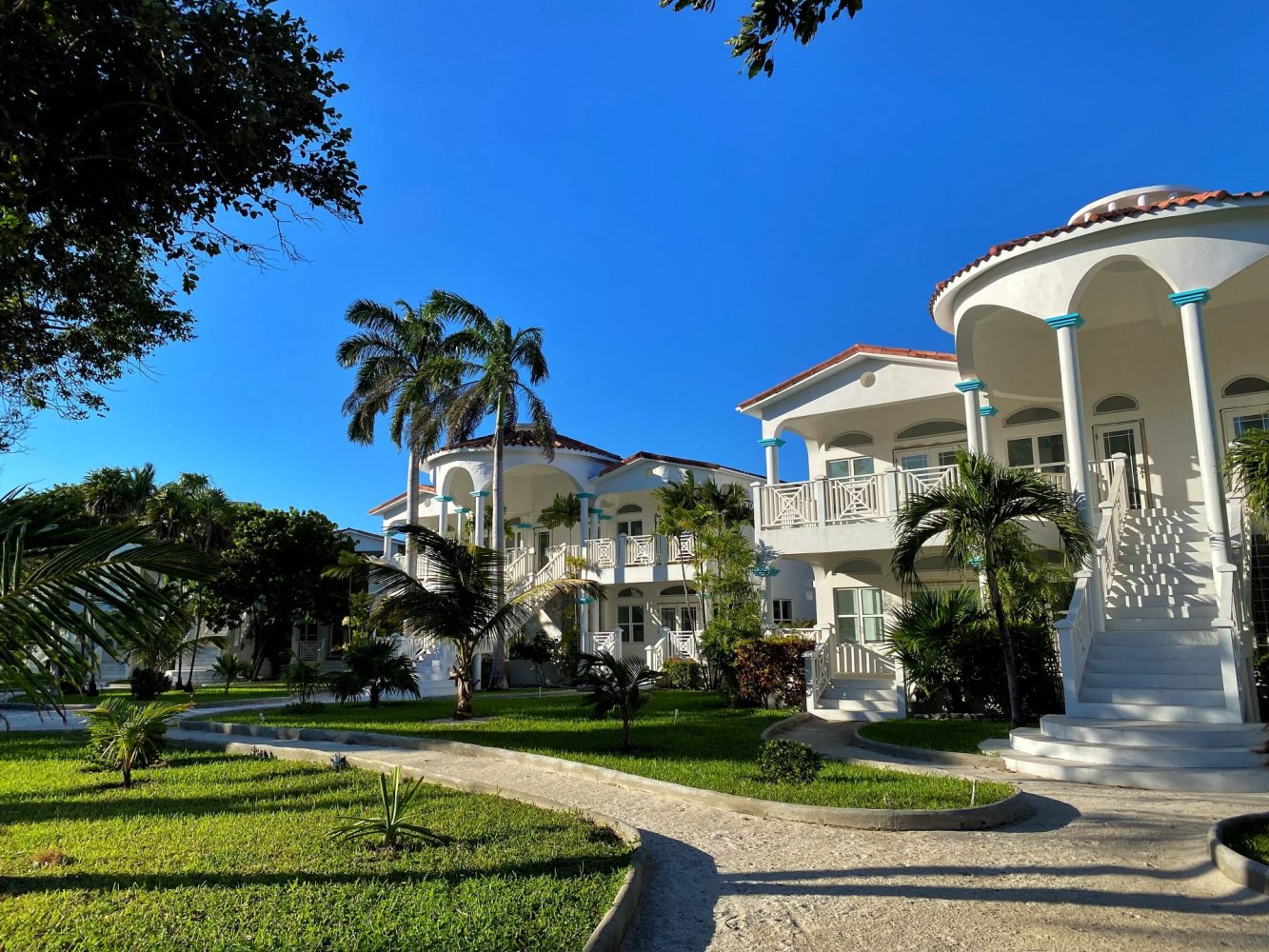 Margaritaville guests in Belize can even expect a weekly barbeque, daily cookouts by the management company, or just access to grills for their own personal use. The BBQ and Picnic Area is found central to the units amongst the foliage and is almost completed. Besides this area, Margaritaville Belize will host two restaurants and one swim-up bar.

5.) Finishing touches on the overwater St. Somewhere Spa and Gym 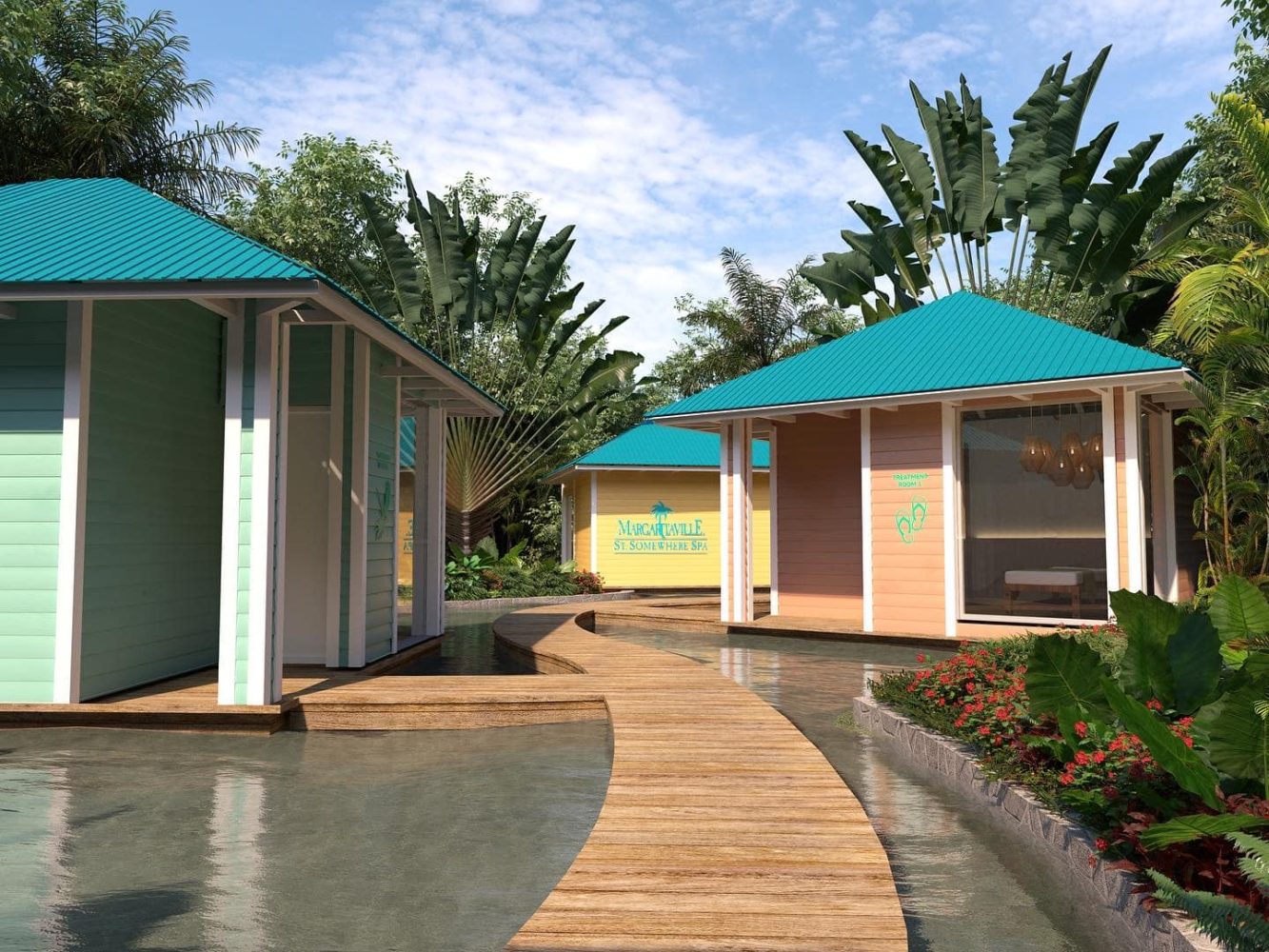 The design consists of five “floating” cabanas, hoisted over a shallow pool, for individual spa treatments at the St. Somewhere Spa. All units have been constructed with finishing details now being added.

The Margaritaville resort in Belize is a joint venture and collaboration with Karisma Hotels and Resorts – which already boasts a significant number of other luxury properties within their portfolio, with resorts in Mexico, Dominican Republic, Jamaica, and Montenegro. The property will be Margaritaville Hotels & Resorts’ first property in Belize. For more updates, follow along with Margaritaville Beach Villa Resort in Belize here.

Summer of Food: The Best Things to Eat and Drink Across Belize This Summer

What To Expect When Grocery Shopping in San...

Culture, Cuisine, Adventure: You Can Pick Your Own...