While the annual Lobster Fests in places like Caye Caulker and Placencia span for an entire weekend, the celebration offshore on Ambergris rolls for nine days with mini-events part of the ‘lobster crawl’ at participating establishments before the official block party. This anticipated event takes place this year on July 9, bringing the community together and hosting the biggest Lobsterfest food and drink competition awarding the best cooks and baristas. This is a reminder for you to save the date, as there are also deals on lobster during that day honoring this delicious crustacean. Although the block party was previously held at Central Park near the beach, the number of businesses participating each has been increasing. Now, for the sake of space, it’s taking place this year at the Saca Chispas field across from Angel Coral Street in downtown San Pedro. Here’s a look ahead at the 2022 San Pedro Lobster Fest’s Food & Drink Competition. 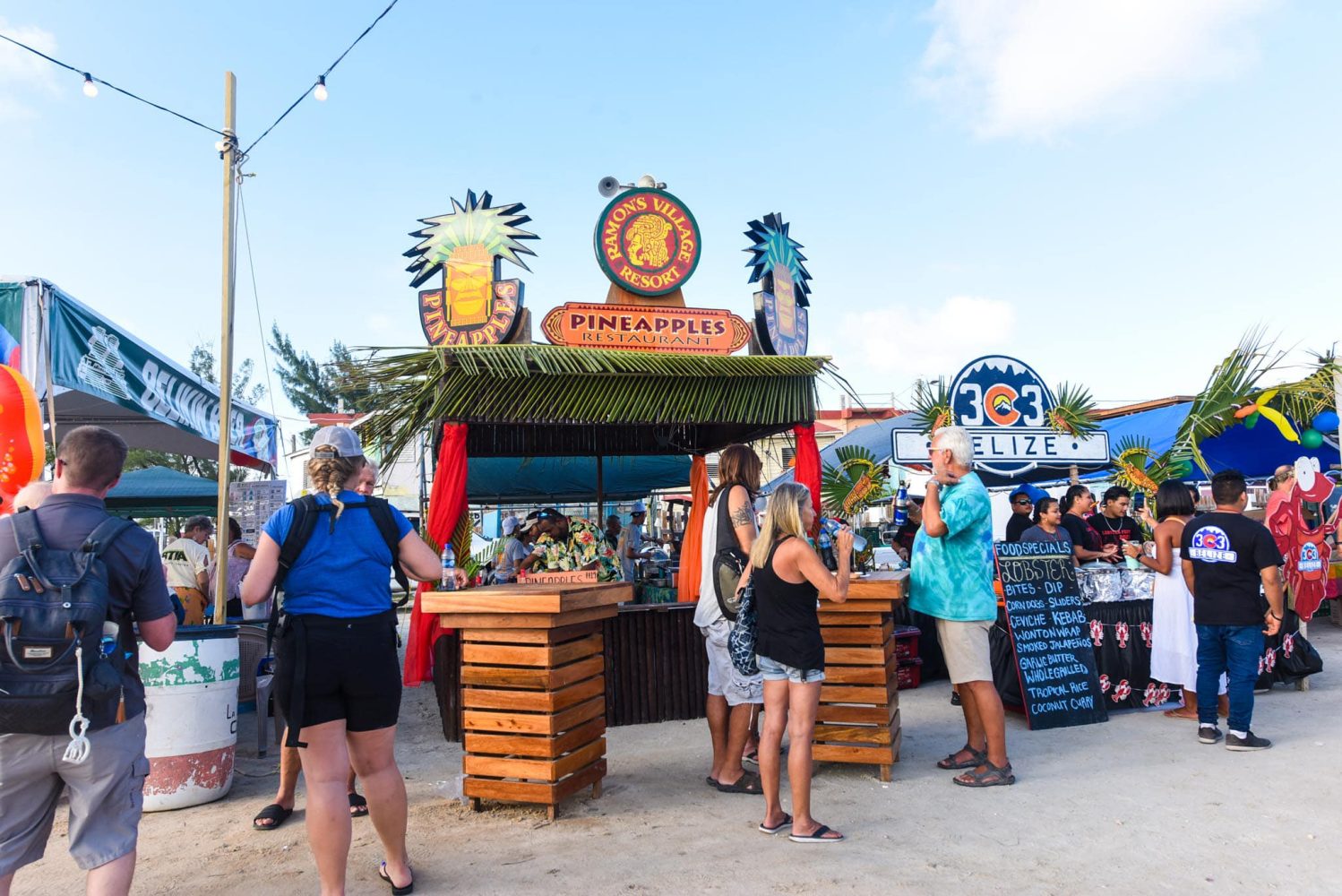 Interested restaurants must have a booth at the block party and get in touch with the Lobsterfest committee via their Facebook page to discuss their participation in the event and in the competition. Of importance, spaces fill up pretty fast. And if you are on Ambergris Caye, then the block party it’s a must. This mini fair is all about having fun, hanging out with friends, making new friends, and enjoying deals on lobster choices such as lobster pizza, mac and cheese lobster, lobster sliders and rolls, kebabs, dips, tacos, quesadillas, and the ubiquitous grilled lobster tails. Stick around to find out which is the best lobster creation of the year and make sure you get a sample! Over a dozen restaurants bring out their big guns (cooks) and try their best to impress a panel of judges by sampling each and every lobster dish that lands in front of them. Lobster-themed drink specials are also part of the race to win that prestigious recognition.

The judges usually have a hard job as the blind tasting is always full of surprises. What helps is the guidelines rating the submissions on originality, presentation, and use of lobster. The difficult task highlights the great submissions, points are awarded, and the winners are then announced.

The last time the lobster food and drink competition took place was in 2019, before the COVID-19 pandemic. That year, Sandbar Restaurant took the top prize with their sous vide lobster served with lemon and bell pepper coulis. Second place went to Nook Restaurant and Cocktail Bartique with their delicious Isla Bonita Lobster Pocket Pita. And in third, Ramon’s Village restaurant Pineapple’s Dine by The Sea won with their Lobster Zuppa Toscana submission. In the drinks category, Nook Restaurant and Cocktail Bartique won the grand prize with a drink called San Peezy Squeezie. Mesa Café, or Coco Loco’s,  took second place for their refreshing Tropical Starlight. Camo Cantina and Island Ops (no longer operating) won third place with their Miche-Lobsta drink. 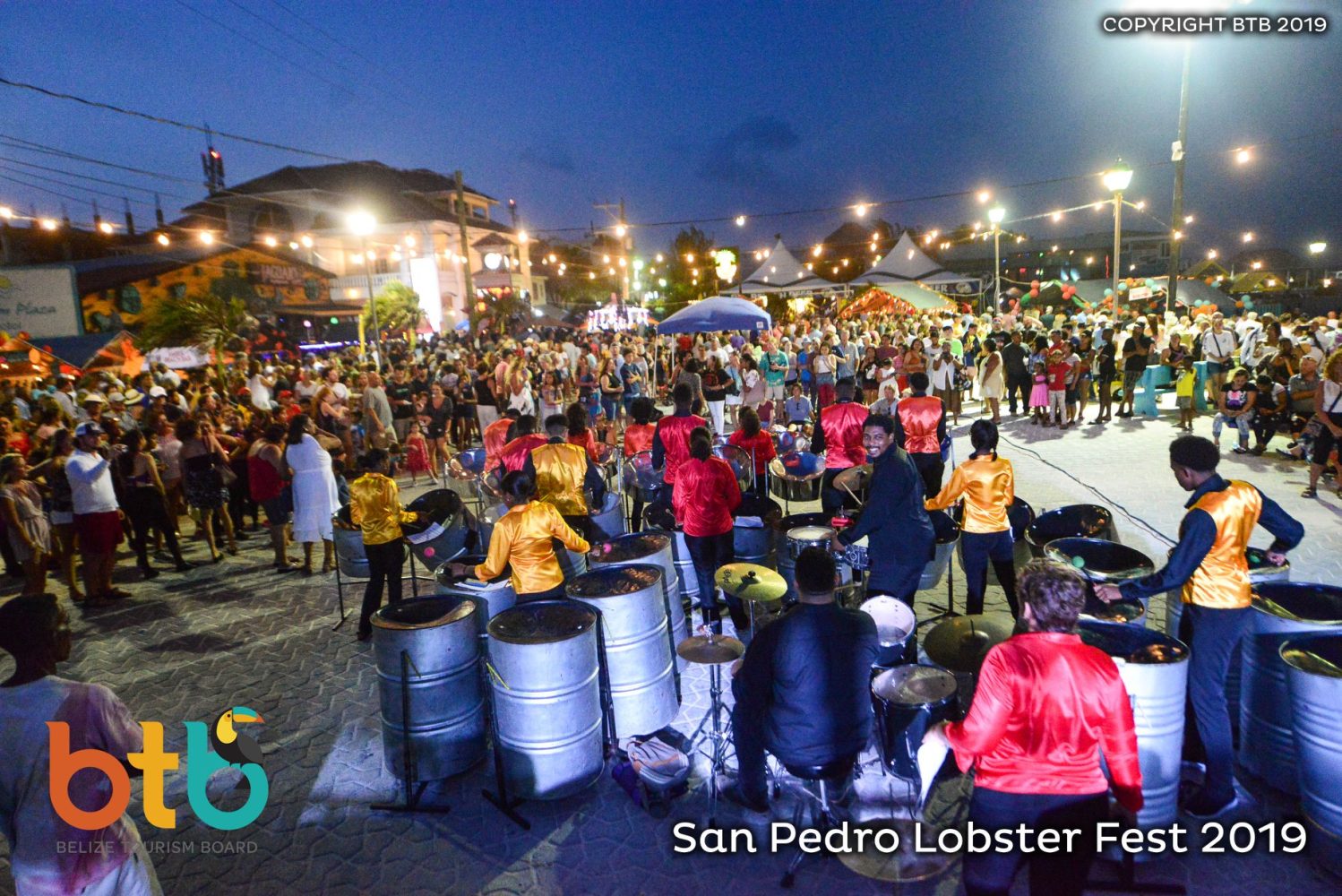 Who will be the winners this year? Make sure you don’t miss the San Pedro Lobster Fest block party to find out and eat and drink like a winner! The anticipated celebration of the spiny lobster is possible thanks to the support of the Belize Tourism Board, San Pedro Business Community, San Pedro Town Council, and Bowen & Bowen Ltd.

All images via Belize Tourism Board.

Air Canada Set For Its Belize Return in December 2022

Pamper Yourself With Wellness At the Victoria House...

Vacation With The Whole Family at La...

Treat Yourself: 5 Places To Eat In...