Getting to Belize – Flights & More

With daily flights arriving from major hubs across North America, getting to Belize was easier than ever pre-pandemic. While 12 airline carriers serve Belize via the Philip Goldson International Airport (BZE), Belize’s return to air travel on October 1 will be gradual. Additionally, the Philip Goldson International Airport (BZE) is the only international airport in Belize, located in Ladyville just 15 minutes outside of Belize City.

The Philip S.W. Goldson International Airport hosts direct flights from 19 cities in North America and Central America via nine (9) international carriers. With travel slowly and cautiously reopening in the wake of COVID-19, flying to Belize is a developing situation during the 3rd Phase of its Travel Reopening Plan.

Find an updated flight schedule of major airlines with service to Belize once Belize reopens on October 1, 2020:

Due to COVID-19, Belize’s International Airport is closed for commercial flights until October 1. Visit HERE for the latest travel advisory. 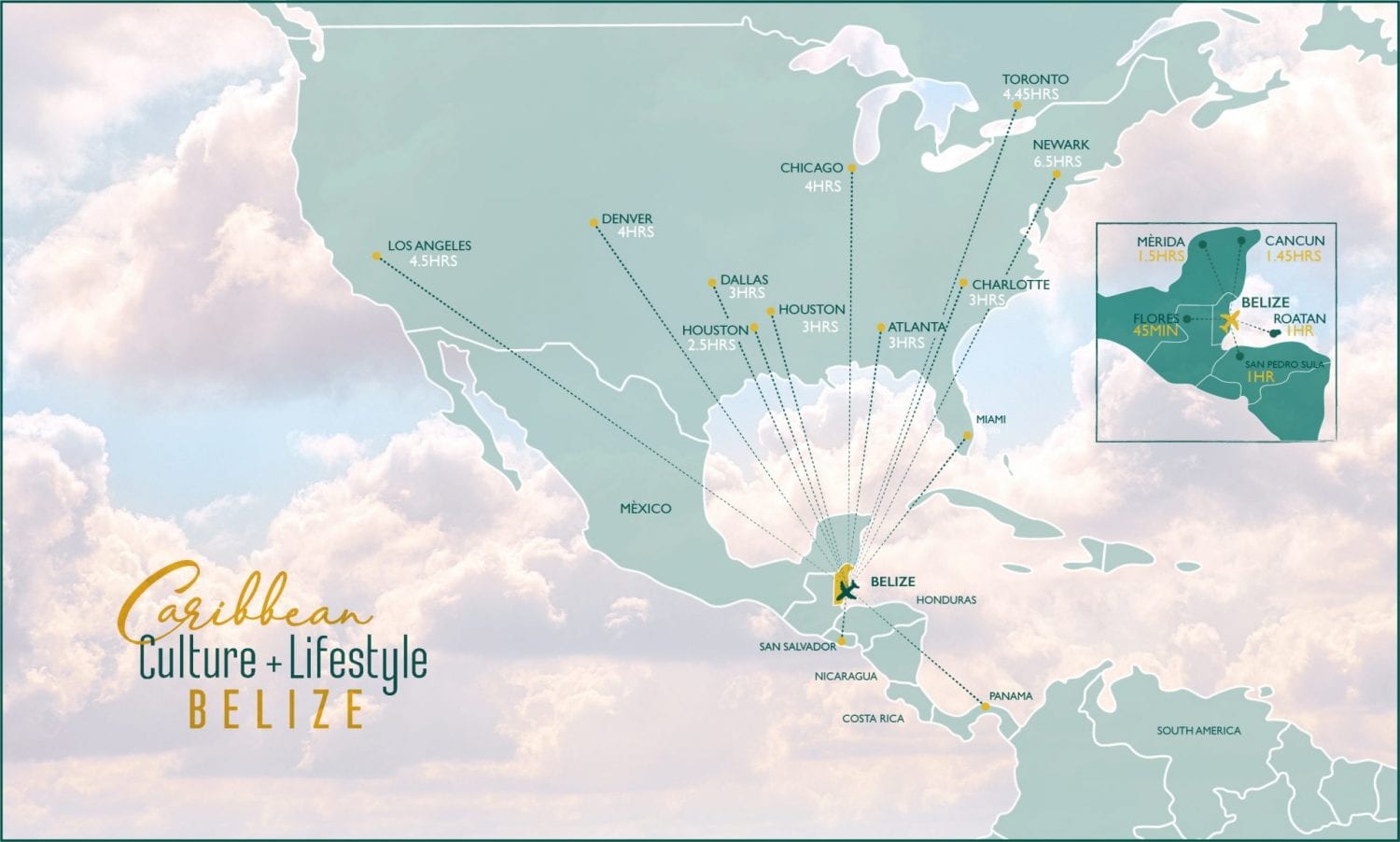 On arrival, travelers deplane via stairway directly onto the tarmac before being guided into the PGIA. Inside, travelers move quickly into immigration and customs before awaiting luggage at only two baggage carousels.

Once in Belize, there are numerous daily flights operated by the country’s two airlines, Maya Island Air and Tropic Air. Domestic airports and airfields in Belize include: 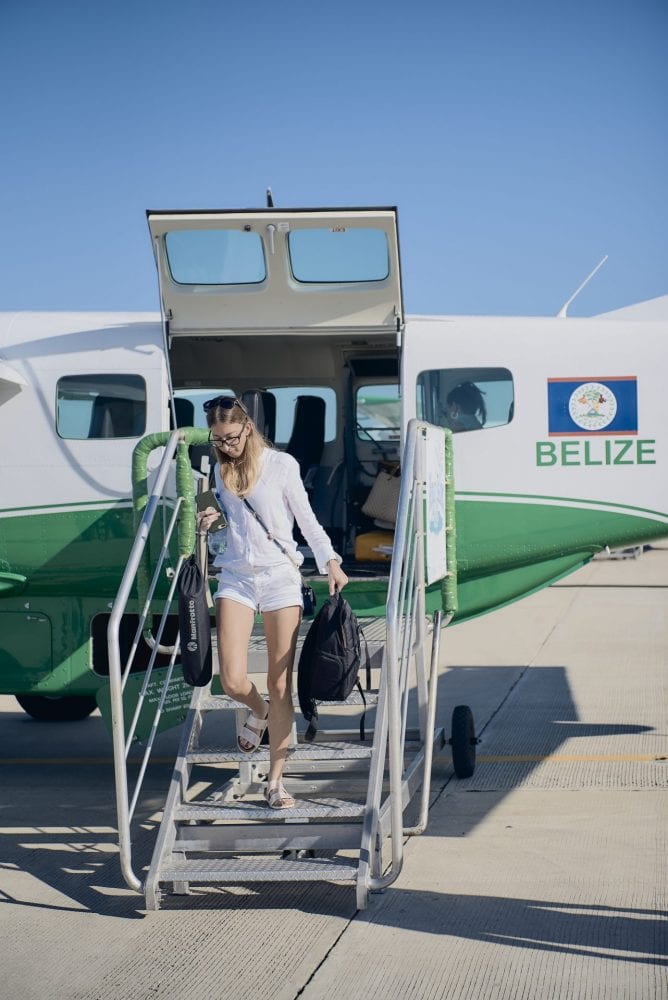 other ports of entry to belize

Getting from one end of the country to the other couldn’t be quicker! Within Belize, fly to popular destinations like Ambergris Caye, Caye Caulker, Placencia and more via domestic air carriers, serviced by smaller planes. While each destination has an airstrips with daily flights, chartered flights are available for a private commute or tour with Belize’s two domestic airlines - Maya Island Air and Tropic Air. Looking for a unique tour? Don’t miss the aerial tour of Belize’s grand wonder, the Great Blue Hole, with Maya Island Air. Or, make it extra special with a private helicopter charter.

Tiny but mighty Belize offers much to see and do in just one day, especially if you’re arriving by Cruise or Boat Ferry. Cruise arrivals to Belize City at the Fort Street Tourism Village, Belize’s tender cruise port approximately 15 minutes from ship to shore. Apart from Cruise, travelers can take a water taxi from Chetumal MX to San Pedro, Ambergris Caye via ferries, like San Pedro Belize Express. Water taxis also offer round-trip and one-way service to popular destinations like Ambergris Caye and Caye Caulker, as well as private charters.

Belize is bordered in the North by Mexico, directly by Quintana Roo and Campeche, and in the West by Guatemala, directly by Melchor de Mencos, while sharing maritime borders in the South with Honduras. Travelers can enter Belize via private vehicle or daily service from bus providers, like ADO and Fuentes del Norte. Read more on entry and visa requirements here, which apply across the board for all of Belize’s borders. While in the country, getting around by bus between districts and cities is easy -- whether by a direct route (express) or with stops (regular).

Belize Remains One Of The Easiest Caribbean Countries To Visit During The...

Travel to Belize & Coronavirus Testing: All Your Questions Answered

What To Know About Crossing Belize’s Land Borders, Now Open For Tourists

The Five Species of Big Cats in Belize

Belize Is Where Americans Can Enjoy A Quick...