In early colonial days, settlements were carved out of the forest and the mode of transport was on horseback.  In the 1800’s settlers were a mix of English, some U.S. ex confederates, loggers, cane farmers, chicleros, Mestizos and native Maya Indians. There were no passable roads; the rivers were the highways. The Mahogany Industry depended on the rivers in order to float their logs from bush to lumber yards in Belize City. Small dugout canoes called doreys were used. It wasn’t until 1925 that the first road was built, linking the districts with Belize City. 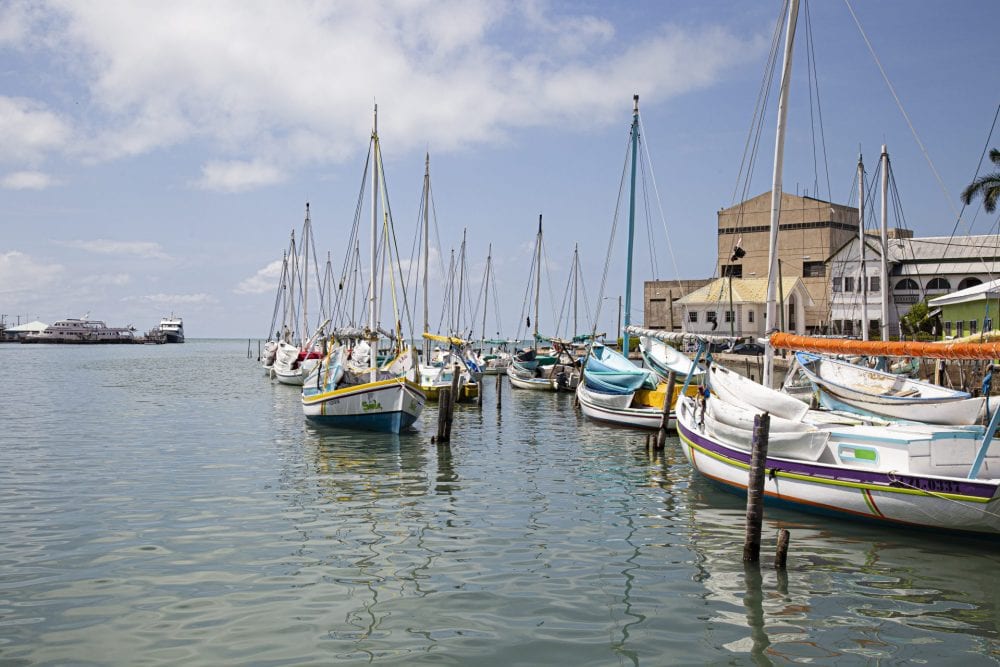 Consequently, travel overland was arduous and slow. Near 1875, with the advent of the steam engine, larger vessels were built and brought to the colony by the English governors, thereby transforming travel and trade. The first to run a regular route was a vessel called, “The Pioneer”.  It ran between Belize City, Orange Walk, and Corozal, with stops at the villages along the way, carrying passengers, cargo, and mail.

Then, the year 1900 marked the beginning of the golden age of the northern steamers. These vessels were privately owned, usually 114 feet with twin engines. The best known in 1914 was “The Star”(a two-decker) equipped with ten cabins and with room for forty deck passengers. In 1920, “The Star” carried fifty men of the Volunteer Guard into Belize for a shooting competition. It took a day and a half to reach Belize City.

Besides carrying mail and passengers, the river steamboats brought in to Orange Walk rice, boxes of condensed milk, drums of oil, kegs of butter, candles, salt, flour, barrels of pork and pigtail, and (carefully packed into barrels) bottles of Chavannes lemonade, the name for all flavors of soft drinks in those days. Hence the name “Afri-Kola” for the cola beverage. It then carried back to Belize City: chicle in blocks (each stamped with the owner’s initials), corn in sacks, green avocados and ripe pineapples, oranges, bananas, and watermelons from San Estevan. From the mill of J.W. Price (a former confederate from New Orleans), came brown sugar in 100-pound sacks. From Caledonia came pigs, alligator skins, bundles of tobacco leaves.  And from the Gonzalez distillery, came fifteen and twenty-five-gallon casks of “Taste-Tells” rum.

Around the mid-1920’s the first road to Belize City was constructed, and it was only a matter of a few years before these romantic steamers were replaced by trucks.

Belize Loves Canadians, Which is Why You Northerners Must Visit!