Chan Chich (Little Bird in Mayan), is a prime example of private conservation efforts in Belize, as far back as the 80’s.  It is different because, although privately owned, it serves the purpose of preserving the ecology and wildlife of the northwestern part of the country. It boggles the mind that a modern jungle resort sits smack in the middle of 30,000 acres of wilderness, surrounded by half a million acres of conservation lands. Here the wildlife opportunity is believed to be the best in the Americas.

Here you will feel like the explorers of past centuries, setting out to find architectural and natural wonders of the ancient Maya preserved in the jungle. In addition to the abundance of wildlife, you may even get a chance to see the elusive jaguar in its ‘home’.

Chan Chich has a fascinating back story, with the late Sir Barry Bowen at its center. He had a vision without which Chan Chich would not exist. In the decades before our Independence of 1981, the Belize Estate and Produce Company had been exploiting Belize’s valuable chicle and hardwood for export. Sir Barry Manfield Bowen K.CM.G., a seventh-generation Belizean entrepreneur, purchased the holdings of the B.E.P. Company. In order to survey his purchase, Sir Barry led an expedition into the then remote, practically inaccessible jungle of northwest Belize.

In the company of a former chiclero named Tenico, they came across an old chicle camp. Tenico recognized it as a long-forgotten site called Santa Maria. Tenico led them to a creek nearby which he knew as Chan Chich. This spot featured jungle-covered hillocks, similar to those found at other ancient Maya ruins. They set to clearing the brush and uncovered an archaeological site that had never been documented.

Realizing that the Mayan temples and burial sites would be vulnerable to tomb raiders, Sir Barry had the idea for a conservation-focused lodge.  Since the lower plaza formed the center of this jungle-covered wonder, official approval to develop Chan Chich Lodge from the Department of Archaeology was applied for and granted. In the on-site digging process, ultimate care was taken to assure that construction was not damaging in any way. The vision was not only that the lodge would keep looters away, but also put a stop to the hunting of “trophy” animals that had been prevalent in previous decades in northwest Belize. 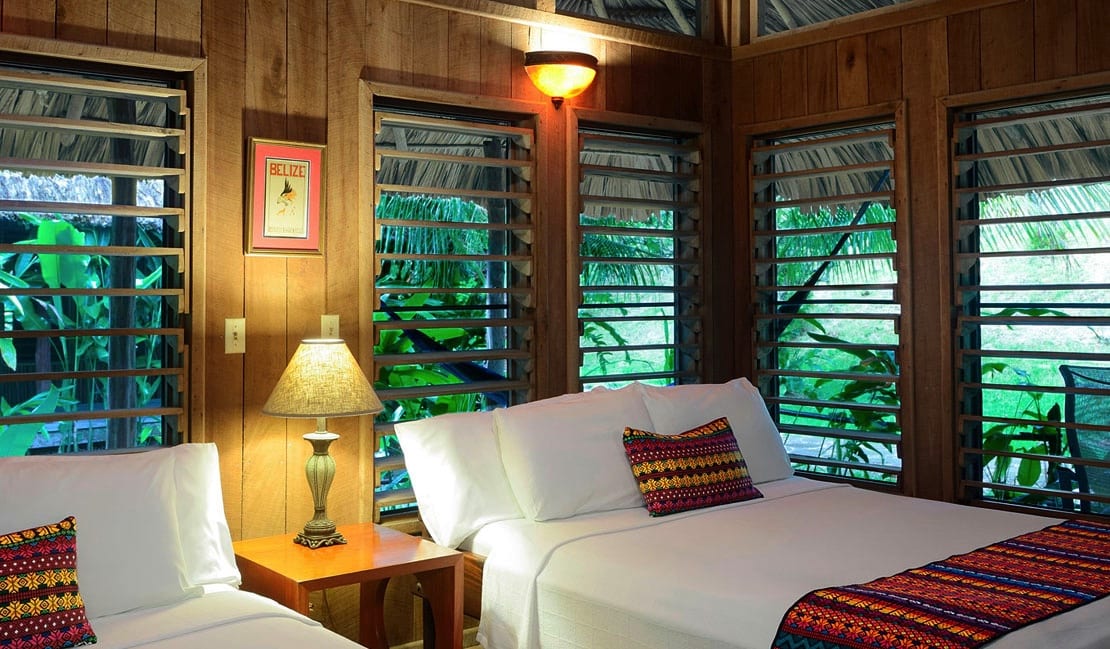 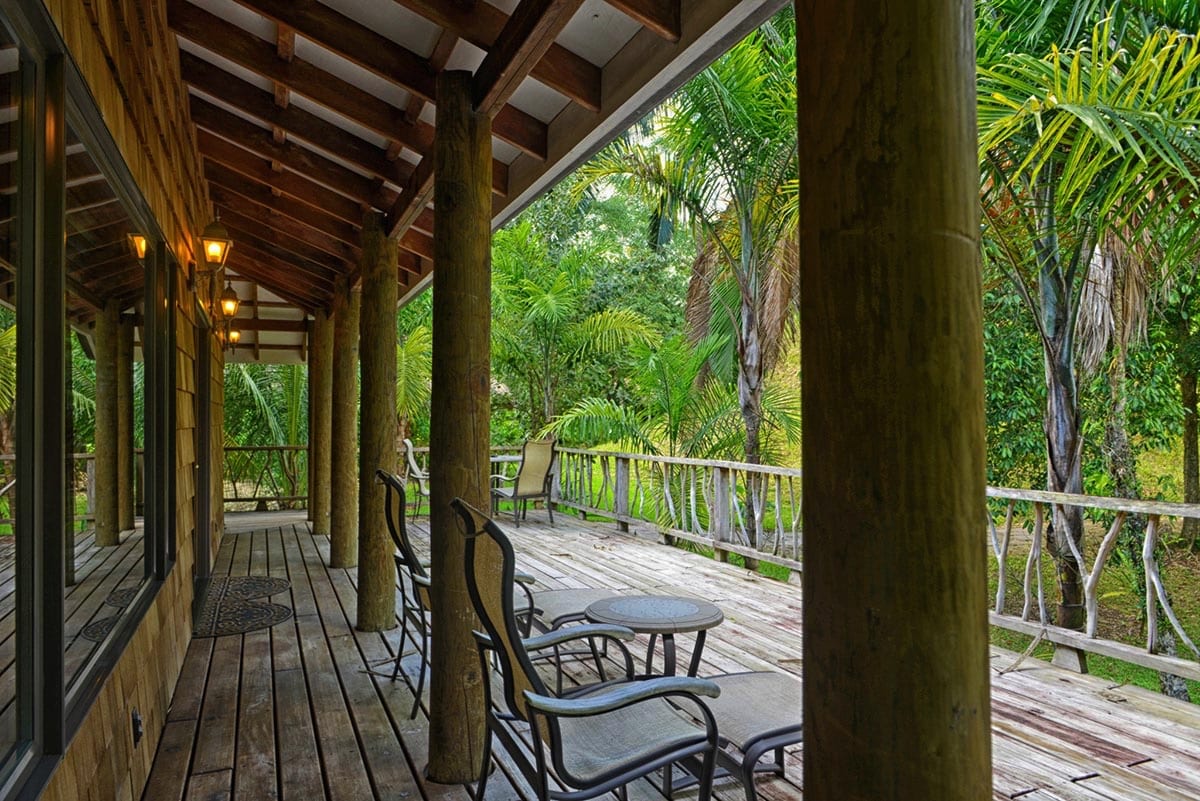 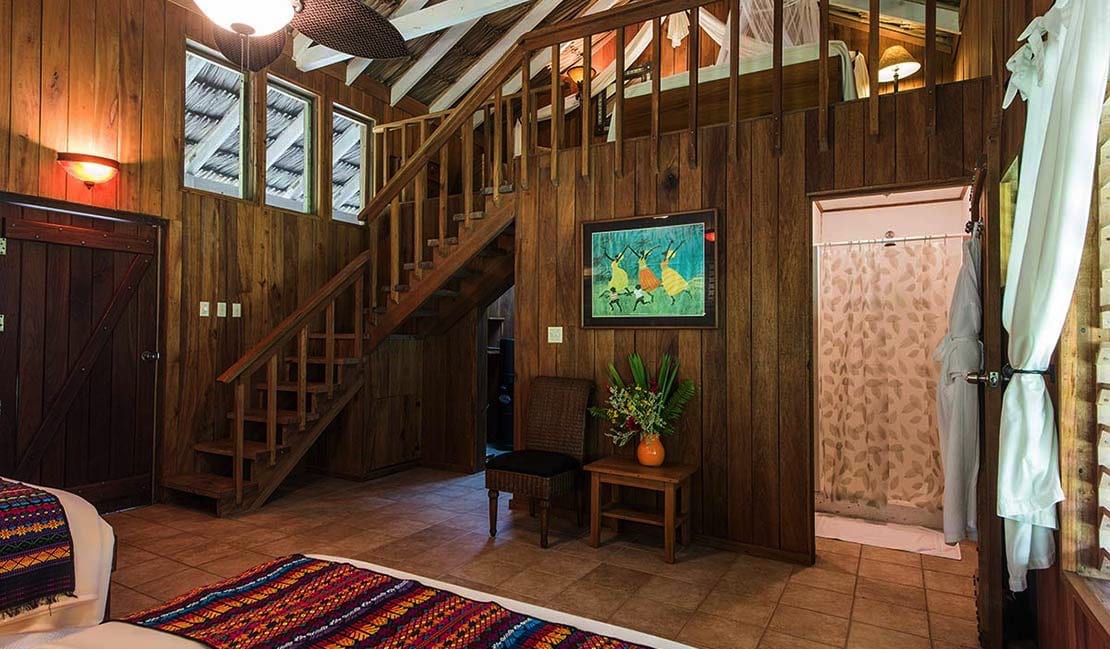 The lodge was constructed using the very palms and trees harvested during the clearing of fields. Thatched rooves of the cottages were made following the architectural process of the Ancient Maya. All doors, beds, and window frames plus all the finished milling were done at Chan Chich.  Extensive hiking trails were carved out and carefully maintained.  The lodge itself has a screened-in swimming pool, a restaurant offering excellent cuisine, a fully stocked bar, and perhaps, most importantly a trained and especially hospitable team of Belizean staff.

All these ingredients enable Chan Chich Lodge to host conservation-minded travelers with this style of comfort and convenience, not expected in such a remote spot. Chan Chich Lodge opened on December 4, 1988, with seven adventurous visitors ready and willing to venture into the unexpected. Besides, each guest will be directly contributing to Chan Chich’s commitment to protecting the natural and cultural patrimony of Belize.

Chan Chich is located on the border of Cayo & Orange Walk in the Gallon Jug area.

The Bowen family, seeking to foster conservation among its neighbors, among other strategies, donated 10,000 acres of their Gallon Jug Estate to the Rio Bravo Conservation and Management area.  It is an extension of Chan Chich, to the north of Gallon Jug known as Program for Belize.  It has grown to 260, 000 acres. Additionally, 200,000 acres of land surrounding Gallon Jug is dedicated to following forest management practices certified by the Rainforest Alliance through the Forest Stewardship Council.  Overall, Gallon Jug today is at the center of several hundred thousand acres of wilderness where native species, notably the jaguar and tapir are able to roam free and thrive. Chan Chich has also become one of the primary bird-watching lodges in the world.

Is Belize Worth Visiting? | Visit Belize in 2020

Why Chabil Mar Belize Is An Oceanfront Boutique...