Canada’s major airlines are suspending all flights to the Caribbean and Mexico from Sunday Jan. 31 to April 30, Prime Minister Justin Trudeau said today. The Canadian Government came to an agreement with major carriers Air Canada, WestJet, Sunwing and Air Transat. Additionally, the Prime Minister also said that starting next week, all international flights will be allowed to land only in Vancouver, Calgary, Toronto and Montreal, and that, “as soon as possible,” all passengers will have to take a PCR test after arriving in Canada. Arriving passengers will then have to wait for test results for up to three days at an approved hotel. Trudeau said those stays will cost $2,000.

And in February, there will be a second mandatory COVID-19 test for arriving passengers. If a passenger tests negative they can go home for the rest of their 14-day quarantine, where there will be extended enforcement. However, anyone who tests positive will have to spend the rest of their quarantine at a government approved facility, the PM said. Trudeau also said mandatory testing is coming to Canada’s land borders; details will be laid out in the coming days.

Earlier this month, the federal government implemented stricter travel measures requiring all air travelers bound for Canada to present a pre-departure negative COVID-19 test in order to fly. Tests must be taken within 72 hours of a scheduled flight. 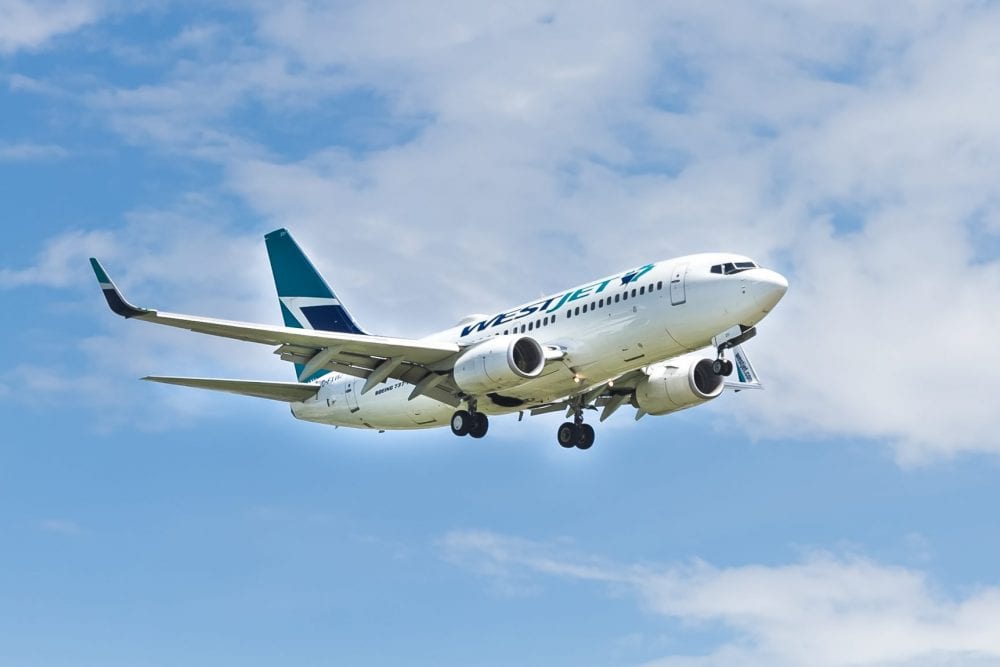 The WestJet Group today announced it would temporarily cease international flying to 14 sun destinations in Mexico and the Caribbean in response to a request from the Government of Canada.

“The government asked, and we agreed,” said Ed Sims, WestJet President and CEO. “While we know that air travel is responsible for less than two per cent of cases since the start of the crisis, and even less today, we recognize the Government of Canada’s ask is a precautionary measure. We also note that the overwhelming majority of quarantine exemptions, well over 90 per cent in fact, are connected to land borders and not air travel. We have responded to their request and will suspend service to destinations in Mexico and the Caribbean.”

Effective Sunday, January 31 at 12:01 a.m. ET, WestJet will suspend southbound operations to the following destinations until April 30. Over the subsequent two weeks, WestJet will work to bring our guests already in destination back to Canada.

Through its Safety Above All program, the WestJet Group has implemented extensive safety measures since the start of the pandemic and as a result, there have been no documented cases of person-to-person transmission onboard the airline’s flights.

“The pandemic has had devastating impacts on our hard-working people, and they have made tremendous sacrifices throughout,” continued Sims. “The government recognizes how uniquely hard hit our industry has been and has acknowledged our efforts to curb the spread of the virus. We note their words of support for our airline as a strong partner in the fight against COVID-19.”

For guests with travel booked during the impacted period, WestJet will proactively notify them of their options.

Source: Global News with files from The Canadian Press