How Clean Is The Air Really on Planes?

How do you measure pandemic pessimism among travelers? The evidence is in the air—or not in the air, to be precise. At the pandemic’s peak in the U.S., there was a 96 percent reduction in air travelers; this figure shifted to a 73 percent reduction by mid-summer. According to a poll of transportation engineers, air travel figures in the U.S. are predicted to remain at 50–70 percent capacity a year from now. But take a deep breath. Here’s some better news: High-tech filtration and low-tech masks are making flying safer than you think. “The air you breathe in flight—though not necessarily entirely virus-free—is much cleaner than the air in restaurants, bars, stores, or your best friend’s living room,” reports Johanna Read. 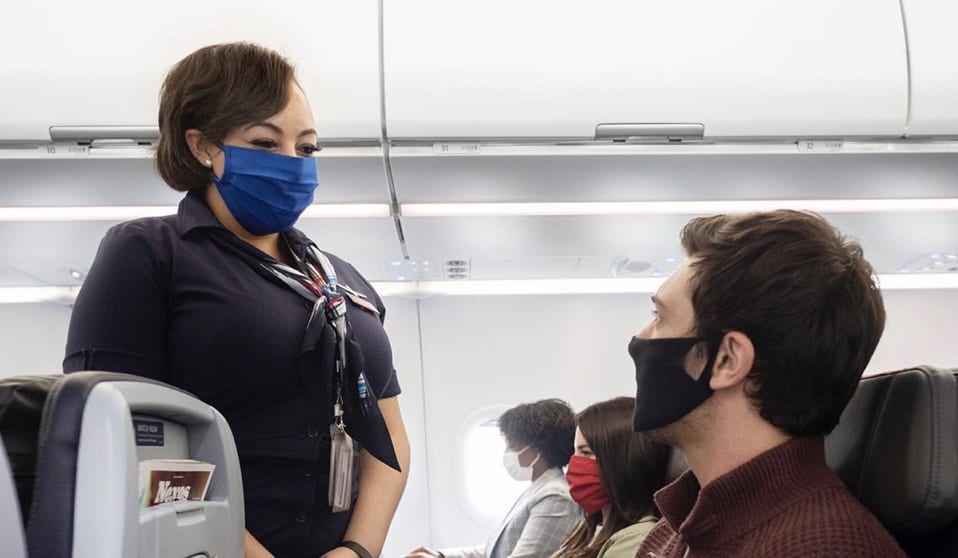 On most passenger planes, about 40 percent of a cabin’s air gets filtered through a HEPA (High Efficiency Particulate Air) system; the remaining 60 percent is fresh and piped in from outside the plane. “Cabin air is completely changed every three minutes, on average, while the aircraft is cruising,” says Dr. Bjoern Becker of Lufthansa. While the exhaled globs that carry SARS-CoV-2 can be quite small, HEPA filters effectively remove the vast majority, rendering air that is 99.97 percent purified. Sounds clean! But good technology cannot neutralize bad behavior.

“There’s evidence that mask wearing both protects those around you and reduces the chance that you’ll get infected yourself.”

In the U.S., there’s no law requiring air passengers to wear masks. However, each U.S. airline has implemented its own rules (here are American’s, Delta’s, and United’s). As of mid-August, it seems that Alaska Airlines is being the most vigilant of U.S. carriers about mask wearing, according to Read. And only a handful of U.S. carriers (Delta, Alaska, Hawaiian and Jet Blue) have pledged to keep middle seats empty.

Another hurdle: how clean the air on the ground is remains suspect. “The biggest risk when flying just might be the airport, boarding, and take off/landing experience. Keeping that six feet (or more) of social distance while getting to your gate, into your seat, or deplaning is probably more important than anything else you can do (except covering your face),” says Read. “Turns out the best way to make the skies friendlier right now is to cover up your smile.”

The 75 Countries Americans Can Travel To Right Now, Including Belize