The Duke and Duchess of Cambridge are officially in the Caribbean! Prince William and Kate arrive in Belize on March 19, 2022. Embarking on a week-long Caribbean tour as their first official visit to the region, Prince William and Kate Middleton’s visit to Belize, starting this afternoon, marks the monarch’s Platinum Jubilee year: 70 years of Queen Elizabeth’s rule on the throne. Deplaning the British government RAF Voyager jet with a 15-strong entourage and U.K. media by the score, the welcome ceremony on the tarmac of the Philip Goldson International Airport included both Belize and Britain’s national anthems, a 21-gun salute to the couple from three miniature cannons, and representatives of Belize’s military. Belize gained independence from the United Kingdom on September 21, 1981; prior, Belize was a British Crown Colony since 1862.

A Warm Belizean Welcome To The Caribbean for The Cambridges 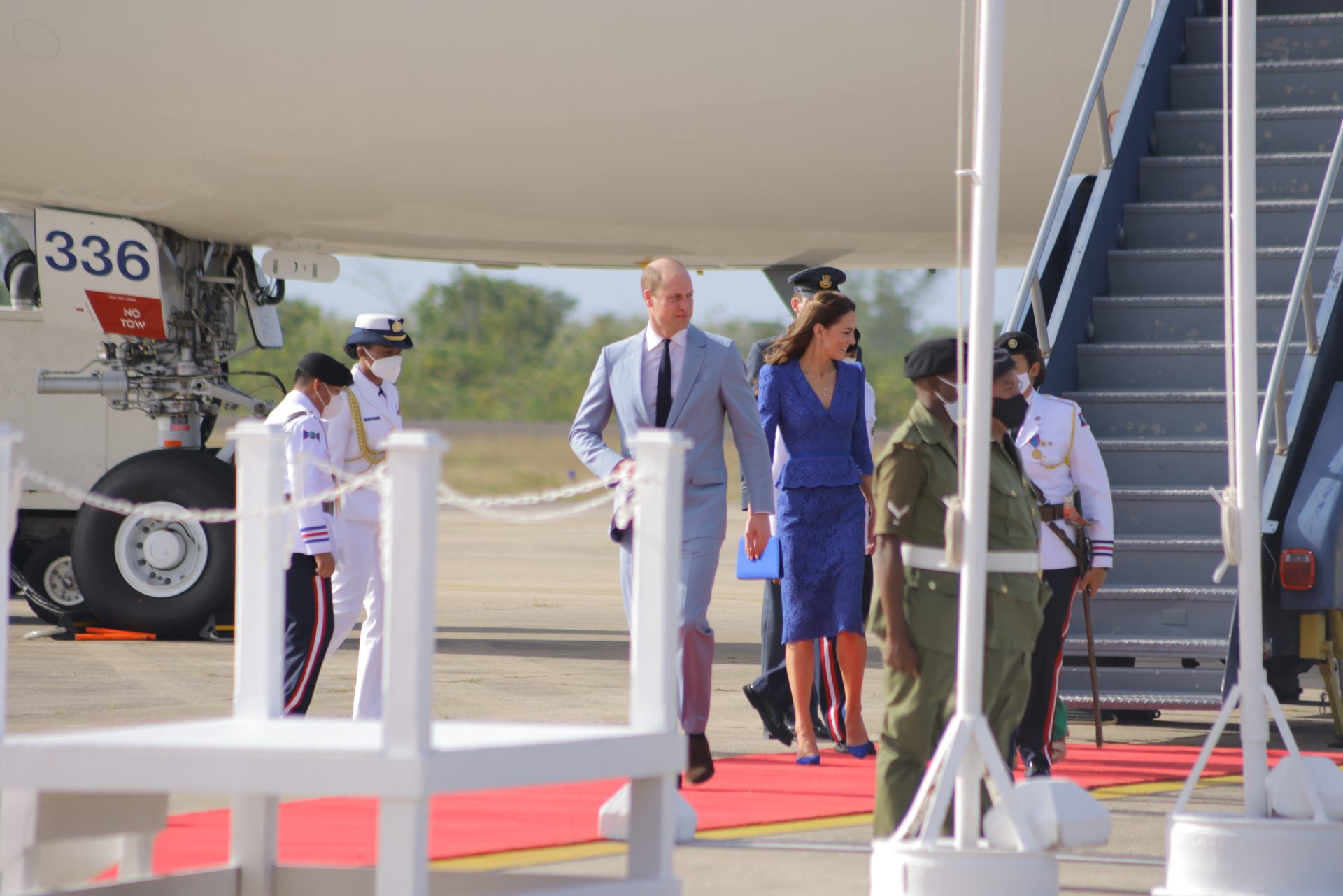 Both bright in shades of blue in honor of Belize’s flag which encompasses more than 63 percent of royal blue, Prince William and Kate were greeted by the Governor-General of Belize, Her Excellency Froyla Tzalam—Her Majesty’s representative in Belize.

A post shared by Duke and Duchess of Cambridge (@dukeandduchessofcambridge)

The Belize Defence Force formed a guard of honor to greet the royal couple and, after military tunes were played by the unit’s band, William inspected the personnel. 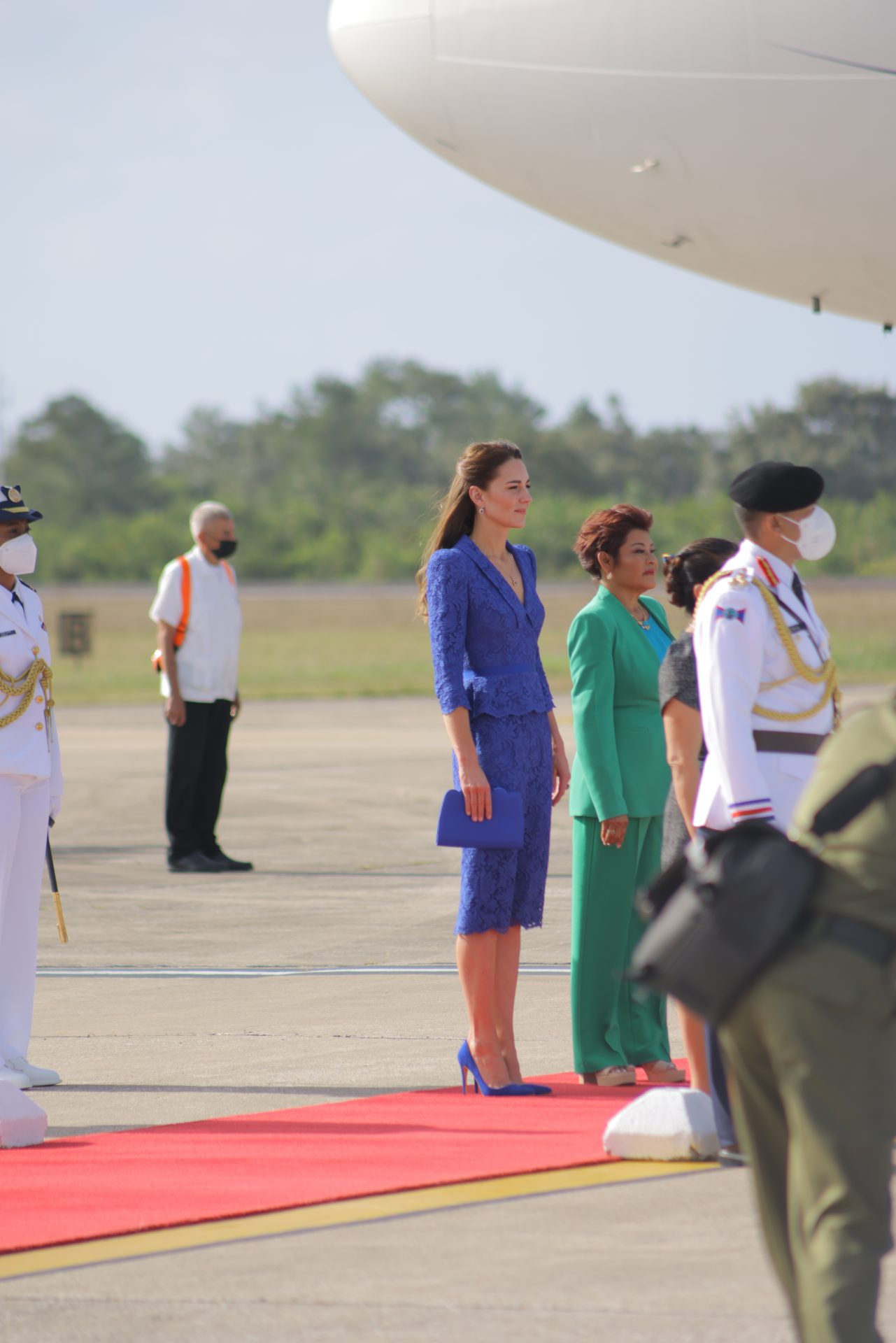 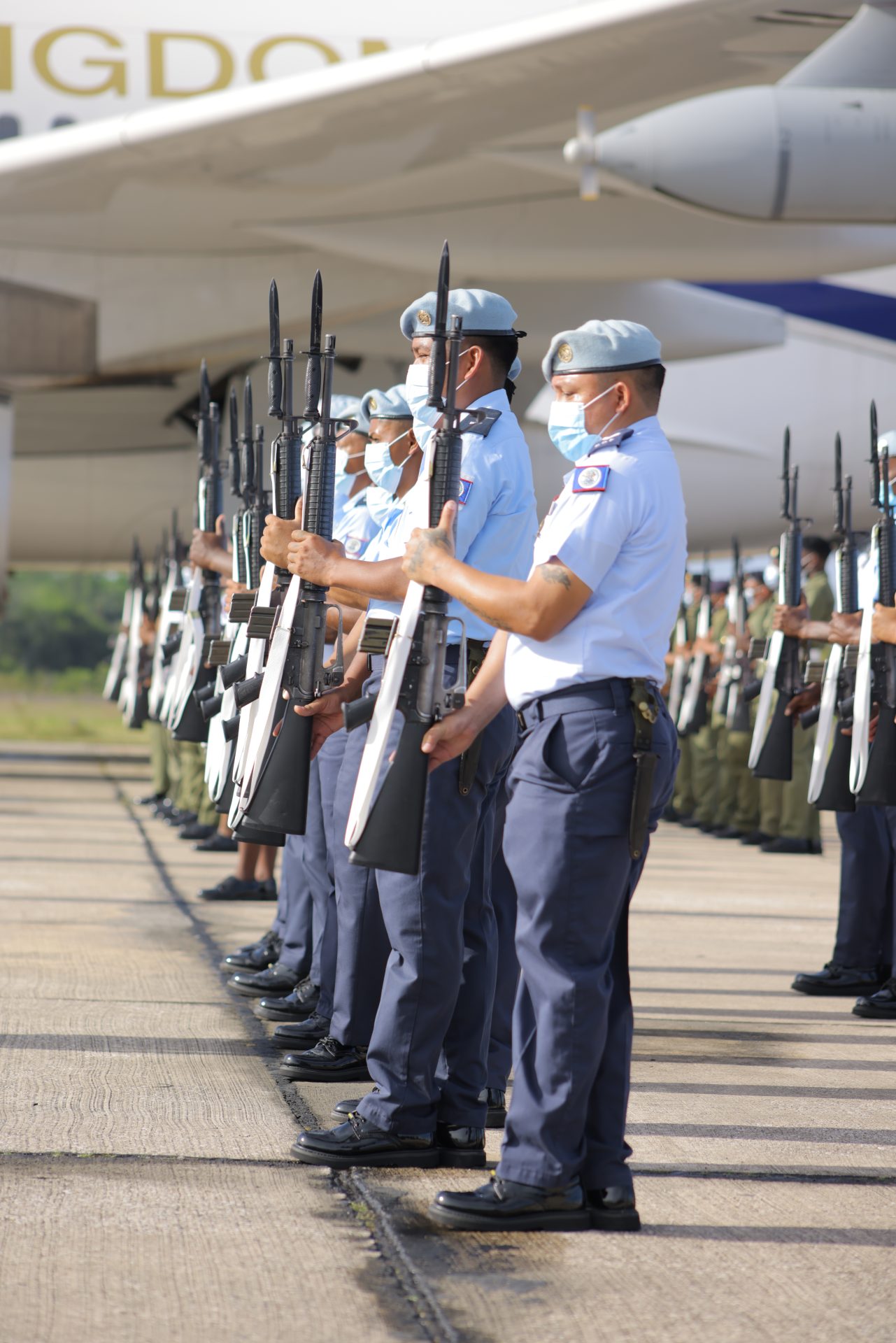 Tomorrow’s itinerary is a visit to a cacao farm in Southern Belize, culminating with a Garifuna festival of culture on the beach and a conversation with Belizean conservationists. The couple is due to stay in Belize, formerly British Honduras, until Tuesday morning. Thereafter, the Cambridges head straight to Jamaica and then the Bahamas to culminate their first official Caribbean tour.

The Coolest Way To See The Blue Hole in Belize? Spoiler: It’s Not On A Boat

A Year of Alaia: Inside The First Anniversary...