Airports are beginning to fill up with people again and airfares are going up due to pent-up demand for vacation travel. Scott Keyes, founder of Scott’s Cheap Flights and author of “Take More Vacations,” said America hit 1.5 million air travelers since the COVID-19 pandemic began about three weeks ago. Since then, that number was hit nine more times. “The pent-up demand right now is unlike anything we’ve ever seen,” Keyes said.  According to Keyes, traditional destinations like Hawaii, Puerto Rico, Cancun as well as international locations like Iceland and Belize have seen a significant amount of interest recently. If you’re thinking of taking a Belize vacation in 2021, don’t wait until the last minute!

“Internationally, Iceland and Belize are two real hotspots, these are places that have said that Americans who are fully vaccinated can visit there without any without any testing or quarantine requirement.” 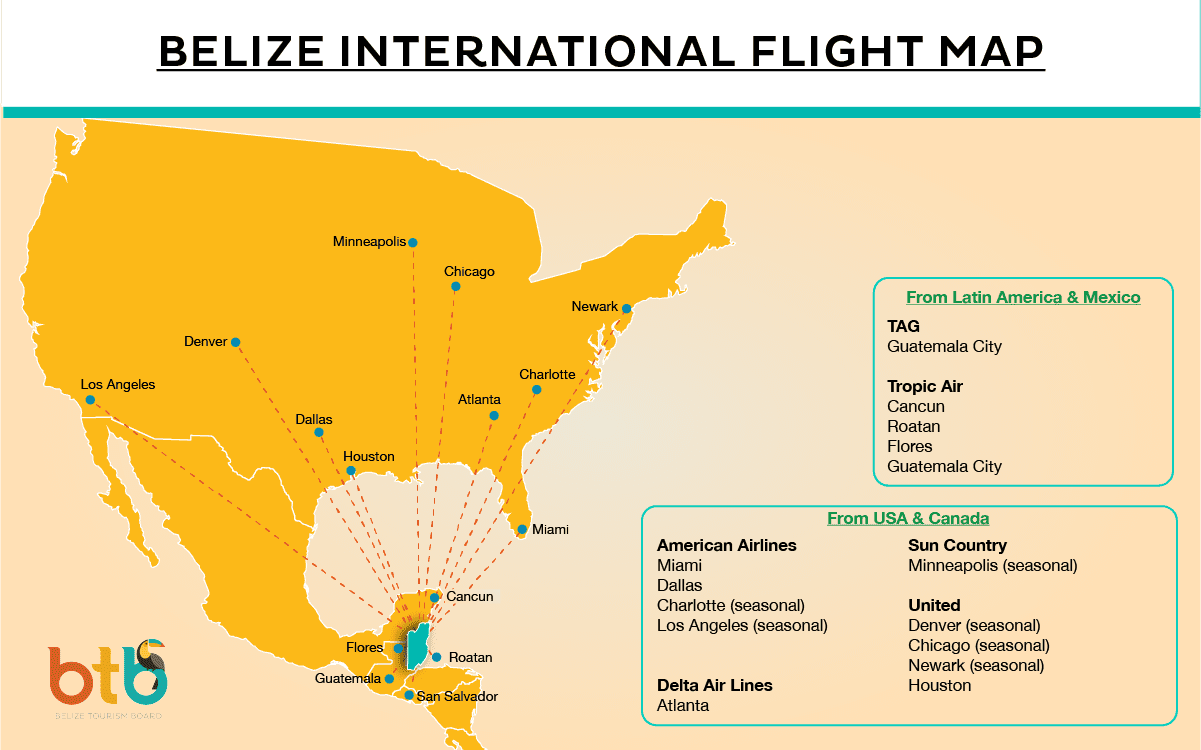 All The Ways To Get To Belize

Keyes said it would be best to book a trip in the next few weeks. While there are still deals left, Keyes does not see those prices lasting too much longer. Travelers arrive at the Philip S.W. Goldson International Airport (PGIA), Belize’s only international airport which boasts a total of 7 departure gates with international and domestic terminals. The PGIA is roughly the size of a regional airport in the U.S.A. On arrival, travelers deplane via stairway directly onto the tarmac before being guided into the PGIA. Inside, travelers move quickly into immigration and customs before awaiting luggage at only two baggage carousels.

On arrival, travelers are screened for immunization against COVID-19 or whether a test is needed before proceeding to customs & immigration. Note that you are NOT landing in Belize City, which means you will need ground transportation to enter Belize City. Domestic flights are also available at the Belize International Airport for transfers to major tourism destinations, or via the Sir Barry Bowen Municipal Airport (TZA) in Belize City.

These Cafes Are Great To Work Remotely In...