Commemorating its 42nd anniversary to the day, La Soufrière on St. Vincent continues to erupt with yet another explosive episode in the Caribbean early Tuesday, April 13. La Soufrière volcano on St. Vincent, which first erupted in explosive fashion Friday morning, continues to spew ash and smoke high into the atmosphere, visible even from neighboring islands. Weather satellites have captured dozens of eruptions since the volcano first blew its top last week, ash now spreading hundreds of miles eastward and extinguishing the sun in Barbados. The volcano spewed a tremendous amount of ash and hot gas in the biggest explosive eruption yet since volcanic activity began on the eastern Caribbean island late last week. 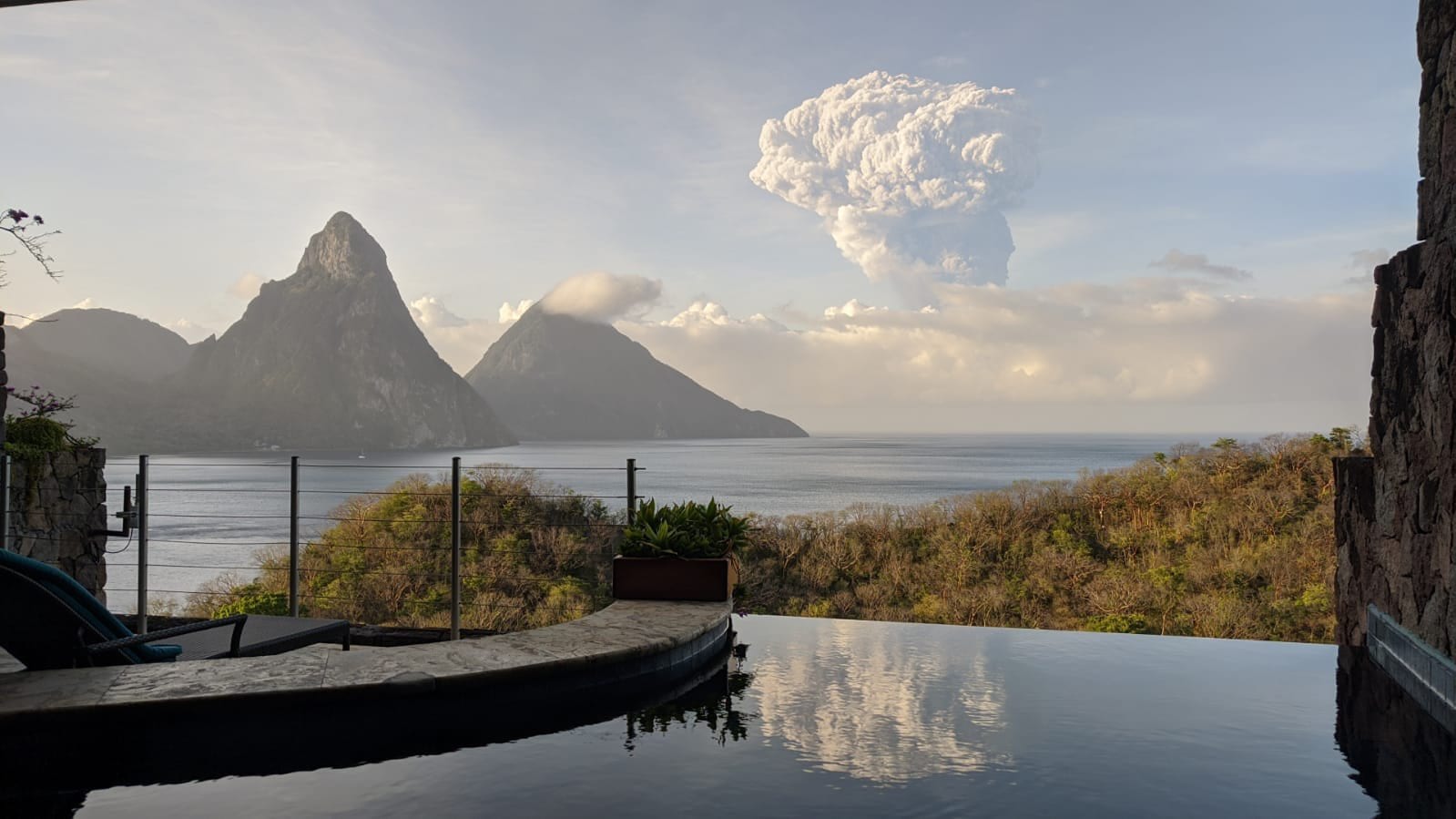 The 4,094-foot Caribbean stratovolcano, which previously erupted in 1979, began volcanic activity since December 2020. A new lava dome appeared before the new year and grew into February, prompting increased supervision by volcanologists who accurately predicted an eruption and undoubtedly, saved lives. About 16,000 people evacuated from communities close to the volcano Thursday before the first eruption Friday morning. Since then, dozens of more explosions have followed, generating devastating pyroclastic flows.

Another day, another explosive eruption. We press on. #LaSoufriere Day 5. pic.twitter.com/xk3Aq7PHga

In the past 24 hours, eruptions have been occurring semi-regularly every couple of hours, each producing new plumes that drift off to the east. Satellites indicated that 10 eruptions had occurred since midnight Saturday.

Belize Pledges Solidarity and US$50,000

“It’s destroying everything in its path,” Erouscilla Joseph, director of the University of the West Indies’s Seismic Research Center, told the Associated Press.

The sputtering volcano has spewed thousands of tons of ashen fine particulate matter miles into the atmosphere, captured by the GOES east weather satellite, which peers down from 22,236 miles above the Earth’s surface. Preliminarily, a total of 85 shelters currently house over 3,500 Vincentians, while up to 20,000 citizens have been affected or displaced as ash fall continues. The ashfall is also affecting neighbouring islands in the Eastern Caribbean at this time. 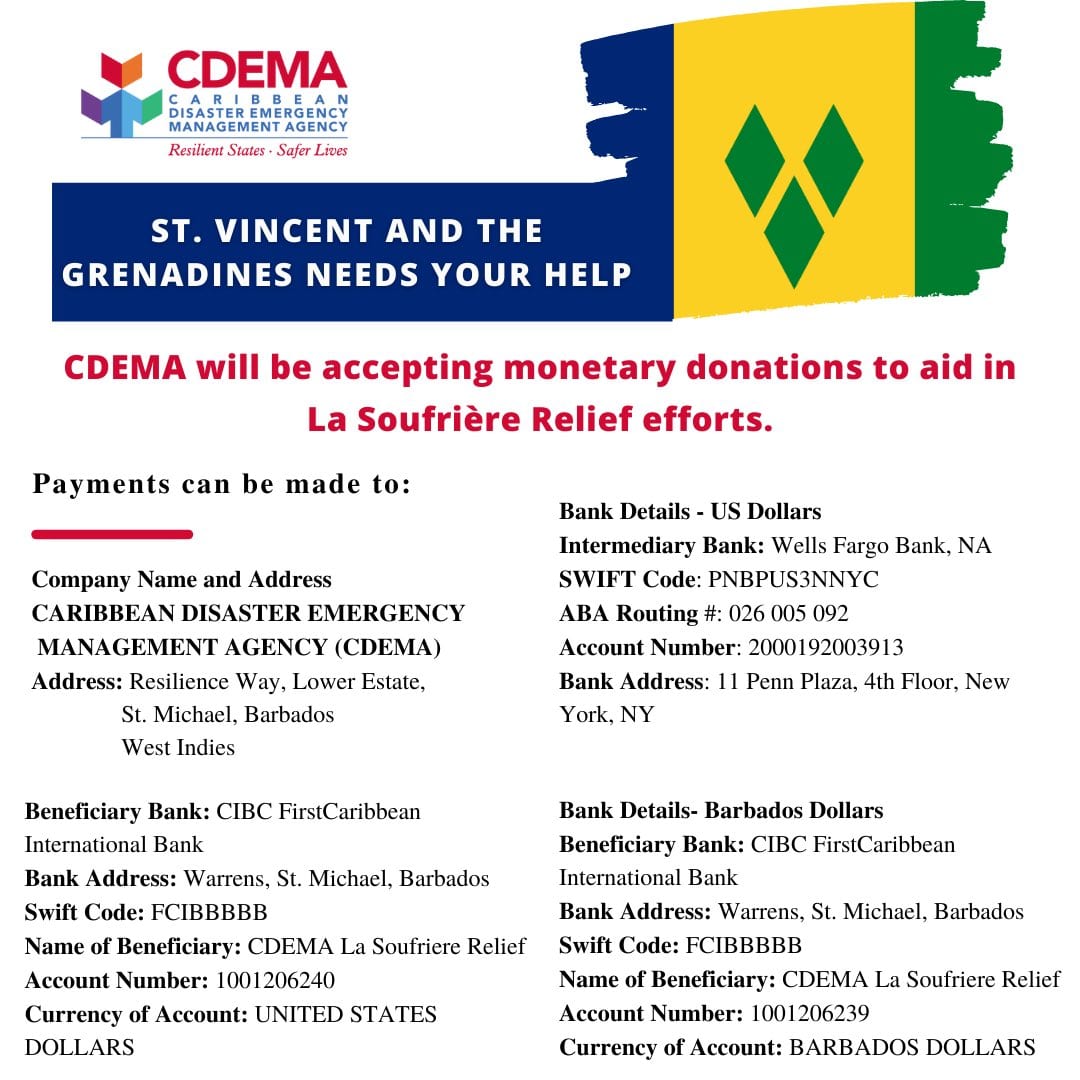 In solidarity with our CARICOM sister nation, the Government of Belize issued a statement welcoming Vincentians who have been forced to evacuate their homes due to the seismic activity or those who may have ties to Belize through family or friends in accordance with the determined requirements for entry including COVID-19 protocols. Additionally, the Government of Belize will also provide humanitarian resources as required to assist with the disaster response plan on the ground.

Belize continued, “Close communication and coordination on the situation in St. Vincent and the Grenadines will continue between Belize’s National Emergency Management Organization (NEMO) and the Caribbean Disaster Emergency Management Agency (CDEMA) during this emergency. Belize stands in full solidarity with St. Vincent and the Grenadines during these dual crises presented by disaster response and the consequential socio-economic effects of the COVID-19 pandemic.”

Our thoughts and prayers are with all those affected in the Eastern Caribbean as they brace this catastrophic event.