In order to discuss Swallow Caye, it is necessary to know that it is a haven for the West Indian Manatee and that over the years, it was established as a sanctuary through the efforts of a group of people.  The most well-known and tireless champion of these was Lionel “Chocolate” Heredia.  The story of how it came about is quite interesting.  A native of San Pedro, Mr. Heredia moved to Caye Caulker in the 1970s.  At first, he worked Water Taxis and later self-trained in Manatee Tour Guiding.  At that time, it came about quite by chance, that Richard Foster, a well-known American photojournalist, invited Chocolate to visit an undiscovered place where manatees were abundant.  This was a place where manatees could always be seen, and the idea was born for Chocolate to start bringing tours to see this rare, gentle mammal of the sea.

Practically on his own, Heredia embarked on the cause of protecting the manatees in this Belize City area. The Sanctuary has been identified as an area that forms a semi-circle from Francis Cayes in the west-northwest to the Colson Cayes in the south, as well as the area known as Belize City and its attendant cayes.  These cayes share a long and intriguing history through their geology across time, to the rise of the Maya Civilization, through the colonial era, and now in present-day modern Belize.

Realizing the multiple reasons to conserve and safeguard this area, Chocolate persevered in his crusade, which started in the 1980s. Eventually, he succeeded with the organization of the association called, Friends of Swallow Caye in 2002. This was quite an endeavor because he needed to prove that there was a broad base of support for the idea.  Furthermore, scientific information was required and, as luck would have it, in the 1990s, Ms. Janet Gibson had been conducting her doctoral thesis on Manatees in the area. The Coastal Zone Management Institute, with Ms. Gibson at the helm, was focusing on a comprehensive Manatee research program.  The UNDP, GEF, and the CZMP program began in August of 1996 and was carried out to examine the status of the manatee for the first time, on a countrywide and long-term basis. 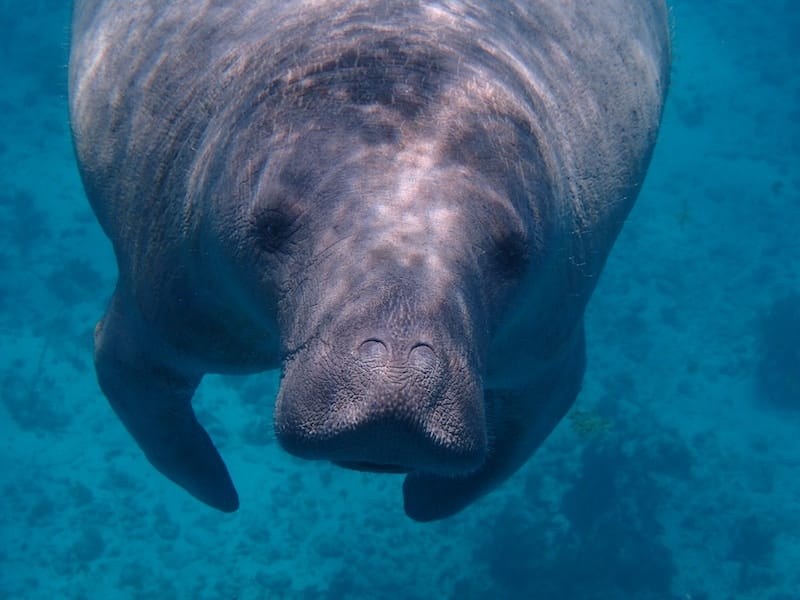 The Roles of the Cayes

For hundreds of years, these cayes had made up the center of what used to be known as the Maya Trade Routes.  Later, the colonists used them as shipping routes. Today they are the hub of fishing grounds, shipping, and a rapidly growing tourism industry. Fortunately, along with the last few decades of growth, there has also been a rise in environmental protection and trends toward conservation. There are now several protected areas.  This small Swallow Caye, which lies directly in front of Belize City, has been witness to its long history, as well as a key player in providing protection to Belize City and also providing seafood and a safe and convenient anchorage to shipping. Of vital importance is the fact that, while protecting the Manatees, the sanctuary also protects other species of sea life, under the same umbrella, so to speak.

Origin of the Name

According to historical evidence, the caye was named after a Royal Navy ship HMS Swallow, which frequented the area. Its captain, Samuel Axe used this caye as his favorite anchorage because it was convenient for him to replenish his stores in Belize City, as well as its proximity to Turneffe, where he could tend his tobacco crop.

Swallow Caye is readily accessible by boat. Swallow Caye Wildlife Sanctuary is one of Belize’s very handy, natural heritage tourist attractions and is popular with visitors from all over the world.  Access is easy from all points, from north to south; from Ambergris Caye to St. George’s Caye and Placencia.