It took five responsible divers and one equally zealous resort director to once again call attention to Belize’s gillnet ban.

Having worked hard to build a reputation for being a Western Hemisphere leader in oceanic conservation, Belize took a step backward on November 15, 2019, when Ray Caye dive masters happened upon 450-feet of gillnetting divided between a 400-foot section attached to a 50-foot section at Gladden Spit within the Silk Cayes Marine Reserve. Under current law, gillnets must not exceed 300-feet in length, nor can it be attached to another net—-yet that’s exactly what was reported by Yanic Pop and four other divemasters out of Ray Caye who happened upon this netting installed along the Reserve’s north wall.

Bringing the contents of this illegal catch to Coast Guard officers and SEA rangers, everyone was shocked by what they found in this illegal net: Reef Sharks, Horse eye Jack, Yellow Jack, Nassau Grouper, Strawberry Grouper, Bermudan Chub, and Reef Snapper. 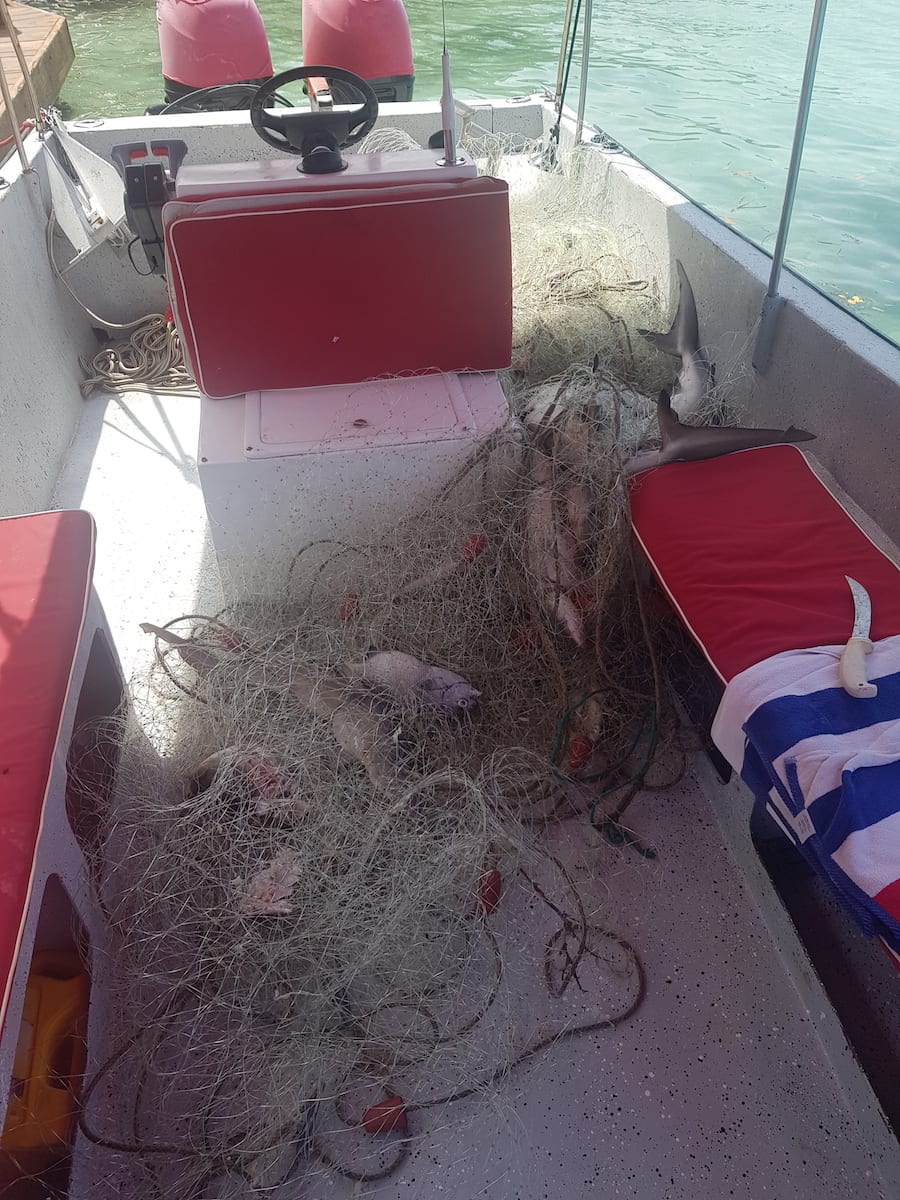 Advocates are leading the charge

Belizean law not only sets stringent gillnet sizing laws but forbids their use within Marine Protected Areas. Dasha Shivers, Managing Director for Ray Caye and Ray Caye staffers go above and beyond when it comes to protecting marine parks and advocating on behalf of responsible fishing. Oceana and The Belize Coalition For Sustainable Fisheries have committed over two million dollars to the Belize Government to help fishermen refrain from using gillnets and there is an official ban that has been sanctioned by sustainable fisheries management that supports biodiversity and works to ensure Belize food security.

There’s more at stake than meets the eye

“Gillnets indiscriminately trap and kill marine life,” say Belize Fisheries Department authorities. If allowed to continue, this practice has the potential to jeopardize biodiversity, the fishing and tourism industries, Belize’s food security and it could even compromise national security.

Concerned individuals are urged to make a statement via #stopthenets while spreading the word that it’s time to stop talking and start taking action. For those who feel so strongly about this initiative they wish to donate to the cause, a GoFundMe page launched by the Coalition for Sustainable Fisheries is one of the ways to contribute to these efforts (https://www.gofundme.com/f/ban-gillnets-belize).

What else can you do to become an advocate?

Janelle Chanona, Vice President of Oceana Belize, advises, “Never be afraid to ask what you’re paying for…and what [you are] eating. Ask where your food came from and how it was caught.” Her call to action? Vote with your dollar and your fork. It’s a time-honored way to get the attention of those who seem impervious to threats that surround us and whether you are a tourist or a Belizean, you can make a difference.