There’s been hundreds of instances, across the world, where travellers have gotten stuck abroad amidst airport and border closures. However, a large number of expats actively chose to weather the pandemic in Belize; whether coming as a long-term layovers, an early retirement, or new home owners. And with zero active COVID-19 cases, Belize has proved to be one of the safest countries to be during this unparalleled time. All of whom we’ve met have had multiple opportunities to go home on repatriation flights; and yet are still, as of June 1, actively choosing to remain in Belize. One such instance is Canadian couple Jerry and Debora, currently in Belize for quarantine. We caught up with them last week and here’s their story of why they chose to stay in Ambergris Caye, Belize during these unprecedented times.

“Ambergris Caye was, and still is, our ultimate destination”, shares Debora. After being laid off in Canada because of the virus on Friday, March 13th, Debora looked at Jerry 8:30 pm that night and, without any hesitation, simultaneously said, “Let’s go to Belize”. Knowing with their full time work schedules this opportunity does not come often, though whatever chance they’d get, they’d vacation in Belize. And so, their COVID-19 adventure begins. Booking a one-way red-eye flight for 12:05 am that Saturday, they quickly packed and scheduled an Uber within 20 minutes. “This was not an issue. We were both motivated to return to Belize’s pristine beaches, savour its freshly picked fruit, dine on an abundance of seafood, and be surrounded by warm Belizean hospitality.”

The original plan was to return in a couple of weeks. That morning, they arrived in Toronto with the airport buzzing with travellers and a full plane to Belize City. They’d have never guessed what was in store for the world. After a week of going off grid in two local hotels, the couple received a frantic call alerting them of global lockdowns. In disbelief, they turned on their devices only to learn that their neighbourhood in Alberta had the highest cases in Canada. With cases spinning out of control in Calgary, and Ambergris Caye with no cases at the time, the Canadian couple began weighing their options.

Being over the age of 50 with no jobs to go home to, they’d need to make a decision fast. Not to mention, all their children live outside in the UK and USA, with families of their own. Coupled with a love of Belize, Debora and Jerry made the conscious decision to safely stay in place.

A home away from home in Belize

With hotels and resorts closing, Debora and Jerry were fortunate to have their own beach house available. Escape Away Belize was vacant and available, allowing us to not only be safe but also secluded. After a visit to the island’s beautiful new hospital for a Canadian prescription re-fill, grocery stores remained fully stocked ie. Toilet paper. On seemingly an island paradise with pristine beach, this Canadian couple concluded to weather COVID-19 and quarantine in beautiful Belize. 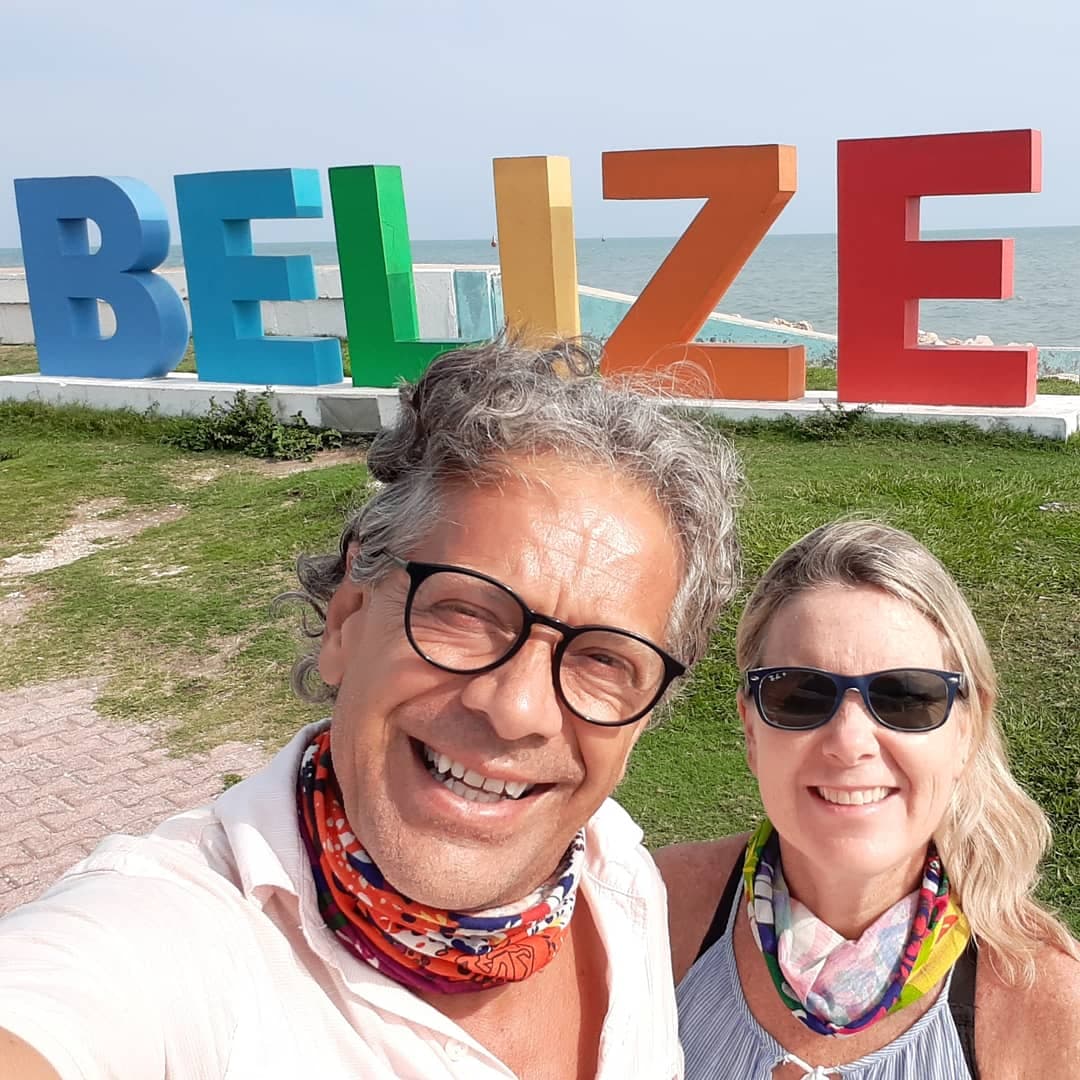 Thanks to numerous FaceTime dates over the past two and a half months, all our family and friends make the same comment: We want to come to Belize. Now that restrictions have been lifted to travel domestically, we caught the first flight to the mainland to help [support] the local tourism industry.”

Stay tuned for more of this Canadian couple’s experience during quarantine as they safely explore Belize.

How And Where To Celebrate Dad in Belize...