Deal Alert: United, Delta, and AA Flights to Belize from US$273 RT

Comparable to domestic flights across the country to California, The Points Guy shares a deal alert: roundtrip flights to Belize, starting from US$273, from multiple U.S. cities. With the uptick in summer travel, airlines are looking ahead to fill even more seats in the winter.  These fare deals were originally flagged by Scott’s Cheap Flights, which shows the deal falls outside of the typical end-of-year holidays like Thanksgiving, Christmas, and New Year. While December to February may be Belize’s peak season for tourism, there is a sweet spot just before; visiting as early as August means far more elbow room and even more deals during shoulder season. Sure, Belize’s rainy season officially ends in November, but we assure you: that the weather won’t put a damper on your always-delightful tropical vacation. Below, read on for flying cheap to Belize from August 2022 through March 2023, and how to book your flight. 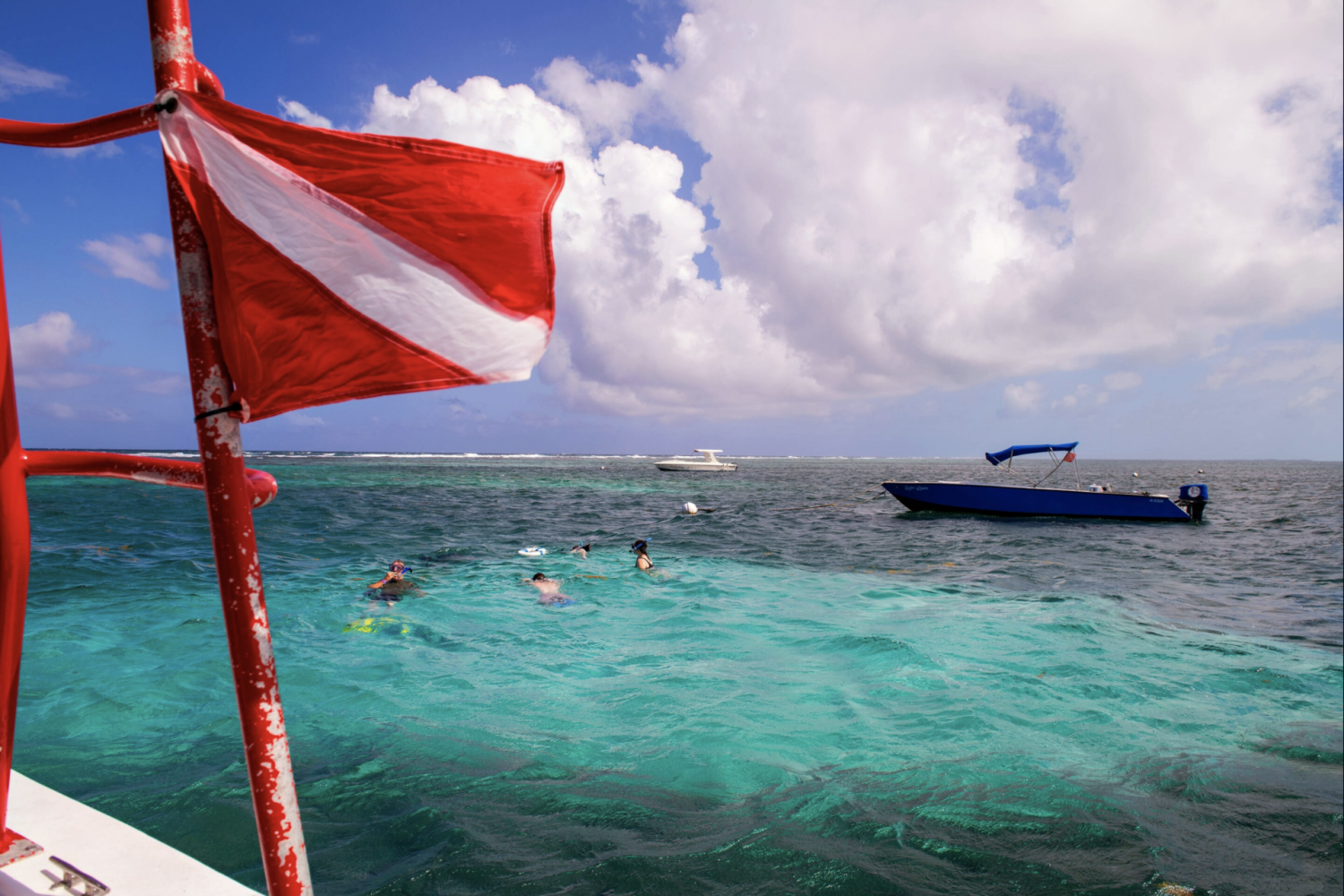 How To Grab This Flight Deal to Belize 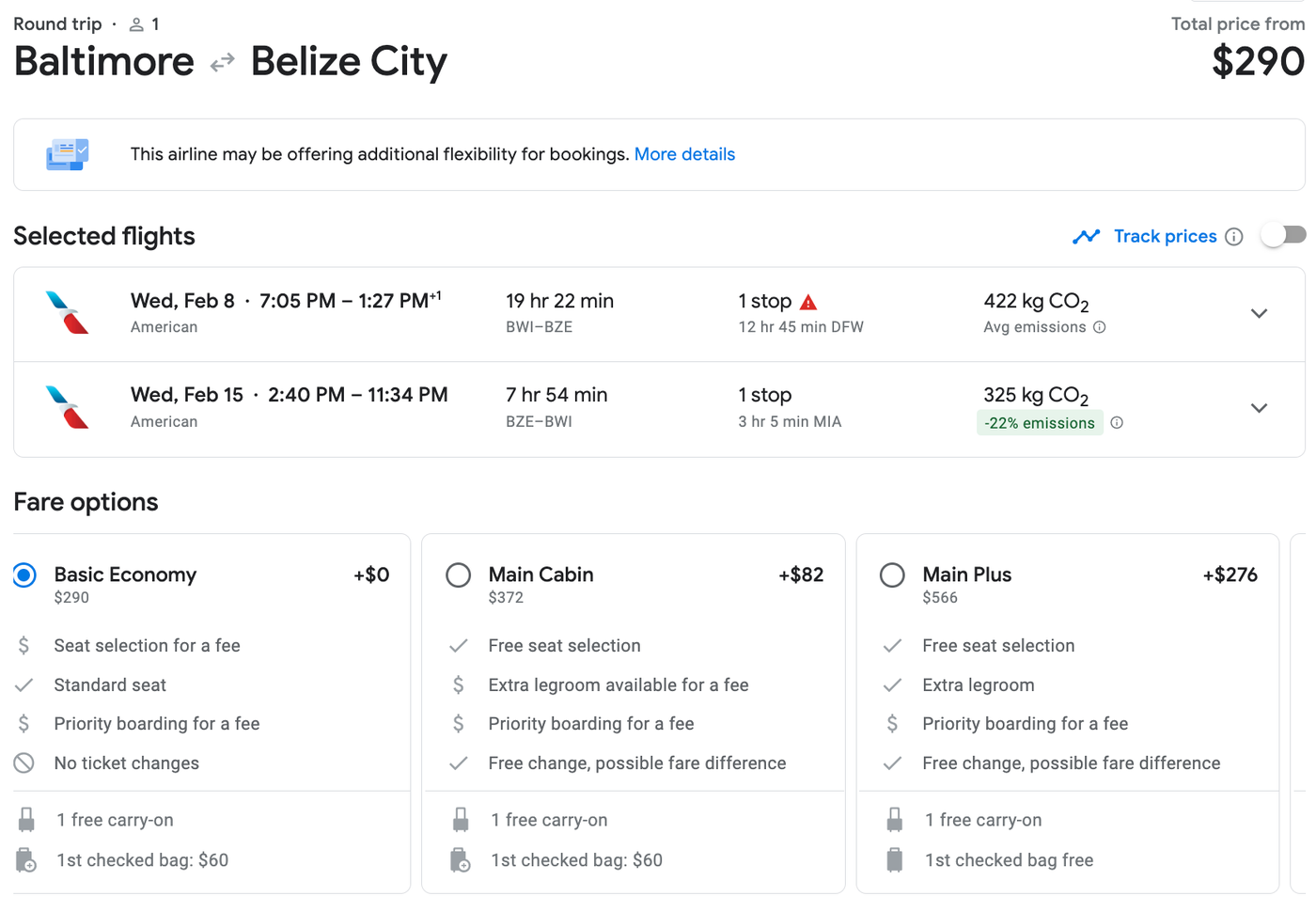 Baltimore (BWI) to Belize City (BZE) in February is available for only $290 round-trip on American Airlines. Basic Economy gives you a free carry-on, but a checked bag will cost you $60. 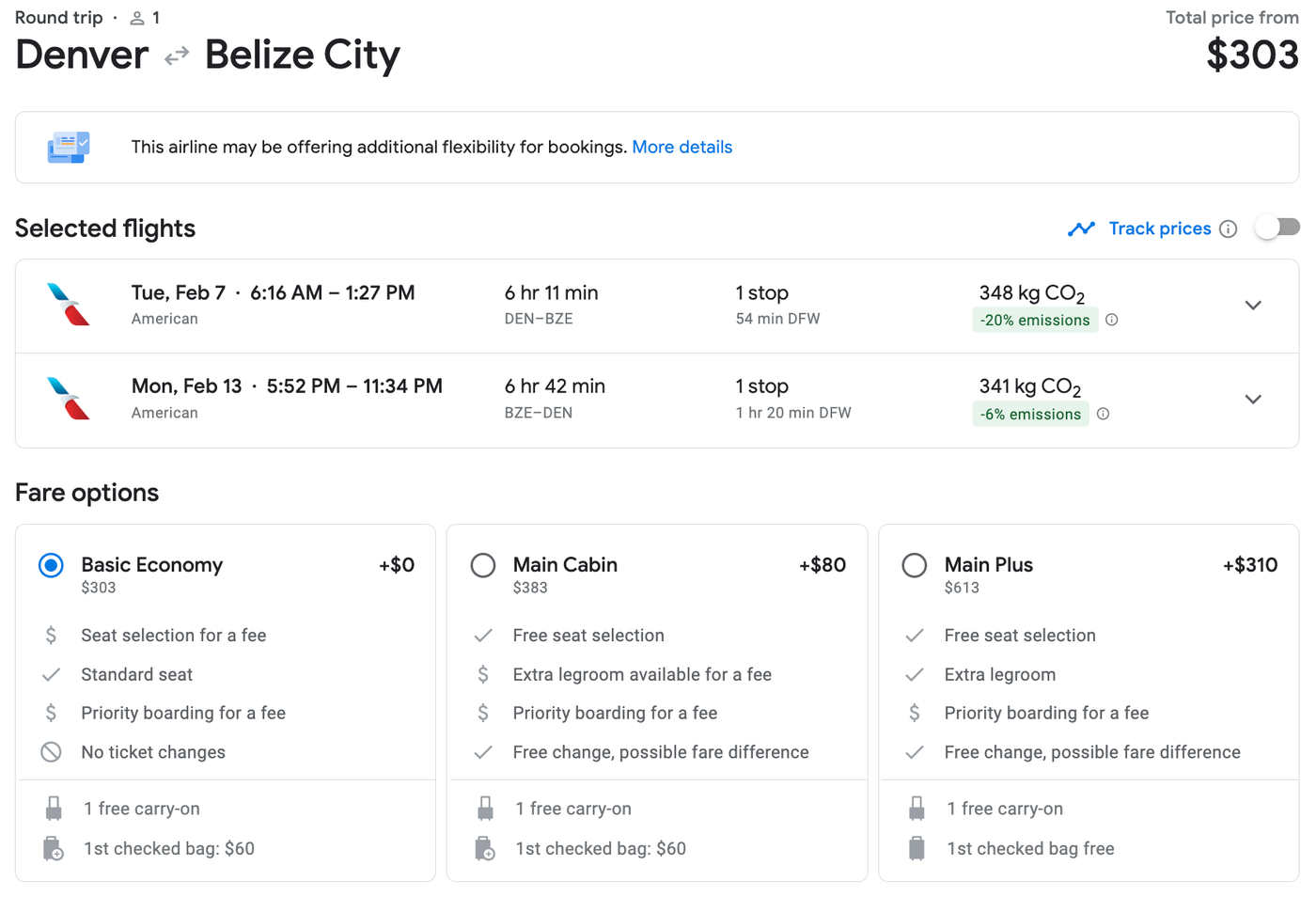 Find yourself craving warmth in the winter? Whether November or February, head South to Belize on American Airlines in Basic Economy for just $303. Plus, booking in both months gives this fare!

Flying Houston (HOU) is available for $303 on American as well. Though as a reminder, Basic Economy gives you a free carry-on and a checked bag will cost you $60. 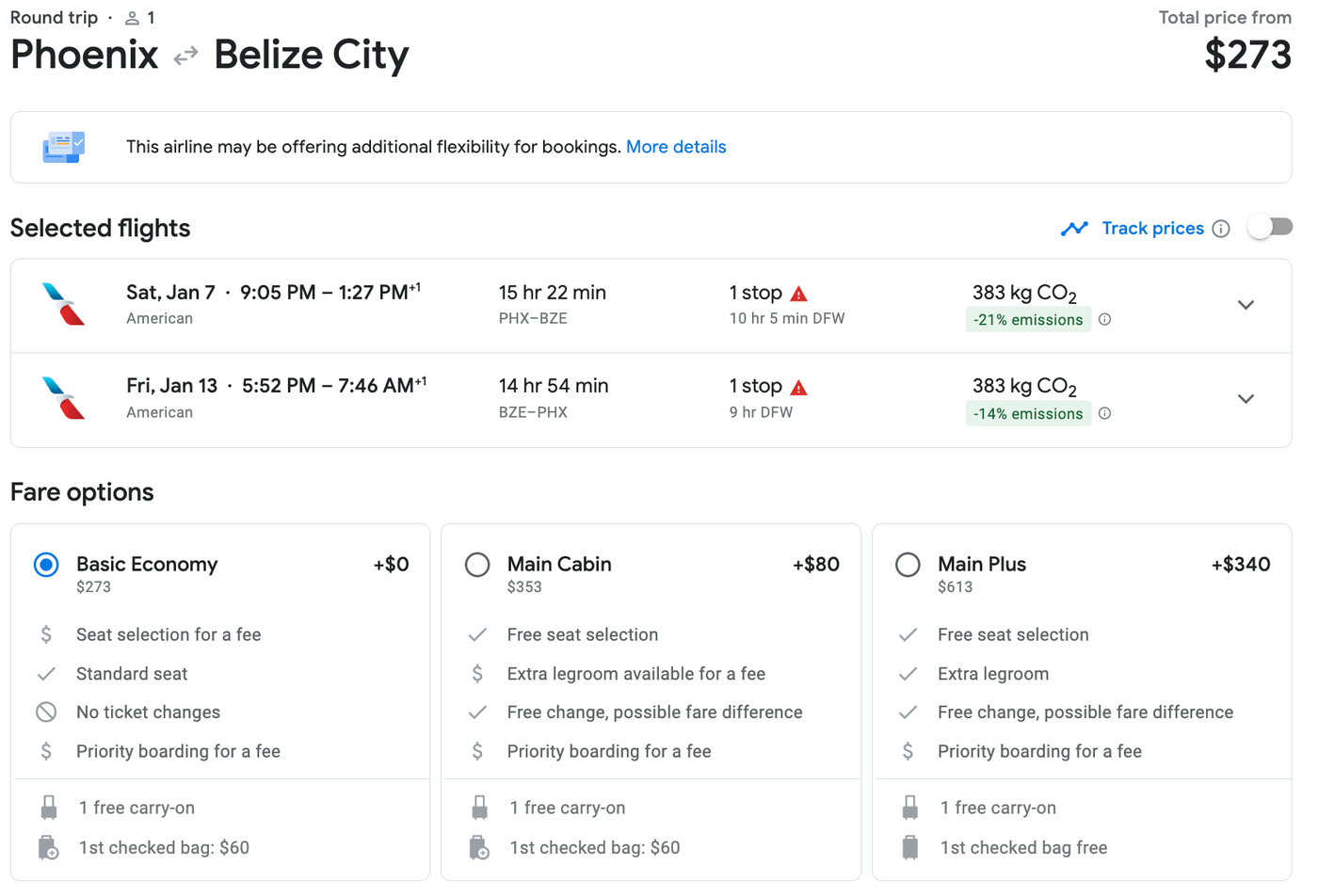 American Airlines, once again: fly Phoenix (PHX) to Belize in January, for only $273 round-trip. There’s an extended layover on the outbound flight, but that’s quite a deal, still. The Points Guy found a few sub-$300 fares out of Phoenix in October and November, too, but they’re also with extended layovers. 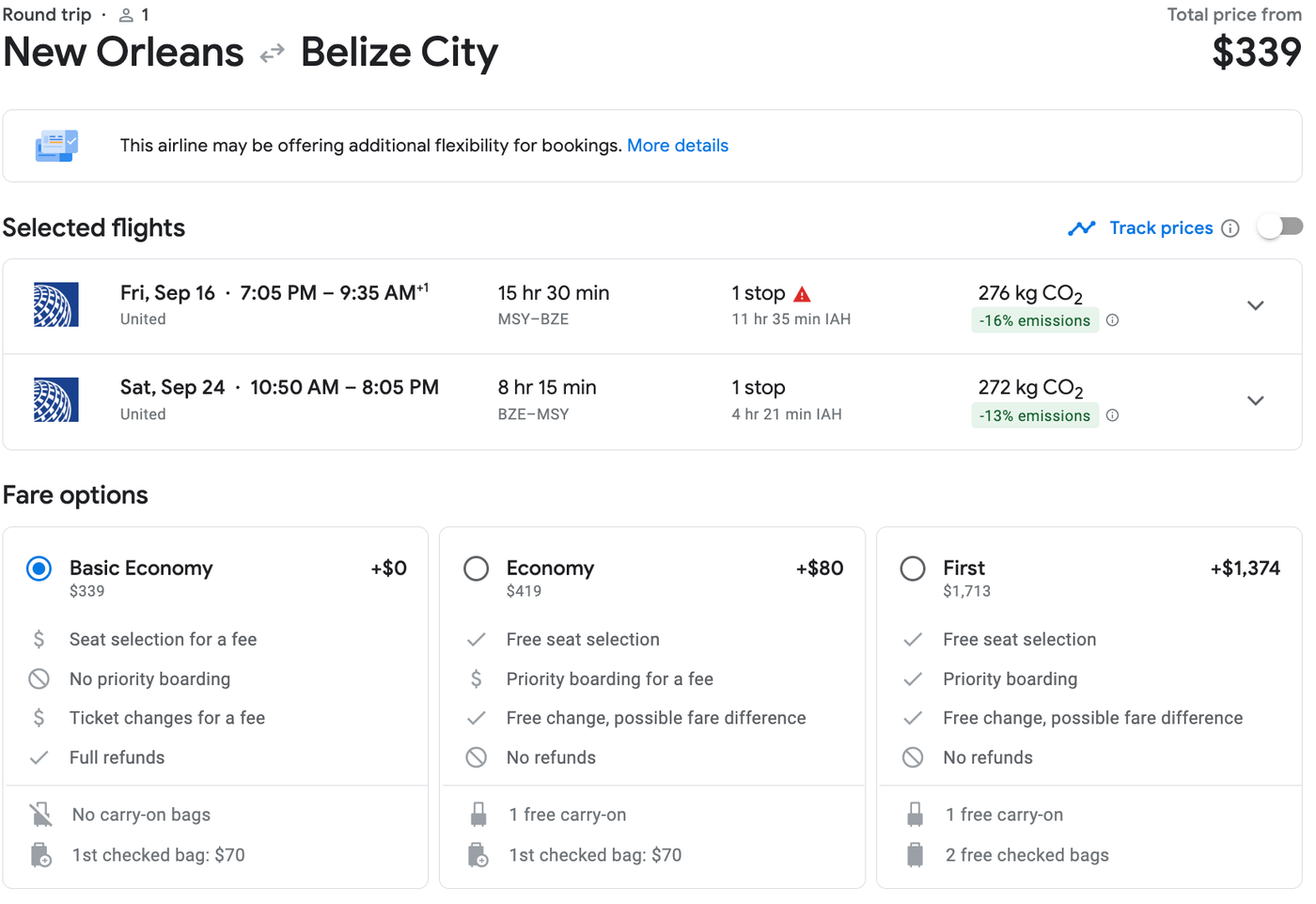 And to round out the flight deals to Belize, United Airlines is showing a good amount of sub-$350 round-trip fares from New Orleans (MSY). The Points Guy found one in September that costs $339, however, United’s most restrictive fare does not come with a free full-size carry-on bag.

If you’re thinking, “how early is early?” the magic number is 64.

A 2021 survey by CheapAir.com shows that between 64-67 days before the expected trip date is the best time to buy domestic flight tickets. International flights can be a little more difficult to estimate a price increase. Buying your tickets at least a month to three months before your international trip could save you some money. Research shows that flight prices usually start to rise around 28 days before. No time like the present to start planning your Belize vacation.

Source: The Points Guy. Header image of a United flight on the tarmac of the Philip Goldson International Airport via Belize Tourism Board.

How To Day-Trip To San Pedro Town For Under $75

A Glimpse At A Day Spent at Caye Caulker’s ‘Split’