“I would like anyone reading this to know that they are reading an interview given by one of the happiest people on the planet. Me. I am so proud of The Belize Zoo and what it has given to so many people. I am reinforced daily about the significant impact this facility has had: for the wildlife of Belize, and for the wonderful people of this extremely special nation. Colour me happy.”

What would you do with animals left behind after a documentary project? Well, Sharon Matola selflessly dedicated her life to them, leaving behind a legacy of wildlife conservation in Belize. With news of her passing on March 21, 2021 at the age of 66, Belizeans of all ages took a moment to pay homage to this giant in conservation. Larger than life, Sharon loved Belize with every fiber of her being—both its wildlife and wild spaces—and with her love for protecting our furry, feathered and scaly friends, Matola inspired others’ conservation for these animal ambassadors. More than just a woman, Sharon Matola wore many hats: author, biologist, fierce advocate, and sometimes, even songwriter,    I will always remember Sharon for having tenacious perseverance as her signature trait. With unparalleled passion and pure intentions as a stalwart for conservation in Belize, the country is changed for the better because of Sharon’s selflessness.

The Catalyst for The Best Little Zoo in the World

Born and bred in Baltimore, MD, Matola first arrived in Belize on a temporary job assignment in 1982 as a film assistant to the late Richard Foster, a renowned documentary filmmaker. That is, after her colorful career that included a stint with a Romanian lion-tamer and even a circus tour through Mexico. Hired as a caretaker to the 20 animals used in the documentary, Matola recalls in a 2006 interview by Belize Magazine how one project skyrocketed into the best little zoo in the world, and ultimately, her life’s work:

“When the documentary film which I was working on with Richard Foster came to a close, there was a severe lack of funds to support the animals which had been used in the film project. Richard was sent to Borneo to complete another documentary there. He left me in charge but there was a call to “get rid of the animals” [by the parent film company based in the UK] due to a shortage of funds to support them. Rather than explore ways to see their exit, I thought, well, Belize doesn’t have a zoo, so I’ll hang up a few signs and let the word out that there is now a place where people can come to view the animals of Belize.”

Matola hung signs around the country to raise awareness about the wealth of Belizean wildlife and the country’s deteriorating habitat, spanning further than our borders as she sought donations and contributions abroad to fundraise from various environmental groups. As such, news of Matola’s passing unequivocally shook animal lovers both in Belize and abroad, with ripples felt deeply in Belize’s conservation community.

Most recently in 2019, Matola was honored by the Cincinnati Zoo and Botanical Gardens for her conservation efforts, and in 2020, received Breaking Belize News’ “Woman of the Year” award. For 38 years, The Belize Zoo has been an educational and cultural icon in Belize, now caring for over 200 animals as of December 2020.

I’m finding it difficult to accurately describe the weight of her contributions—another testament in itself that words of Sharon’s works are simply not enough. Without a doubt, Sharon touched the lives of hundreds of thousands, evoking a sense of civic pride in Belizeans and international visitors alike. Rest In Peace, Sharon. Belize is a better place because of you, and I’m sure Junior Buddy greeted you with one of his signature kisses. 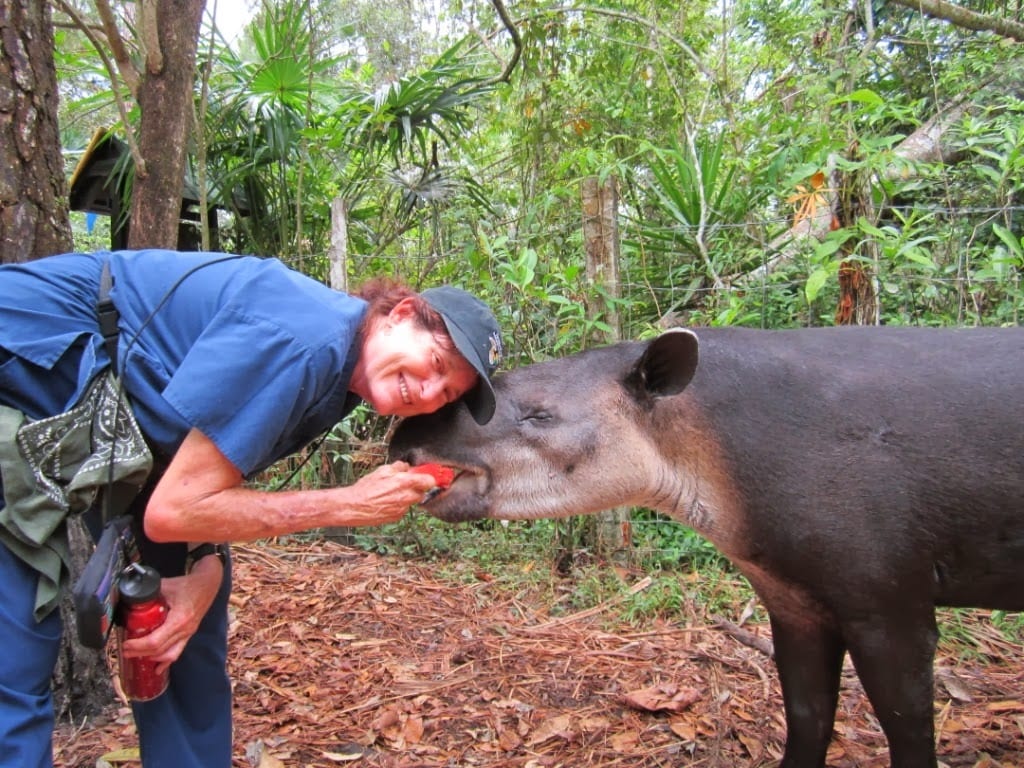 Sharon and April the Tapir.

Belize has lost a national treasure. If you would like to honour Sharon Matola, please consider joining me in making a donation to The Belize Zoo in her memory. Your patronage will help The Belize Zoo, a non-profit organization, continue its vital work. Its mission is to provide a future where Belize’s wildlife and even their wild spaces remain protected, by educating, informing, inspiring and empowering people to be more connected with the natural world and take greater responsibility for their impact. 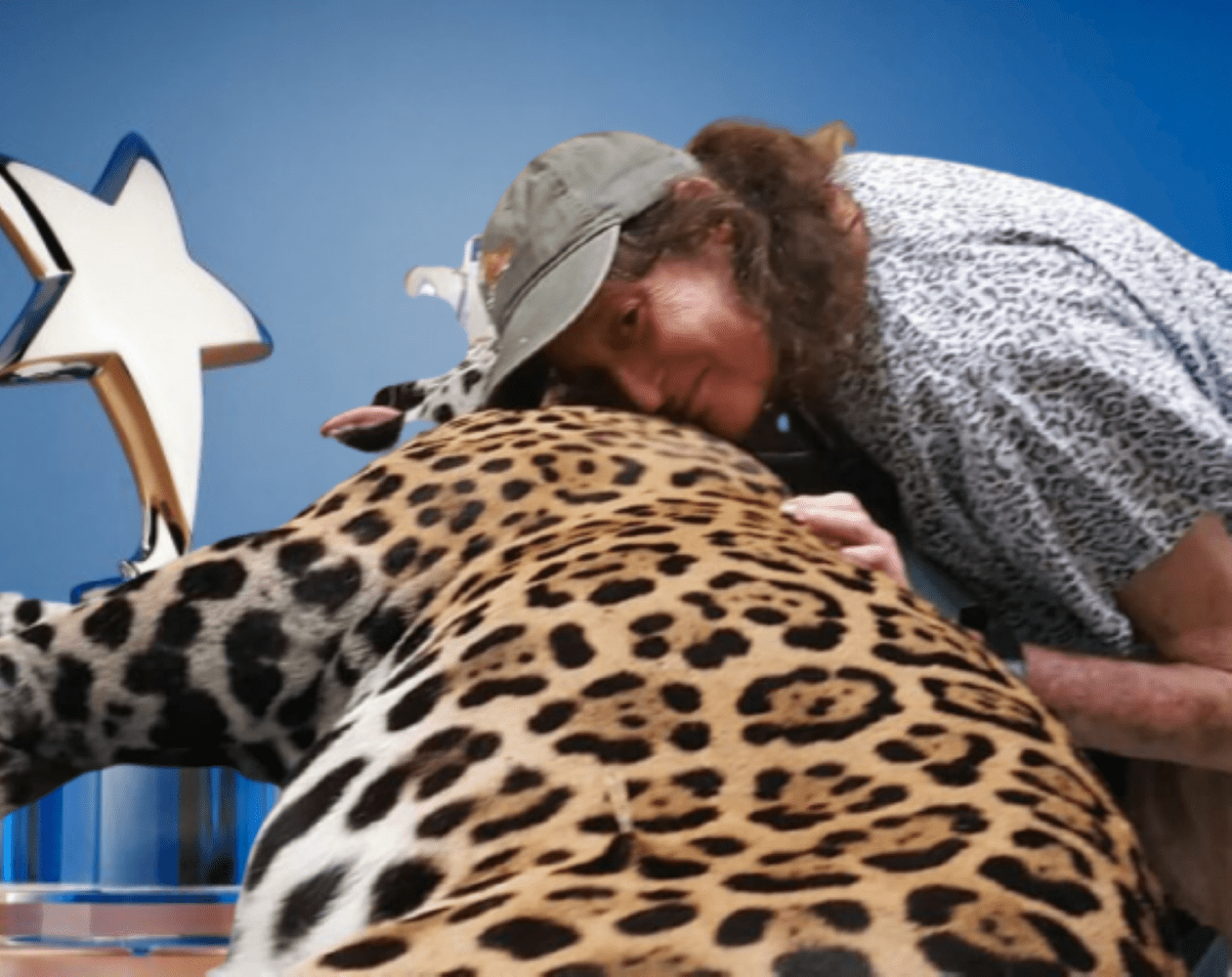 Of TBZTEC’s 56 employees, the non-profit managed to retain almost 60% on a shift basis throughout 2020, while continuing to pay Social Security for all employees, including those who are inactive. As restrictions during the pandemic presented unprecedented challenges to keep over 200 animals fed and well-cared for, community efforts from both individuals and businesses alike allowed The Belize Zoo to survive. Storms and floods this year also brought new rescued animals to their doors, like the orphaned ocelot cub Fifi (pictured)— and none are turned away.

“After 8 long months, the challenges continue to ensure our animals are cared for, our staff is paid, and the lights stay on.” 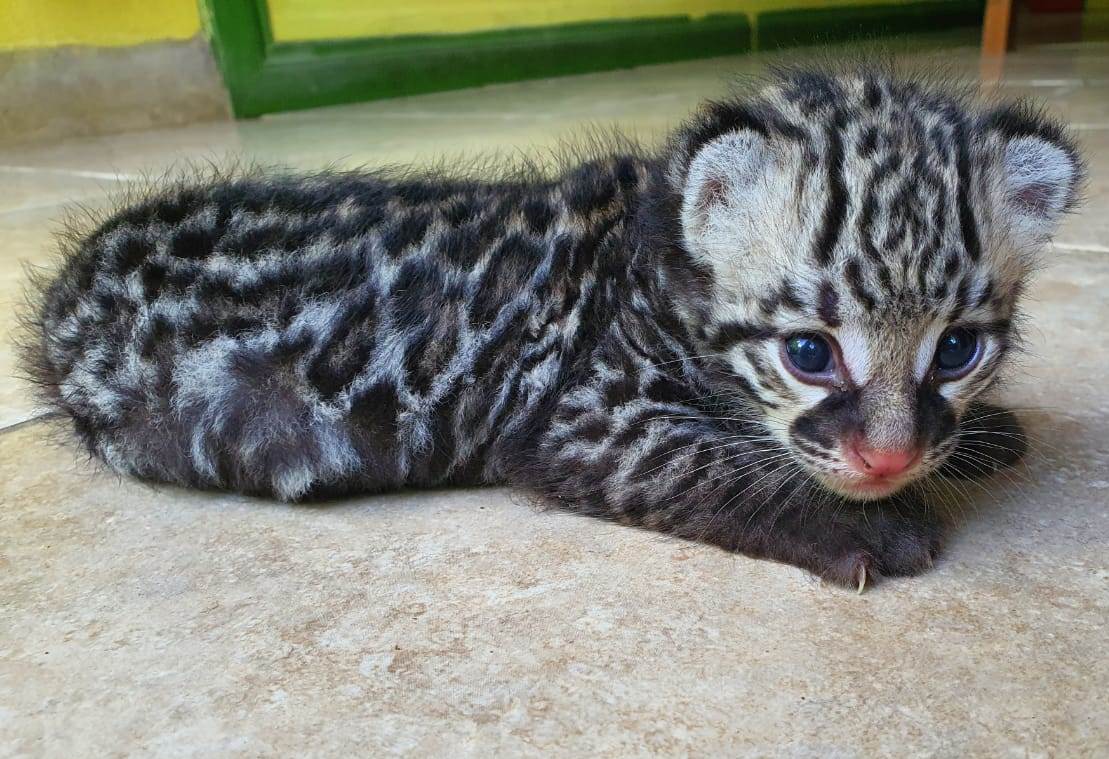 Consider adopting an animal at The Belize Zoo, like this ocelot cub rescued from the 2020 floods in Belize. Photo by The Belize Zoo

By adopting a hairy, furry, feathered or scaly Belize local for a year, fees go directly into food, medicine and pampering of your chosen adoptive animal. Nonetheless, with each adoption, you’ll digitally receive:

How To Use Public Transportation In Belize: A Step-By-Step Guide