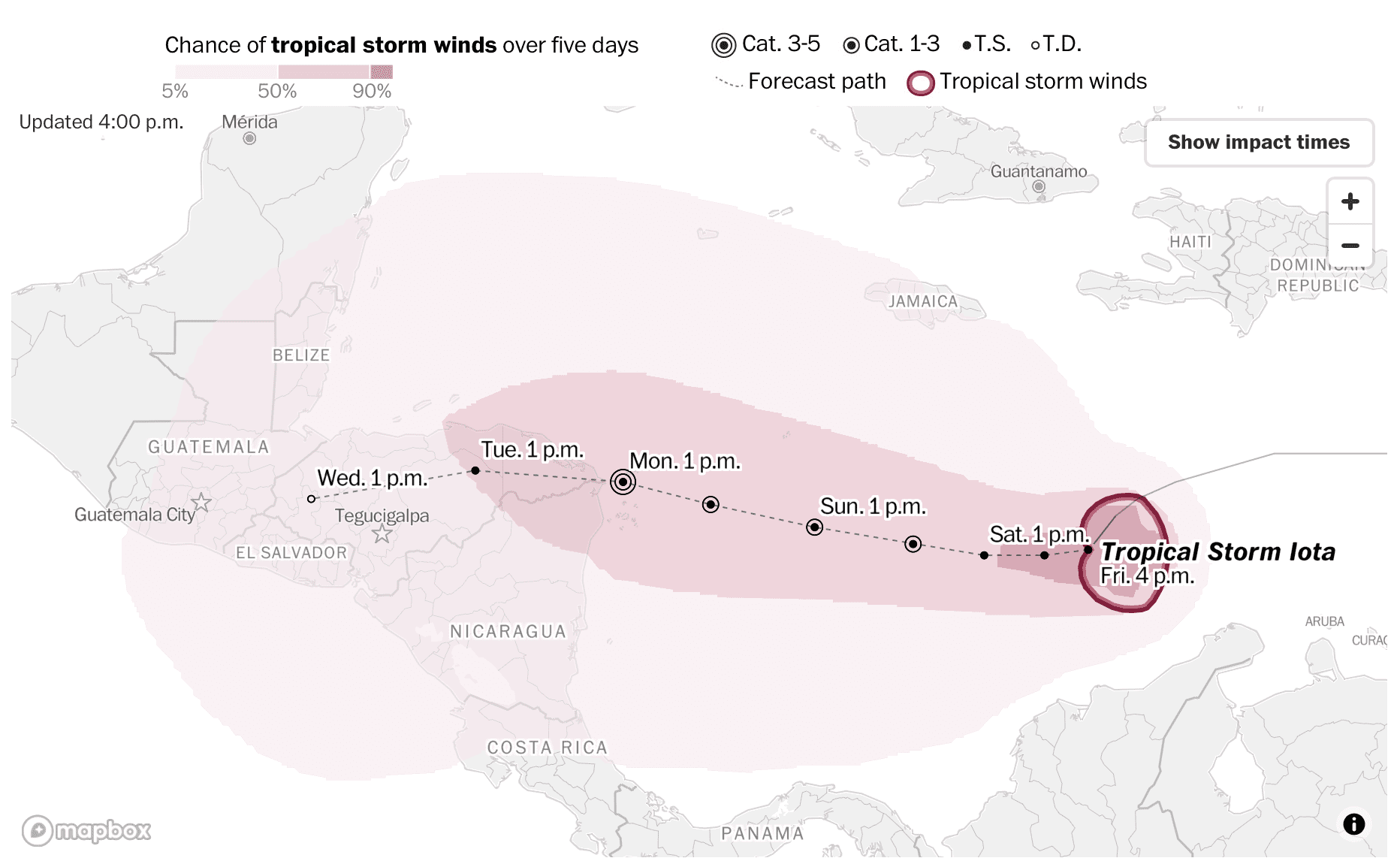 Tropical Storm Iota forms in the Caribbean and is expected to become a hurricane as it approaches Central America. As of 4 p.m. EST, the National Hurricane Center said that Tropical Depression Thirty-One had strengthened into Tropical Storm Iota. At time of writing, Iota is about 335 miles south-southeast of Kingston, Jamaica and is slowly moving to the west-southwest at 3 MPH. Meanwhile, winds are currently at 40 MPH.

The first NHC forecast for TD 31 is the highest 3-day intensity (95 kt) ever for a depression.

Fun fact — would’ve tied the highest intensity forecast for a TD at ANY lead-time, except Teddy broke that record earlier this year.https://t.co/QEfPyQ7kNYhttps://t.co/OcWpxZmt5v pic.twitter.com/2GThGRCHjW

The latest advisory from the National Hurricane Center says that steady to rapid strengthening is forecast, which means Iota is expected to be a major hurricane as it approaches Central America. Iota could make a run at Honduras, Nicaragua, Belize, Guatemala, or the Yucatán Peninsula during the early to middle of next week. By then, it will likely be a powerful hurricane. The Hurricane Center’s forecast states simply: “The system could be near major hurricane strength when it approaches Central America.” Nonetheless, a major hurricane in this location would be a rare occurrence for the Caribbean so late in the season. 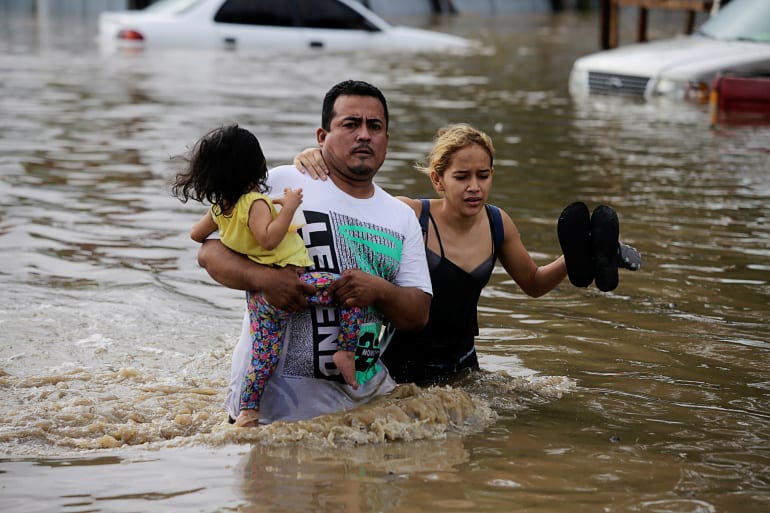 People walk through a flooded street during the passage of Storm Eta, in La Lima, Honduras November 5, 2020. Photo by REUTERS/Jorge Cabrera

The development of a new storm in the Caribbean is particularly concerning, given Eta’s disastrous and deadly flooding that stretched across Honduras and Guatemala. Nicaragua bore the brunt of the storm’s disastrous Category 4 impact, and the current forecast for the expected powerhouse Hurricane Iota places this storm on a similar track. Although Belize reported no loss of life, thousands are displaced after 10-20 inches of rain. Belize has since issued its first storm Advisory.

An estimated 21,120 children are affected by the flooding in #Belize. In addition to sharing early warning messages, @UNICEF and partners are preparing water, sanitation, hygiene and nutrition supplies to support the Government’s response in the hardest hit areas. #HurricaneEta pic.twitter.com/f32XCufVGW

Header photo shows the German Icon model of a serious hurricane, Iota, in the western Caribbean by Monday. (WeatherBell). Source: Weather.com and the National Hurricane Center.

A Flavors of Belize Recipe to Celebrate Diwali