More Caribbean Countries To Get Vaccines Through COVAX Next Week

Deliveries of COVID-19 vaccines are picking up speed across the Americas as more countries prepare for the imminent arrival of doses procured through COVAX, the global mechanism for equitable distribution of vaccines. On Monday, March 15, Jamaica became the first Caribbean country to receive the Oxford-AstraZeneca vaccine shipment through the COVAX facility: a total of 14,400 doses. So far, 28 million doses of COVID-19 vaccines have been administered to Latin American and Caribbean populations. A total of 15 Caribbean countries will receive just over 2.1 million doses by May, according to allocation figures provided for the first round of deliveries. PAHO Director Carissa F. Etienne said that over the next few days, PAHO’s Revolving Fund will deliver 728,000 of those COVAX-procured vaccines to five more Caribbean countries.

“Next week, we expect that many countries in the Caribbean will start to see the first COVAX shipments arrive on their shores,” Etienne said at her weekly virtual media briefing. 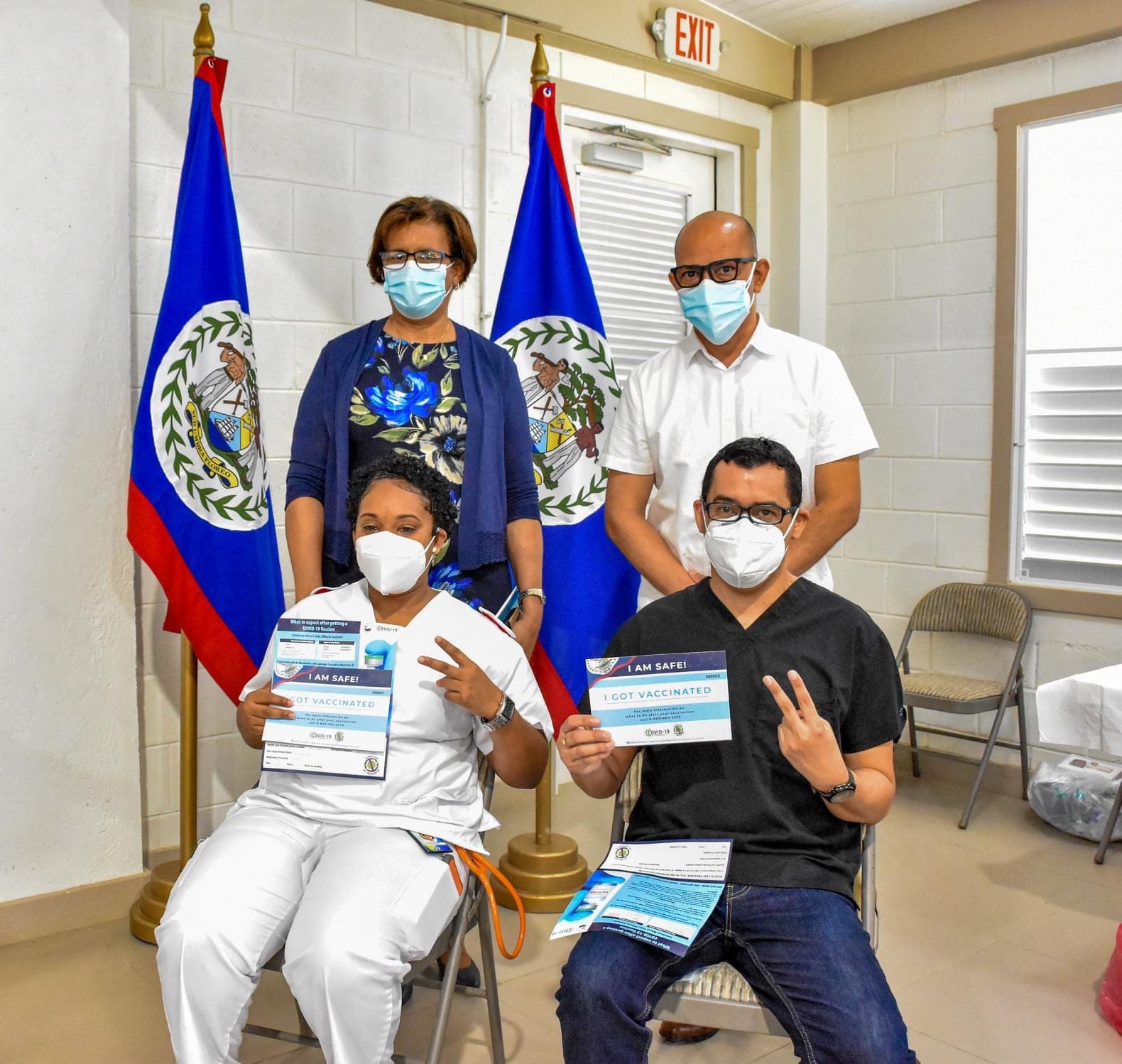 In total, PAHO has placed orders for more than 3.4 million doses. Noting that only two vaccine manufacturers are dispatching millions of doses to dozens of countries around the world, the PAHO director said, “This is a bottleneck that still prevents us from getting vaccines to every country at the same time, but shipments will become more regular as more doses are available to COVAX in the next few months.”

“With COVID vaccination campaigns underway throughout our region, we’re at the beginning of the end of this pandemic. But while there’s reason for hope, we must also remember that doses are limited, and it will be several months before we can rely on vaccines to control this virus.”

As of March 19, a total of 400,000 COVAX-procured doses were delivered to regional countries, including Peru, Guatemala, El Salvador, Honduras, and Jamaica. At the same time, the PAHO chief said, countries must maintain public health measures – hand washing, social distancing, and mask wearing. Even people who have been vaccinated should adhere to the measures, she added. “Stopping this pandemic will require both that we limit new infections and that we expand access to vaccines. So, we must not let our guard down now. Let’s keep hope alive,” Dr. Etienne said.

Belize continues to see a decline in new COVID-19 cases and active infections, reporting 5 new infections on average each day. At an average of 10 infections per 100K people reported last 7 days, that’s 1% of the peak — the highest daily average reported on December 8. However, the Caribbean country continues to be proactive in its efforts to contain COVID-19. Belize rolled out its national vaccination programme as of March 1, 2021.

Being one of the first independent Caribbean nations to do so, Belize announced its 5-phase vaccination roll-out programme; this included vaccinating its frontline workers first, followed by the most vulnerable persons across the population. As of March 18,  Belize entered Phase 2A. The country first secured 1,000 doses of the Oxford-AstraZeneca (COVISHIELD) through a donation from the people and Government of Barbados, then another 25,000 doses directly from the people and Government of India. Belize expects to receive another 100,800 doses this month through the World Health Organization’s COVAX programme.

This Hidden Destination Near Dangriga, Belize Is A Secret Only Locals Know About