Where To Celebrate International Sushi Day in Belize

What is the history of sushi? 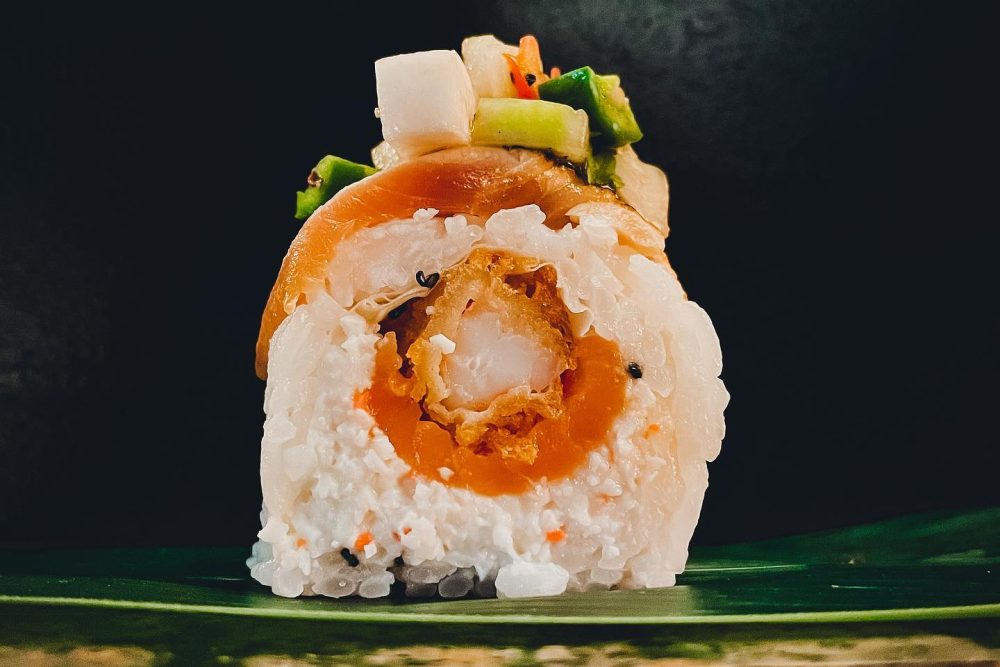 Sushi actually has an interesting history. Popular to a misconception, it actually did not originate from Japan. However, Japan is credited for making this dish popular. We first see it mentioned in China as a method for preserving food; fish fermented when placed in rice. After several weeks or months, the rice was thrown away and the preserved fish was eaten. 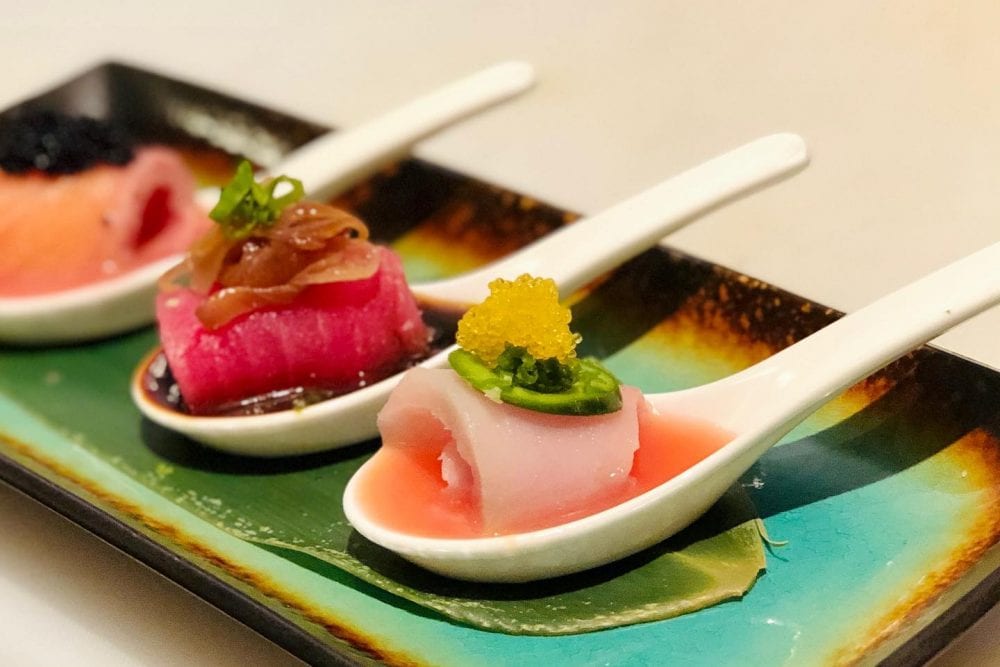 This preservation method then entered Japan, where seafood was a dietary staple. But the Japanese did not throw away the rice and instead ate the two together. One thousand years later, the rice was elevated with rice wine vinegar; this enabled the sushi to be eaten immediately instead of waiting for it to ferment. Thus, the sushi we know now was born. 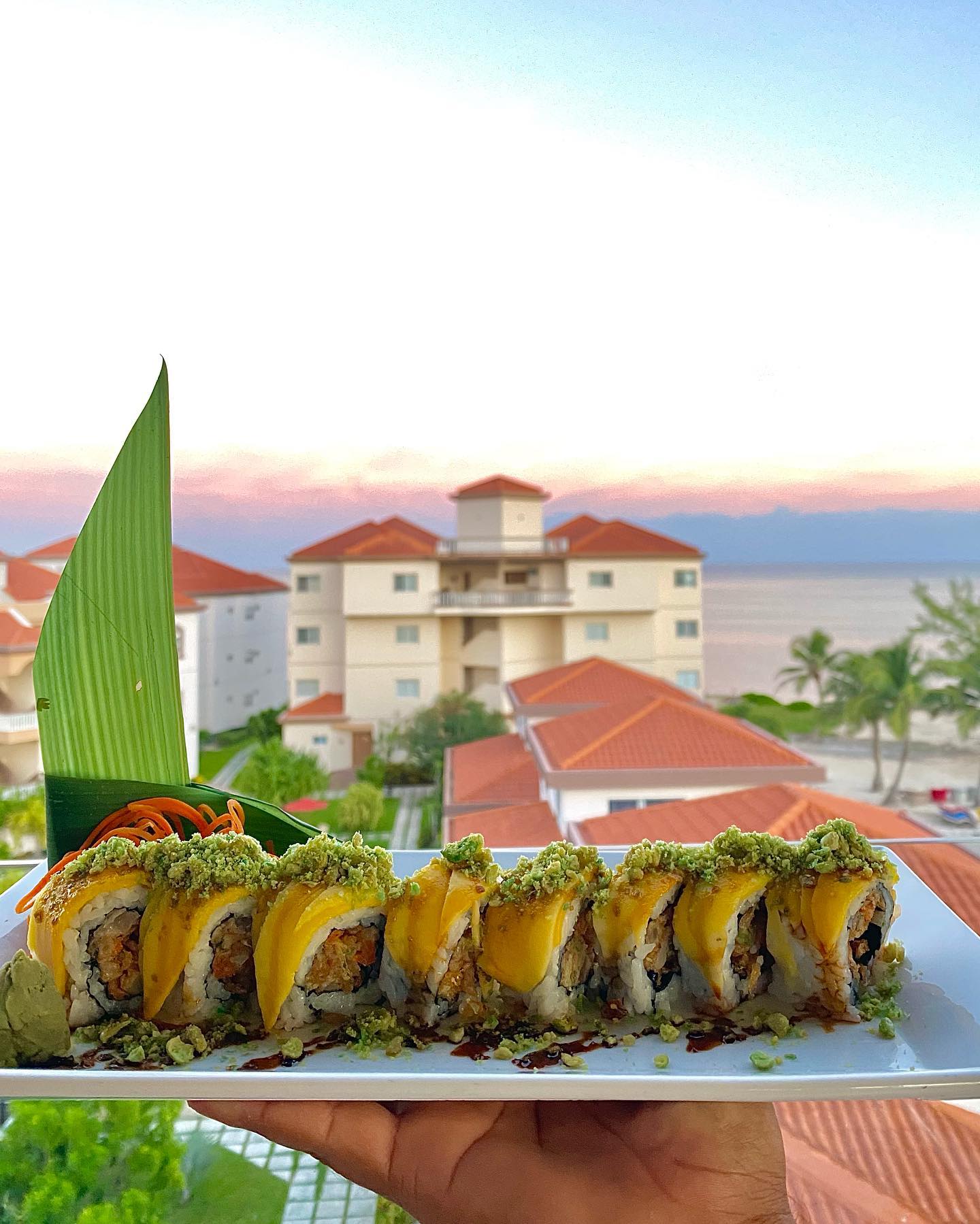 A local roll with mango. Image via Aqua Restaurant, the onsite eatery of Grand Caribe Belize.

Today, sushi is enjoyed around the globe and while it still holds true to its Asian roots, it has evolved to fit local tastes and influences. For example in the United States, the popular California Roll and Boston Roll were created to suit American taste buds. However, in Belize, we use local lionfish and fresh fruit like mango in our sushi.

The best places to eat sushi in Belize

Sushi in Belize is exceptionally tasty due to our easy access to fresh seafood and ingredients. From beachfront restaurants to city dweller favorites, these are our top choices for International Sushi Day in Belize. 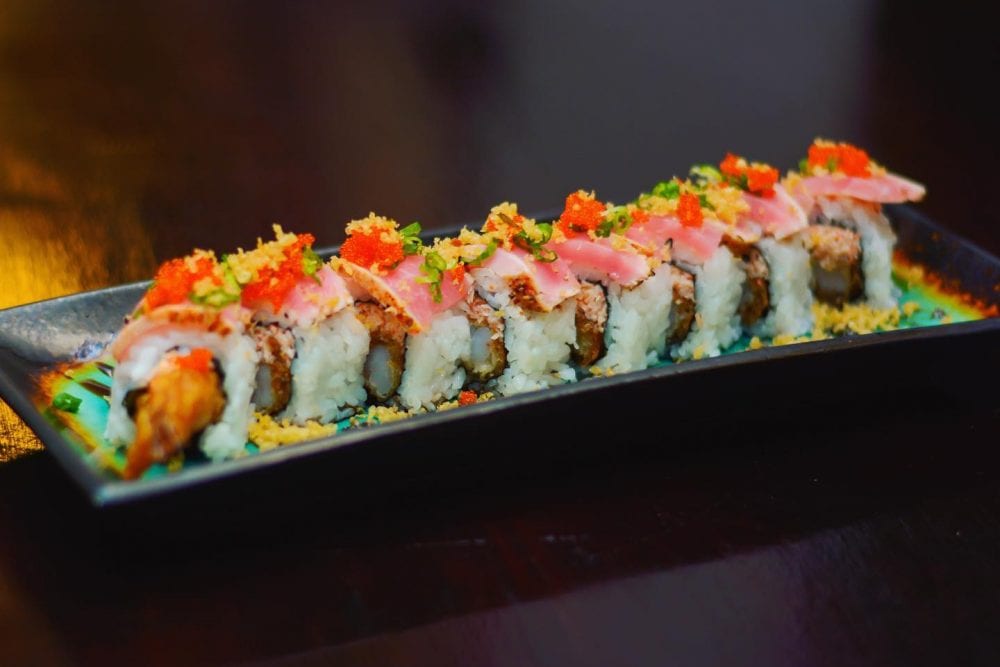 On the island of Ambergris Caye and located inside the Grand Caribe Hotel, this upscale dining venue offers Asian-influenced global cuisine with an emphasis on seafood and sushi. For a roll with a twist, try the Sake Paradise Roll – spicy salmon mix, fried plantain, yamagobo topped with blackened salmon, avocado, wasabi with sesame seed, and avocado cilantro crema.  Full menu here. 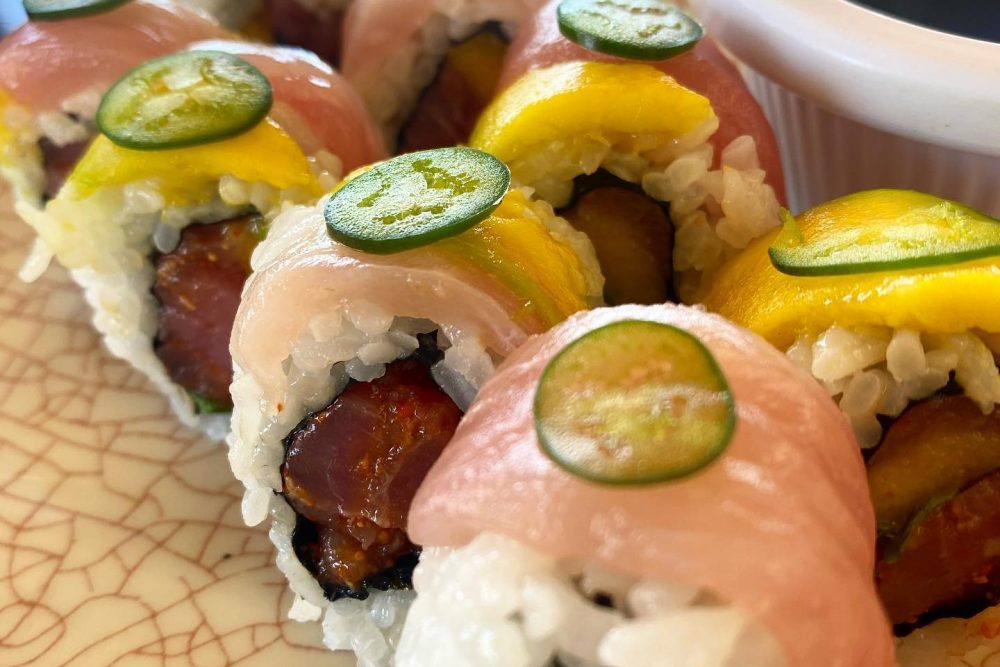 This beach-front restaurant in San Pedro, Belize is an island favorite for its central location onsite SunBreeze Hotel. The popular sushi nights are on select days of the week and feature delicious sushi rolls with fun local names like Julie Mango, Fyah, and Escondido. Full menu here. 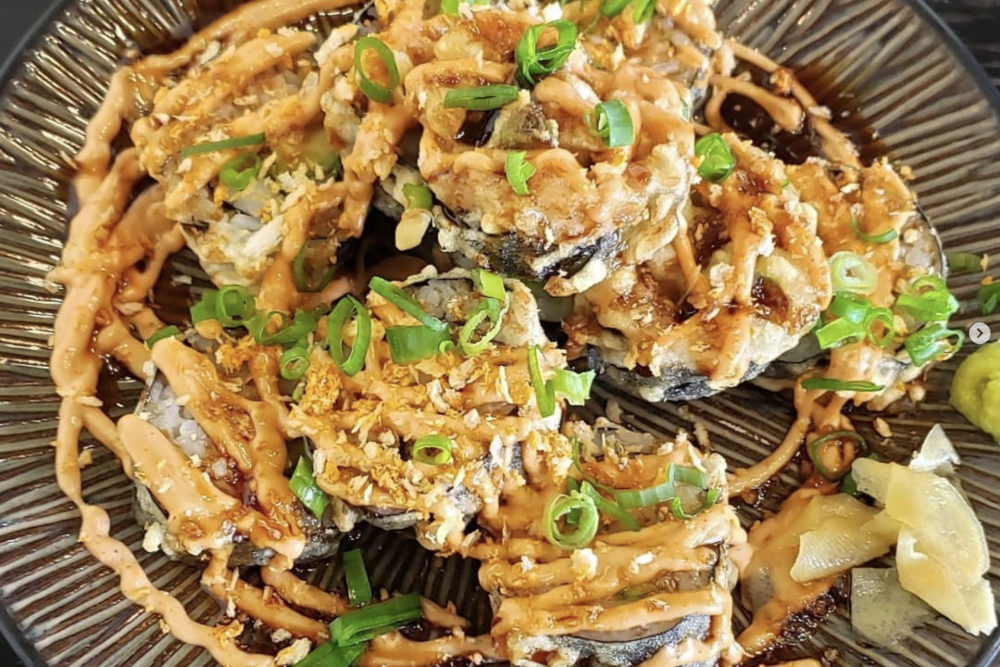 The Volcano Roll at Taka Kitchen.

If you craving sushi in Belize City, then Taka Kitchen is your best bet. Family-owned with outdoor seafront dining, Taka Kitchen is found on the promenade just a couple of minutes’ walk from the Radisson Ft. George Hotel & Marina. Try your sushi alongside traditional ramen, too. More information on Taka Kitchen here. 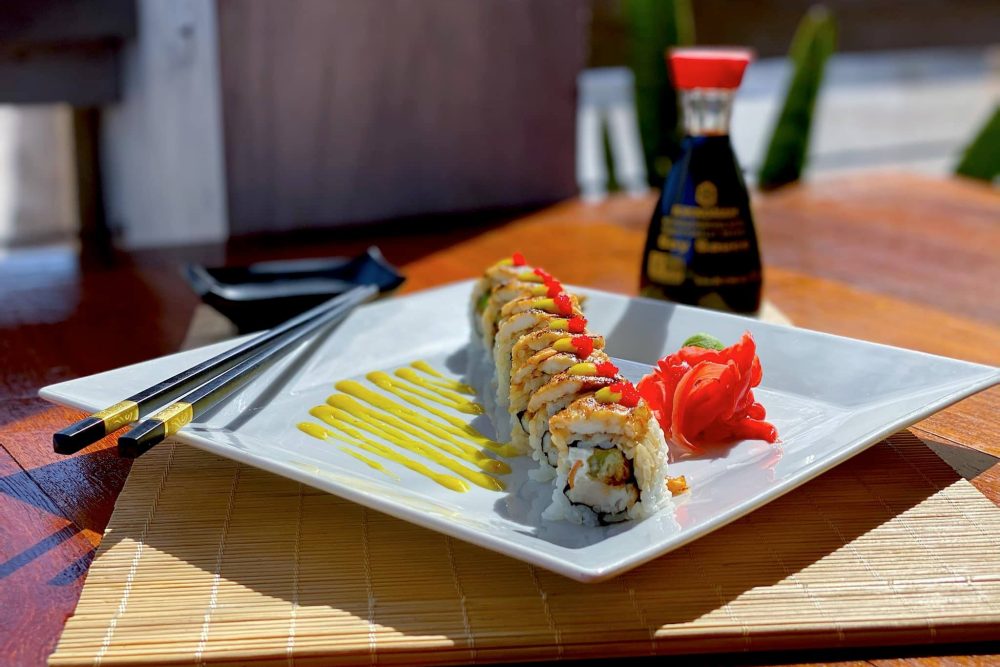 Another sushi spot on Ambergris Caye, JYOTO Japanese Restaurant is located in Mahogany Bay Village and is committed to offering the freshest and highest-grade sushi in Belize, sourcing fresh fish daily from local fishermen. Delight in exquisite sushi dishes prepared by Japanese master chef and owner, Toshiya Tsujimoto. A Cayo branch of JYOTO was opened in May 2021 at Cahal Pech Village Resort, for mainlanders with a craving while in Belize’s western interiors.

Choose any of these divine dining options in Belize and celebrate International Sushi Day on June 18! Header image via Blue Water Grill.

Step Back in Time at Victoria House...